Apple is ending support for 32-bit games with its upcoming iOS 11, launching this spring. That means developers are rushing to update their games with 64-bit infrastructure and, sadly, several unlucky games will vanish from the iOS App Store.

iOS 11 is currently in beta, but even now, some 32-bit games aren't showing up in the App Store. You can still search for them on Touch Arcade, and as Gizmodo's Rhett Jones points out, "If you use a direct link, the app is still available for download. What this means is you can still grab that old app that you meant to buy or would like to own again." That method will only work for a little bit longer, though; in the coming months, iOS 11 will drop support for 32-bit games completely.

Apple's abandonment of the 32-bit infrastructure forces mobile app developers to choose between updating their older games or leaving them to die. It's something that's been a long-time coming, a known inevitability since earlier this year. Most developers interviewed for this story are opting to put in the work to save their apps. Fantasy Flight Games, which has released several mobile versions of their board games, is updating older titles such as Hey, That's My Fish, Elder Sign: Omens and BattleLore: Command. "Fortunately, we have already taken steps to upgrade all three apps to support 64-bit architecture," Keith Hurley, Fantasy Flight's Vice President of Media & Interactive, told Kotaku. All three of their 32-bit games will be updated in time for iOS 11. 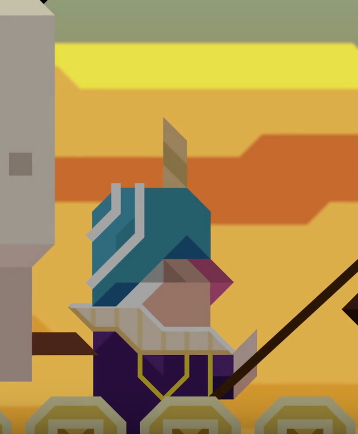 Richard Brooks, the Technical Director of Rodeo Games, says his team's already updated their titles Hunters 2 and Warhammer 40,000: Deathwatch and is currently fixing up Warhammer Quest, which was released before 64-bit iOS compatibility arrived. Even Ridiculous Fishing, a wildly popular game about fishing with chainsaws, is getting its 64-bit makeover after over three years since its last update.

It's difficult to determine how many games will vanish from the App Store. F5 Games' founder Brandon Pollet, who developed several games including IncrediBlox, told Kotaku that "most" of his games, like Pocket Heroes, won't make the cut. "We currently have five games that will be removed from the store when Apple kills 32 bit," Pollet told Kotaku, adding that's "basically our entire catalogue. It's possible that we could update two of them but the others would require a major rewrite." He clarified that that's not necessarily because of Apple; F5 used the software Corona SDK to build their games, and since the games' release, Corona SDK changed their graphics tech.

"To release a build that is 64-bit we would have to rewrite the graphics layer for the games," Pollet said.

Hopefully, 32-bit iOS games will be archived somewhere. But since the tech used to play them is dying out, many may become relics.