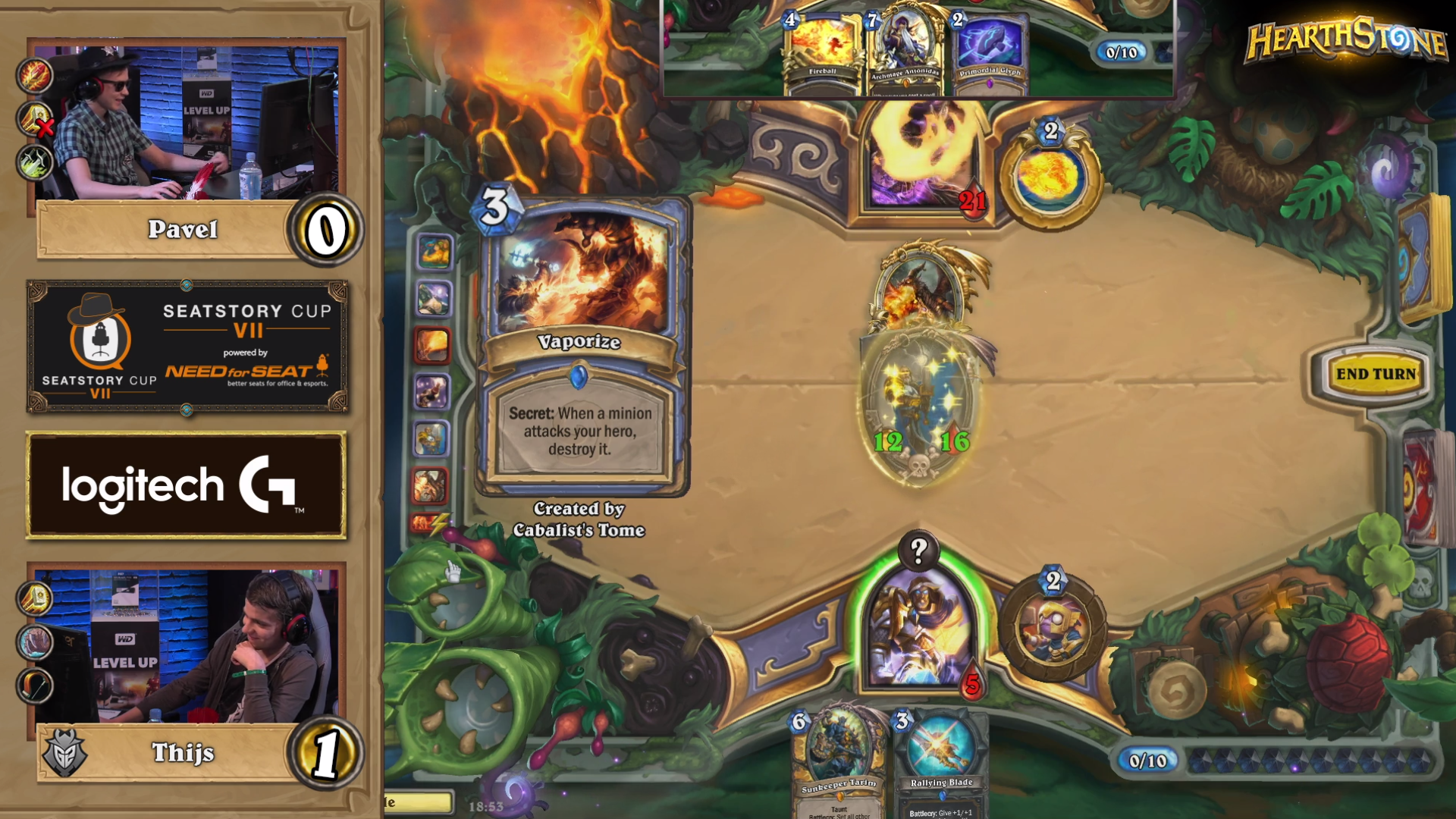 Hearthstone lesson #43: don't bet the farm against a Mage with secrets in play.

Pro Hearthstone player Thijs Moldendijk lived out a moment many virtual cardsharks are familiar with when he dumped a series of power-ups onto a Tirion Fordring, going straight for the face of Pavel Beltukov. Thijs knew he had a secret in play, which could have been anything from an Ice Block to a Mirror Entity.

Pavel, though, was sitting on a Vaporise, a secret that destroys a minion when it attacks your hero.

Smiling the whole time, Pavel pulls out a nearby toy gun and pops off a few clicks as the commentators note the "shots fired." The ongoing SeatStory Cup VII is a more laid-back tournament, encouraging players and commentators to get creative. What results is moments like above, or this gag played on Sebastian "Forsen" Fors after a 4-1 loss in the quarterfinals.

SeatStory Cup VII is wrapping up its grand finals tonight, and you can watch all the Hearthstone action play out on TaKeTV's Twitch channel.