Why Do So Many Black Superheroes Have Electricity Powers? 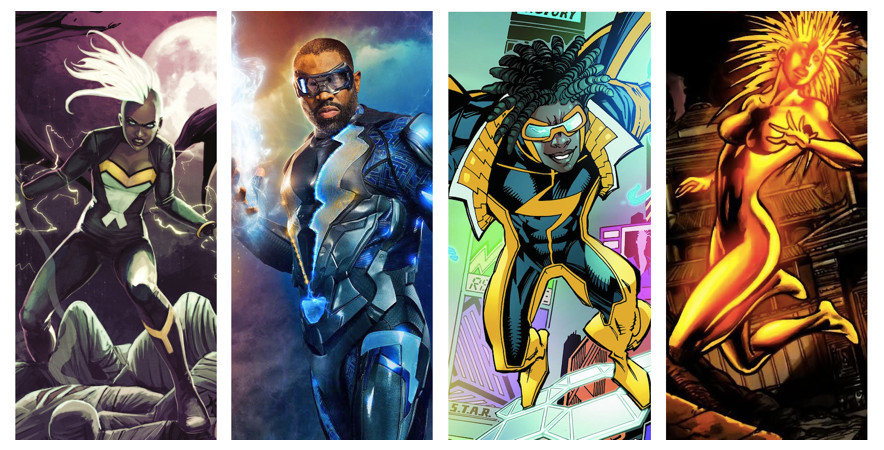 Growing up as a kid who loved comic books, I spent many an afternoon running around the park pretending to be a superhero fighting all manners of evil. Fun as it was, the process of picking out which superhero I wanted to be always stressed me out for one particular reason that still bothers me to this day.

Back then, it felt odd flipping through my mental Rolodex of characters and realising that, if I wanted to play as a black hero, it was almost guaranteed that I'd be doing jazz hands to simulate zapping people with lightning. See, there are a lot of black comic book characters with electricity-based superpowers. A lot.

Certainly, there are a number of differences between Storm, Black Lightning, (Black Lightning's daughter) Lightning, Black Vulcan, Juice, Static Shock and Shango the Thunderer. But there's also something about them all that feels derivative at best and stereotypical at worst, considering that the vast majority of the most popular black superhero characters were created by white men. (It's worth pointing out that Black Vulcan was created by Hanna-Barbera for the Superfriends cartoon, which producers felt needed a black character even though Black Lightning already existed. It's also worth pointing out Black Vulcan was created after Black Lightning's creator Tony Isabella left DC over creative differences.)

The earliest black superheroes such as Black Panther and Luke Cage crossed the comic book colour line with their technology and super strength, but over the years, electrokinesis has seemingly become to go-to power black characters are most often assigned. But why? 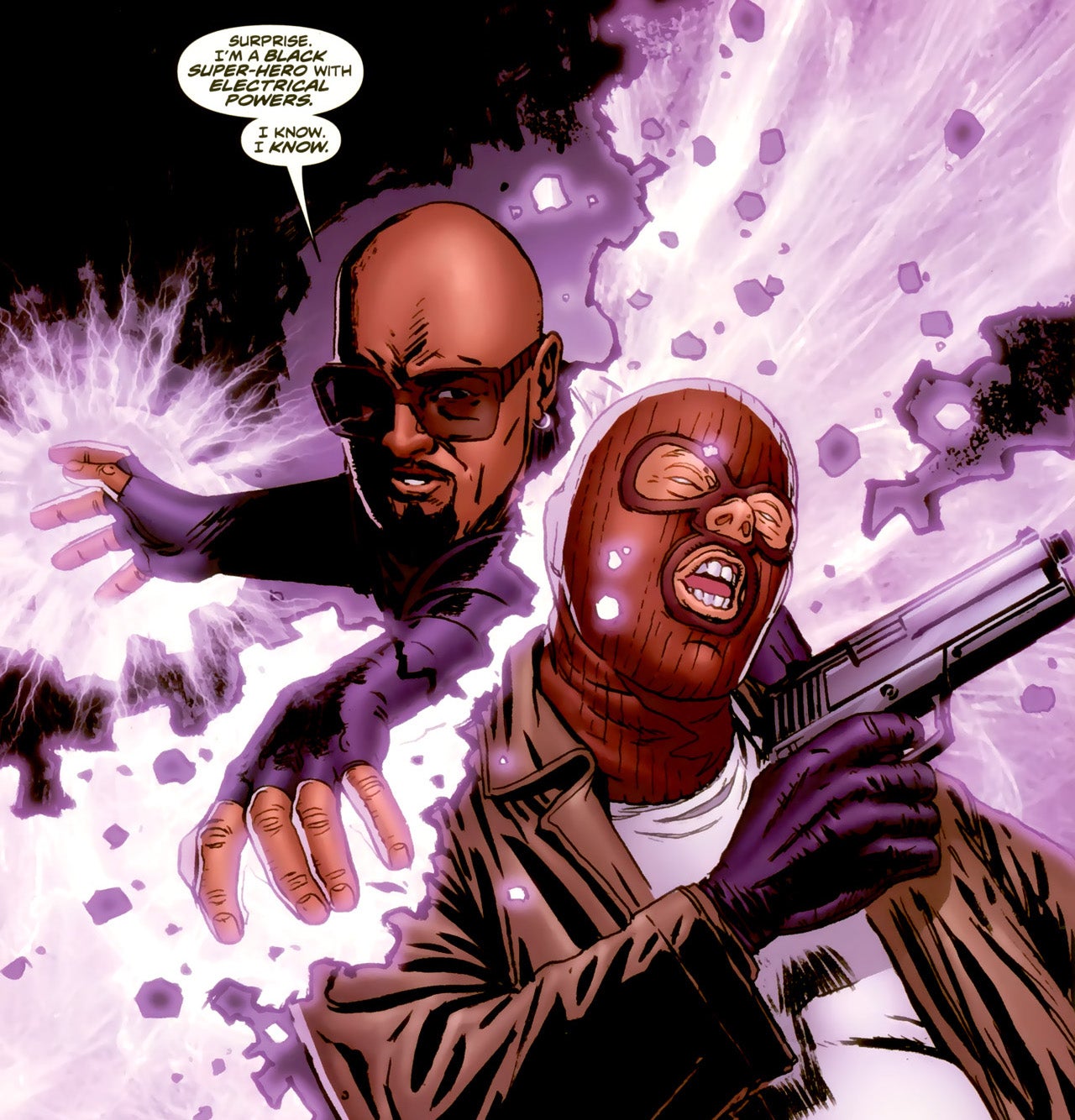 In the fifth issue of Mark Waid and Peter Krause's Irredeemable, Volt, a member of the book's answer to the Justice League, apprehends a kidnapper while sheepishly admitting to the people around him that yes, he's a black hero with electricity powers and yes, he knows that it's a Thing™, and he's kind of embarrassed about it.

While Volt's powers are a playful jab at superhero comics as a whole, they do raise a number of questions about what it means exactly when creators choose to turn black characters into walking, talking batteries. Taken purely at face value, it isn't difficult to understand what makes electrokinesis popular with creators. For one thing, it can make for some of the most visually arresting art you can imagine, and with the right sort of creativity, electrokinesis can be used in a variety of novel, clever ways beyond simply discharging energy.

Writer Matt Wayne has helped give Milestone Media and DC Comics' character Static his signature voice on a number of projects such as the Static Shock animated series, and various comics like Static and The Brave and the Bold: Milestone. When I spoke with Wayne recently, he assured me that, when creating a new character and deciding which powers they should have, every comics writer sits down and considers how similar their creation will end up to others that came before them. 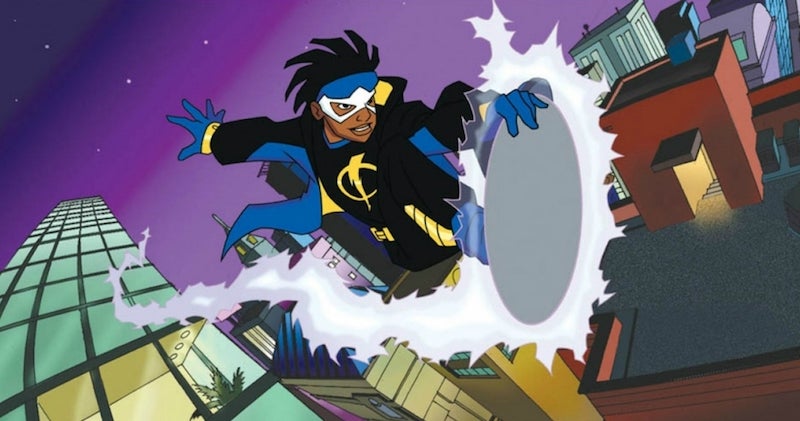 Static's powers, Wayne told me, were meant to be an extension of his geeky personality and the kinds of science fair projects he enjoyed working on. In other cases, though, Wayne reasoned that electrokinetic powers were the perfect way of having a black hero around who could participate in a fight, but not necessarily be the one to win the fight.

"I think maybe some of it is that these kinds of heroes are usually physically vulnerable. So they get their hits in and get taken out. There's definitely an unconscious undercutting of black heroes, keeping them just shy of being a heroic ideal, that used to be more pronounced," Wayne said. "In that vein, maybe electricity can be an unconscious expression of the hero's 'tamable' nature?"

While it's heartening to hear directly from a writer about how much thought they personally put into crafting a character's identity, the point still stands that black heroes with electrical powers are an established trope.

Personally, the thing that's always stuck with me about most black heroes with nature-based power sets is the very thin line writers and artists have to walk to make sure the character isn't being depicted as a "savage". The idea that black people are inherently closer to nature is one of the larger undertones to the problematic magical negro trope that many black characters are often hamstrung by.

The Black Electricity Trope reads like a distant cousin to the Magical Negro, in that they're both established formulations of a character whose most defining qualities are a preternatural understanding and command of natural force. 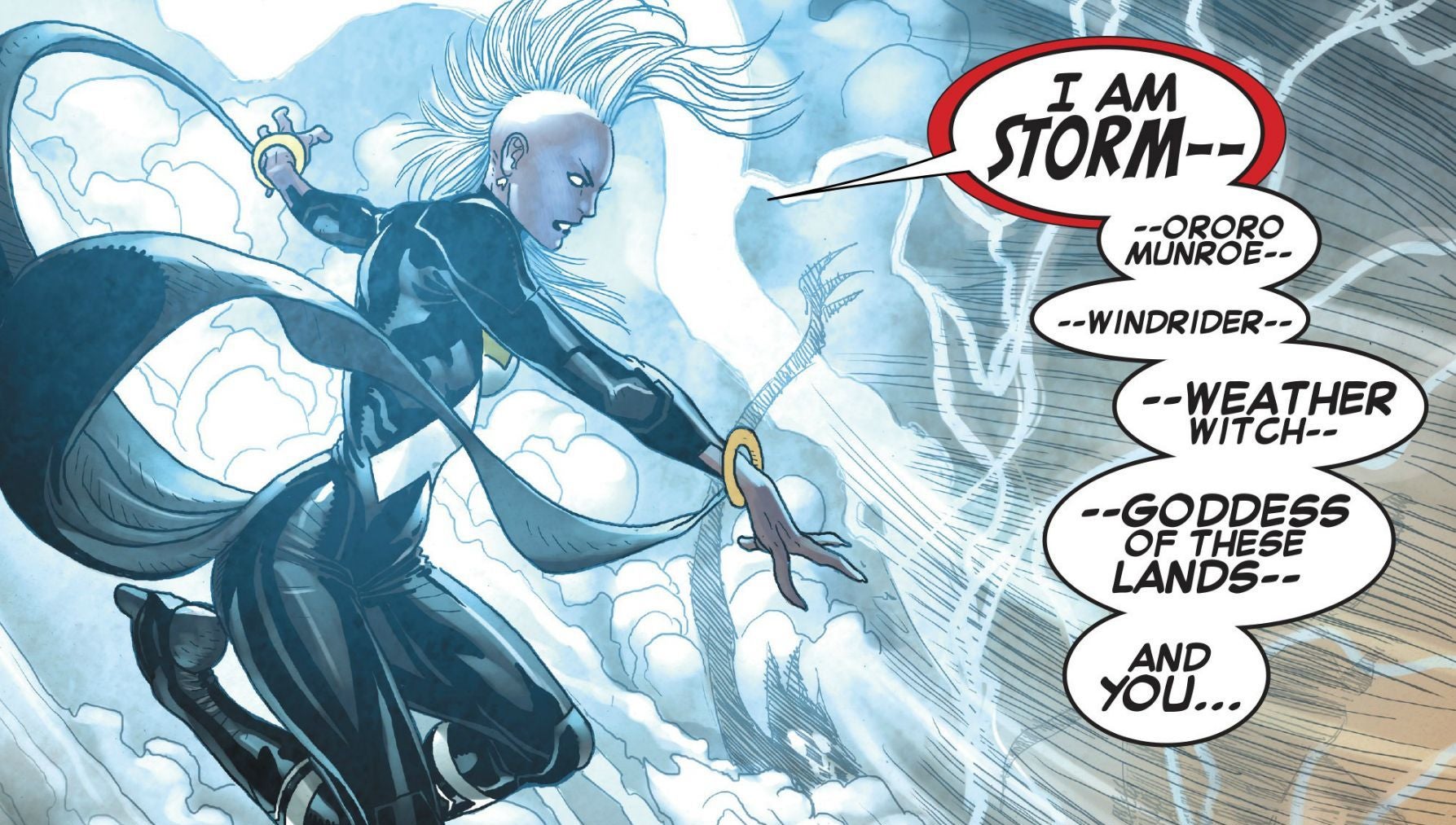 It goes without saying that Storm is perhaps the most iconic example of a the Black Electricity Trope, but she's also a character who's transcended much of its limitations as a result of being written and depicted thoughtfully across a variety of different mediums. Storm isn't just a black hero who throws lightning bolts, she's one of the most complicated and nuanced comic book characters created in the past 40 years.

We've seen Storm as both a lethal weather goddess and a vulnerable human. She's incredibly strong, but you always get the sense that at the centre of whatever devastating weather phenomena she's manifested, there's a human who's just as powerful even when she doesn't have her powers.

It's that sort of solid characterisation and fleshing out of a personality, Wayne told me, that's the key making sure that a character doesn't become reduced to a two-dimensional stereotype.

"Know who your character is. Black Lightning wouldn't defeat a villain the same way that Static would," Wayne said. "Although, Black Vulcan's approach would probably be indistinguishable from Black Lightning's. The only difference would be who gets paid."