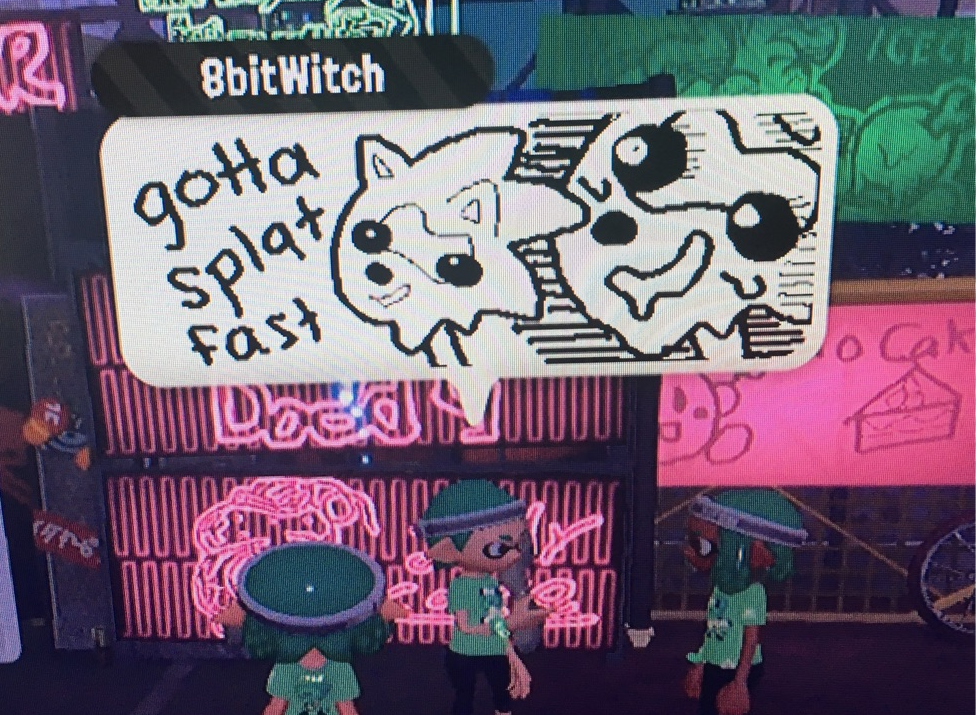 Ahead of Splatoon 2's release this week, Nintendo hosted a Splatfest event this weekend where players competed on either Team Ice Cream or Team Cake to decide which was best and collect in-game rewards. Team Ice Cream finished with more points, but the real winner was this rad sonic meme.

Ice cream is now LEGALLY better than cake, this is the Splatoon lore we signed up for in Splatoon 2 pic.twitter.com/qW8kI0LD2K

In Splatoon 2 you can draw stuff for others to see in the game's lobby. It's just one of the small but significant social touches that makes the game fun, intimate, and just a really nice place to hang.

Going along with the weekend's Splatfest theme, lots of the drawings being shared were in favour of one side or another, including the above rendition of the Gumball Eyes meme.

You remember those Sonic popsicles? A frozen treat manufactured by Blue Bunny and distributed by mercenary ice cream trucks across the country, they were blue and white, with pieces of bubble gum for eyes, roughly approximating the shape of Sega's mascot. Well the freelance artist 8bitWitch stacked memes on top of memes with a drawing that went viral in the Splatoon community (gotta go fast plus gumball eyes plus Nintendo's manufactured war between two perfectly complimentary deserts).

Oh god there it is. My reddit legacy is a shitty sanic ice cream https://t.co/IH7yjTw9vg

Ostensibly the drawing was in favour of Team Ice Cream since the original Gumball Eyes were allegedly ice cream, even though anyone who's ever eaten one knows that it was in fact some hybrid of sugary, sub-zero chemicals that transcended all existing categories of snack. And naturally Sonic's melting in the pick, just like the real Gumball Eyes did the minute you took them out of their wrappers. 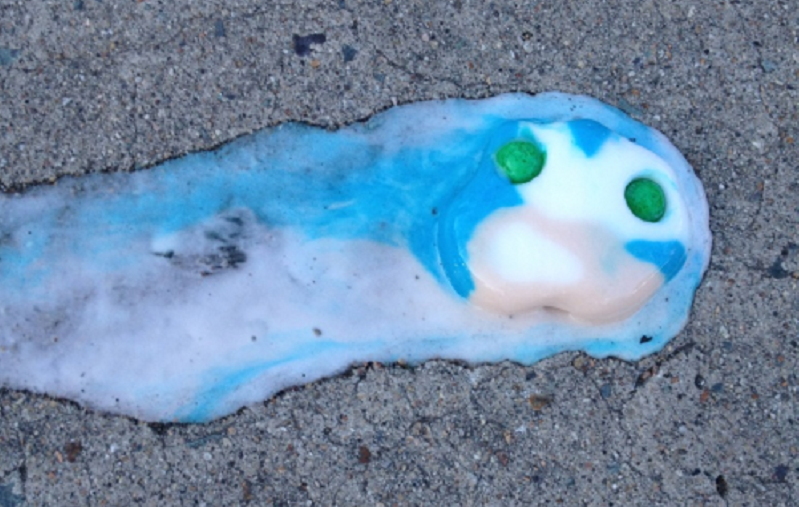 It's the kind of desert that's so much more delicious in theory than in actuality. But sometimes a good idea can overcome any shortcomings in its execution. Who among us didn't feel like they could go fast after getting brain freeze and a belly full of Blue #12 only to trip over a crack in the pavement and split their lip open? Life used to be full of so many comforting binaries. Sonic, yum! Ground, ouch!

Such is the power of nostalgia when it can be channelled directly into our hearts through an iconic image or marketing mascot. Hence why there remains so much love for such a crass money grab from the late 90s. And why Sonic has found itself in an unlikely renaissance decades later, with a steady stream of new games and memes on the way. And even why an unlikely sanic doodle could find so much love with an ageing population of millennial gamers.

It's also a great encapsulation of how Nintendo's extremely conservative and often idiosyncratic approach to social interaction in games can pay unexpected dividends (like encouraging everyone to channel their love of the Great British Bake Off into a meta game that's completely beside the point). The Switch didn't launch with voice chat capabilities, and the solution for games like Splatoon 2 is kind of a mess.

But I'd still take the surprise of a weird and funny joke popping up in the Splatoon 2 lobby over strangers flaming me any day. Sometimes its better when people's thoughts, emotions, and intentions online are transmitted through the bizarre, non-verbal particulars of a video game.