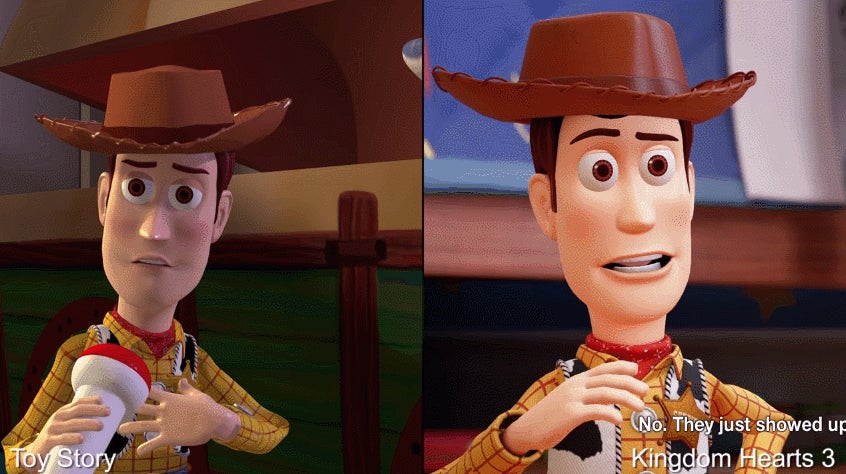 Immediately after it was revealed that Toy Story would be coming to Kingdom Hearts III, people started comparing the game versions of characters like Woody and Rex to Toy Story movie ones. A new Digital Foundry report shows just how faithfully the game appears to recreate them based on the latest trailer.

Toy Story 1 on the left. Kingdom Hearts 3 on the right. We arrived yet? pic.twitter.com/zCdiW0YdrO

Toy Story came out just over two decades ago, so hopefully video games have arrived, at least to the point CGI movies were back in 1995 (Square itself produced one in 2001, a project which flew too close to the sun and nearly destroyed the company). But as side-by-side comparisons completed by Digital Foundry show, the Kingdom Hearts 3 take on Toy Story looks even more robust than its source material in some respects.

Pixar had to manually place light sources within scenes to perfect the highlights on plastic toy surfaces throughout the film, but with some help from Unreal 4, Kingdom Hearts III is able to fold those effects more realistically into the characters' overall appearance. The lighting effects don't have to come at the expense of detailed textures, and the game's ambient occlusion effects arguably help give its characters a little more depth. 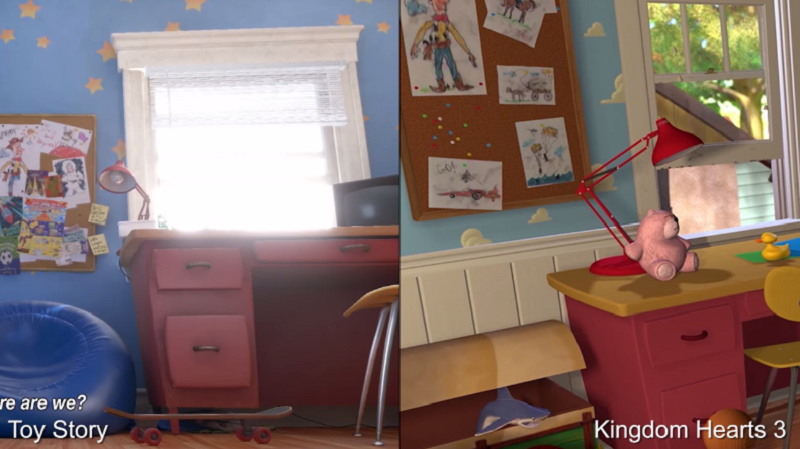 The report adds that the game really excels when it comes to environments, which, while static and somewhat deadened in the film, appear much more vibrant and dynamic in the game:

"Looking to the garden next, the lighting model in Unreal Engine 4's influence is felt heavily. Everything has a sense of depth; with grass properly shaded across the lawn. In fact, each tuft of grass moves underneath Sora's feet dynamically, a big upgrade over the static, rigid foliage geometry of the film."

The only shortcoming of the footage shown for the game comes in shadow culling, which, since Kingdom Hearts 3 has to render it in real time, is less detailed than the pre-rendered film equivalent. Games try to get around this by making nearer visual effects more detailed and cutting corners on the stuff farther off, but for large areas with lots going on, some amount of pop-in as the player roams around is more or less inevitable. 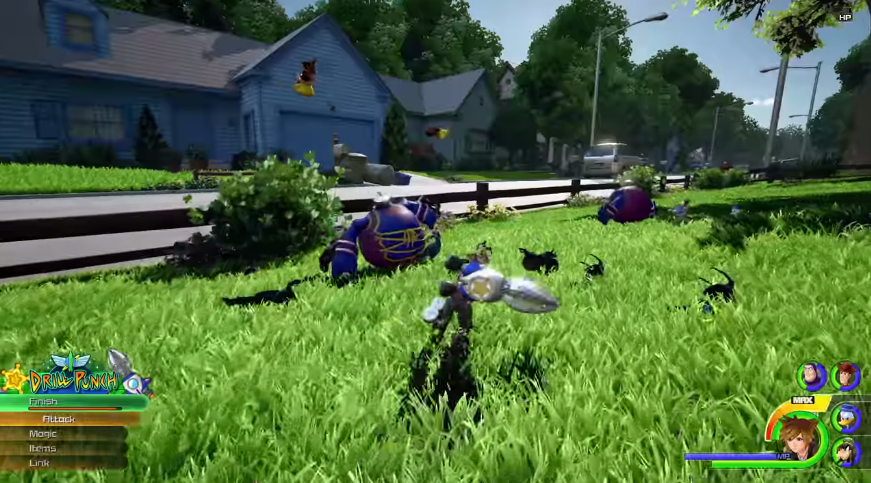 Of all the things from the recent trailer though, the lawns are still my favourite. Between the different blades moving beneath Sora's feet and the way it looks beneath everything's shadow, it looks and feels like a perfect callback to when I used to muck around the lawn with my own action figures.

And that's no doubt part of why the Toy Story announcement has been such a big deal for fans of the game, and something of a special benchmark for people who have grown up with the medium and seen it evolve before their eyes.

Seeing Toy Story as a kid was like catching a glimpse of a future where cartoons could be lifelike and hyper-real at the same time and seeing the movie finally incorporated into Kingdom Hearts, something director Tetsuya Nomura has been trying to do as far back as the Kingdom Hearts II remake, is a reminder that those cinematic CGI masterpieces can now be made into fully playable worlds.