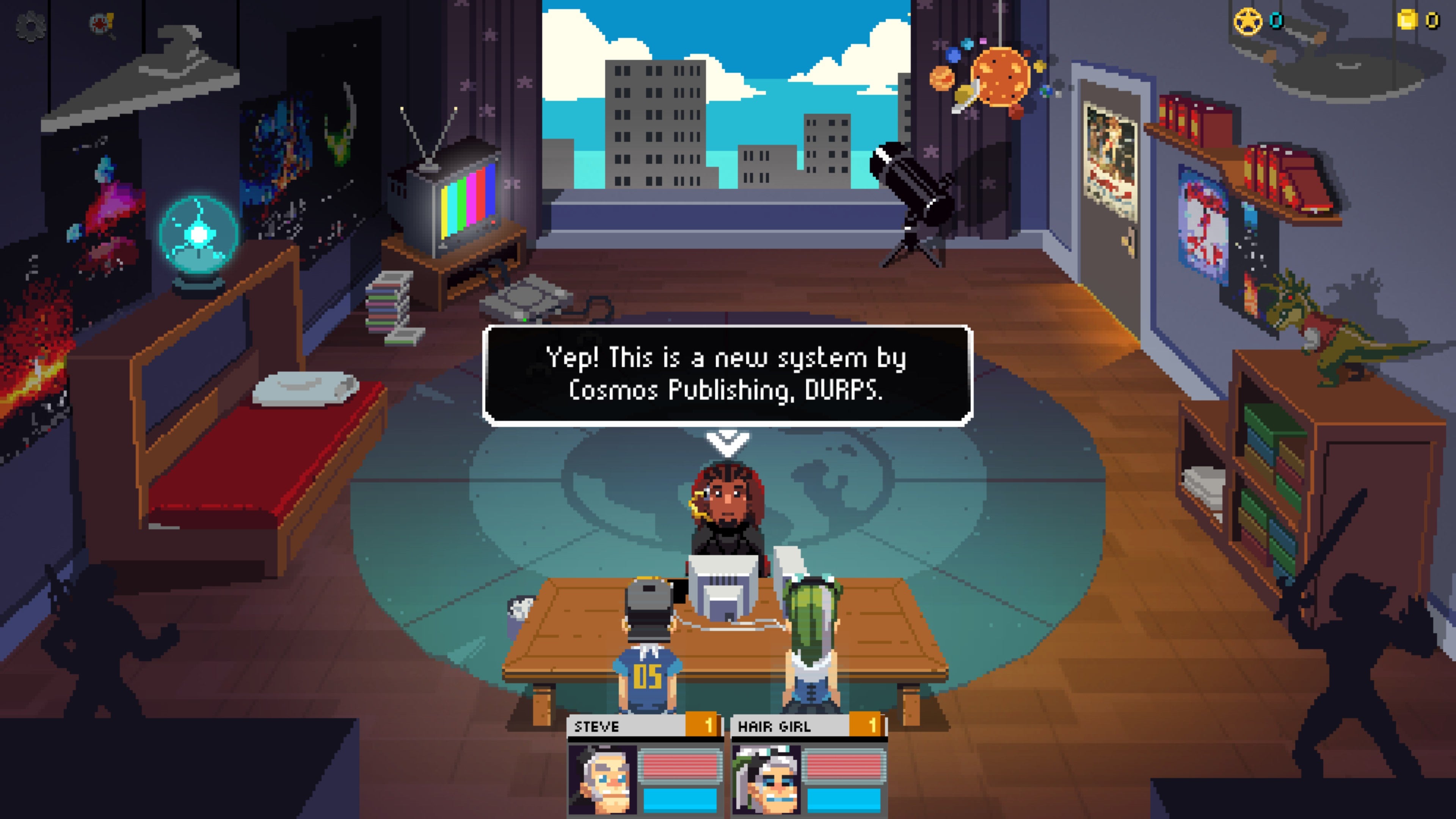 In 2012, Brazil's Behold Studios released Knights of Pen and Paper, a video game that captured the experience of a bunch of players sitting around a table playing a fantasy role-playing game. Galaxy of Pen and Paper, available today on PC, iOS and Android, does the same thing, only better, and in space.

The game begins with players creating a game master, decking him or her out in appropriate science fiction-themed attire. Then they generate a pair of players to start off the role-playing group. 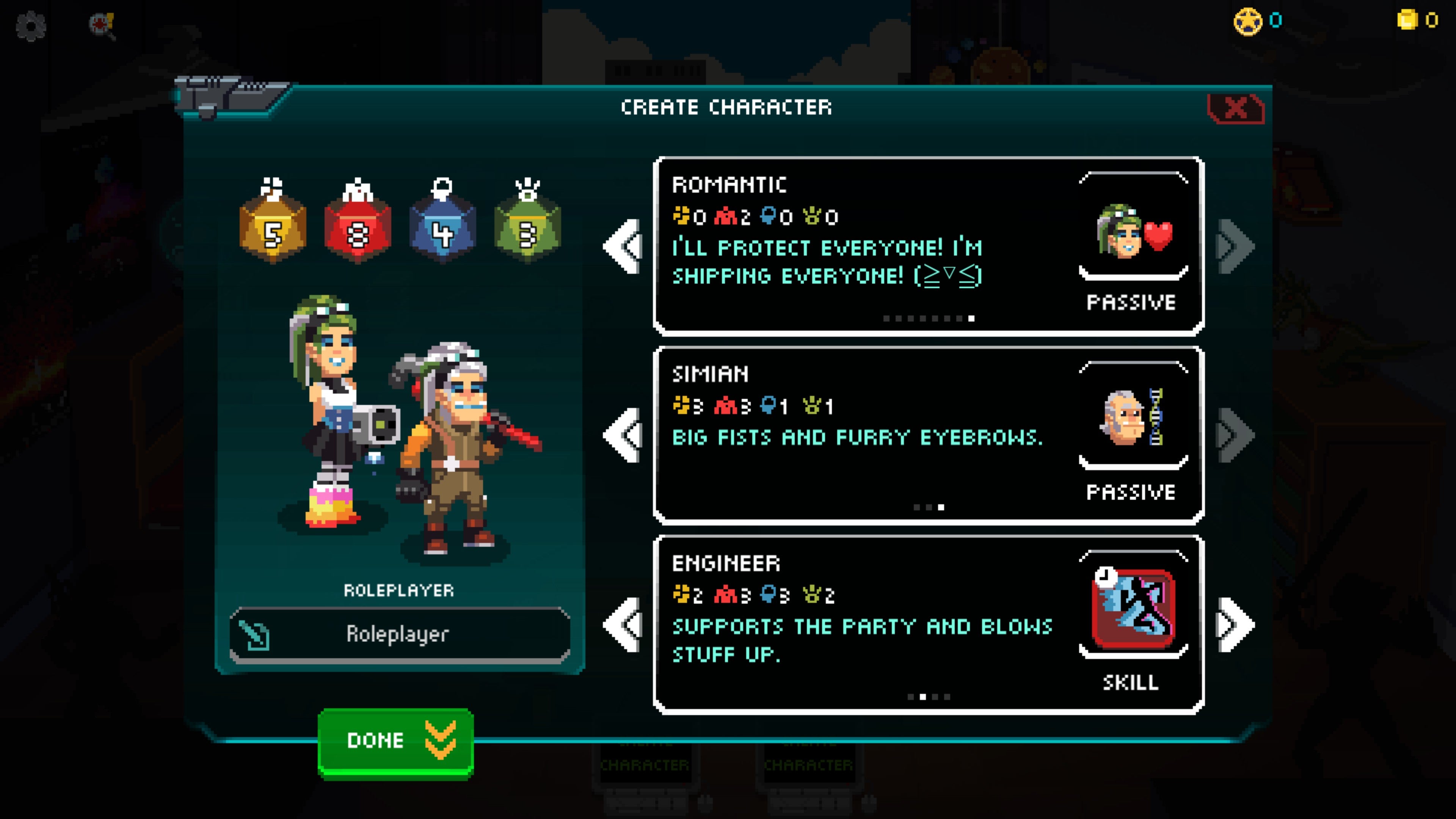 Once the gaming table is set, the GM sets the stage. The player characters are on the desert planet of Tanton (it had to be a desert planet), where they find themselves beholden to the slimy owner of a shipyard packed with cartoon and movie references. 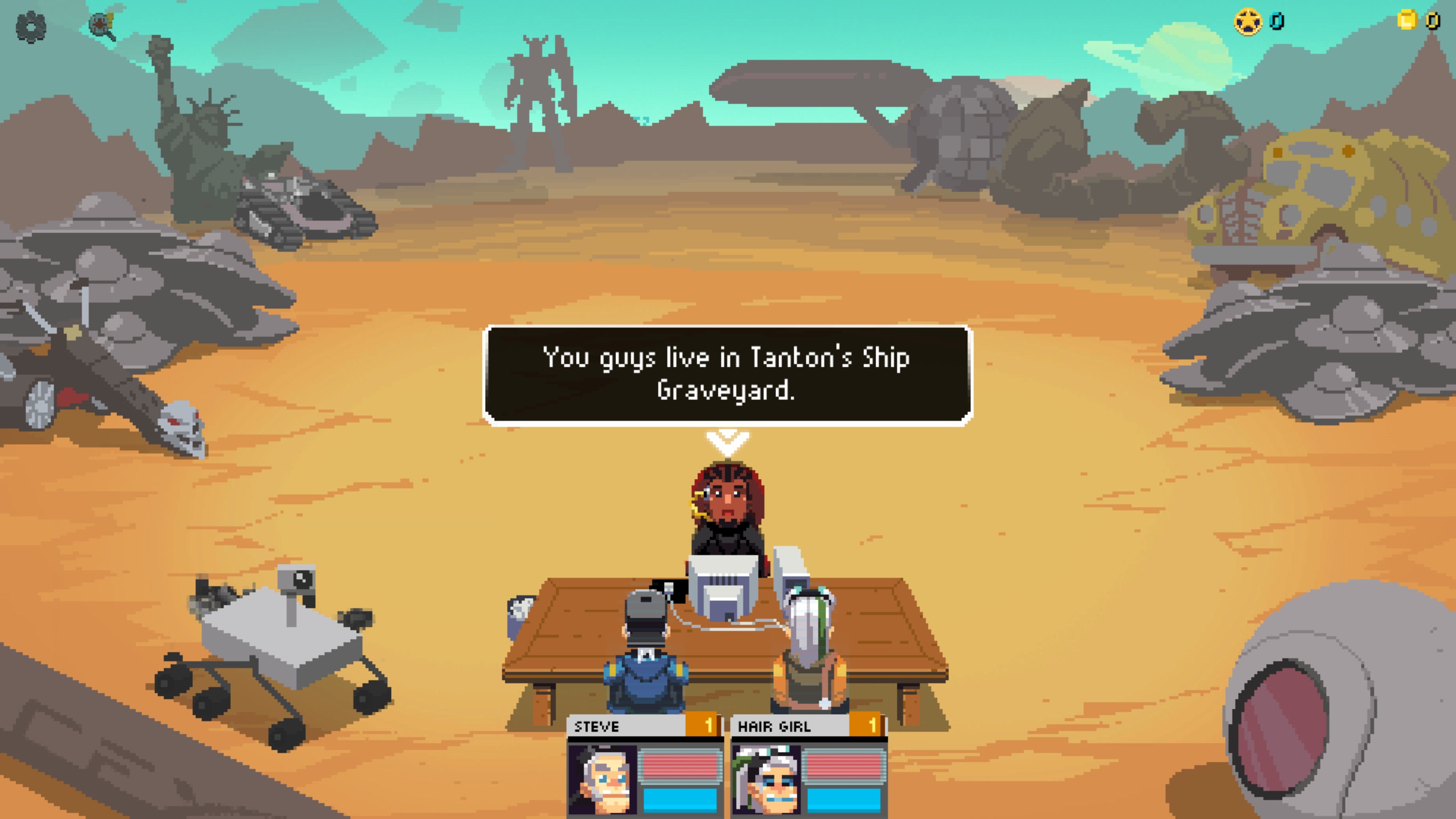 The shipyard owner sends the players off on their first "adventure," ridding one of his warehouses of some insectoid vermin. After talking doesn't work (it rarely does), the players engage the insects in turn-based combat. Initiative is rolled (behind the GM's screen, of course) and players use the abilities bestowed by their choice of profession to give the bugs a beatdown. It's pretty simple, but fun. 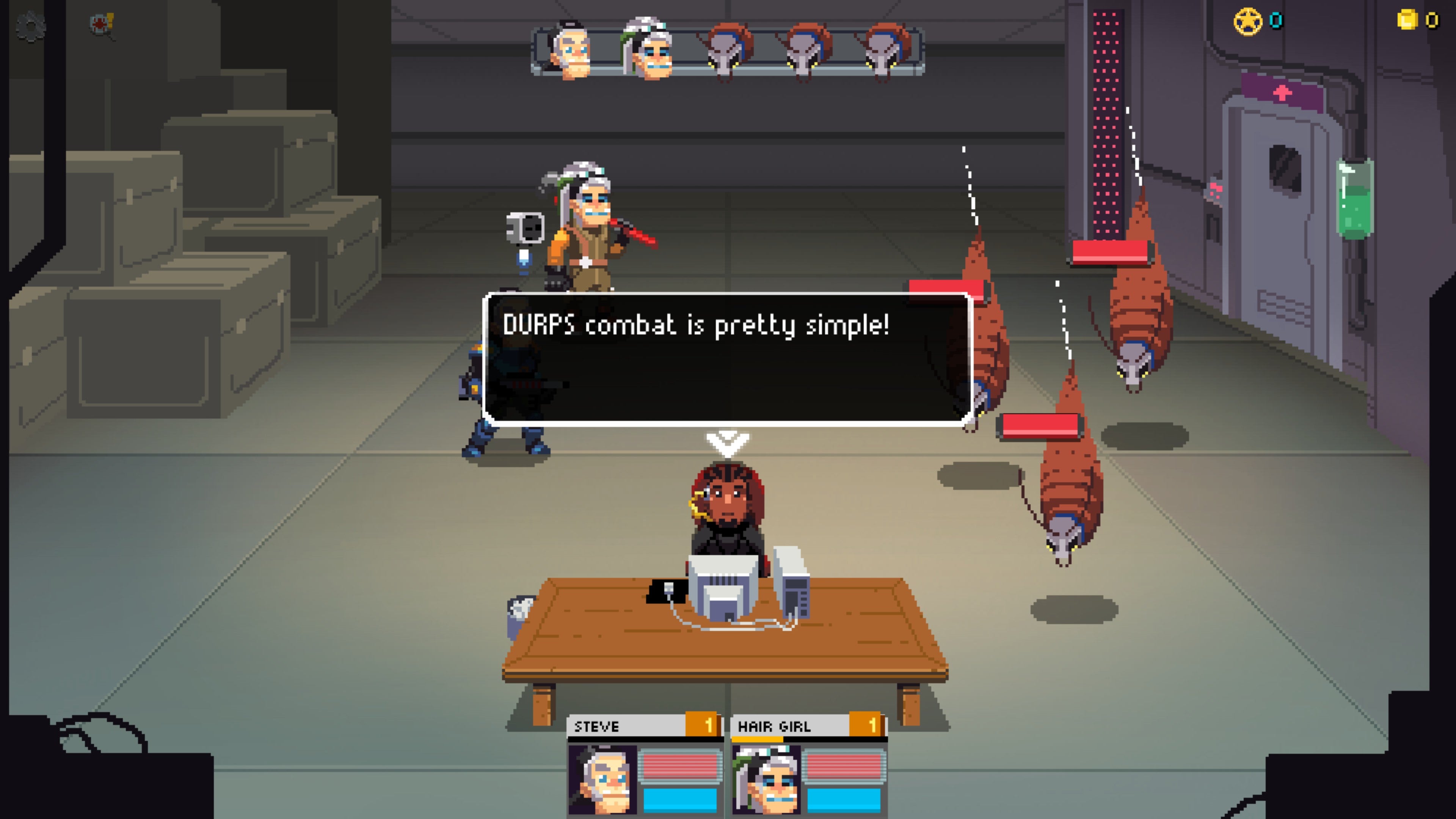 I just said that.

After battle, experience points are doled out, player characters level up, new skills are chosen and the narrative progresses. 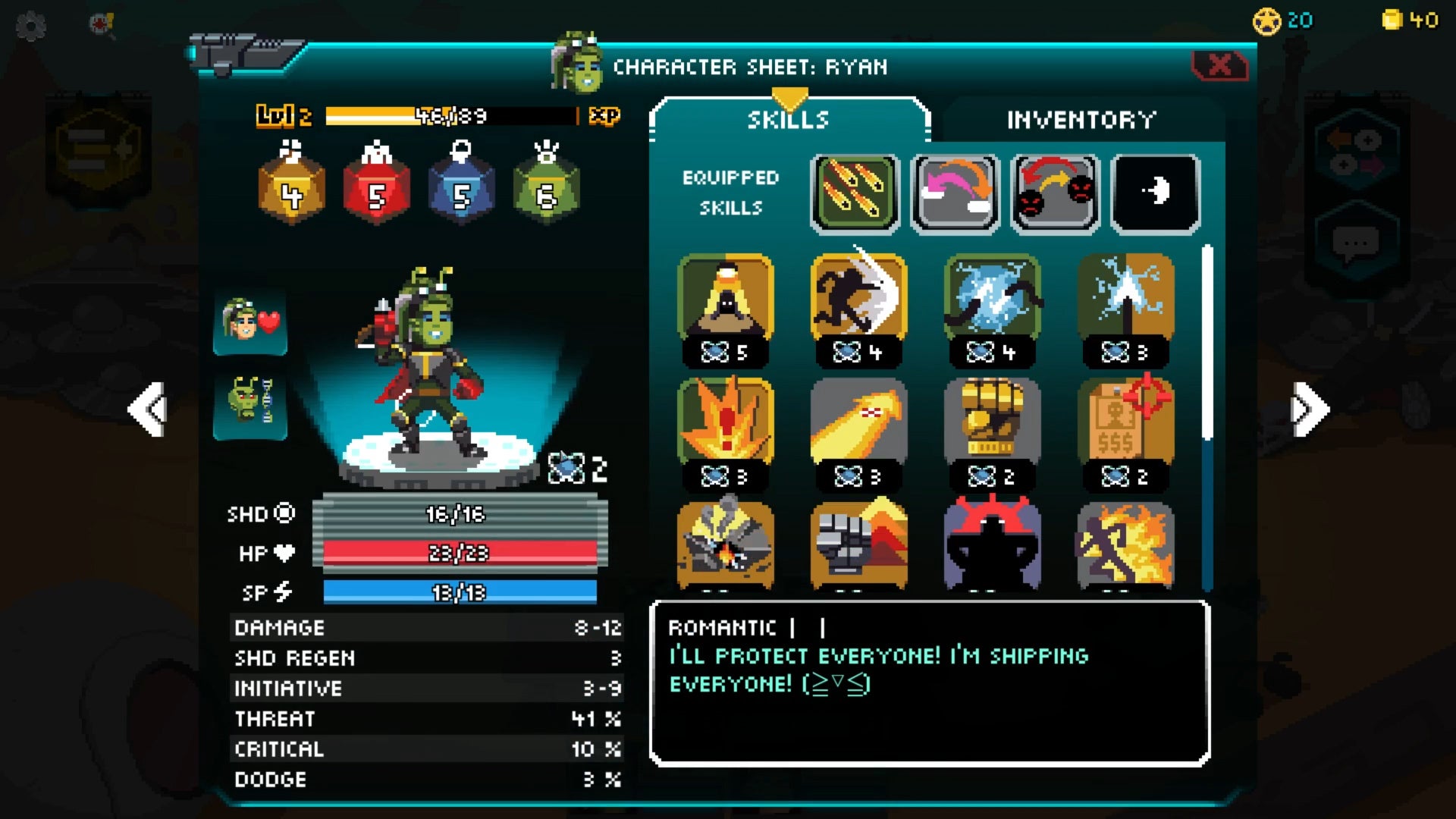 There's a story in Galaxy of Pen and Paper — no self-respecting game master would start a session without one — but as the game progresses the player gains the ability to generate missions of various types, giving the player characters new ways to earn loot and experience.

I streamed a large chunk of the game to Facebook today, an excerpt of which you can watch below. Pay attention to the music, which is some excellent synthetic '80s goodness.

You can watch the entire Facebook stream in archive form here.

I've not played a large amount of Galaxy of Pen and Paper, but I love what I've seen so far. Behold Studios has kicked things up a notch for this game. The music and presentation are a cut above the older games, the humour is on point, and they have worked in a special system for ship battles. The only downside so far is they didn't call it Space Knights of Pen and Paper. 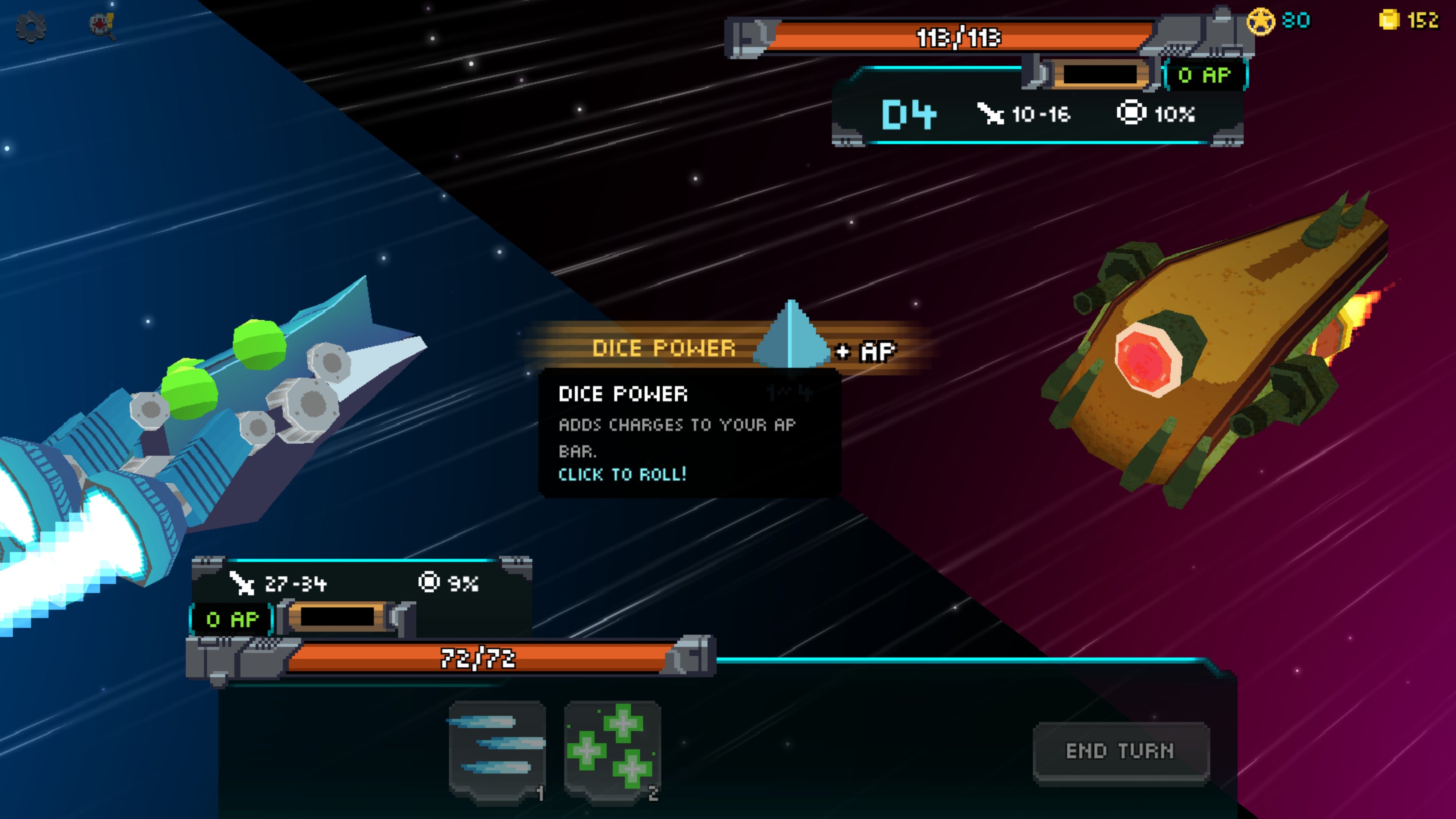 Galaxy of Pen and Paper is now available on Steam, iOS and Android. 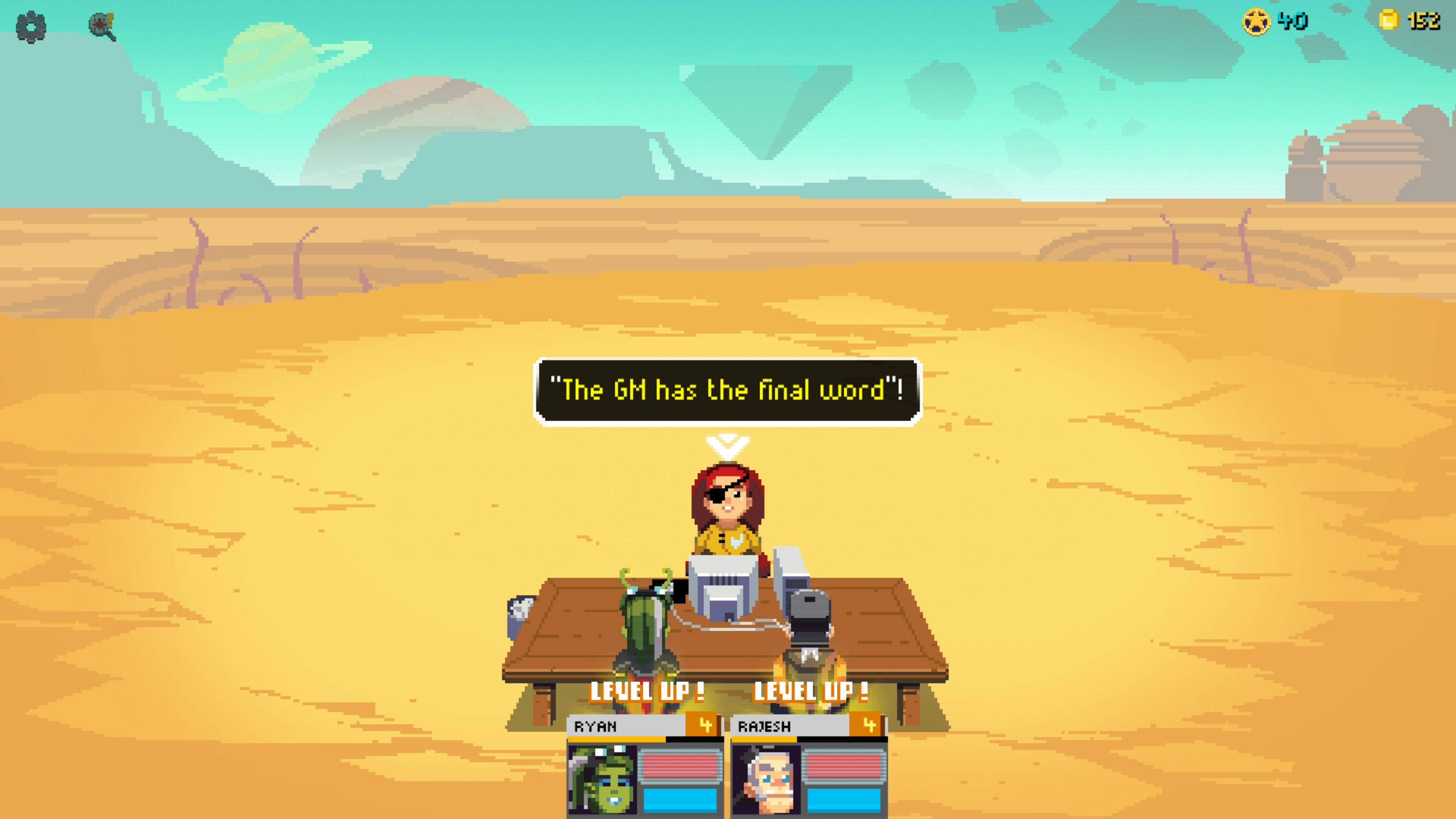