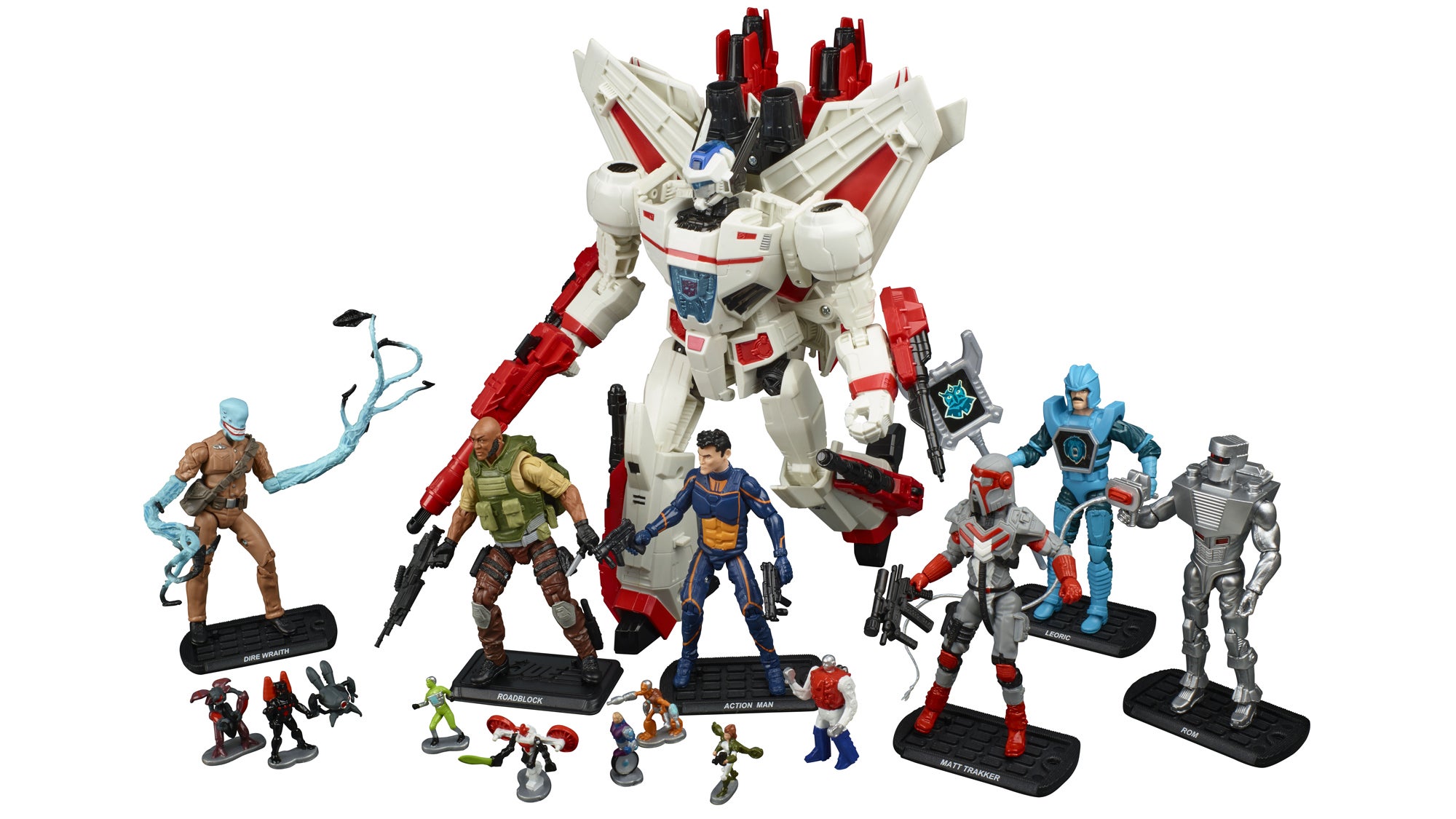 The 2017 San Diego Comic-Con is a little over a week away, which means toymakers are running out of time to hype their convention exclusives. Most should probably just give up now, though, because Hasbro's latest Comic-Con exclusive reveal is essentially irresistible '80s nerd catnip.

Based on the IDW Comics series Revolution, a crossover of Hasbro's most popular '80s toy lines with a graphic novel facelift that brought together all of IDW's Hasbro comics into a single shared universe, the Revolution Comic Crossover Preview Mega-Set will include 16 characters from the comics including Transformers' Jetfire, GI Joe's Roadblock, MASK's Matt Tracker, Visionaries' Leoric, Rom the Spaceknight's Rom and a Dire Wraith, as well as a team of Micronauts that includes Biotron. 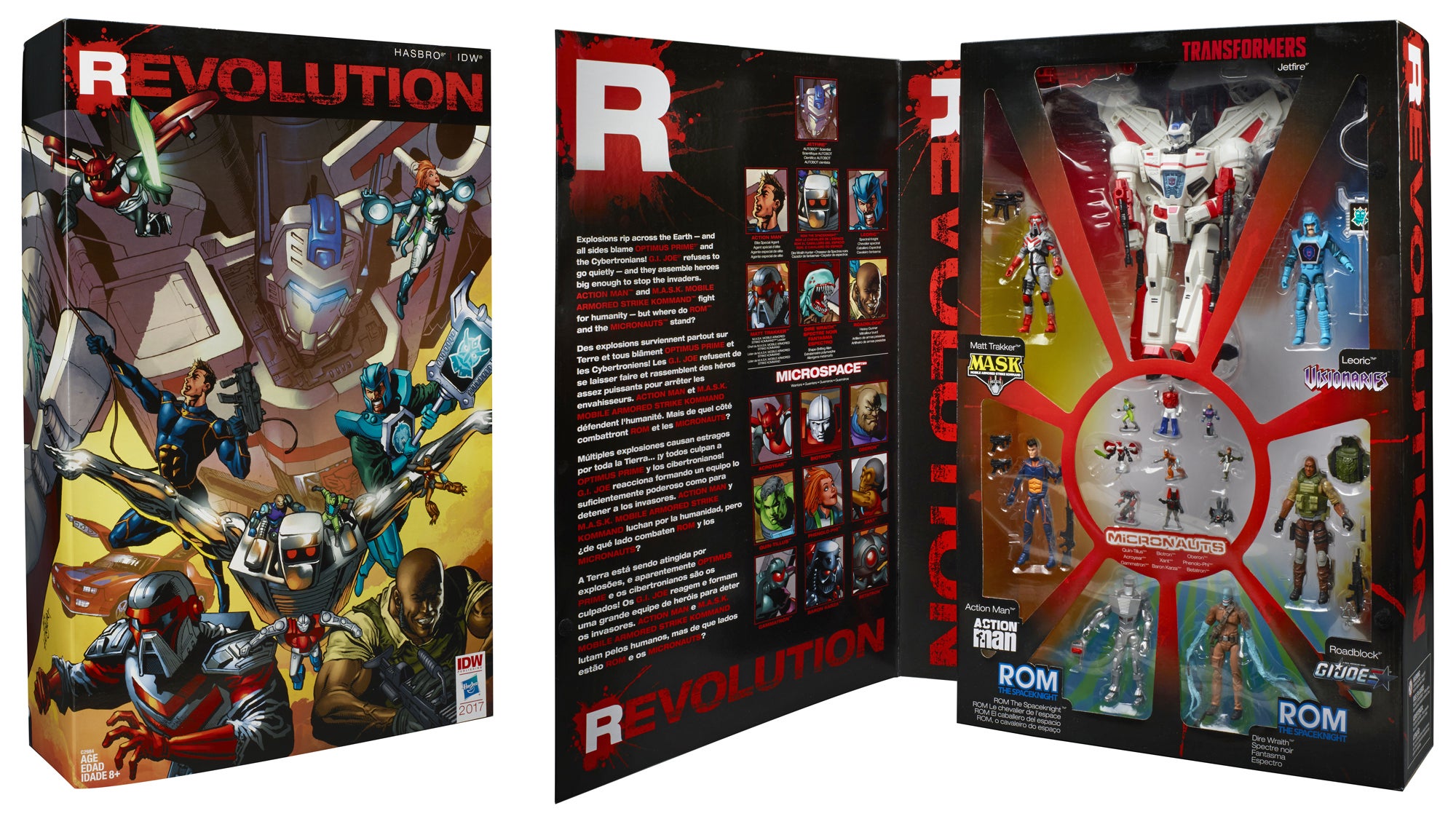 Initially available exclusively from Hasbro's booth (#3329) on the Comic-Con show floor, this cattle call of '80s nostalgia will set you back $US100 ($131) if you're willing to wait in line for it. If you're not, or if you can't make it to San Diego next week, the set will also be available at HasbroToyShop.com after the convention closes, but in limited stock.