In Master Mode, Breath Of The Wild's Starting Area Is The Game At Its Best 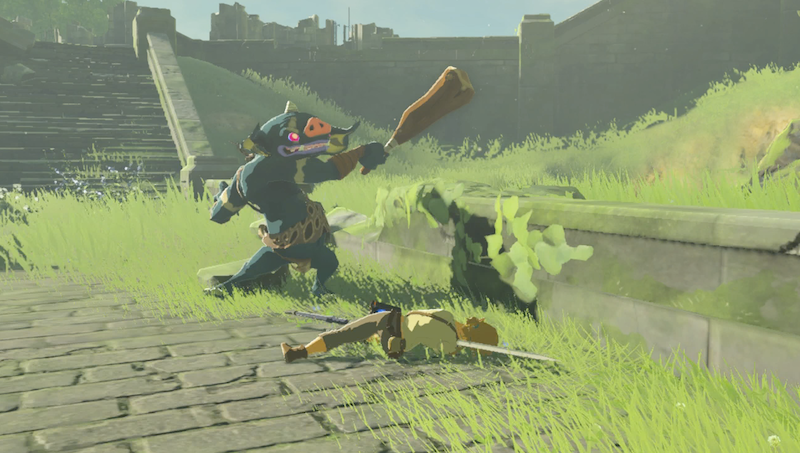 The first thing you'll discover in Zelda: Breath of the Wild's new "Master Mode" difficulty is that combat isn't worth it. You don't want a fight. Run away.

The new difficulty setting came out a couple of weeks ago with the Master Trials DLC, the first of two planned downloadable expansions for Breath of the Wild. Most of the DLC adds things to your existing game — a series of challenge dungeons, a mask that detects collectable Korok Seeds, a stylin' Tingle outfit — but Master Mode stands alone. If you select it in the main menu, you'll have to start a brand new game on a new save file.

I had been initially disappointed that Master Mode wouldn't allow me to incorporate my existing save and progress. But after playing the Master Trials, each of which forces you to begin with no equipment and thus requires careful and creative strategy to progress, I realised I was hungrier for a fresh Zelda challenge than I had realised. The Link in my Normal Mode game has seemingly endless hearts and stamina. He's weighted down with fully upgraded armour and mighty weapons. He has more raw cooking ingredients than a Harris Farm Market, more delicious food than a Woolworths stockroom. There isn't a challenge he can't meet with ease. Master Mode Link has a much tougher go of it.

I started Master Mode while travelling last week on holiday. (Side note: It remains the Switch's most remarkable feat that I can take one of the most ambitious games of 2017 with me on holiday.) Once again I awoke in the resurrection pool; once again I made my way out of the cave and onto the Great Plateau. Once again I met a strange old man by a bonfire. Then I ran into my first Bokoblin, and it became evident that things had changed. 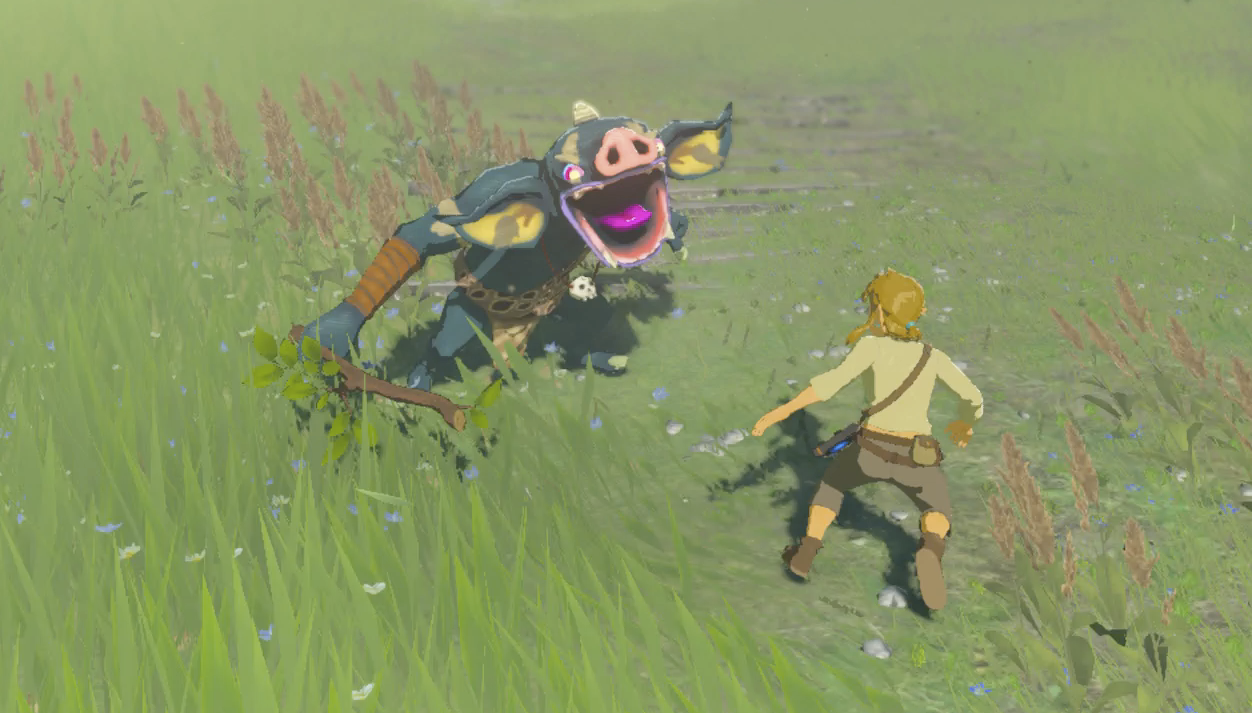 In Master Mode, all enemies are a rank higher than they would be in the normal game. That means all of the low-level red Bokoblins you fight on the Great Plateau have been upgraded to tougher blue ones. They're a lot harder to kill with the pathetic tree branches and boko clubs you start out with, particularly since they can usually kill Link with a single hit. As if they weren't hard to kill already, their health regenerates if you don't keep hitting them. Forget about slowly cheesing enemies with bombs or other ranged attacks; you'll have to finish what you start or risk wasting your entire arsenal without even winning.

My first fight against a blue Bokoblin forced me to completely recalibrate how I was going to approach the game. I failed so utterly: I broke all of the weapons I'd collected and couldn't even kill the monster I was fighting. I made a run for it, doing my best to escape despite my paltry stamina bar. Crouching safely behind a nearby hill, I took stock. If I was going to make it off the Great Plateau, I was going to have to avoid almost all combat.

What followed were some of the most enjoyable Zelda hours I've had since I started Breath of the Wild back in March. Link was a weakling compared with his more powerful enemies, but I still had the benefit of all the knowledge I've accrued over the last 100 hours with the game. I knew where to find items for cooking, and how to start a fire without wasting precious flint. I knew which recipes would be most beneficial, and where to find just the ingredients I needed. I knew where to look for hidden chests, and as I gradually completed shrines and unlocked abilities on Link's Sheikah Stone, I knew just how to use those abilities. 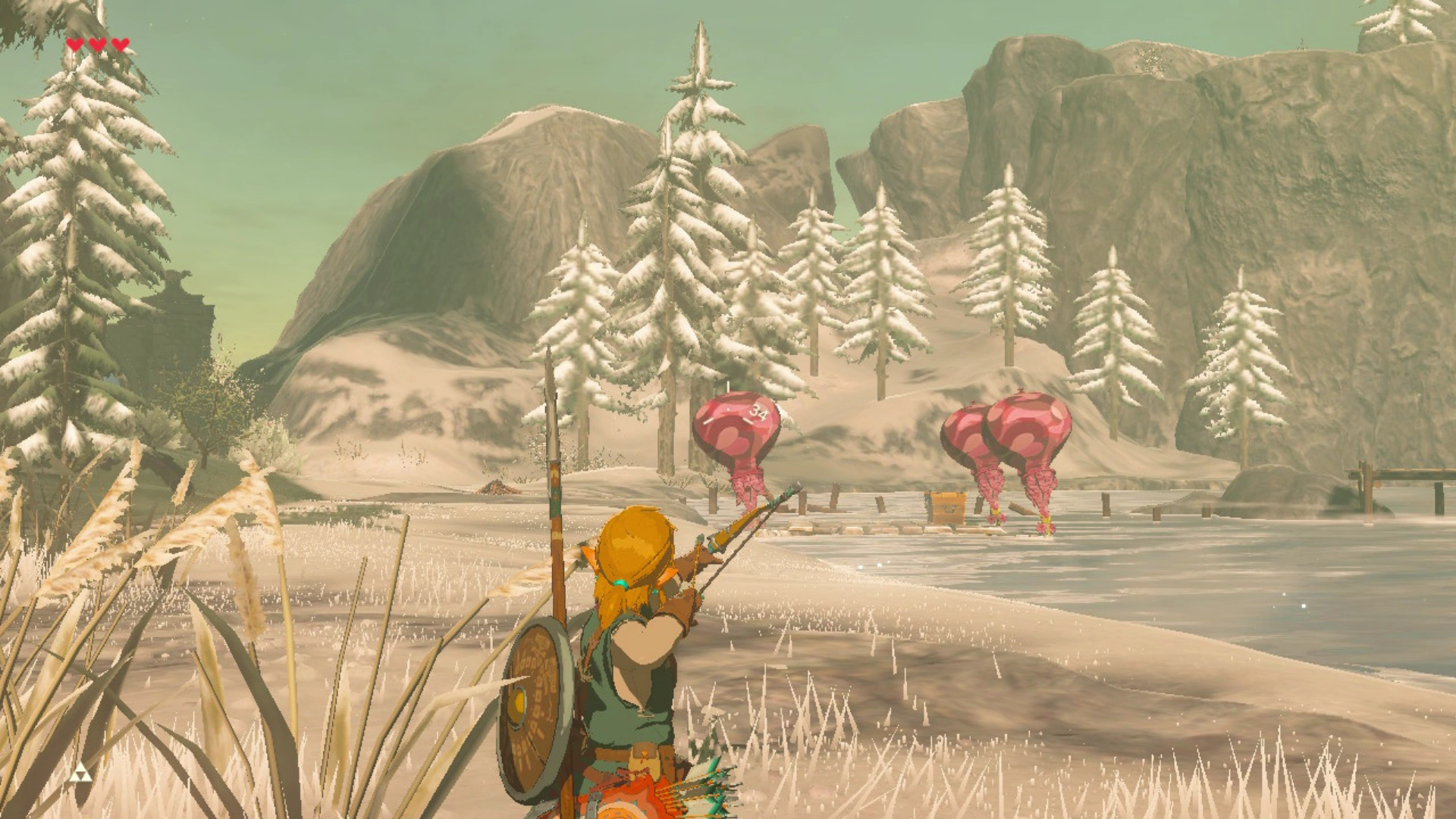 It's not floating yet, because they don't see me.

I began to notice some other differences, too. The floating platforms were the most obvious. At a few different places on the Plateau, Bokoblins hovered above the ground on platforms suspended by Octorok balloons, usually guarding a chest. I figured out how to pop one of the balloons and snag the chest without even needing to get into a fight. The chests held mighty weapons the likes of which I normally wouldn't find until late in the game. A Sword +18, or a Bow +17.

There were new chests in the world, marked "EX", as there now are in my Normal Mode game. Two of the intro Shrines I attempted had laser-shooting mini-Guardians blocking my way. I had to get creative to deal with them, using my Sheikah Magnet to drop blocks and bombs while avoiding their powerful attacks. And indeed, there was a massive Lynel patrolling the Plateau's southern clearing. Good joke, Nintendo.

I cooked, I snuck, I strategised. I ran, I hid, I climbed. When all else failed, I fought. Sometimes, I even won. After two or three hours, I finally completed all four shrines on the Great Plateau. King Rhoam gave me his paraglider, and I was free to go wherever I wanted.

Free of the Plateau, I came across more floating platforms, and more tough enemies. One platform is placed just within reach of the Plateau's tower, cleverly goading you into floating over to it on your initial descent. Once I'd landed, everywhere I turned I found fights I didn't want to have. I snuck and ran and climbed, quickly working out where would be wisest to go first. Once more I found my existing Zelda knowledge serving me well. I know where everything is, I just need to get there.

Soon I could see my next dozen hours laid out before me. I would visit my old haunts and clear shrines I'd cleared before, having grown just fuzzy enough on the puzzle solutions to have fun working them out again. Slowly, I'd become more powerful. I'd quickly upgrade my gear and health until I could fight one, two, three enemies at once. I'd collect some fairies to ward off death. I'd cook food that would let me instantly replenish my health and then some, and fill up on top-tier weapons that can take down the toughest enemies, regeneration be damned. Eventually I'd once more feel overpowered. Fun though Zelda would remain, Master Mode would gradually lose the bracing appeal of those first hours on the Great Plateau. 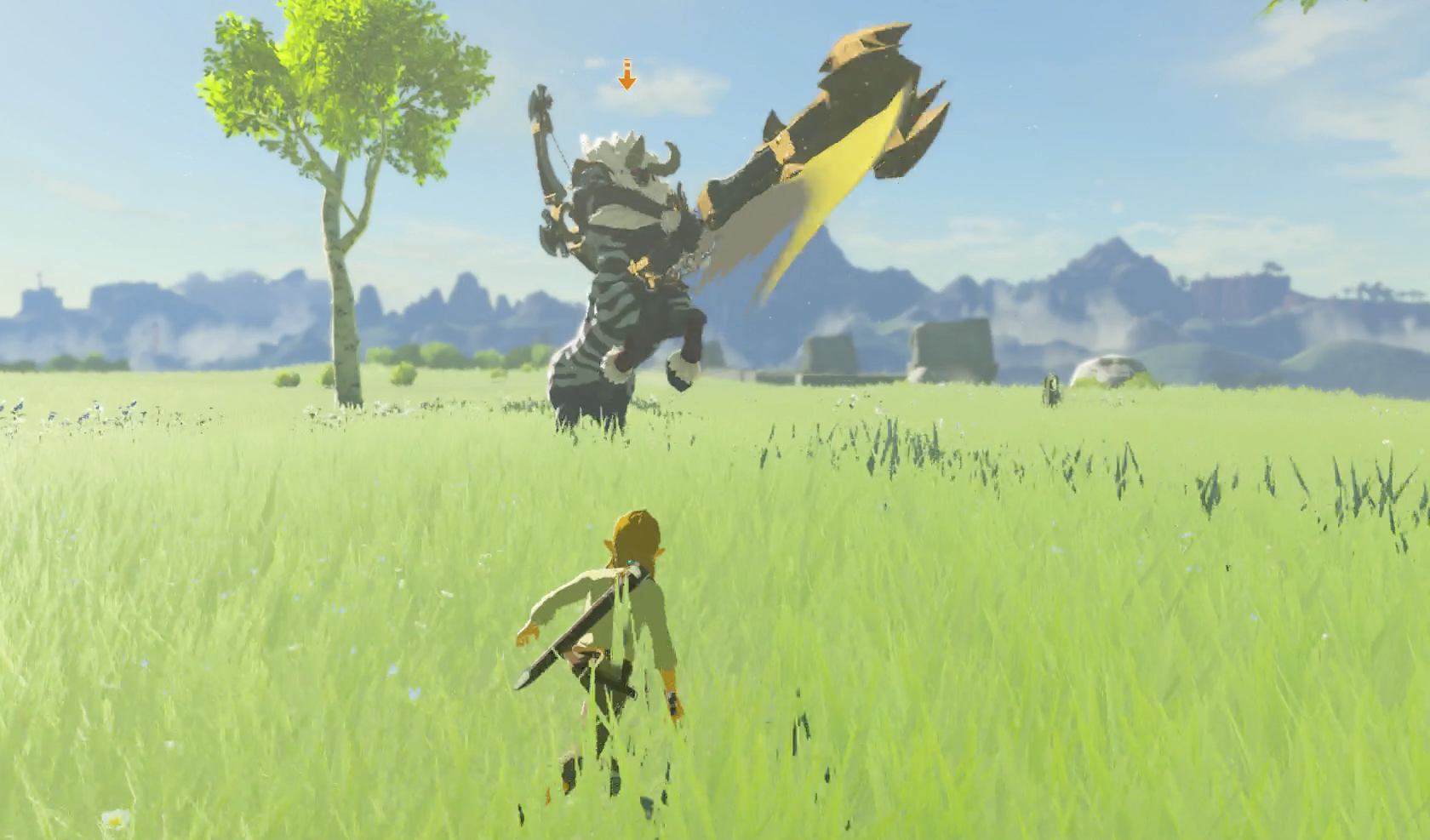 This should go well.

Part of me wishes the developers at Nintendo had taken Master Mode even further. That they'd made food less powerful, added a hunger meter, maybe nerfed the paraglider or fast travel. Most of me understands why they couldn't do most of that without fundamentally changing the balance and arrangement of their carefully designed world.

I may stick with Master Mode, or I may leave it. However much more I wind up playing, I'm glad I re-experienced those harrowing opening hours on the Great Plateau. With no gear, no glider, and little hope of winning a fight, I was forced to push myself further than I had in months. In the process, I was reminded of what makes Breath of the Wild great.