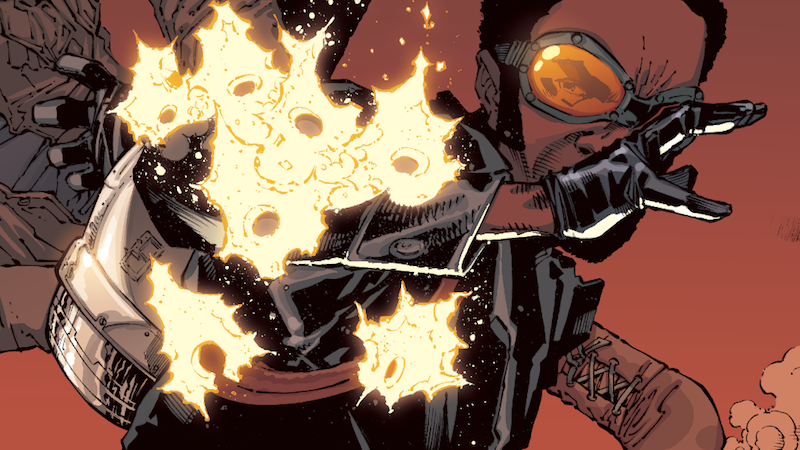 To read John Ridley's original run on the DC/WildStorm comic book series The American Way is to look at America's legacy of anti-black racism in a way that's divorced from time.

While the series came out in 2006, its story about an American Government-sponsored superhero team being split across racial lines — and the Mason-Dixon lines — was set in 1962, at the dawn of the Civil Rights Movement. The American Way's social commentary about '60s-era American racism felt familiar and relevant when it was first published in nearly 10 years ago, and the same is true of Ridley's new continuation of the story that's set in 1972. Even though it's 2017, everything about The American Way: Those Above and Those Below feels as if it's still happening across the US.

In the world of The American Way, superheroes are an everyday known quantity in the US that have come to be looked at as symbols of American progress and strength. The Civil Defence Corps, an all-white team of heroes modelled after capes such as the Martian Manhunter and Superman, are the most iconic team of superheroes in the world, regularly seen on television apprehending all manners of villains from two-bit thieves to alien invaders.

To their adoring public, the CDC is the embodiment of American exceptionalism in a world under the looming threat of the Soviet Union. In reality, though, the team and most of the villains they come up against are actually genetically enhanced actors being paid and handled by the Federal Disaster Assistance Administration. The FDAA stages the fights (and triumphs) as a form of highly-effective propaganda that basically says "don't fuck with America". 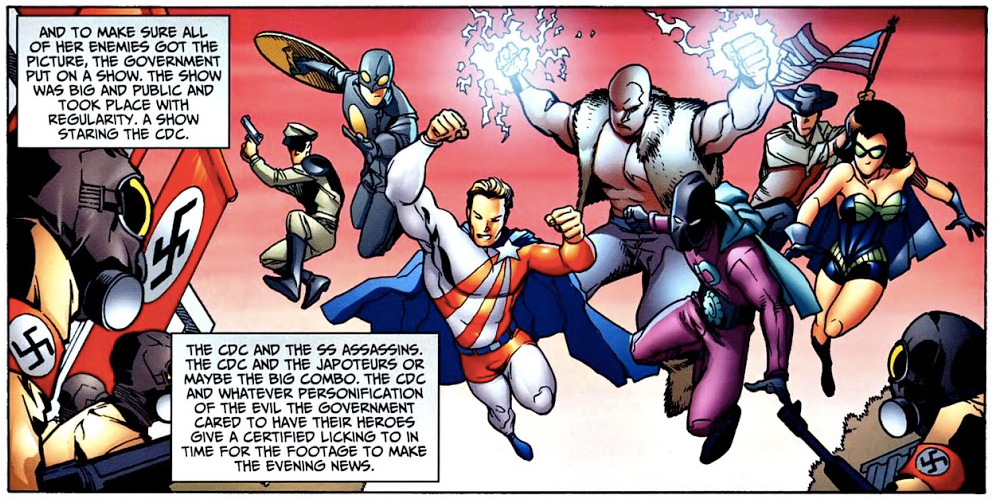 Real as the CDC's powers are, none of the battles truly are and the American public is none the wiser until one day, while fighting the Red Terror (a Soviet-themed villain who's portrayed by an undocumented Chinese-American actor wearing a mask), Old Glory (a loose Captain America analogue styled after Uncle Sam) suddenly dies — of a heart attack — on national television.

Because the FDAA is so invested in maintaining the illusion of the CDC members being nearly invulnerable, the organisation rushes to replace Old Glory with a new team member. This "New American", the FDAA reasons, can't just take his predecessor's place, but he also has to become the representative of a newer, more modern America — a post-segregation America. This part of The American Way's plot is a direct reference to US President Lyndon Johnson's failed plan to include a black man in the Project Mercury Space Program.

Jason Fisher, the man that the FDAA ultimately choses to become the New American, is black, and his introduction to the team causes a schism between the original members who think that people of colour belong on the team, and those who don't. When the New American kills a white super villain called Hellbent, the racists on the team break off to form the Southern Defence Corps and become embroiled in a civil war with their former teammates. 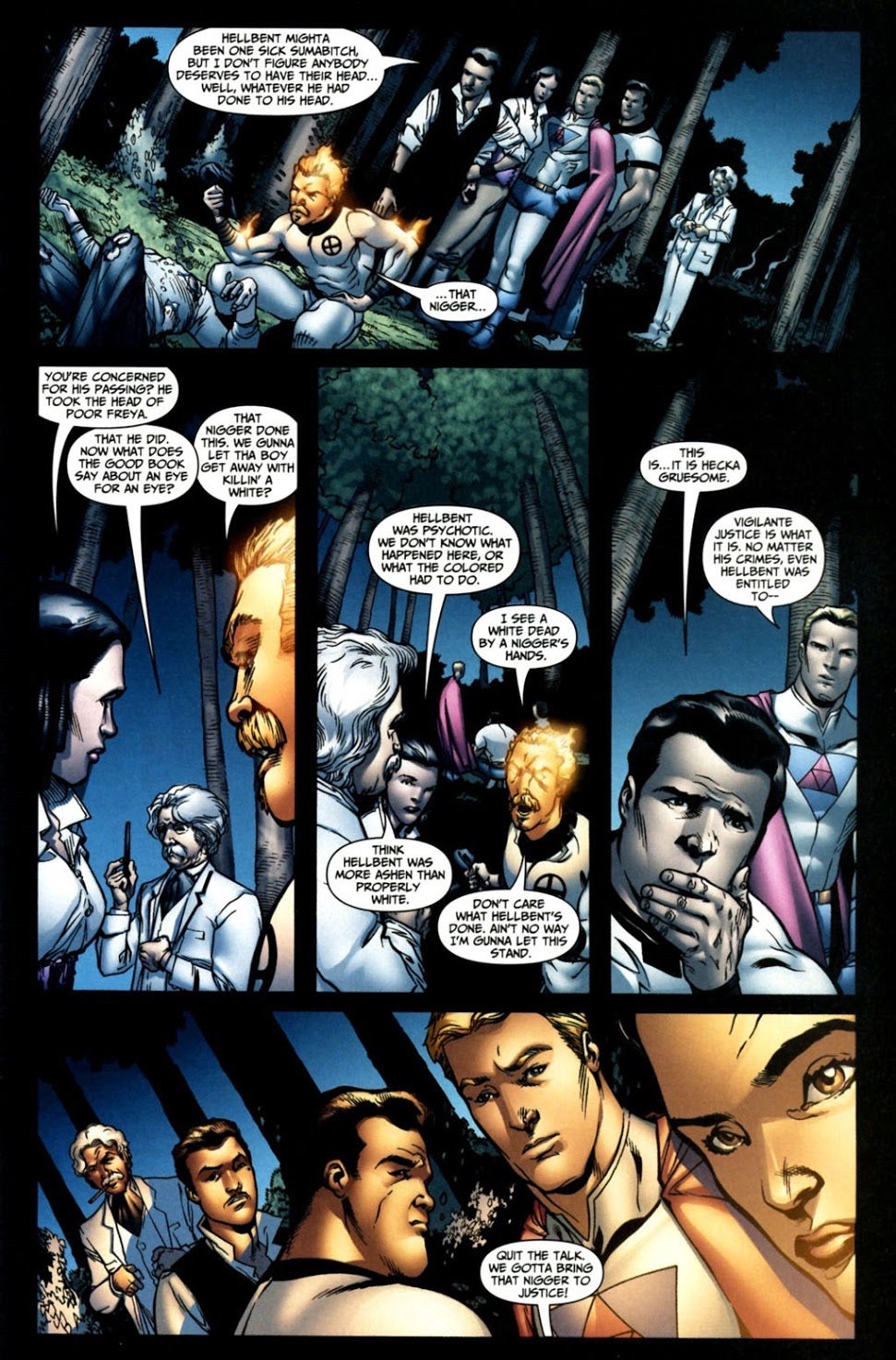 The original The American Way was a reflection on the immediate and explicit forms of racial hostility that black people dealt with from all manner of white Americans in the '60s. "Good" Northerners who ostensibly like the New American have difficulty not referring to him as a "coloured" person despite his repeated attempts at explaining that "negro" is the politically correct term for the time. There are members of the SDC who don't really mind integrating, but they stand by idly as their openly racist, hostile peers revel in the very idea of lynching black people.

Those Above and Those Below, by comparison, focuses on the lasting impact that institutional racism has on a society — how it festers and morphs over time in ways that can make it more difficult to immediately identify, despite it being just as destructive. 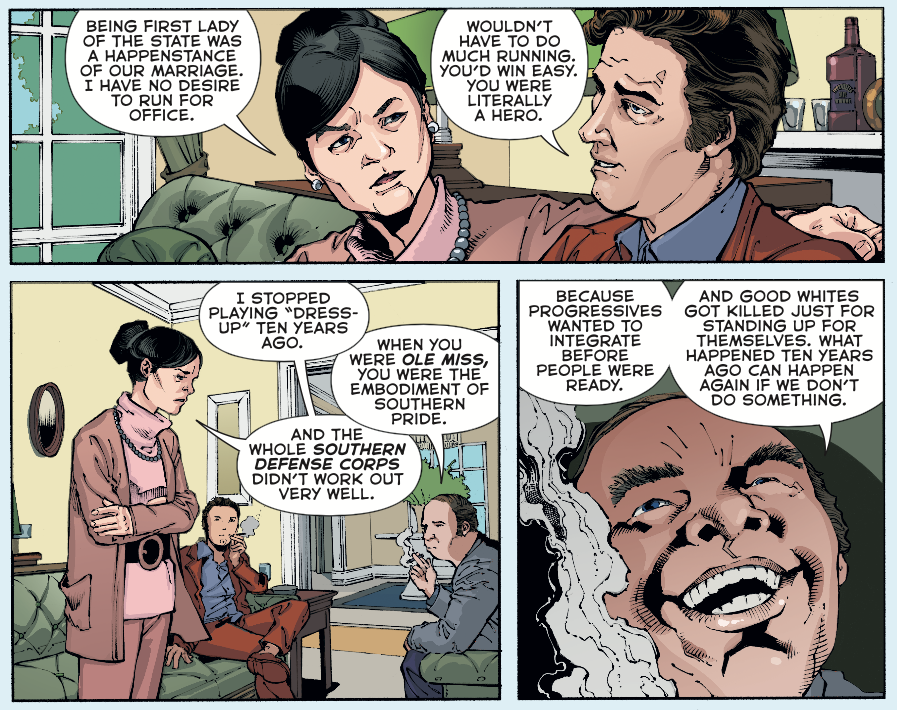 As the first issue Those Above and Those Below opens, we see that after leaving the CDC, Fisher's taken up solo vigilante work in Baltimore where he doles out justice according to his own personal code. While he is staunchly opposed to the white police establishment he knows is an active participant in the rampant abuse of black people, he also can't abide by the black anti-establishment activists who are willing to use gun violence in pursuit of their goals.

Fisher's dilemma bears a number of similarities to the current friction between certain members of the original Black Panther Party and the Black Lives Matter movement, which they view as not being organised enough. In a recent interview with Newsarama, Ridley insisted that despite the political tensions, police brutality and drug-related violence depicted in Those Above and Those Below that may seem plucked out of today's news, the new series is fundamentally about the '70s.

But in being so singularly focused on staying true to the state of things circa 1972, Those Above and Those Below challenges you to look at various accounts of social disenfranchisement and marginalisation of minorities not as one-off instances of injustice, but as continuations of an old American tradition. 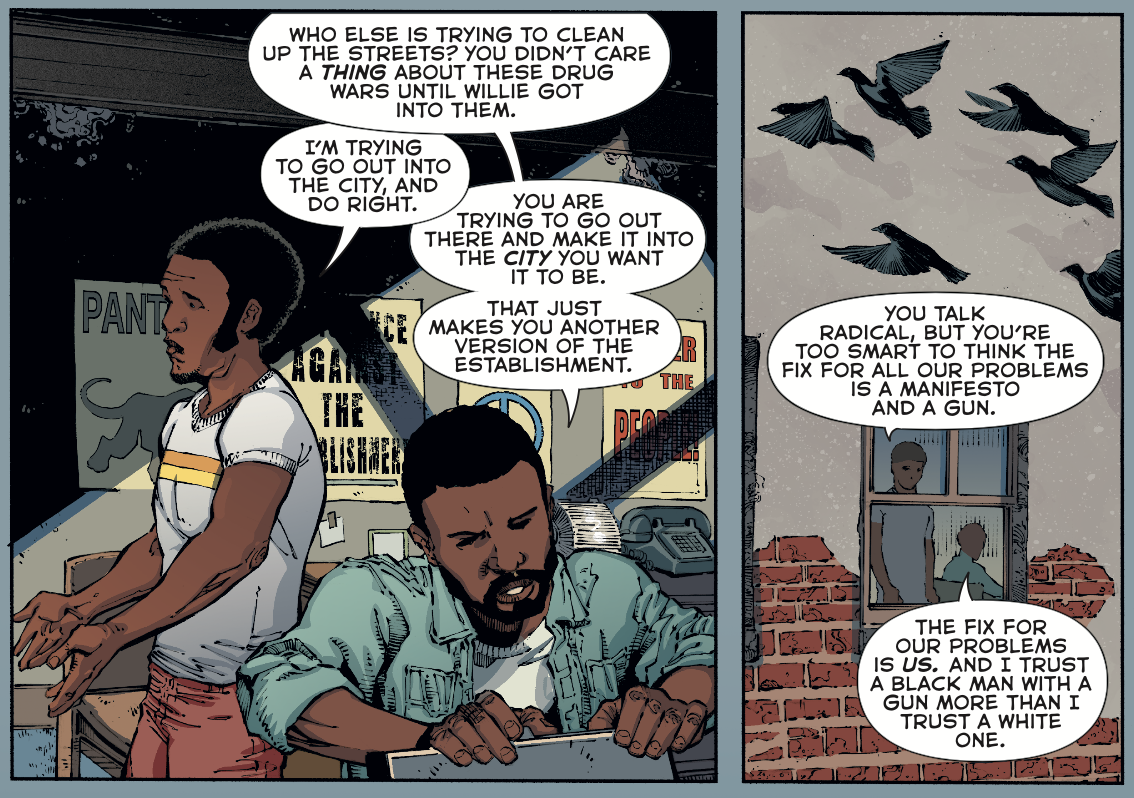 In the very first issue of The American Way, Bobby Kennedy looks a man square in the face and lies when he says that the Civil Defence Corps isn't an "Orwellian fraud to placate the masses". That's exactly what it is and Ridley deftly uses that concept to probe the ways in which bigotry and hatred have historically been become enshrined in tradition and exalted.

Those Above and Those Below keeps in step with that concert as it moves forward in time, all the while evolving and changing. The book isn't really trying to make a point about solving America's ongoing bad habit of hatred. Instead, it's trying to encourage readers to recognise and admit that America, as a country, still has one.