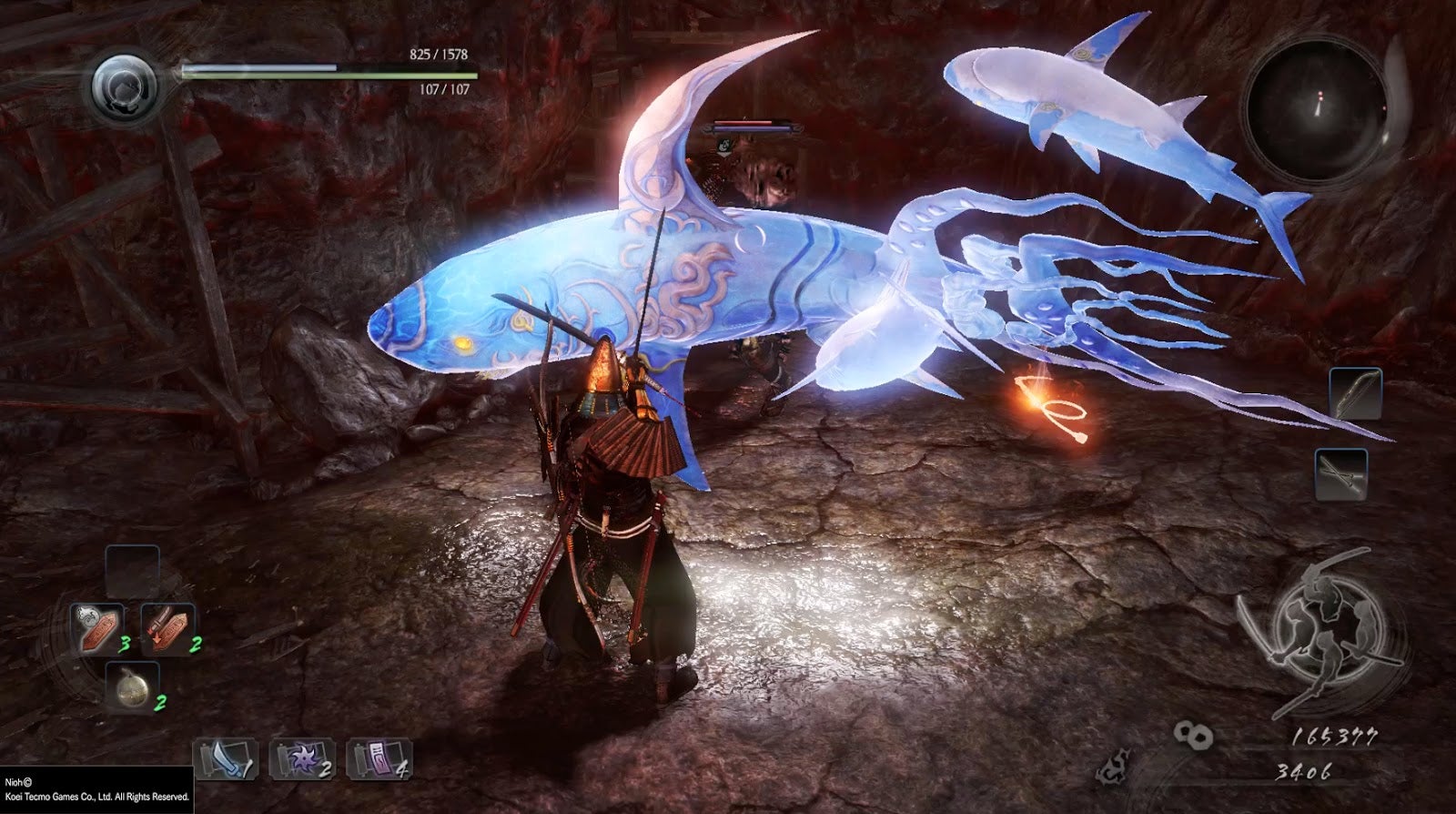 The excellent PS4 samurai action game Nioh is overloaded with loot, but its developers may have solved one of their game's few problems with a clever tweak in the game's new 1.14 patch.

Like many things in Nioh, the tweak is initially inscrutable. The patch notes describe it this way:

*You can now turn off the "take" option for equipment below a rarity of your choosing.

With that tweak, Nioh's developers are helping players spare themselves from the game's overload of loot. Most enemies you kill in this enemy-filled game drop potions and power-ups and lots and lots of weapons. They drop common grey weapons, uncommon yellows and rare blues. They occasionally drop a purple exotic or, via the game's new DLC, might drop a weapon of ethereal rarity. 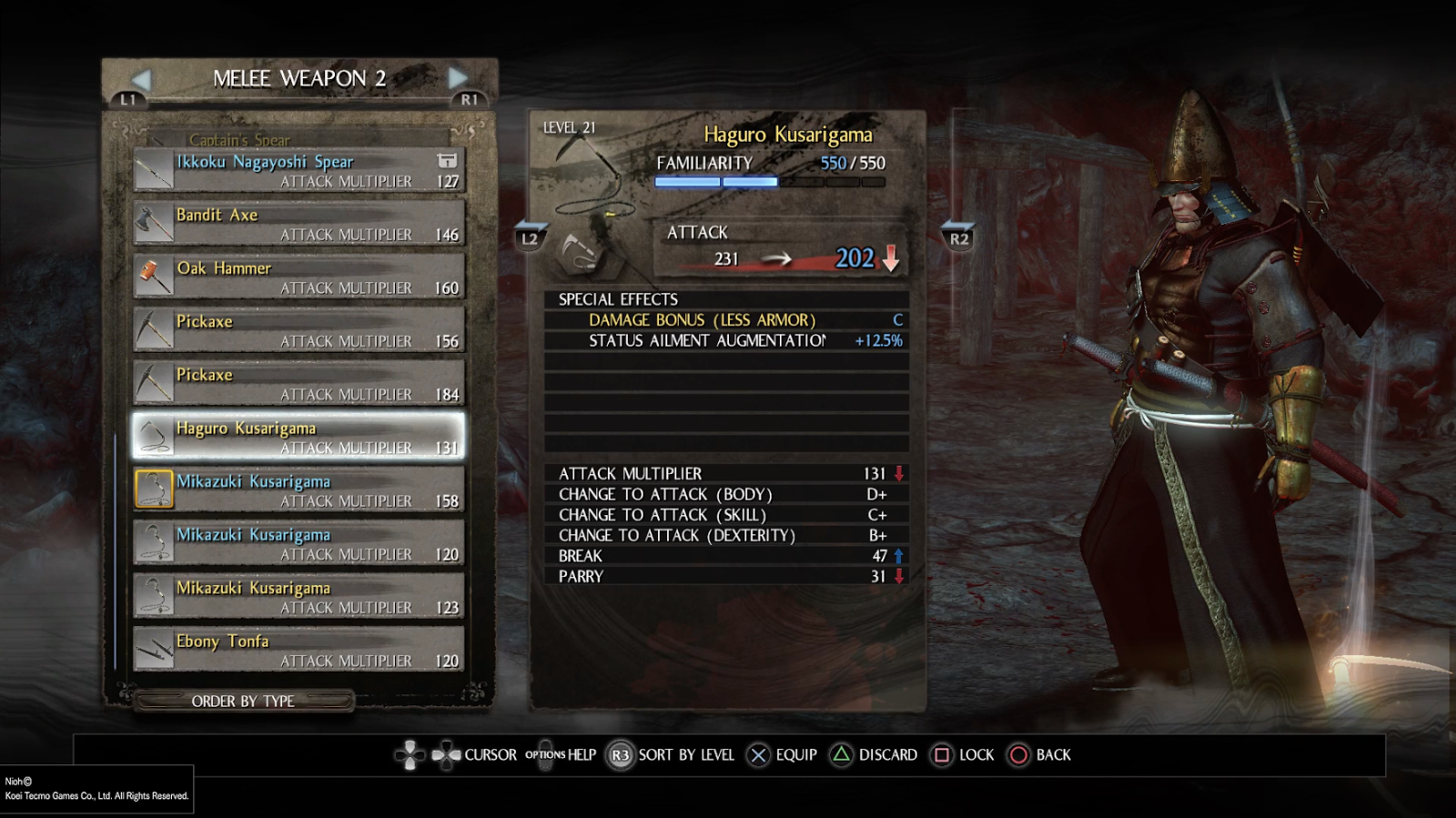 By law, the player of a video game cannot resist picking up any and all dropped items. Even if you attempt to wilfully resist the urge, sometimes it just happens as you're grabbing at a cluster of otherwise-useful loot.

After the update, you can set the game to spare you from picking up junk. We don't need the bad weapons, the weapons the game is already telling us are inferior to the ones we're carrying. That trash should not be taken. 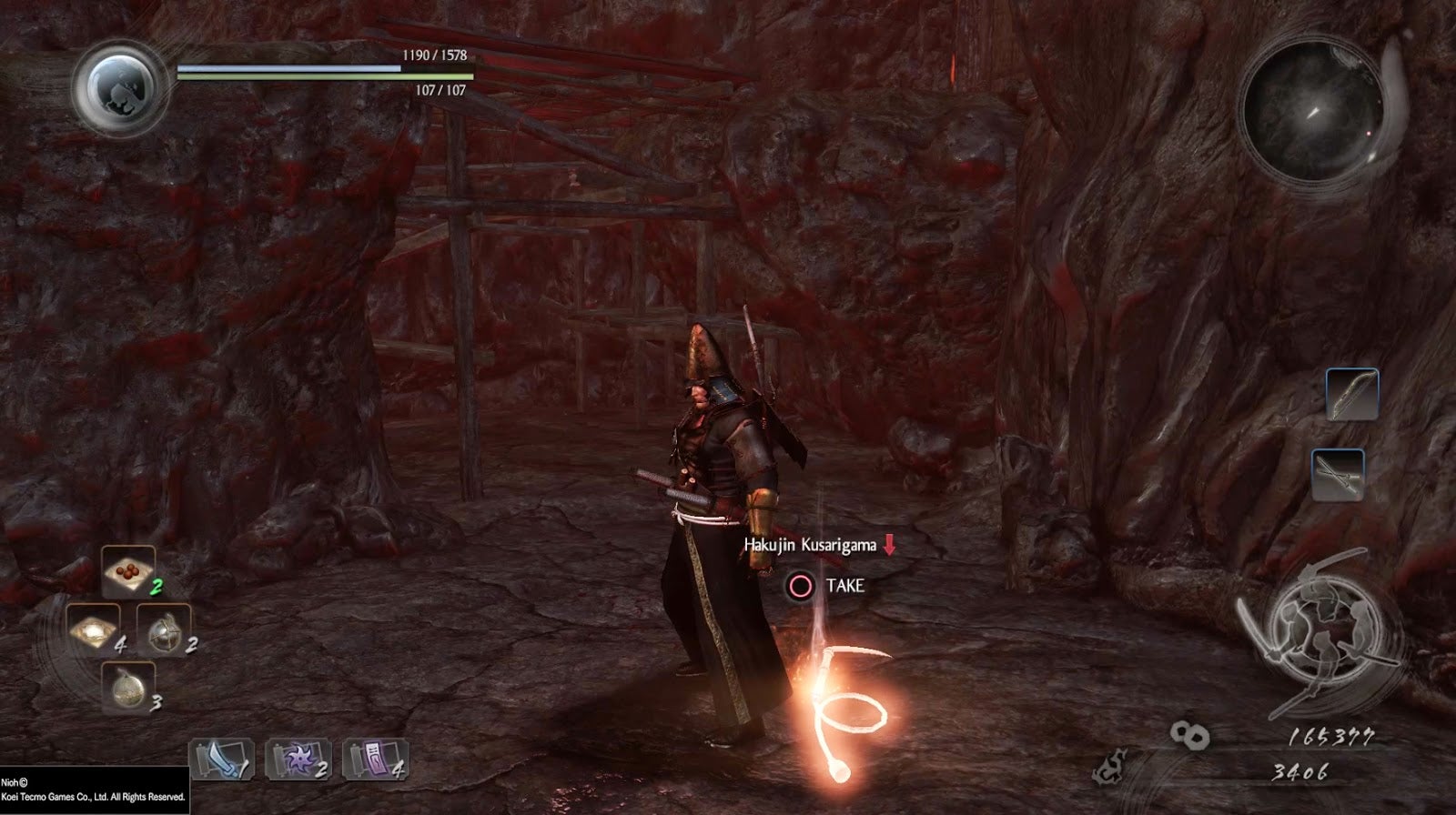 Therefore, the wise Nioh player can now load up the individual game settings, and... 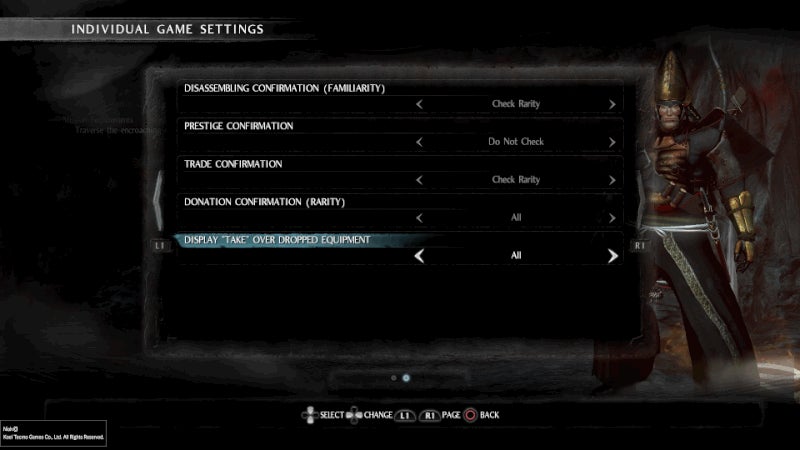 Let's at least make it so that the "take" prompt doesn't appear over the grey stuff. 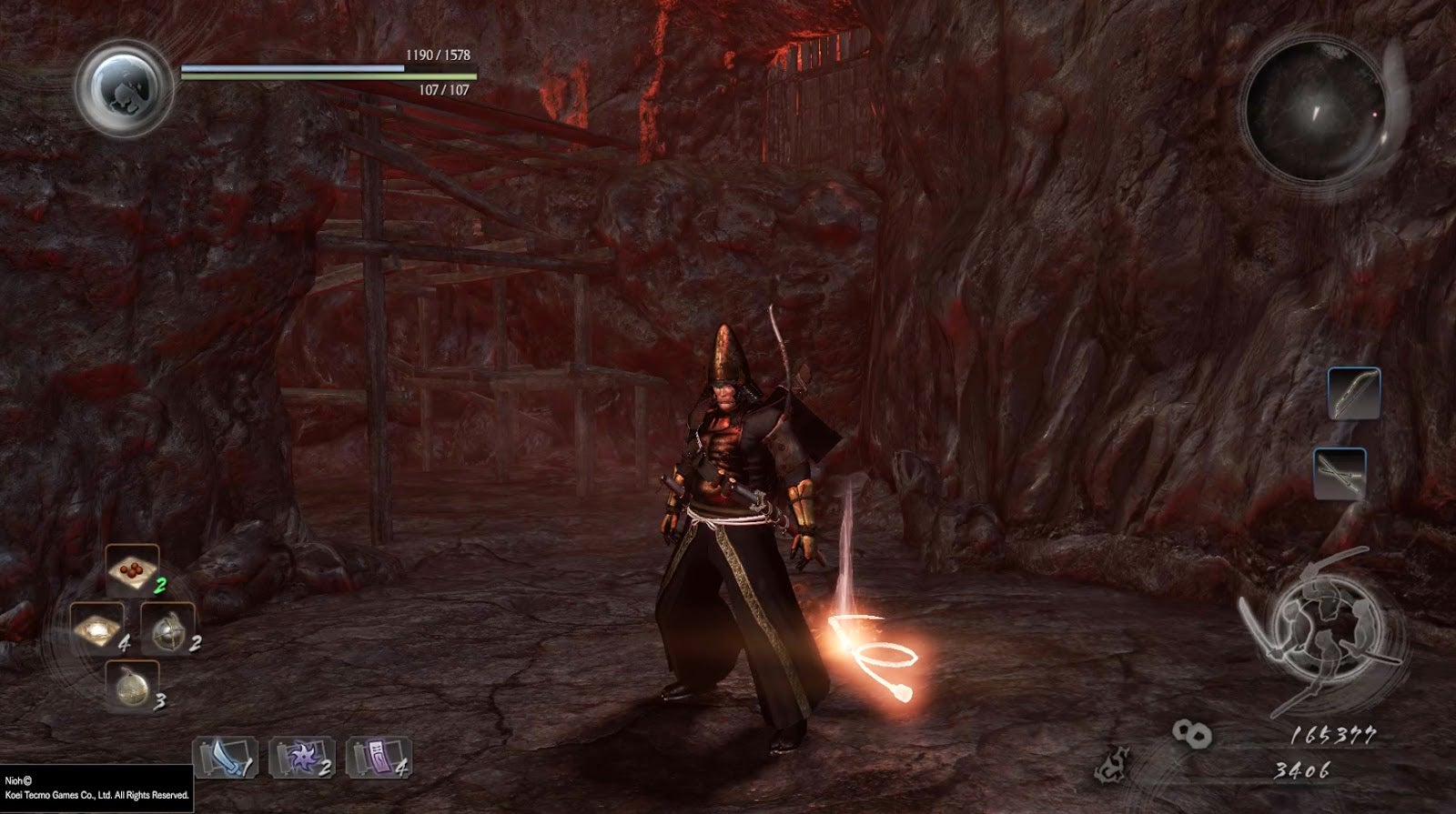 That junk I'm standing next to can't be picked up.

Dear Bungie, please get this into Destiny 2.