Ever since the Vault of Glass raid, Bungie has reserved its right to torture players with platforming puzzles that are a lot harder than they look.

Near the end of the Destiny 2 beta’s “Homecoming” mission you have to take down the shields on a Cabal ship. Shields run on generators, so naturally this meant finding a giant space turbine powered by moon magic and blasting it into oblivion. Except a lot of players, myself included, had no idea where to start. If some games help exercise your brain and improve thinking, Destiny has a way of stunting it. If holding down square to have my ghost scan something doesn’t work, I’m usually at a loss. 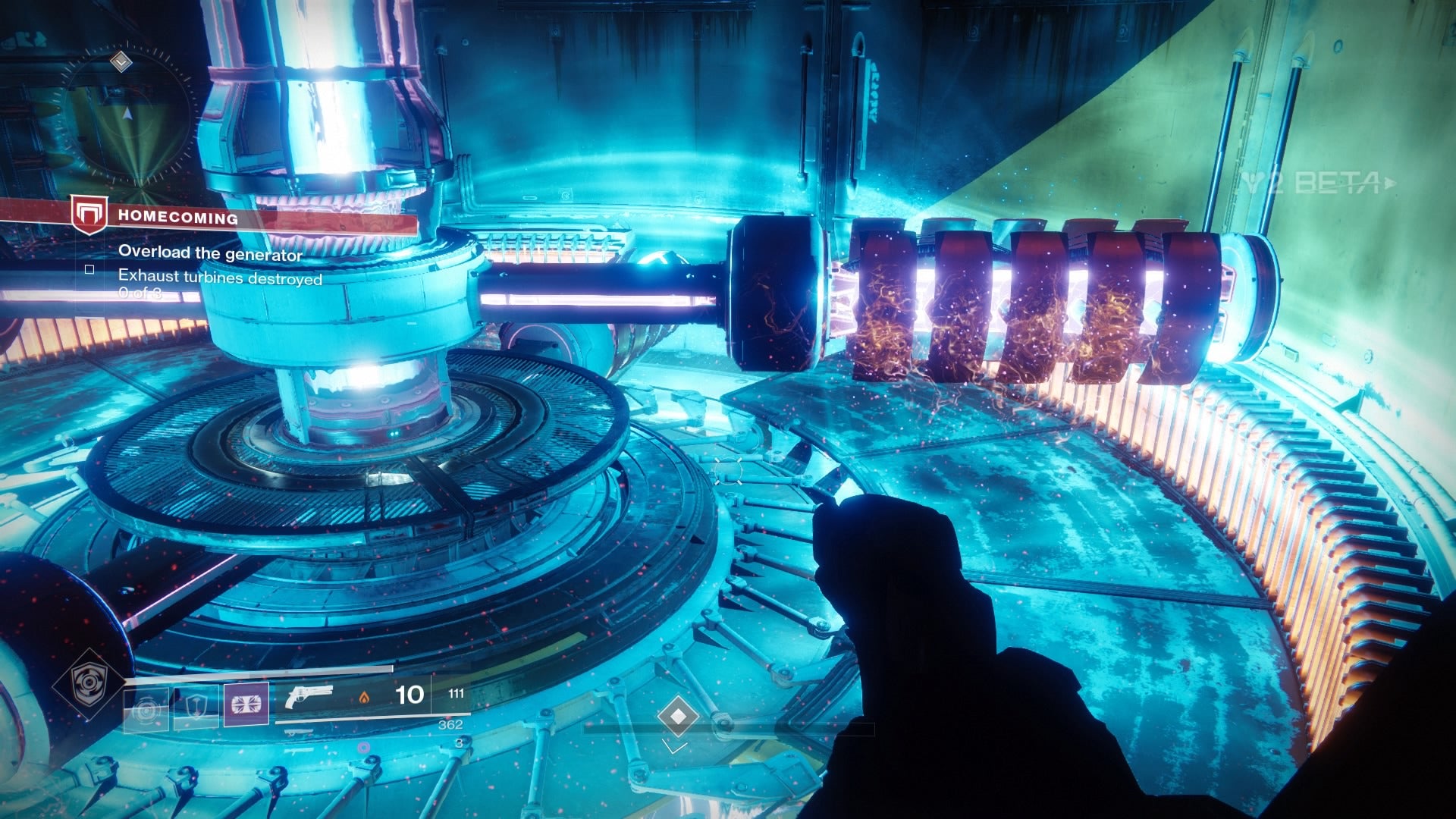 Eventually realising there were three compartments embedded in the floor where you needed to shoot at the turbine from turned out to be the easy part, however. Floating down to get safely inside them was another thing all together. Two metal pools rotate in opposite directions creating small windows of opportunity to slip between them. Unfortunately, because the game’s first-person view doesn’t capture your feet, it’s never easy to know just where your hit box is as it floats through the air, hence so many players getting snagged on the machinery time and time again.

I wasn’t the only one who got stuck scratching my head in the generator room. A friend I was with also took a while to happen upon the solution, while a group confessional on the subject showed we were far from the only ones.

Many veteran Destiny players who expected to make it through their first Destiny 2 mission with zero deaths found their ambitions thwarted by the giant rotating honey dippers. While getting into the nearest compartments is just a minor headache, reaching the third and farthest one can get a bit more frustrating.

On my run through as a Titan the death toll definitely jumped into the double digits. By far the best class in player-vs.-player at the moment, Bungie seems to have focused on differentiating each of the classes for Destiny 2, and Titans definitely feel more dense and bulky as a result. The giant sci-fi turbine turned out to be a pretty hard counter.