Want To Do Better At StarCraft 2? Leave The Music On 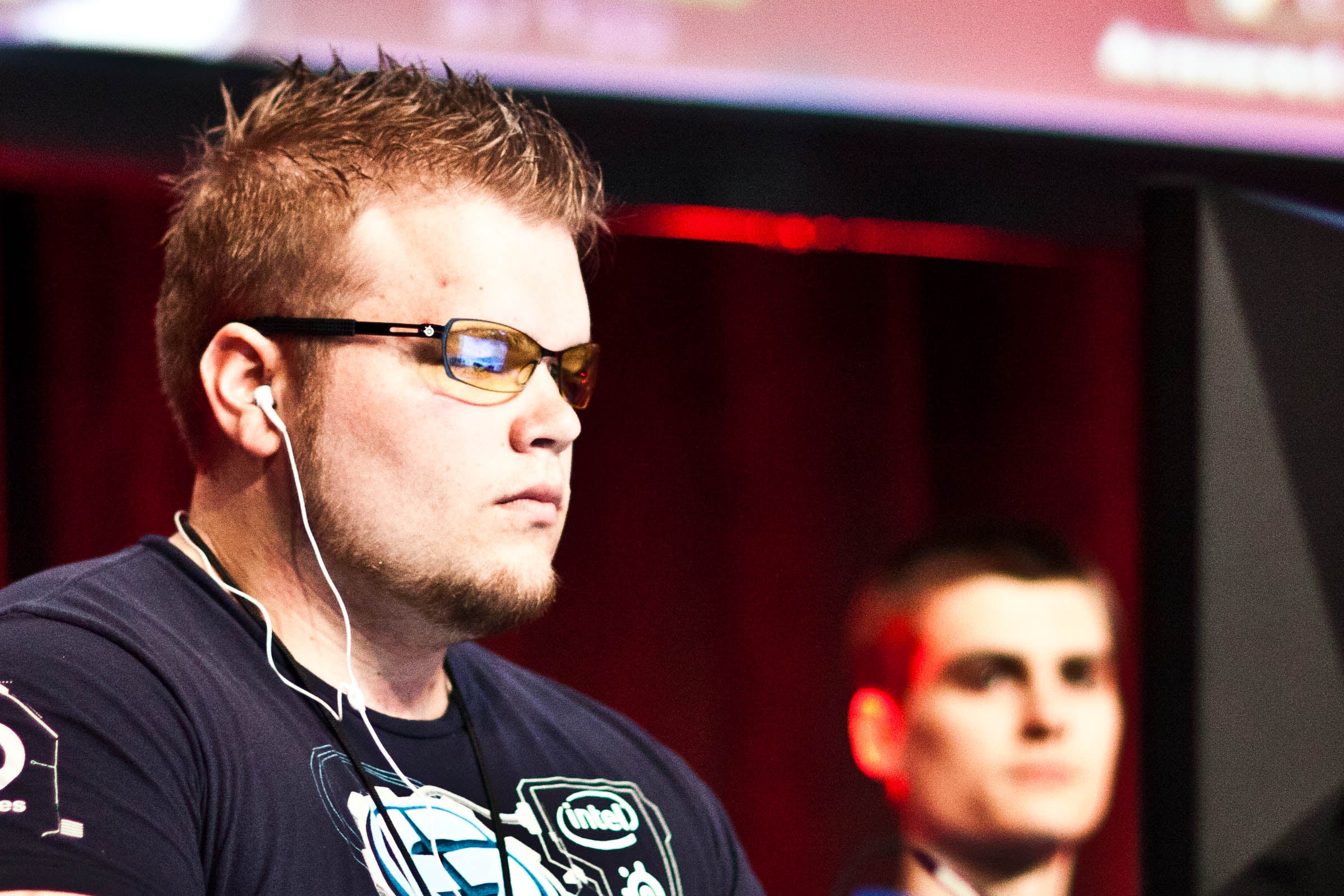 The StarCraft soundtrack helps me win. And I'm not the only one who thinks so.

In 2010, shortly after StarCraft 2: Wings of Liberty came out, the Idle Thumbs podcast put out an episode that discussed whether leaving StarCraft's in-game soundtrack on can help you focus and play better. The argument in favour came from one of the podcast's co-hosts, Chris Remo, who's currently a game designer for Campo Santo and a composer for multiple games like Firewatch and Gone Home.

Remo described "reading about StarCraft strategy" in a post "written by a really high-level player," who had the following recommendation: "If you're going to listen to music, listen to the StarCraft music, because that music is written in such a way that there's a melody to it, and you can sort of follow it, but it's very easily absorbed into your brain. It's a very specific mix of ambient and melodic. It's the right balance of not being too distracting, but also having a grounding there for you."

"StarCraft should only be accompanied by the soundtrack to StarCraft."

"I find the music in StarCraft pretty cheesy in a lot of ways — but that's also what's great about it," Remo went on. "Even though there are lots of dynamic changes over the course of it, it all evens out into a seemingly endless drone… A StarCraft match can be extremely long, but somehow [the music] never becomes annoyingly repetitive."

Although Remo doesn't play much StarCraft these days, when he does, he abides by his old rule: "StarCraft should only be accompanied by the soundtrack to StarCraft."

There's actually some research to back up the theory that listening to the StarCraft soundtrack could help the player focus better, particularly in the highest echelons of play.

Dr. Siu-Lan Tan, a psychology professor at Kalamazoo College, described some of her own research on the topic for Psychology Today. Tan and her colleagues, John Baxa and Matt Spackman, tested gamers playing Legend of Zelda: Twilight Princess with the music on and off. The "average" players who participated in the study didn't benefit from the in-game audio. Music did help "top players," defined by Tan as those who got "the highest scores" over the course of the four-day study. Tan explained,

"The best players seemed to be better at paying attention to — and meaningfully integrating — both audio and visual cues effectively — thus benefitting from the richest warnings/clues/feedback."

Although Chris Remo couldn't remember which StarCraft pro recommended that players listen to music, it could have been Geoff "iNcontrol" Robinson, a former StarCraft pro who competed in the Brood War days starting in 2009, and went on to compete in StarCraft II until early this year. Robinson became well-known for listening to music during his matches, either the StarCraft soundtrack or his own playlists.

"I think it helped in part calm my nerves and provide a minor distraction from the extreme pressure of training..."

Robinson backed up Remo's characterization of the StarCraft soundtrack to Compete, saying, "I think it straddles a fine line of being intriguing and pleasant but not distracting from the nuances of the game."

However, given how much practice is required for StarCraft pros, Robinson sees the merit in choosing some other songs to throw in the mix: "You will see some players play their own music, not because the in-game music is bad, but rather the amount of play these players are subjecting themselves to demands some level of mix up. Lately I have been playing my own music over the game sounds."

Robinson stands by using music during high-level competitions, although he did note that some tournament organisers don't want players to use music programs that require an online connection, like Pandora. He firmly believes that the music helps improve his performance: "I think it helped in part calm my nerves and provide a minor distraction from the extreme pressure of training countless hours for a huge competition."

When asked for music recommendations from Compete, Robinson didn't divulge his own preferences — presumably, the pro doesn't want to share his winning playlist. Instead, he emphasised, "listen to what you like!"

One notable exception to this line of thinking is Sasha "Scarlett" Hostyn, known for competing in StarCraft with no sound on at all: no music, no attack sounds, nothing. She told the New Yorker as explanation: "I don't like anything bugging me when I'm playing."

Turning off the sound effects forces the player to focus on the game's mini-map, since you'll no longer have the benefit of hearing, say, the characteristic "nuclear launch detected" alert.

Scarlett's experience of perceiving sounds and music as "bugging" her doesn't seem to line up with how most other StarCraft players feel, however. During the original Idle Thumbs episode, the hosts discussed the idea of how "split attention" can be beneficial in a high-level competitive game like StarCraft, and how leaving the soundtrack on can help with that.

There's some research to back up that theory, too, according to a study published in WORK, a journal that publishes workplace-related research. The researchers found that "background music" can help people focus more on getting work done — as long as the workers enjoy the music in question. Sure, you might say StarCraft isn't "work" — but it is for pros like Scarlett and iNcontrol.

No formal studies have been conducted about StarCraft's music, although there is an admittedly unscientific poll on the TeamLiquid forums, in which 83% of 741 respondents said that playing music "affects how well [they] play." Unfortunately, the poll doesn't specify whether that effect is negative or positive.

I decided to perform a little experiment of my own and played six StarCraft II matches against the AI, flipping the music on and off between each match. I listened to the StarCraft II instrumentations, although the StarCraft: Brood War soundtrack has also been an in-game option since 2013.

I won all three of my matches with the music on, and I lost two out of three matches without it. My music-free matches, with their long silences, made me feel more nervous and stressed. In one of my songless matches, I tried a bizarre rush build that I hadn't done in years and, of course, I botched it. During my music-infused matches, I felt calm, as though all was right with the world of StarCraft.

That said! I'm biased in favour of the music. Ever since I heard that Idle Thumbs episode back in 2010, I've been playing StarCraft with the StarCraft soundtrack. Seven years later, I could hardly imagine the game without it.

Still, I haven't found any proof that there's something special about StarCraft music in particular, compared to any other songs. Until now, I've never listened to any other music while playing the game, the "expert" advice to leave the StarCraft soundtrack on long entrenched.

So, in response to Robinson's advice that I listen to "what I like" while playing StarCraft, I've made my choice: I like the StarCraft music for playing StarCraft. It might be superstitious, but it's helping me win, and that's exactly what I like about it.