Adam West And William Shatner Facing Off In Batman Vs. Two-Face Is The Stuff Of Campy Superhero Dreams 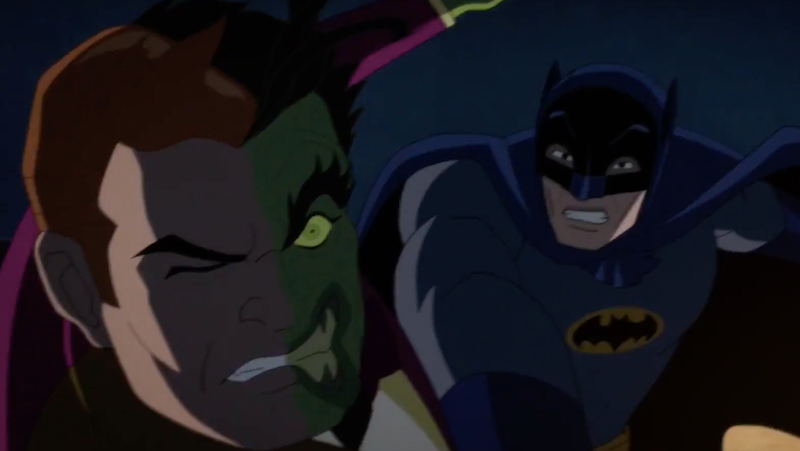 If there's one thing the late, great Adam West and the ever... curmudgeonly William Shatner had in common, it's their ability to chew the hell out of whatever scenery they happen to be near at any given moment. Thankfully, both actors turned themselves up to 11 in the new Batman vs. Two-Face animated movie.

In a newly released trailer for the feature, we hear Adam West's final voice performance as the Dark Knight as he and and Burt Ward's Robin take on Shatner's Harvey Dent after a freak accident leaves Dent with his signature disfigurement.

Where most of Two-Faces origins involve Dent being splashed in the face with sulfuric acid, Batman vs. Two-Face instead re-imagines the event as a cheesy experiment gone wrong. When Hugo Strange attempts to drain all the evil out of other Gotham criminals such as the Joker and the Penguin, his Evil Extractor explodes and sprays — wait for it — the gaseous essence of villainy all over half of Dent's face. Batman tries to shield him from the mist, but we all know how this story works out. Cue the coin-flipping, silly puns and sound-effect heavy punches.

It's all corny and goofy as hell and that's why that's why we love it.