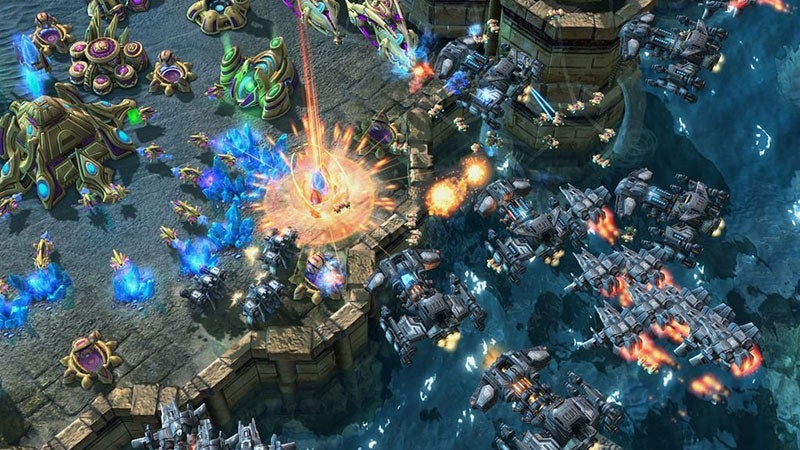 Once this year's tournament season is done in November, Blizzard are looking to make some "major design changes" to StarCraft II's units and economy.

Those changes have been implemented in a "design patch" which is live now on the Testing server, and while they're liable to change further following testing, they give you a good idea of what Blizzard are trying to do as they look to "address underused units and abilities while also trying to reduce sudden game ending moments."

First up, the most universal change is to the game's resources, with large mineral nodes going from 1500 to 1800 and Vespene Geysers going from 2000 to 2250.

Each faction will also be seeing several adjustments made to their units. The Protoss are hit hardest, with Blizzard "removing the Mothership Core and moving its early game defence role to the Nexus itself". The Zerg's Lurker and Infestor are being redesigned, while the Terran's MULE is now more versatile, able to harvest both gas and minerals.

Those after a more detailed rundown can check out the full list of proposed changes here.