dungeons & dragonsgaylgbtqaqueertabletopwizards of the coast

As we sat together at Gen Con in Indianapolis this weekend talking Dungeons & Dragons, the game’s lead rules developer Jeremy Crawford motioned towards a copy of the Player’s Handbook resting on the table between us. “I wasn’t about to have this book go out and not acknowledge that people like me exist,” he said.

This story contains spoilers for the D&D adventures ‘Storm King’s Thunder’ and ‘Curse of Strahd’.

In the Dungeons & Dragons adventure Storm King’s Thunder, which Crawford helped publish in 2016, three enormous rocks have crushed the Osstra family’s farm in the abandoned village of Nightstone, spurring them to flee the town. And because this is D&D, the Osstra family and their neighbours were quickly captured by goblins and dragged to a cave. If players choose to rescue Nightstone’s villagers, they will meet the 52-year-old wheat farmer Thelbin Osstra, his husband Brynn, and Brynn’s adopted nephew Broland.

“That was a nod specifically to our household,” Crawford said of himself, his husband, and his nephew, who lived with them in 2016 when Storm King’s Thunder was in development. “Although the two men are older than my husband and I are,” he added, laughing. 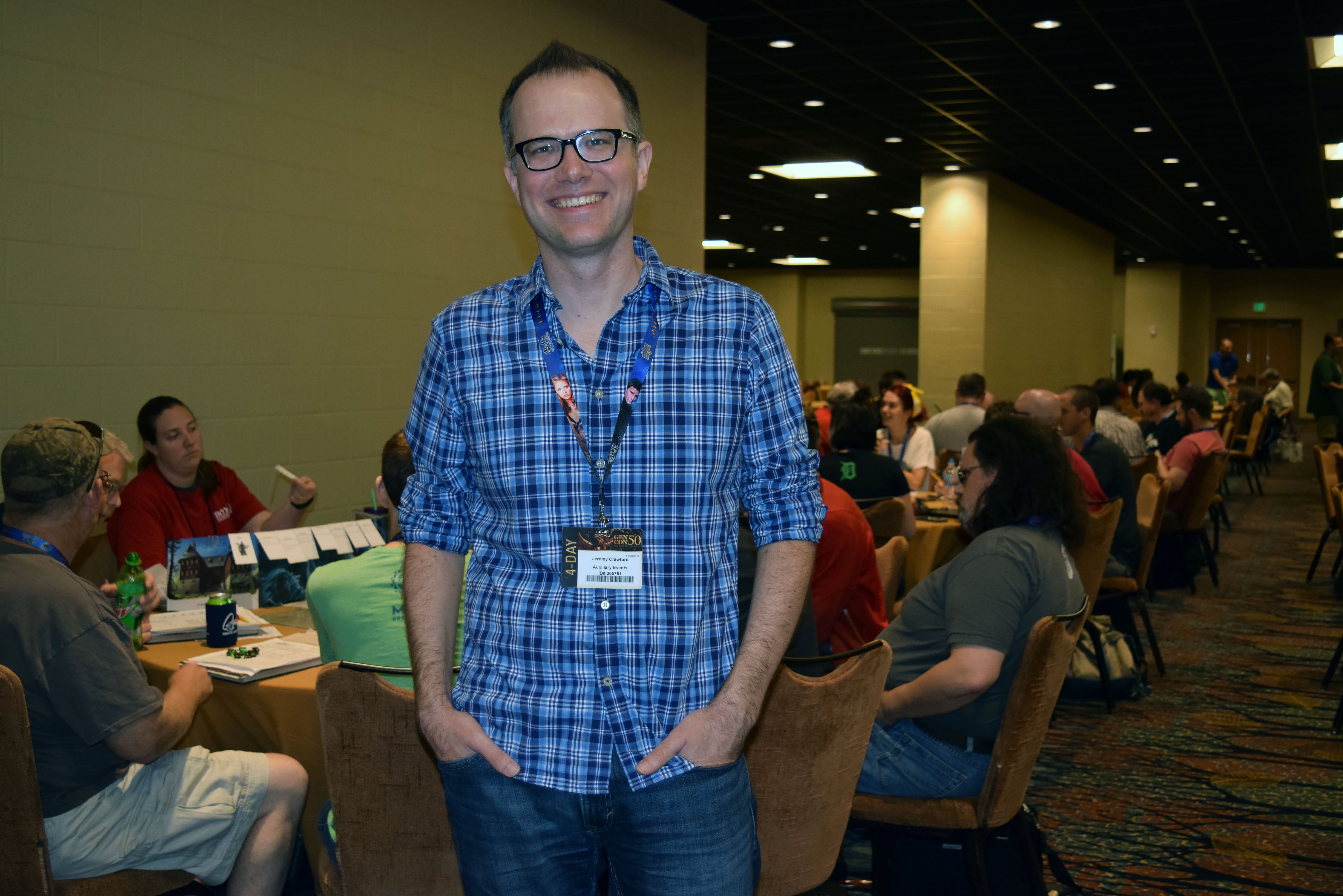 Seated outside a D&D app demonstration and a busy Starbucks at this annual gathering of D&D heads, tabletop fanatics, and grown adults wearing capes, Crawford told me that publisher Wizards of the Coast is making D&D more gay, and why that’s a great thing. Although the original game was created by two men who were, at one point, conservative Christians, the current team behind D&D is, 40 years later, making an effort to accommodate everyone’s escapist fantasies, not just those of its earliest fans.

What was a scattering of queer characters throughout the years formalised into a guiding principle with 2016’s Curse of Strahd, an adventure that has players take down the vampire Count Strahd. Players can persuade the spellcaster Sir Godfrey Gwilym to join their quest toward Strahd. In the course of said quest, they will encounter Vladimir Horngaard, a commander who was, long ago, his lover. When players find Horngaard, his body is slumped in a throne, ready to fight. If Sir Godfrey accompanies them into battle, a tender and painful moment of recognition may follow. 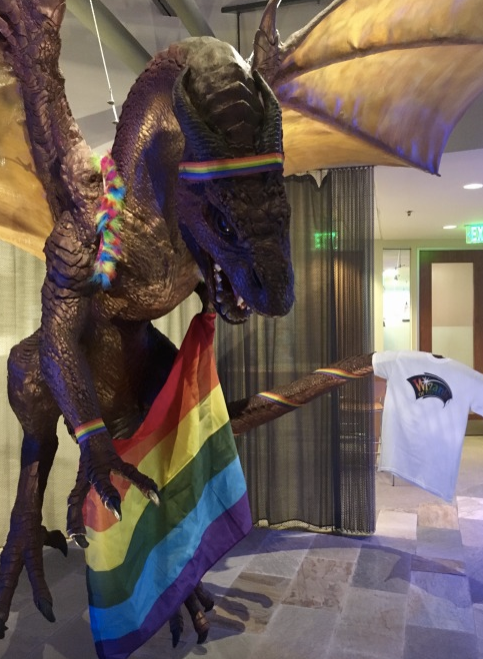 Every adventure since Curse of Strahd has included one or several queer characters, and Crawford assured Kotaku that this will be a constant into future adventures: “Ever since we brought our adventure design fully back in-house,” he said, “all of our new adventures contain LGBT characters. This is true of our next adventure, Tomb of Annihilation, and it will be true of our stories after that.”

Weaving queer plotlines into D&D games is not hard to do. A passing mention of a same-sex couple might be enough to assert that queer sexuality is a natural part of the D&D universe. And instead of relying on stereotypes or fixating on their sexuality, these characters’ fleshed-out backstories make them people, not icons. Take the Triboar native and retired adventurer Urgala Meltimer, whose wizard wife never returned from the Underdark, whom Crawford says may appear again at a later date so players can solve the mystery of her disappearance.

If you think about D&D‘s core values for even a moment, Crawford explained, it’s clear that one of its messages is that the best group is the most diverse group. “You don’t want a party where everyone’s the same,” he said. “It’s a game where you’re always better off working together, working through your differences and achieving victory together, even when you sometimes disagree. So in so many ways a lot of what we’re doing are lessons from D&D itself.”

An impetus for dungeon masters to make games more inclusive exists in D&D‘s 5th edition ruleset, which asks players to look beyond sexuality and gender binaries when it comes to character creation: “Think about how your character does or does not conform to the broader culture’s expectations of sex, gender, and sexual behaviour,” it reads.

“It’s important to many of us personally in the company for the game to acknowledge our existence,” Crawford said of publisher Wizards of the Coast, which marched at Seattle’s Gay Pride parade for the first time this year. “It makes a real difference in people’s lives.”