Fe Is About Exploring A Forest, Then Saving It

When Fe was first announced as one of EA’s latest indie bets, it wasn’t completely clear what exactly it was. There was a little creature making sounds at other, often bigger creatures, and a whole bunch of trees.

Behind closed doors at Gamescom this year, Fe creative director Hugo Bille explained that the idea is to recapture the spirit of being connected with nature. In practical terms, that entails a lot of exploration and discovery. But like an actual forest, you don’t get much guidance along the way.

Press were given a 25 minute hands-off demo, where Bille talked through a chunk of footage from the start of the game, and a couple of sequences later on. The start of the game is basically a cold open. The protagonist and player character, Fe, wakes up in the snow. There’s no UI prompts, no text, no minimap, no indication at all.

“The game begins by dropping the player in, you’re not given information about how the world works, who you are or why you’re there … the first task is simply to explore, find your own way,” Bille said.

The lack of prompts reminded me of a study from the McGill and Montreal universities, which found that gamers experienced a reduction in the grey matter in their hippocampus after playing GTA 5 and Call of Duty more than 6 hours a week. On the flipside, grey matter in the hippocampus, or the entorhinal cortex, grew in gamers who played 3D platformers for the same period. 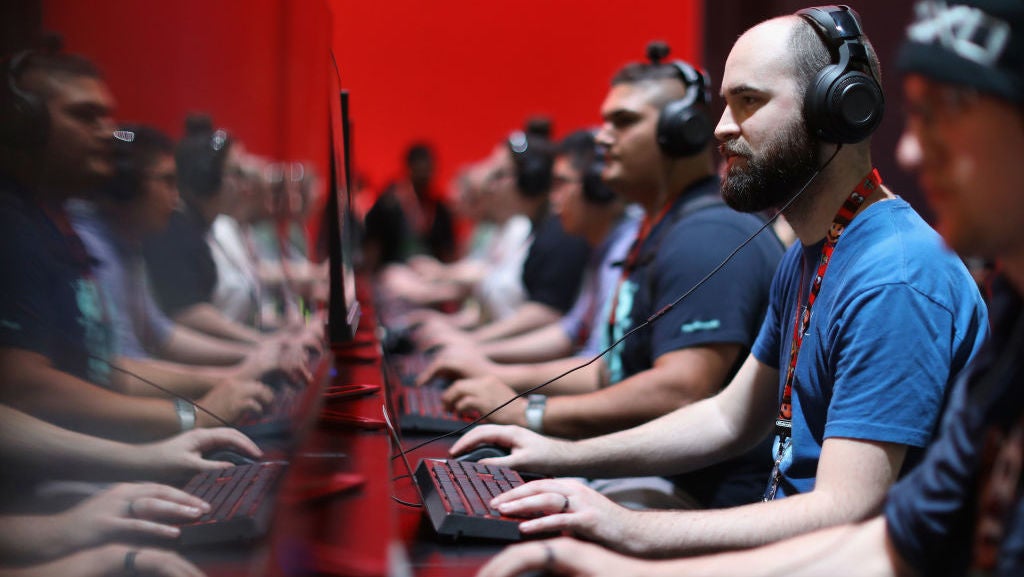 Video Games Really Can Damage Your Brain (But Don't Panic)

A recent study found that people who played first-person shooter video games showed shrinkage in their hippocampus, the region of the brain responsible for both memory management and spatial navigation. But is playing Call of Duty really that bad for you, and if so, can a daily dose of Super Mario 64 balance everything out?

I can’t imagine that Fe was designed with that in mind. But it’s intriguing how more games are dialling back on minimaps and markers as a feature of gameplay. Zoink’s idea was to replicate the feeling of being in a forest, dealing with the sense of being lost by wandering around, or climbing a tree, and having UI prompts would go against that.

There’s a pervasive darkness throughout in the first few minutes of Fe, almost foreshadowing the state of the forest itself. And later on, the game’s purpose becomes clear: a race of creatures called the Silent Ones have invaded the forest, capturing and imprisoning any living being they encounter. It falls to the player to rally the forest against the unknown threat, and that’s done primarily through … well, singing. Singing is the “language” of the forest, so to speak, with Fe, flora, fauna, and the other woodland creatures all responding to whatever voice Fe has equipped at the time. Not every creature or plant speaks the same language, and in some instances you’ll have to return to areas, Metroidvania-style, when you’ve learnt the requisite voice to move forward.

One instance early on involves a flower, which needs to bloom for the player to scale a nearby cliff. The flower doesn’t respond to your initial language, however, so you have to befriend a nearby deer. The befriending process is a balancing act between making sure you don’t project your cry too loudly – or it’ll scare the deer off – and hitting the right frequency.

Voices and abilities are granted through the Elder Tree, which functions a lot like a hub world of sorts, as well as various guardians and prominent members of the forest. One such instance involved a giant reindeer, so large that Fe has to scale the trees on its hind legs to get close enough to start a conversation. The reindeer will then teach Fe a new language, indirectly unlocking other parts of the forest to explore. What underpins all of this, and probably the main reason why people will be interested in Fe, is the aesthetic. Throughout the demo, a slow, instrumental melody punctuated the journey through the forest. As more parts of the forest were unlocked, so too was the colour palette, becoming a little less dark, and then slightly more vibrant.

It’s relaxing, although Bille explained there are segments where the player can die. The Silent Ones are a force that can’t be tackled head on, either. That said, you could lure the Silent Ones into the path of larger, more aggressive creatures – not everything in the forest is friendly – or through other forms of trickery.

Fe is due out “early” next year on PC, PS4, Xbox One and the Switch. As an aside, Bille confirmed that the game would aim for a locked 30fps on all platforms, with a 60fps option on PC “possible”.

The author travelled to Gamescom as a guest of NVIDIA.