In the gallery of the newly-released Mega Man Legacy Collection 2, under the Mega Man 8 heading, is a piece of concept art that doesn’t look like it belongs.

The art in question, seen above, depicts Mega Man in teal, grey and gold with what looks like a bit of stone wall protruding from the front of his helmet. The stone wall motif also carries to Mega Man’s right arm, replacing his traditional buster weapon.

The image has fans confused, as evidenced by a rather lengthy Twitter thread started by Protodude (via Game Informer), steward of fansite Rockman Corner.

This art is in Mega Man 8's museum in Legacy Collection 2.

For one thing, the image does not match any of the other concept art in the Mega Man 8 gallery. See the segmented feet? That sort of design didn’t come into play until Mega Man’s appearance in Super Smash Bros. for the Wii U/3DS. 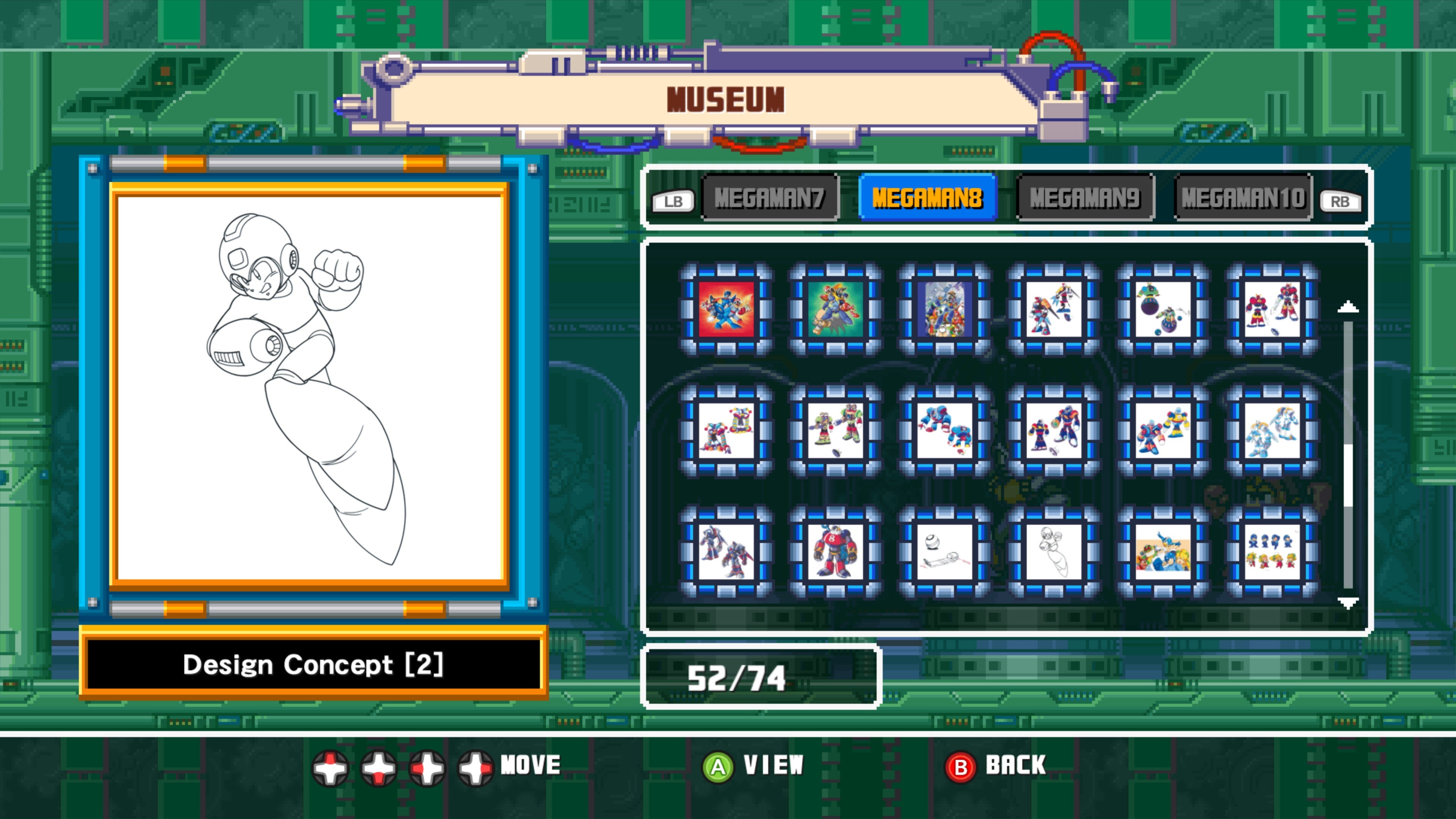 All of the other art in the gallery featuring Mega Man himself uses the creased boot style, seen in the image above.

Fans of the series suggest this art was created digitally, unlike the rest of the concept art in the gallery. Furthermore, the consensus is that the style is that of artist Yuji Ishihara, who did the character design for the Mega Man Battle Network series and would not have been involved with Mega Man 8. 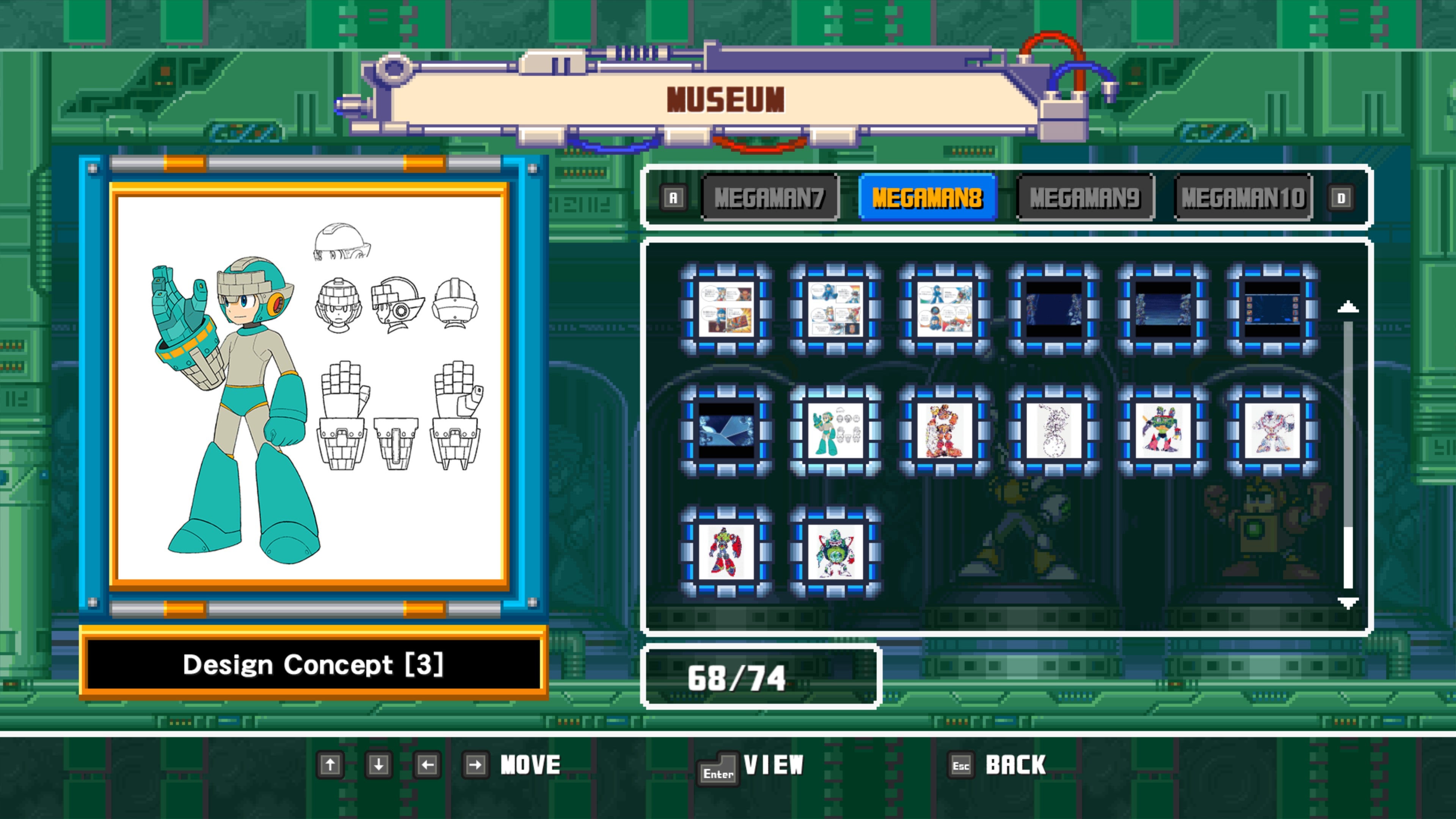 On top of all of that, Mega Man does not transform when he takes on enemy weapon types, though creator Akira Kitamura described his original idea for the character as featuring such a mechanic in an old interview:

In the beginning, I imagined a character like Mega Man equipped with some kind of weapon, but when you transformed, your whole appearance would change. You know that little protrusion on the top-front of Mega Man’s helmet? When you changed weapons, it was supposed to change like the Ninja Captor character’s helmets, and show a little symbol depending on the weapon’s element (fire, water, lightning, etc).

Some fans think it was a mistake, much like Capcom leaving in the “Licensed By Nintendo” line in the collection’s version of Mega Man 7. 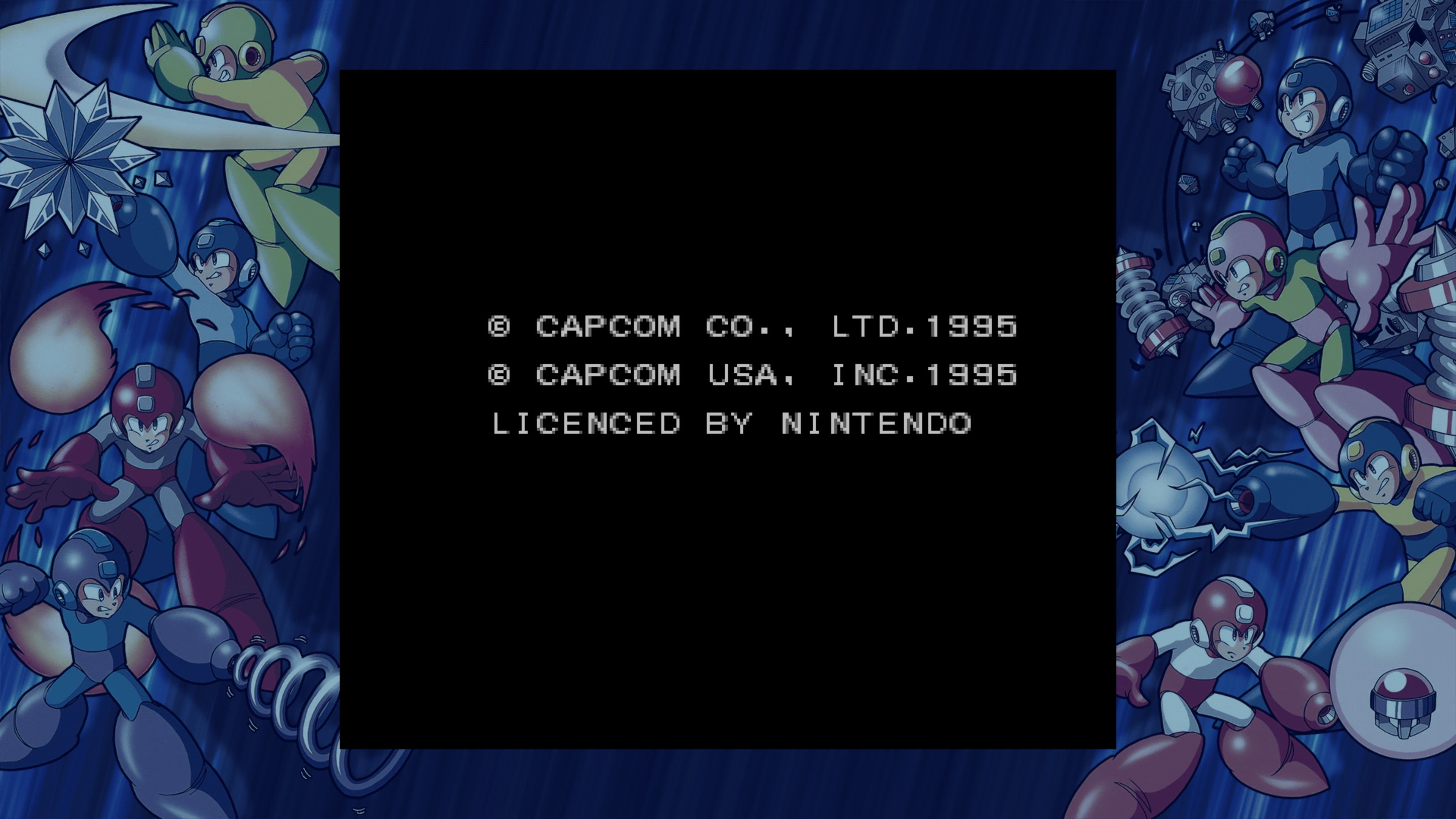 When contacted to see if the company could help nail down the origin of the art, I was given the following response from the development team:

“The museum is filled with pieces of original concept art, and like all concepts during the development process, some make it into a game and some don’t.”

So not much help there.