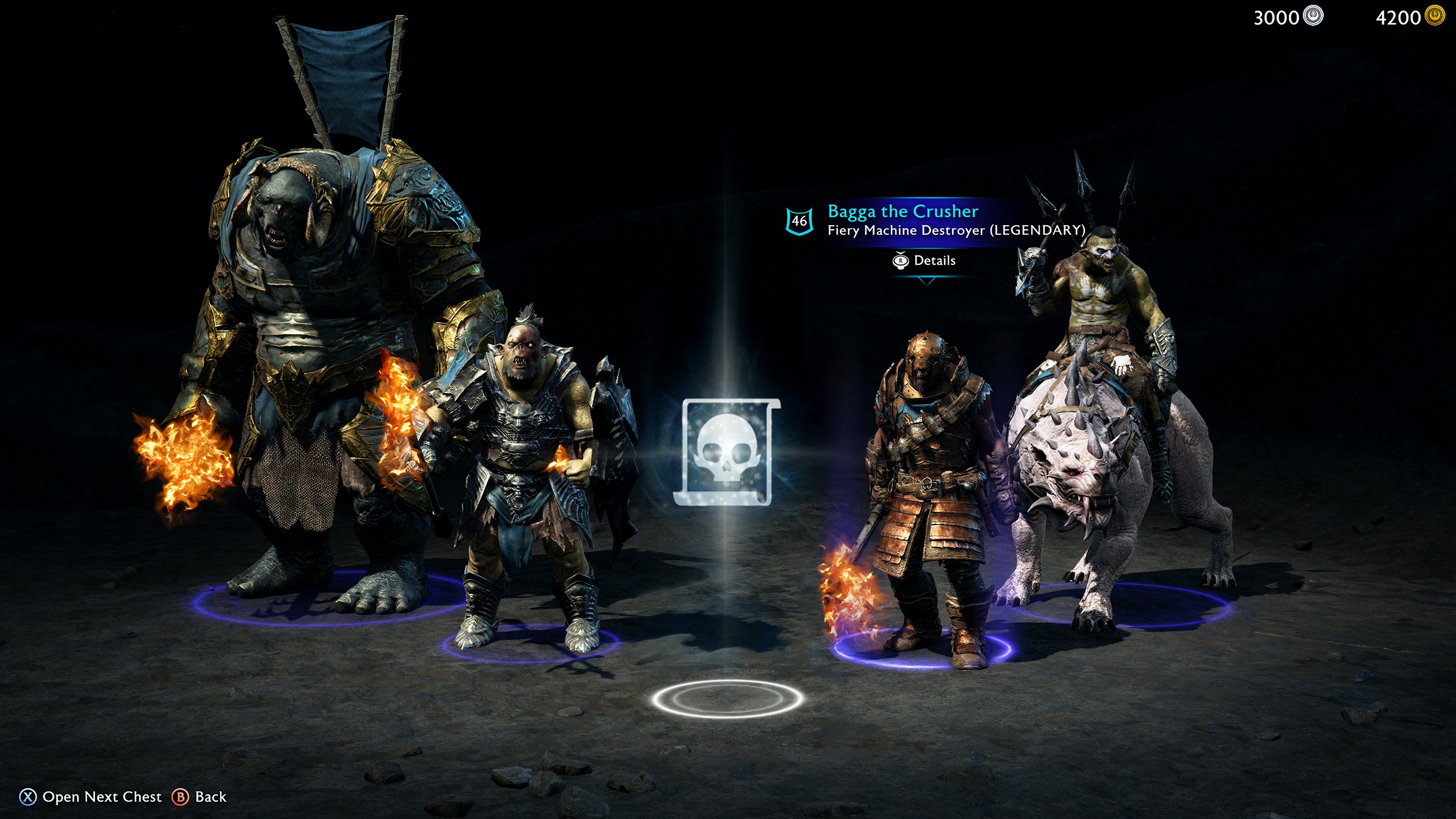 Middle-earth: Shadow of War, the sequel to surprise 2014 hit Shadow of Mordor, will come stuffed with loot boxes and microtransactions, not just for cosmetics but for gear that improves your main character. This news, announced over the weekend, has thrilled fans across the world. (One top Reddit post: “That’s a great way to get me to not buy this game.”)

Shadow of War will be out for PS4, Xbox One and PC on October 11. Over the weekend, the developers at Monolith laid out their plans for the game’s “Market”, and it’s full of the type of buzzwords that you can only find in AAA gaming. “Through the Market, players can purchase Loot Chests, War Chests, XP Boosts and Bundles (accessed only with an internet connection),” they wrote.

Allow Monolith to explain exactly what that means:

To buy all of these packages, Shadow of War players will need to use two types of currency, Mirian and Gold. As is usually the case when a video game has two types of currency, one of those will cost you real money. “Gold is a form of in-game currency awarded in small amounts at specific milestones and for participating in community challenges,” Monolith wrote. “It can also be purchased for real money through the PlayStation Store, Xbox Store and by adding funds to your Steam Wallet.”

The company says it will reveal the pricing for Gold at some point in the future.

In a Q&A, Monolith continued:

Everything a player can buy with Gold can also be earned in the game over time for free, but Gold gives players the option to acquire these items faster. No Gold purchases are necessary to enjoy the complete game experience.

What do you mean when you say Gold can save time?

By simply engaging with the world and playing through Middle-earth: Shadow of War, you earn items like Gear for Talion and unique Orcs for your army. These are the same items that are found in the Market within Loot Chests and War Chests. Gold merely allows you to get your hands on them immediately, cutting down some of the additional time that would have been spent winning more battles, tracking nemeses, completing quests and assaulting fortresses.

It’s one thing when a $100 game offers microtransactions for cosmetics. It’s quite another when the game wants you to pay to cut down on “some of the additional time that would have been spent winning more battles, tracking nemeses, completing quests and assaulting fortresses”. It will be impossible to play Shadow of War without getting that nagging feeling that the game is full of padding that you should be paying to avoid.

Between this and releasing the game smack in the middle of October, surrounded by the likes of Assassin’s Creed: Origins and Super Mario Odyssey, it seems that Warner Bros. is dooming Shadow of War to a fate worse than Boromir’s.