Playing With One More Life Could Revolutionise (Or Hurt) Smash 4, Pros Argue 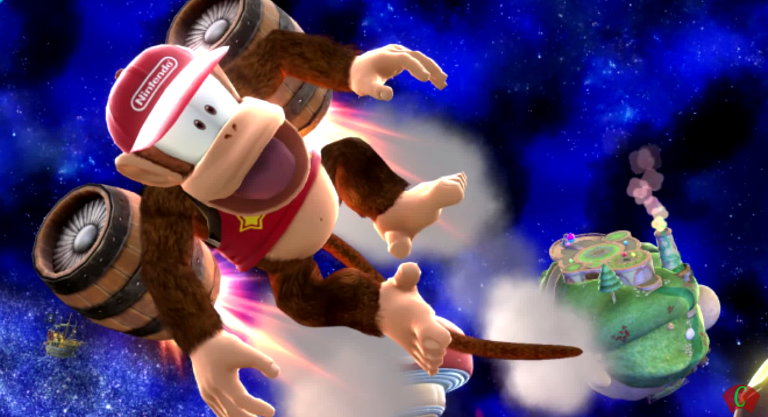 Spurred by a Tweet from a top player, Super Smash Bros. pros are debating whether adding one stock, or life, to competitive matches could mean fairer fights or a dissolution of how the game is played.

Pros compete in 2014's Super Smash Bros. 4 with two stocks. High-stakes and punishing, the ruleset makes spectating an edge-of-your seat affair. After a fighter dies just once, they can nearly kiss a loss for that round. The top 32 or 48 players at a big tournament might play in best-of-five sets. So even though each game lasts a swift two stocks, players who take quick losses in an early round can easily redeem themselves.

Lower-level competitors often aren't as lucky. They vie for victory in exacting best-of-three sets. An early loss in a two-stock game for them is frequently devastating.

It wasn't always this way. Competitive Smash 4 originally inherited its predecessor Super Smash Bros. Brawl's three-stock ruleset. Brawl's slow-paced matches failed to garner a broad following. Fearing a repeat, Smash 4 tournament organisers and pros decided to steal away a stock. Smash 4 was already considered a slow competitive game, although at that point, pros were still optimising their play. That was back in 2015, and ever since, two-stock games became the international tournament standard.

On Twitter yesterday, Gonzalo "Zero" Barrios, the world's top Smash 4 player, said he had to get something off his chest: "I think Smash 4 should be 3 stocks (BO3 [best-of-three] whole event) or 2 stocks best of 5 (whole event)." It's a debate that's been happening for a while — should Smash 4 change its ruleset and add a stock back in?

"I believe change needs to happen because we just aren't playing the same game anymore," Gonzalo "Zero" Barrios, the world's top Smash 4 player, told me over email. Barrios has been championing Smash 4 since its nascent days and has seen pros' gameplay get tighter after practice and a few helpful patches. Now, he's arguing that the rules need to modernise at the same rate as pros' gameplay.

Right now, a single misread move countered by a well-timed punish might cost pros a game, especially if they're playing for two stocks in a best-of-three match. It takes time to learn your opponents' strategies — and that time is restricted by the current ruleset.

With another stock tacked on, Barrios explains, "The game would be slightly more consistent. [S]ince it would be longer it would allow for more interactions in one match, making the more skilled player win more often ... the issue right now is that the games are sometimes less than a minute, or decided in one combo or string. Some characters who rely on gimmicks or tricks that can quickly decimate your stock would become slightly less powerful, I'd say."

It was, to many, an outrage. Fans argued that Barrios' more steadfast fighter Diddy Kong should have prevailed over the unorthodox Bayonetta, who relies on strings of so-called "cheap" moves. With the players tied two-two and with two stocks left each, an EVO commentator proclaimed that "Whoever takes the first stock is your EVO champion," and it was Barrios who did. But Young stole number one in a surprise upset by churning Barrios through a series of scary aerial attacks. Perhaps if Barrios had longer to fight, he could have pulled through.

Longer fights couldn't be less palatable to tournament organisers. Sets could drag on indefinitely. Worst-case scenario for a tournament organisers is that higher-level sets last up to 45 minutes. Viewership, surely, would plummet. Two organisers interviewed about this attested that there are major logistical challenges to extending Smash games by another stock, like paying casters and tech folks for more time.

Chicago Smash tournament organiser Tom "Lord Sturm" Berg told me, "The whole debate of two stocks vs. three stocks boils down to balancing watch-ability as an esport versus giving players more time to express their gameplay skills against each other in a given set." He added that "With esports viewership being a thing we have to consider nowadays I think the pace of two-stock rounds is ideal for viewers. The average round time is around three minutes, which is already longer than a round of a traditional fighter, even with a quicker pace of play than we had in 2015."

Changing to a 3 stock format for Smash 4 would move Wario down legit 2 tiers, he would be trash

Players who agree that three-stock matches would ruin the game argue that changing the ruleset could also make some characters less effective. Fighters who are great at racking up damage, but not at taking a life, might have to exert a lot more effort to steal three stocks and not two. Others ask — isn't that the greatest measure of skill? In response, community members are pitching more two-stock and best-of-five sets, to at least do away with best-of-three sets that are common early in tournaments.

Weighing players' experiences against how fun the game is to watch will help Smash fans determine who comes first: pros, spectators or organisers. In the end, it's likely that nothing will change. In the meantime, imagining the difference one stock can make is certainly helping Smash fans figure out where everyone's priorities lie.