The Best Thing About Mario + Rabbids Kingdom Battle Are The Details

Kingdom Battle is a love letter to Mario and the Mushroom Kingdom, and you see this reverence in nearly every aspect of the game, from mechanics to the animations. Even the flavour text is wonderful.

Right now, lots of people are talking about how Luigi dabs when he sends out an explosive sentry:

This is the least impressive thing about Luigi! Notably, Ubisoft has also made Luigi's infamous death stare a special in the game — well, technically it's called 'Steely Stare,' but we all know that's a reference to the green plumber's murderous face in Mario Kart. 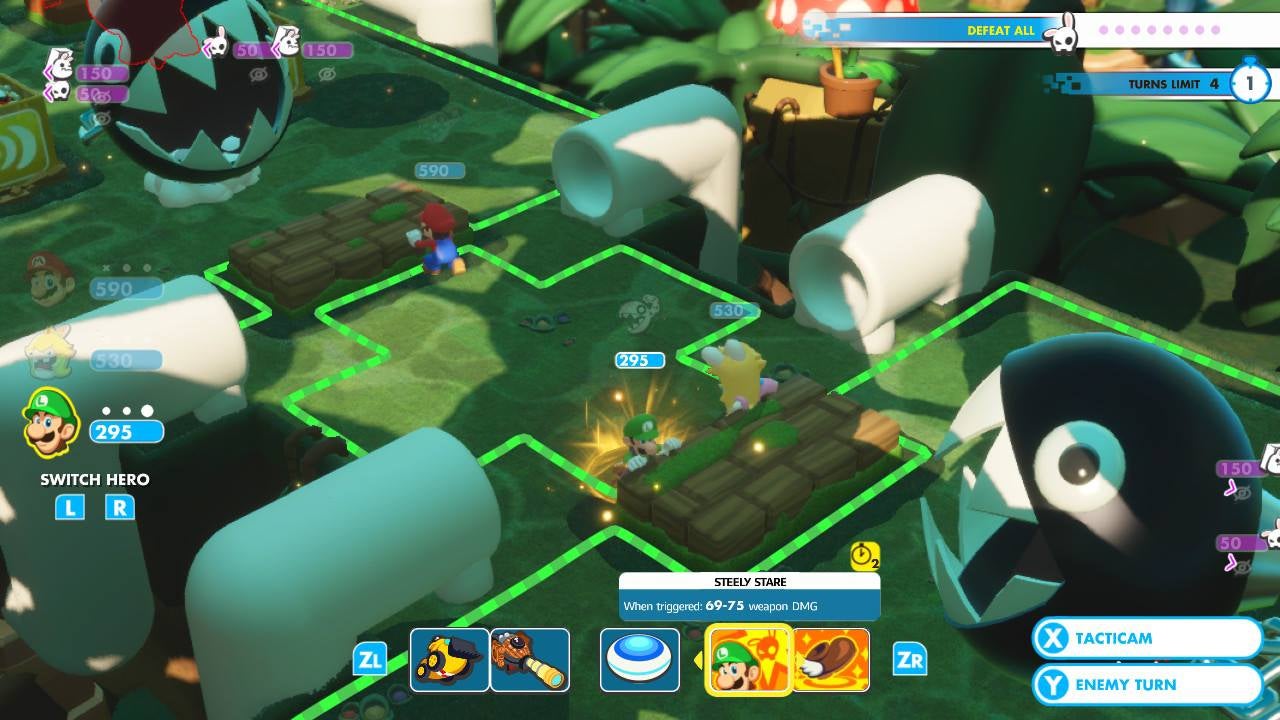 Steely Stare works much like an overwatch move does in similar strategy games: if an enemy moves, Luigi will automatically attack them. So you use Luigi's death stare to kill enemies all the time in this game.

Did I mention that one of Luigi's starting weapons is based on the Poltergust 3000 from Luigi's Mansion? Luigi's sniper is a god damn vacuum cleaner, people. 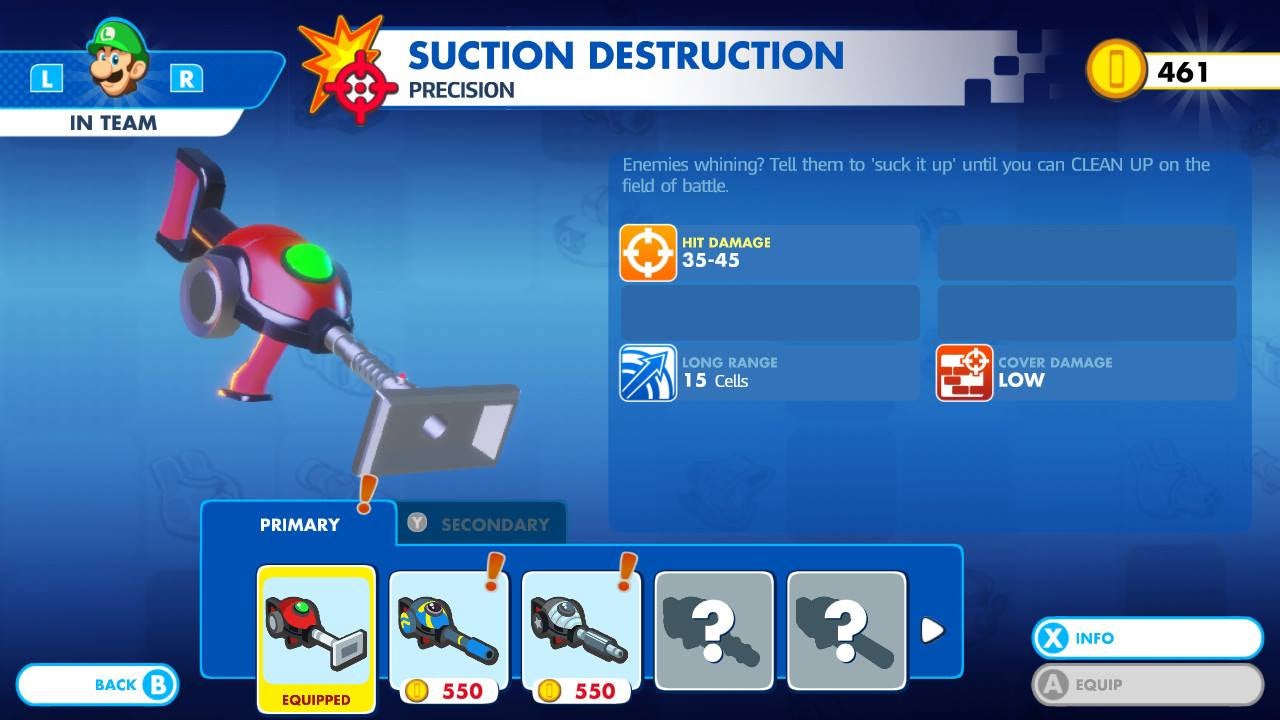 Actually, I adored Kingdom Battle's weapons and descriptions, period. They're cute and funny enough that you almost forget that you're talking about guns and grenades. Here are some of my favourites. I apologise in advance for the puns: 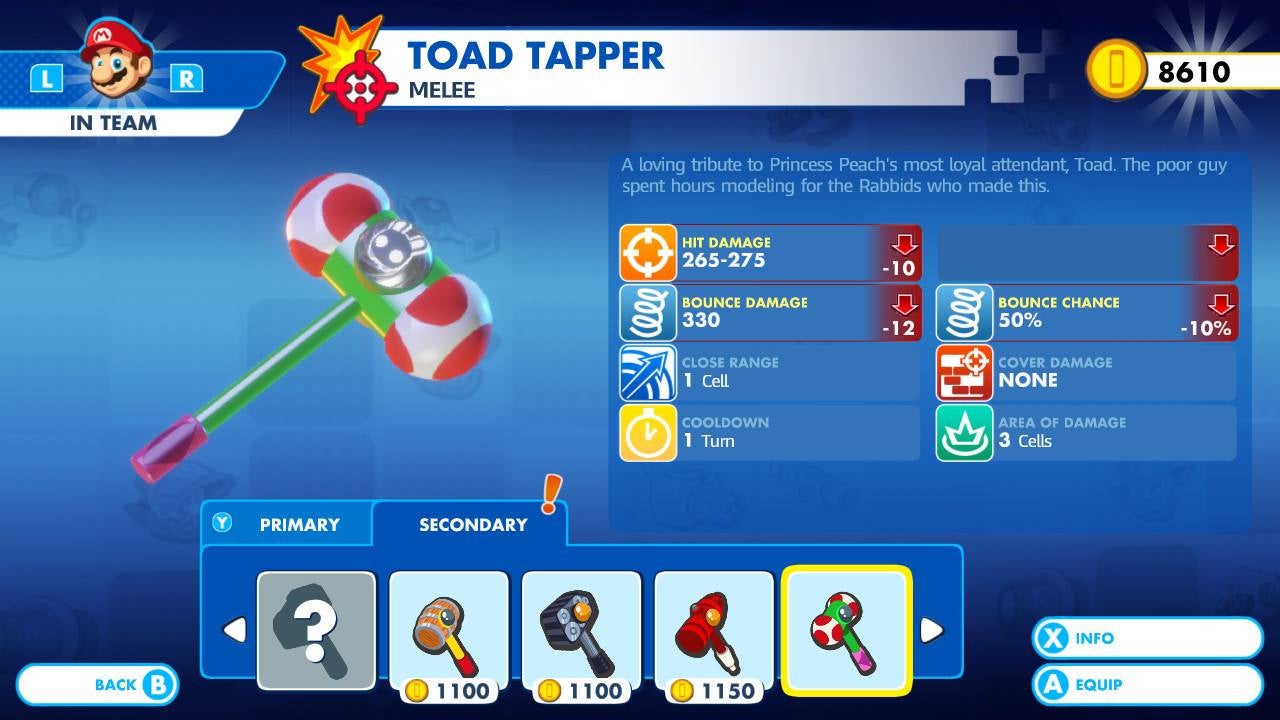 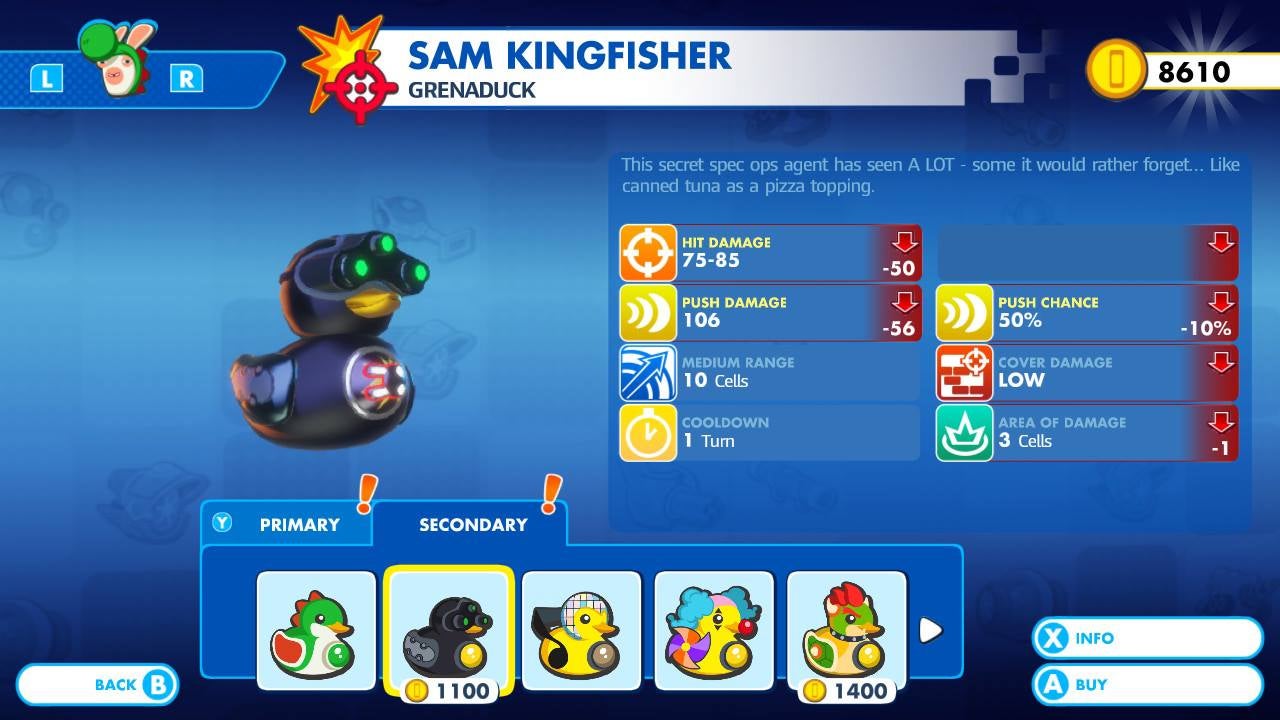 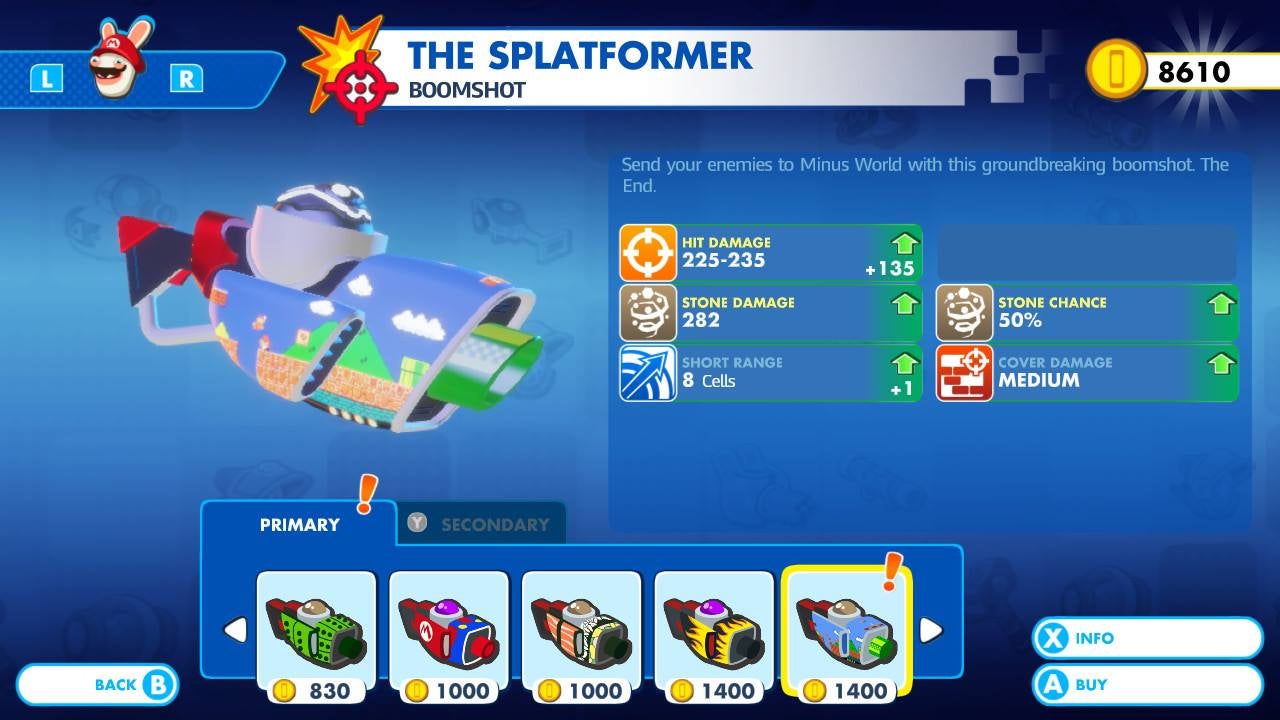 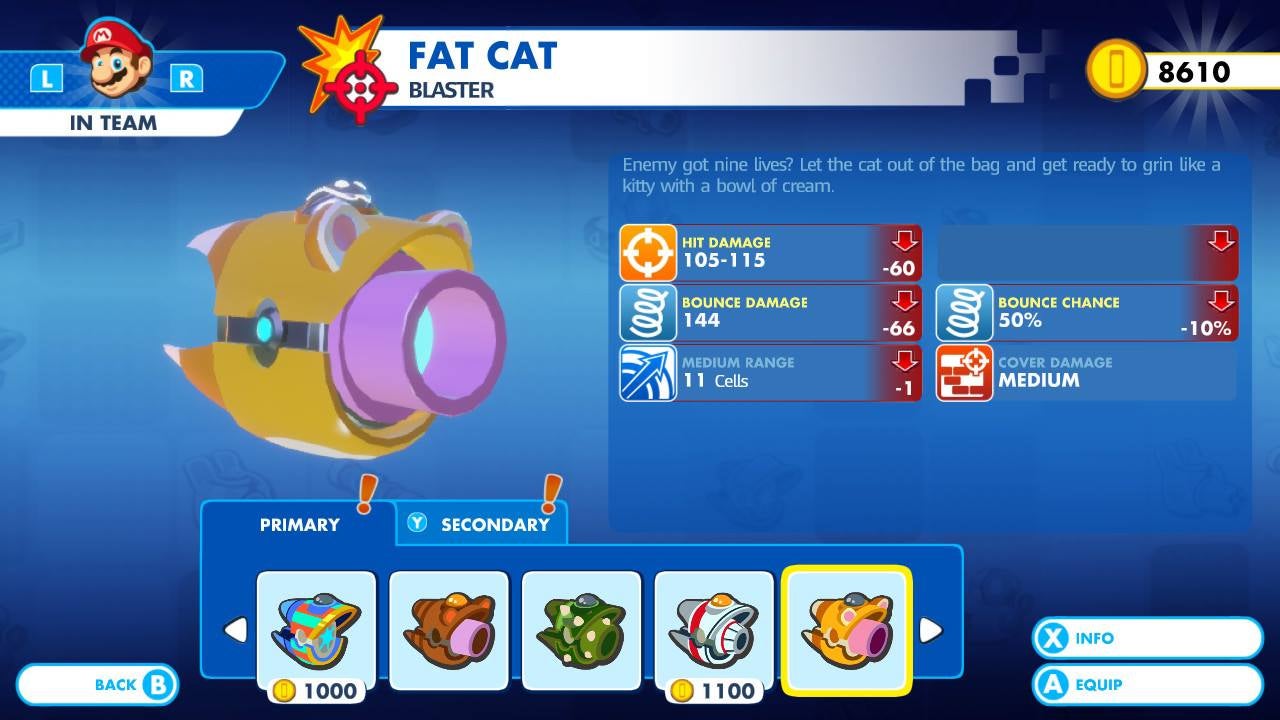 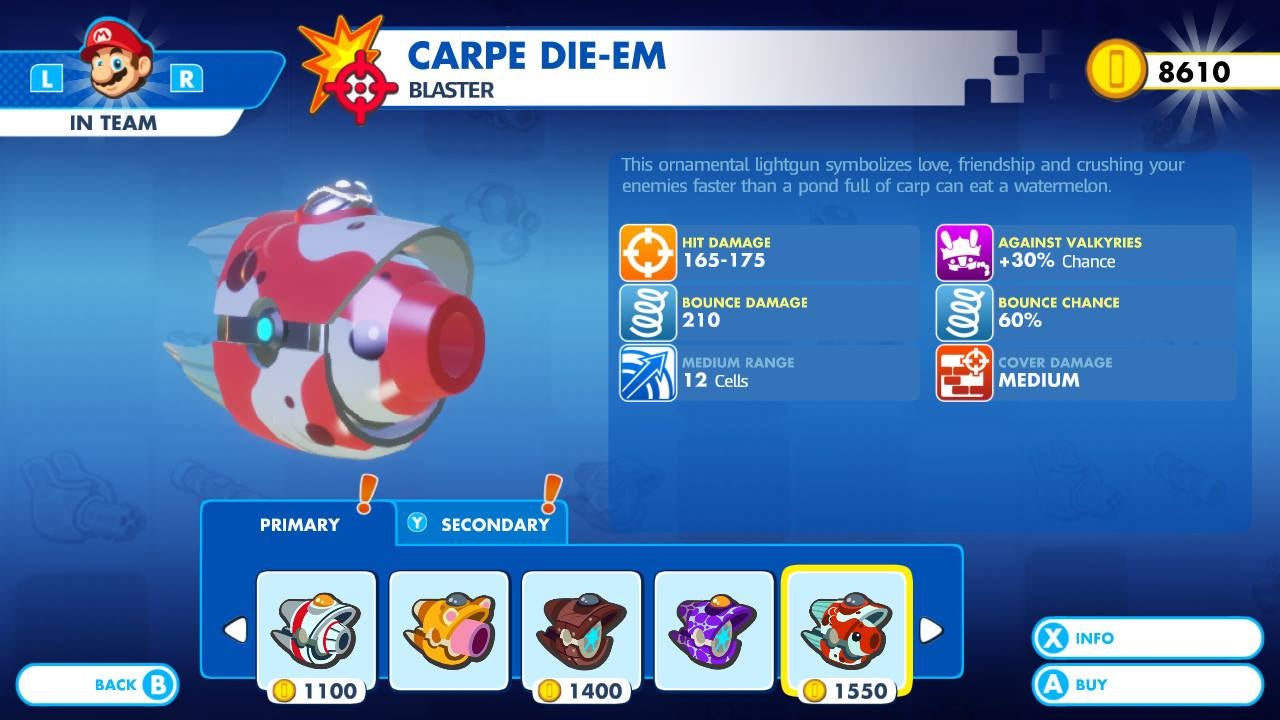 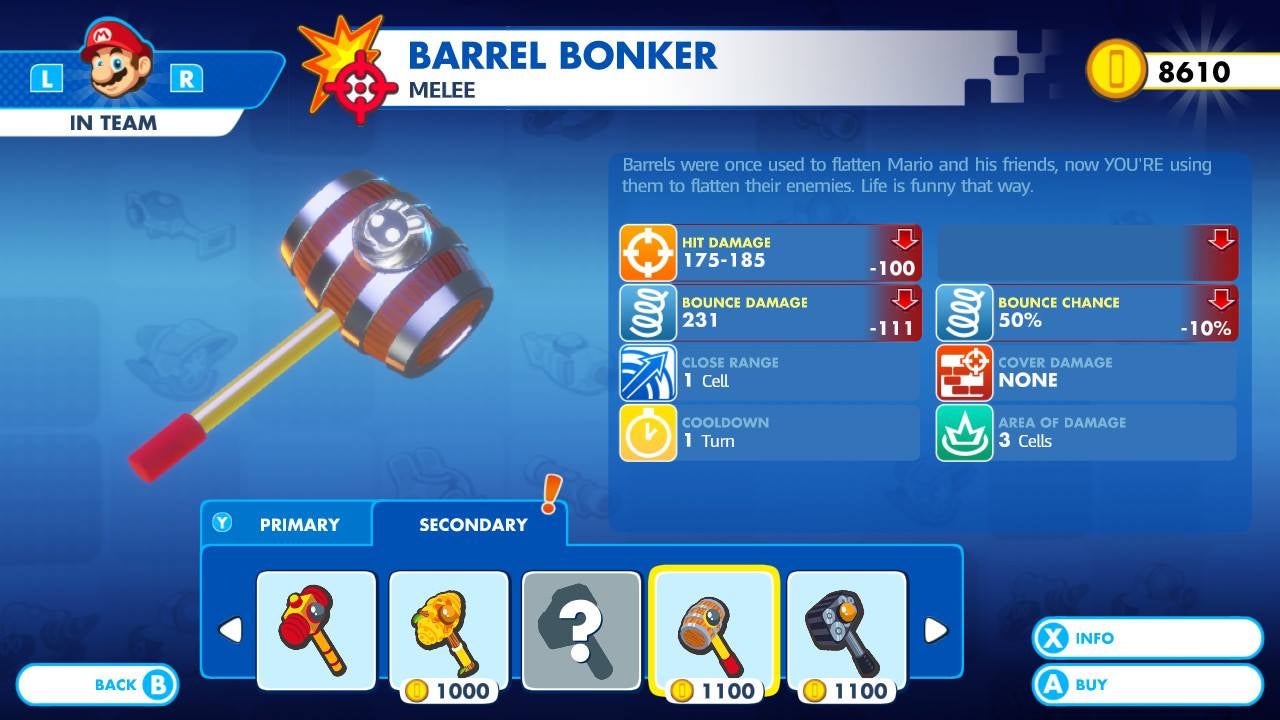 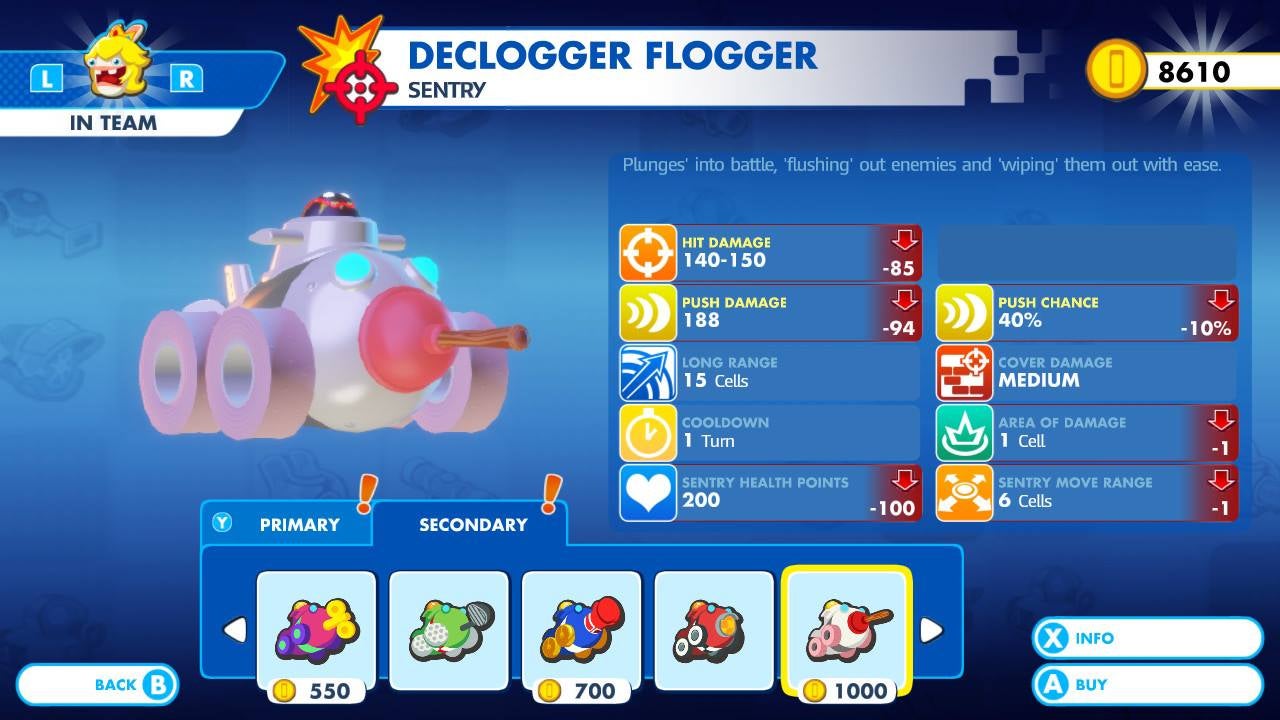 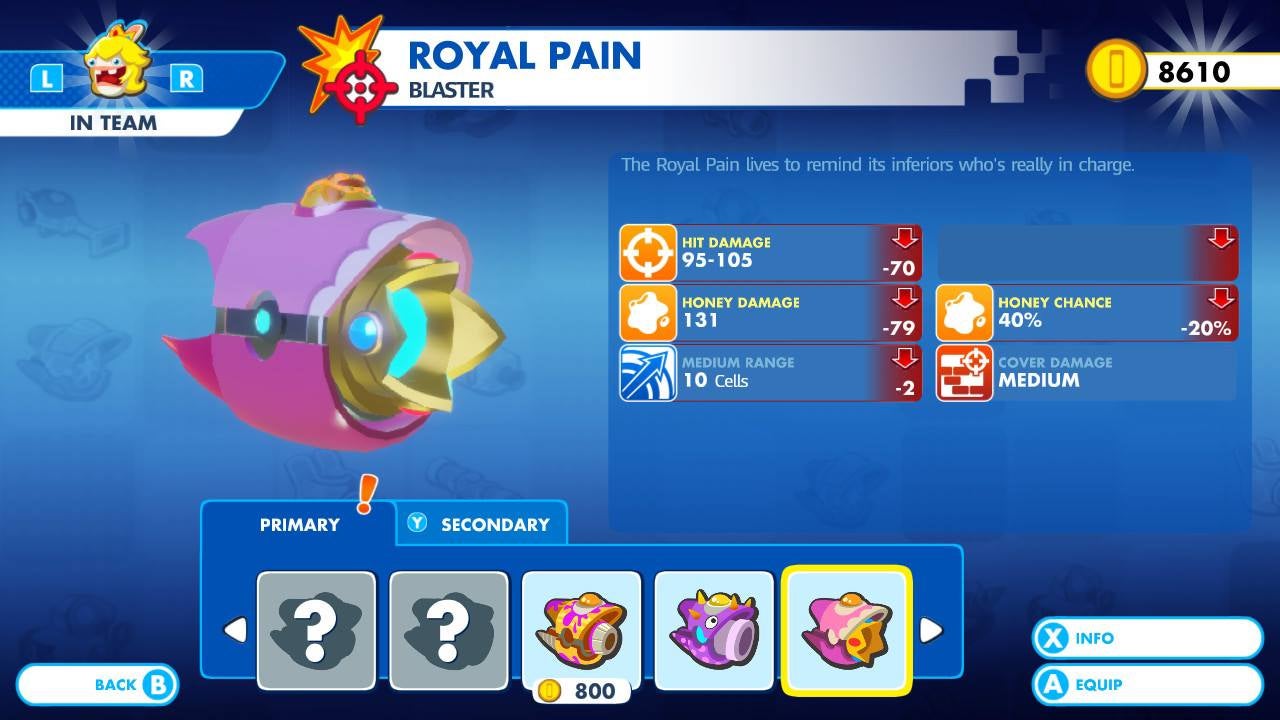 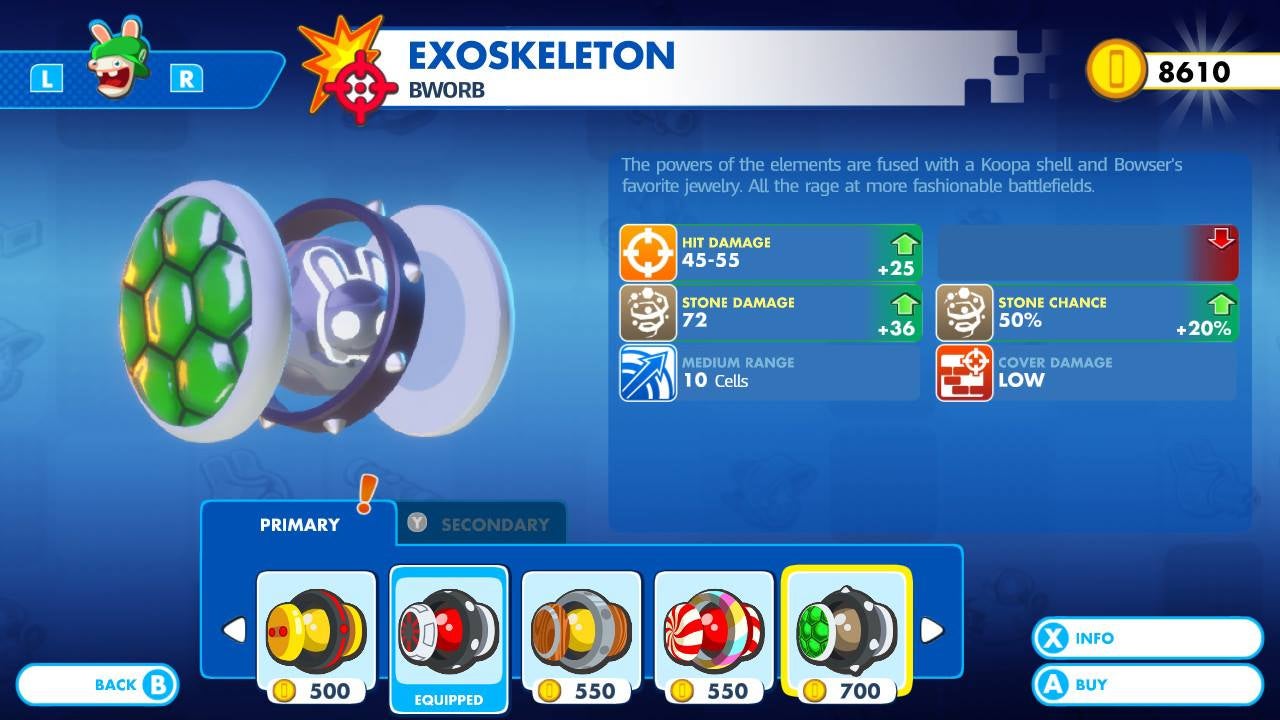 This is but a small taste of the references, homages, and great animation featured in Kingdom Battle. As I mentioned in my review, playing this game you really do get the sense it was made by superfans, and that care elevates an engrossing tactics game into something truly great.