The Escapists 2 Starts With Prison Breaks, Then Gets A Lot Weirder 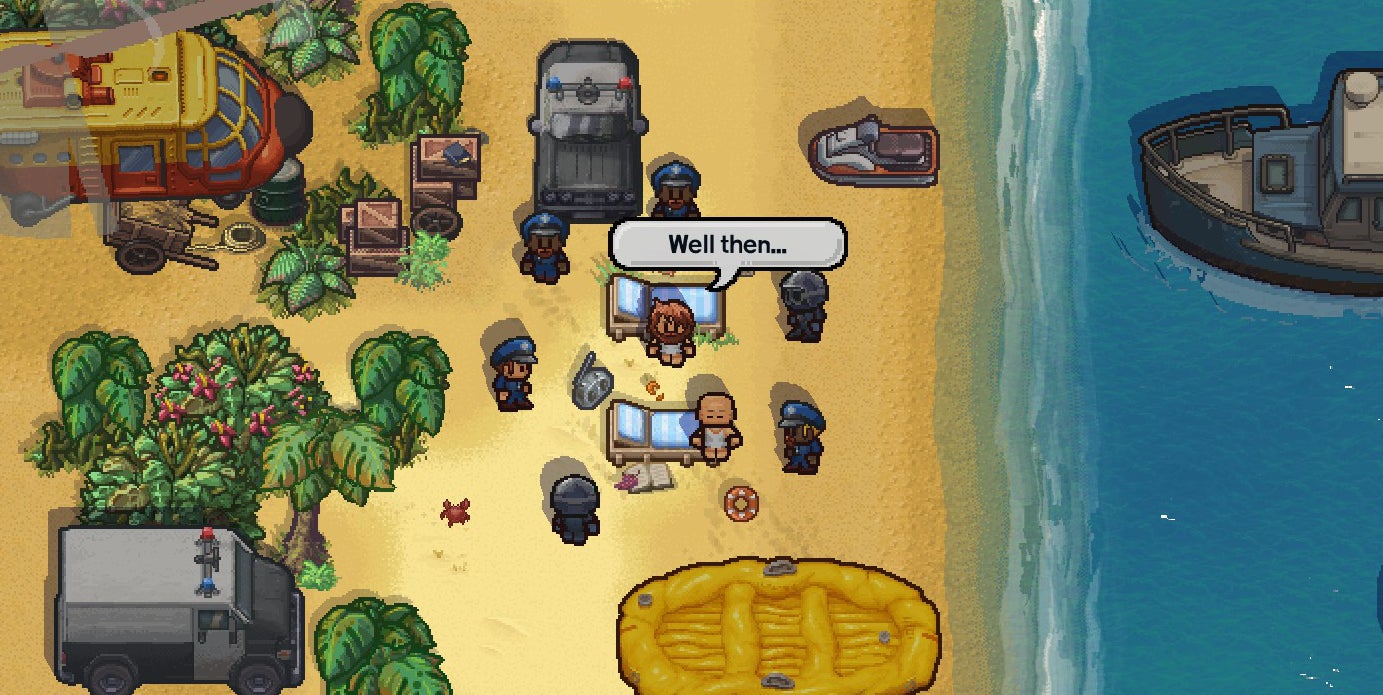 The Escapists was a surprise Steam hit about breaking out of a variety of prisons, each with its own layout and routines. The Escapists 2 still has prisons, but they're joined by a series of weirder, wackier locations and situations.

Released earlier this week, The Escapists 2 has, like its predecessor, become a Steam hit. On a basic level, it's pretty similar to the first game, with the player tossed into a series of sanitised (read: Not at all realistic) clinks from which they must escape. You do this by adhering to a daily routine so as not to raise suspicion while strategically sneaking away to collect items, craft tools such as shovels and shears, do quests for fellow inmates, case the place, and eventually make your daring escape.

The basic routine of sleeping, eating, working, exercising and reading quickly grows monotonous, but that's the point. You can't just grab a shovel and start digging because guards regularly sweep most areas, and once they smell something fishy, security goes through the roof. Getting caught isn't a game over, but it can be functionally similar — guards will beat you up, put you in solitary, and worst of all, take most of your heard-earned items. Maintaining your routine keeps the guards off your trail. At its worst, The Escapists 2 can be a game of mind-numbing routine followed by crushing frustration, as your plans go awry and you have to start from scratch.

But it's also a learning process, and an interesting one at that. While the game offers a tutorial prison, it only teaches the basics. You have to figure out everything else on the fly. Each prison is its own character, and once you start getting the lay of the land, it's only natural that you'll start hatching plans from that big ol' brain egg of yours. Maybe you'll attempt a classic, like using cafeteria items to slowly dig a hole, then covering it with a poster when you're not around. Maybe you'll unscrew a vent and lurk in the ceiling until the perfect moment. Or maybe, like I did, you'll accidentally get into a brawl with a guard, frantically carry his unconscious body into an empty office, find that he was carrying keys and other crucial items, and abandon your old plan because, fuck it, it's now or never. 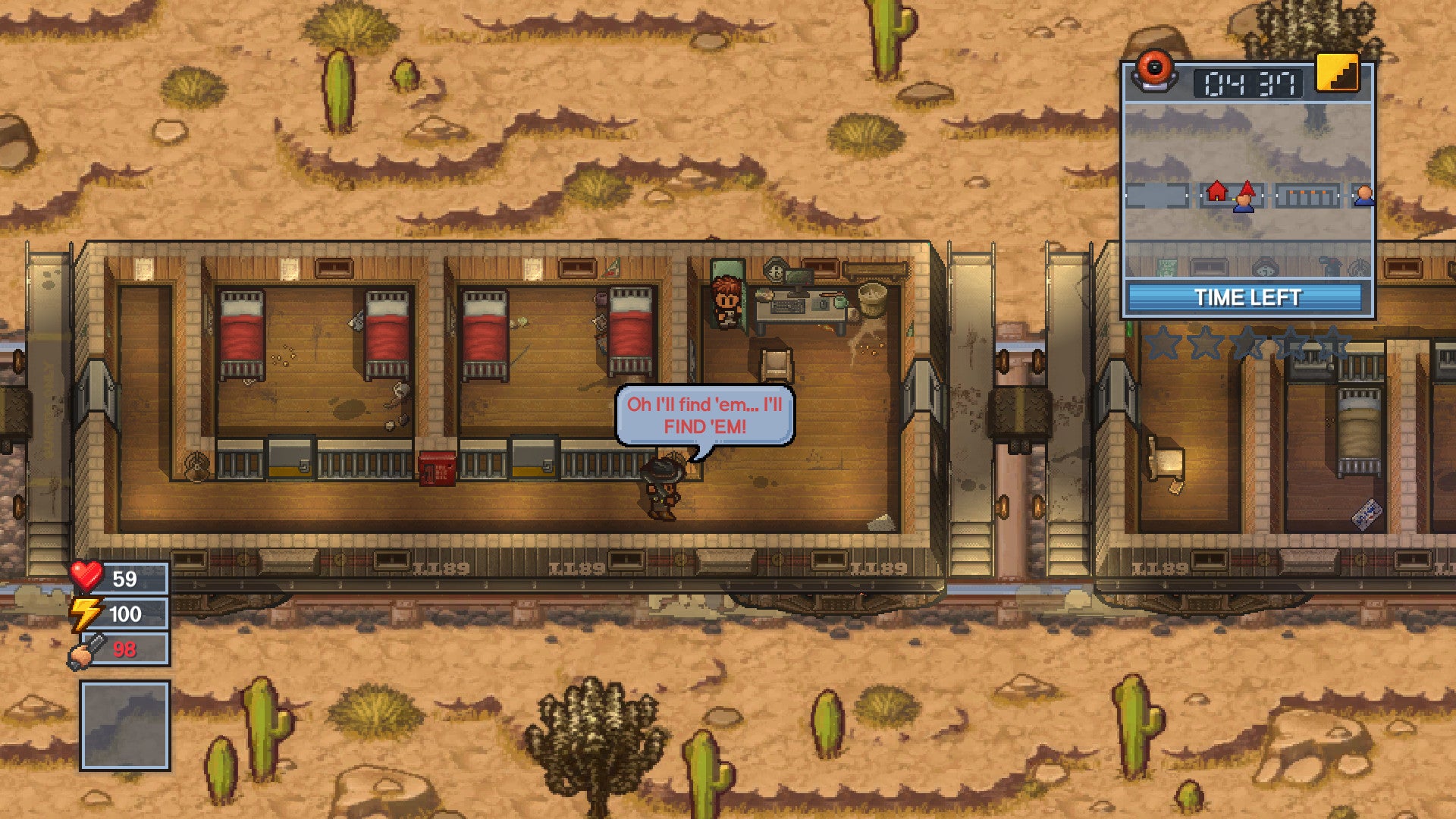 But traditional prisons are only part of The Escapists 2. It isn't long before you unlock different locations, the best of which require you to escape while in transit. These transport prisons include a train, a plane and a boat, giving you much more structured, goal-oriented escape experiences and imposing tense time limits. I haven't beaten one yet, but I've had great fun trying. On top of that, there's a level set in the Wild West and another set in a futuristic space prison. Something for everybody!

I've mostly been playing single-player, but The Escapists 2 also adds multiplayer in the form of co-op and versus modes. Both are similar to the single-player game, but in the former, a friend can distract guards for you or assist in more elaborate escape plots, and in the latter it's all about who can escape faster. There have, however, been widespread reports of multiplayer bugs, glitches and design flaws. Developer Team17 has been furiously patching away since the game came out, but for now, beware of irritations like a convoluted progress-saving system. 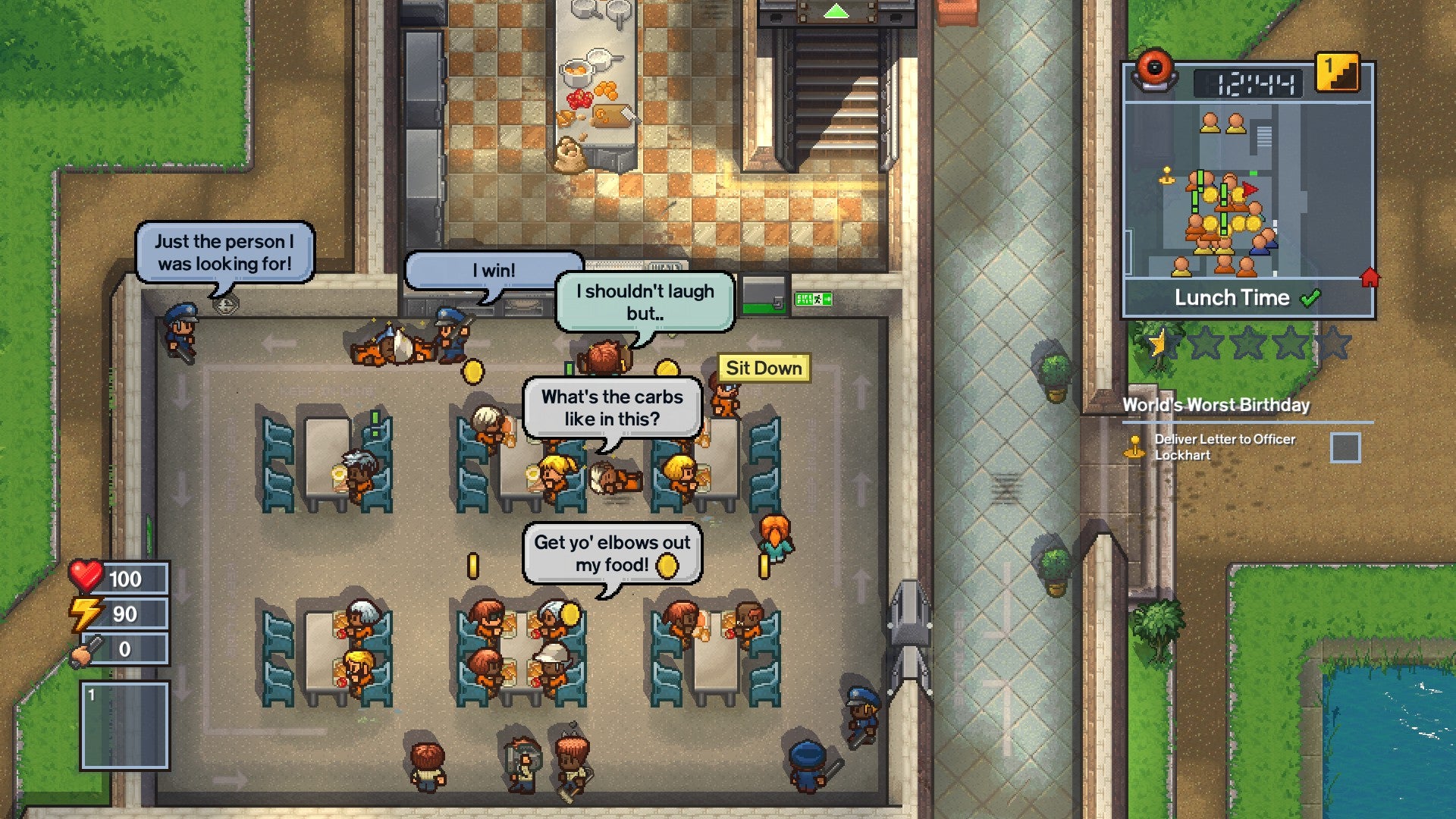 The Escapists 2 is a game of extremes. At any given moment, it can be very boring, wildly exciting, teeth-grindingly frustrating, or downright wacky. It isn't always fun in the traditional sense, but it's definitely unique.