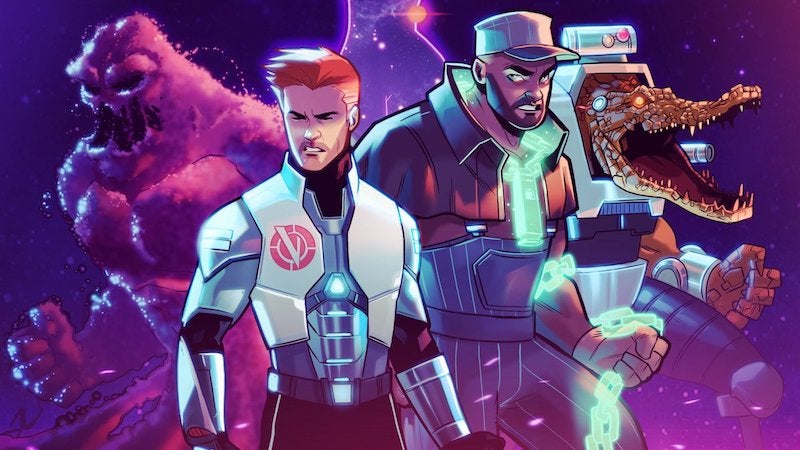 Yeah, yeah, Rick Sanchez is great and so is Morty and that joke you just made about McDonald's Szechuan sauce was incredibly clever, but I need you to be quiet for a second and look at this art of the Vindicators. I mean really look at it. Drink it in. Savour it. Bask in its glory.

We feel very confidently that the Vindicators, Rick and Morty's cosmos-hopping team of dysfunctional superheroes, are more than deserving of their very own series chronicling their own adventures. As if this past week's episode featuring Supernova, Million Ants, Maximus Renegade Star Soldier, Alan Rails, Crocubot and Noob-Noob wasn't already enough to convince you, artist Stephen Byrne's glorious illustration of the squad, rendered in full the comic book stylised glory that they deserve, sure as hell should. (Even if it omits Noob-Noob.)

Sure, most of the Vindicators are currently dead in Rick and Morty's prime universe, but that shouldn't be a reason to count them all out quite yet. The multiverse is an awfully large place that Rick, Morty and Summer couldn't possibly hope to patrol and protect (?) all on their own. No, at some point, they're probably going to need the help of a half-crocodile, half-robot monster thingy and his good buddy, a sentient ant colony.

Trust us, the time will come when the only person who can save all of existence is actually a squirming pile of ants shaped like a man.