Never, Ever Eat The Pac-Man Curry 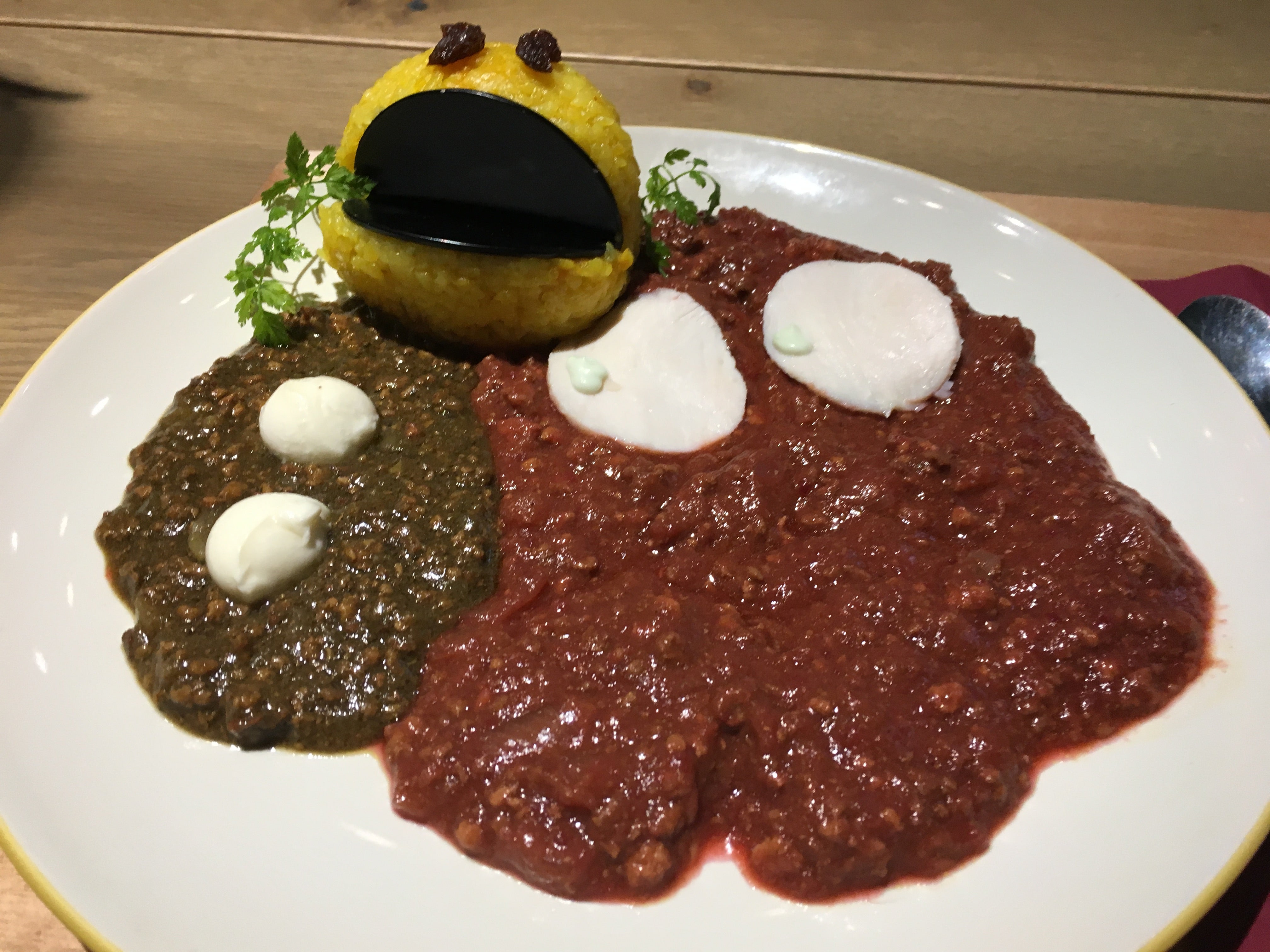 While trying out Mario Kart VR et cetera at Bandai Namco's VR Zone Shinjuku yesterday, I visited the cafe inside the virtual reality arcade. I was about to make a mistake.

The cafe was called Glampers. As in glamping, as in "glamorous camping." They served some appetizing-looking food such as a burger covered in melty cheese sauce and decent-looking fried chicken. (Considering you can get amazing fried chicken in many Japanese convenience stores, it was probably pretty good.)

I was probably going to get the burger. But then I saw it: "Pakupaku PAC-MAN's curry." The menu said that turmeric rice was used to create the yellow Pac-Man ball, and that red beets were used in the curry sauce to create the familiar shape of Blinky.

Finally, mozzarella cheese provided the eyeballs and dots. (That's supposed to be the game's black background, on the right.)

Moreover, it's curry. I love Japanese curry! I've got to, I thought, try this spin on this unofficial national dish. Goodbye, hamburger with your flowing rivulets of cheddar sauce; hello, Pakupaku PAC-MAN's curry.

First off, the black widget that forms Pac-Man's mouth isn't even food. It's a piece of plastic, and it was rocket-hot, as I found when I tried to remove it with my fingers to start eating.

This proved impossible, so I had to eat around it.

The rice was fine. It was rice.

But then I got into the sauce. Japanese curry comes in so many flavours and textures; what would this one be like? As it turns out, the taste was literally identical to the crappiest American prepackaged meat sauce.

Like Italian tomato sauce with ground beef, but the kind you'd get at a school cafeteria or in a tin can.

And so I had to sit there and eat what amounted to just a whole plate of meat sauce with a spoon. The whole plate seemed to have been heated under a hot lamp after it was created, which would account for the burning hot plastic and the fact that the sauce that was underneath the Pac-Man was stone cold, which was an exciting new moment of grossness that I didn't even believe this food could achieve.

By all means, go to the VR Zone and play Mario Kart VR, or get into an Evangelion, or ride a Gundam. But when it comes time for lunch, do not be tempted by the Pac-Man curry. Pac-Man wouldn't even eat this, and he eats everything.