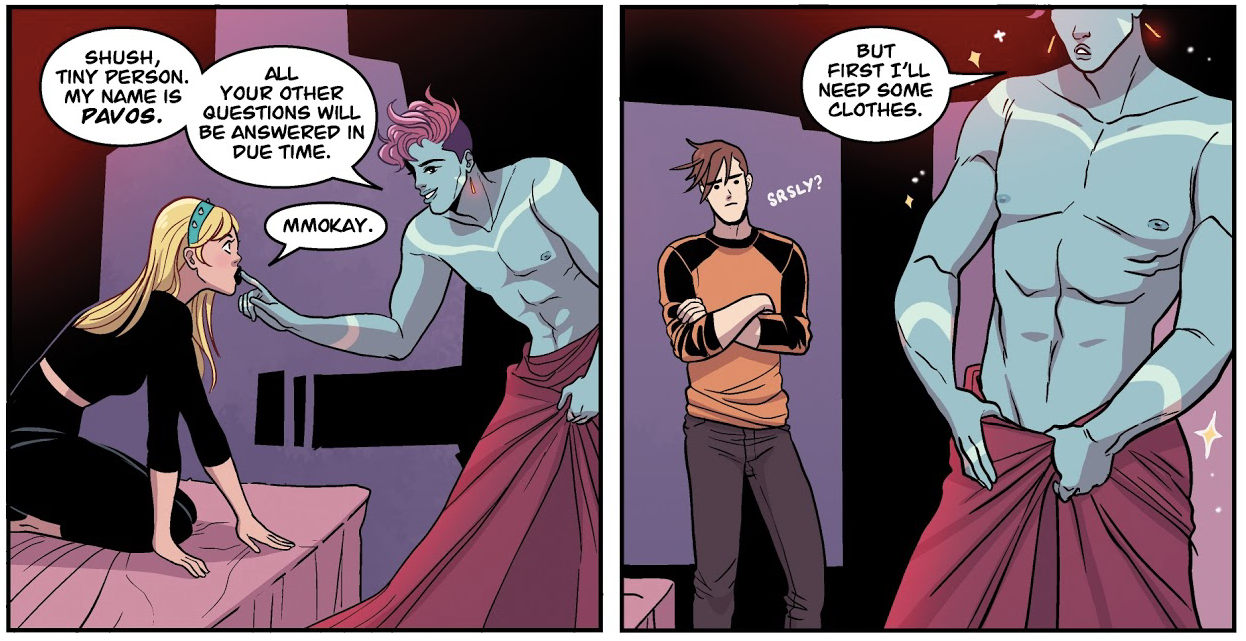 Dark Horse Comics’ Zodiac Starforce, a series about a group of girls blessed with superpowers by a cosmic goddess, has always been an unabashed tribute to magical girl manga and anime. Everything about the girls’ double lives, their relationship woes, and their kickarse transformation sequences is covered in the fingerprints of people who clearly have an appropriate love and reverence for Sailor Moon.

Because issues of the original Zodiac Starforce series were released at such a (refreshingly) slow pace, it could be a little difficult at times to fully lose yourself within the world it was trying to build. But writer Kevin Panetta and illustrator Paulina Ganucheau are tackling that particular sticking point in the most fantastic way with their follow-up series, Zodiac Starforce: Cries of the Fire Prince.

A team of magical heroes is only as good as their very fanciest villain. And Cries of the Fire Prince‘s titular royal is, for lack of a better way to put it, on some next-level dastardly bishounen shit.

Unlike most magical-girl series that follow a core team of heroes as they discover their powers and then resolve to fight against whatever evil force is trying to destroy their world, Zodiac Starforce actually begins at a point in the girls’ lives when they justifiably think they have already won the big battle. Cimmeria, the villainous goddess the Starforce once fought, isn’t the overarching threat she once was, and while the girls are still vigilant and ready should she ever return, the monsters that she once regularly sent to Earth have stopped appearing.

The first series was chiefly focused on the Zodiac Starforce dealing with a coven of teen witches trying to bring Cimmeria back to power. The coven was unsuccessful in its attempt, but as is often the case with fanatic cultists, it was only a matter of time before they tried their luck again. This week’s issue of Cries of the Fire Prince finds that same coven dabbling in new magic in hopes that they will finally be able to resurrect Cimmeria. But after botching a blood sacrifice, the three witches are surprised to see that they have accidentally summoned Pavos, the fire prince. 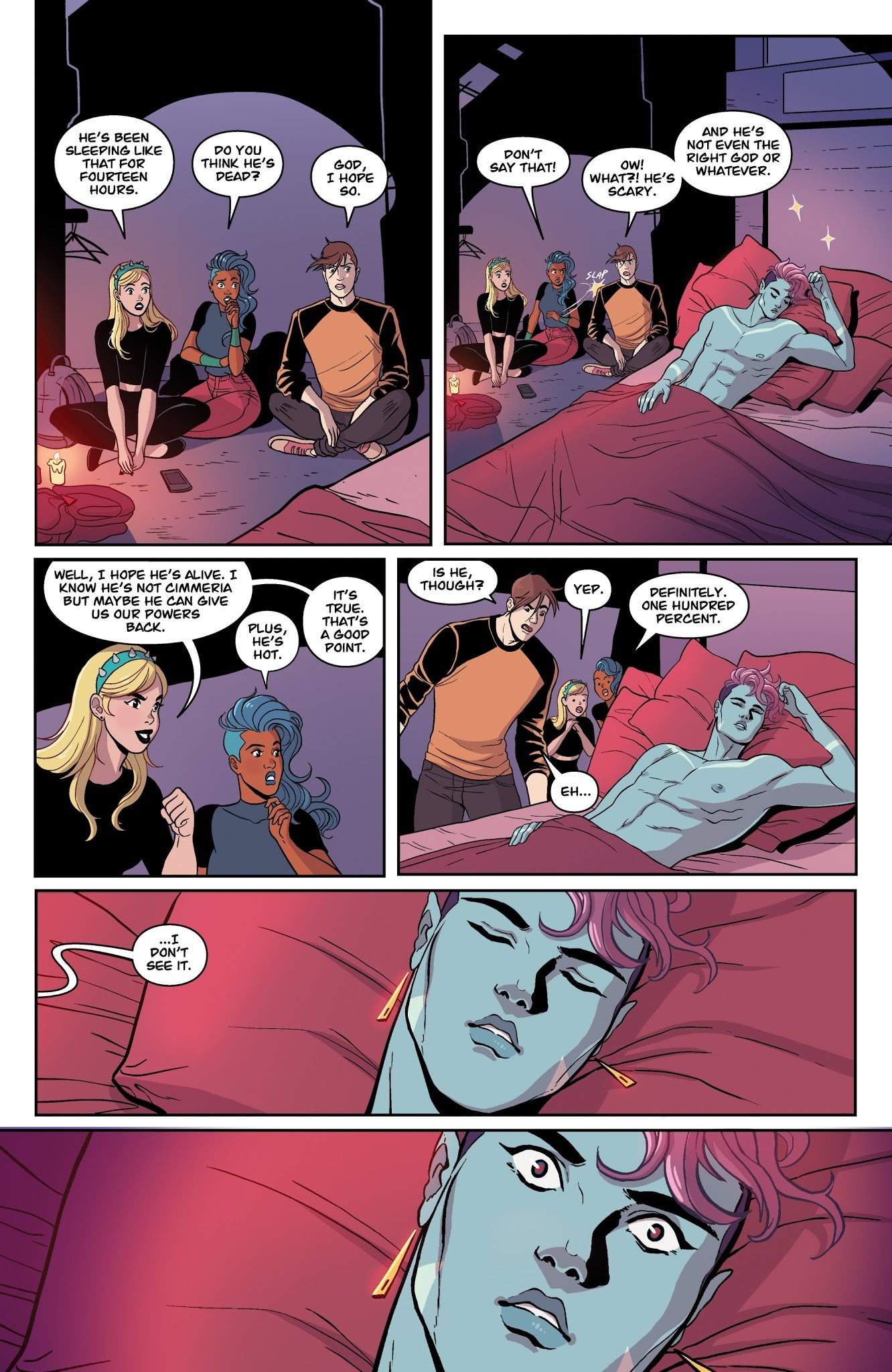 With all the flair and melodramatics befitting a cursed anime prince, Pavos explains that once upon a time, he danced for Cimmeria in her royal court and believed that the two of them were to be married. On the day of their wedding, however, Cimmeria revealed that she was simply playing a trick on Pavos and only wanted the opportunity to humiliate him on the altar. Rather than take his hand in marriage, Cimmeria locked him away in a tower for 500 years because that’s how evil demon goddess queens get their kicks.

Like any obsessive, magical suitor worth his salt, Pavos doesn’t exactly begrudge Cimmeria for putting him in the corner, but rather still feels as if there’s hope for their romance yet. When the coven of witches explains that they only summoned him because they need their magic back to do battle with the Zodiac Starforce — Cimmeria’s mortal enemies — Pavos is all too happy to lend them a hand.

Pavos reads a lot like every single delicate, fey man that the Sailor Scouts fought in their years of protecting the world from the Dark Kingdom in the original Sailor Moon manga. The ferocity of his evil is tempered by his gorgeousness and the way that he saunters from panel to panel only bothering to wear a pair of stolen jeans and a stylish crimson overcoat. People who see the fire prince either want to be with him or they want to be with him. Anyone who suggests otherwise is lying to themselves. 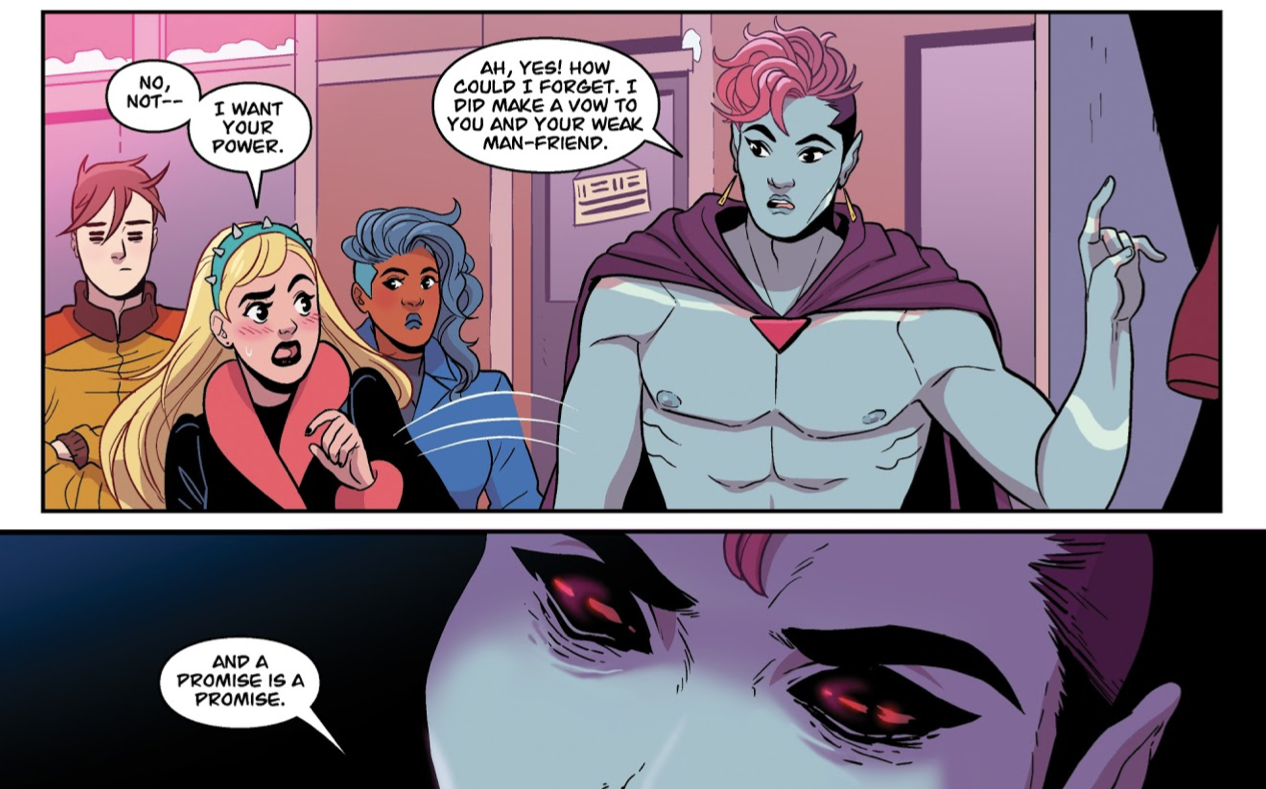 Zodiac Starforce has always been the sort of series that immediately clicked with fans who already loved the magical genre, but in building out its universe with Cries of the Fire Prince, the series is getting into a space that feels more accessible to everyone. The title of the new series was pretty much a guarantee that Pavos wasn’t going anywhere any time soon, but seeing the character show up and immediately get the story rolling makes me glad he’s sticking around to set this new arc of Zodiac Starforce on fire.