Breath Of The Wild’s Biggest Design Secret: Lots Of Triangles

japanthe legend of zelda breath of the wildtriangleszelda 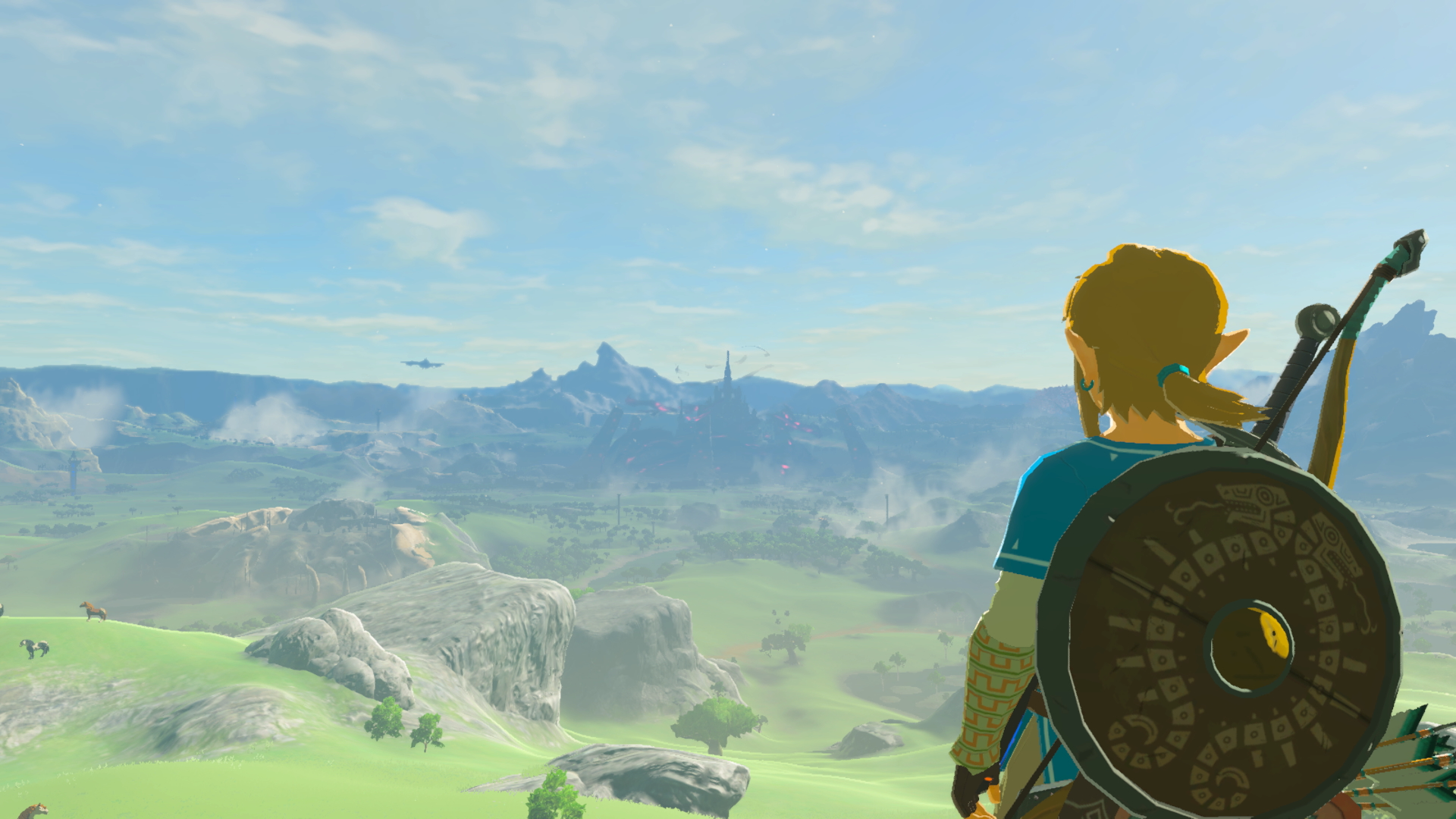 Running through the Hyrule of The Legend of Zelda: Breath of the Wild, you come across breathtaking sights one after the other: Massive fortresses, dizzyingly high towers, vast open plains. But according to the open-world game’s designers, the two most salient features of Hyrule were triangles and rectangles.

The annual Computer Entertainment Developers Conference is Japan’s version of the Game Developers Conference, an event where game devs gather to share techniques, advice, and camaraderie. While Nintendo has historically been opaque about its development processes, it’s been opening up in recent years.

While Japanese-language sources wrote about the content of these panels at the time, they have bubbled up in the English-speaking Twitterverse today thanks to Capcom production manager Matt Walker diving into the Japanese media and pulling out some of the most interesting bits about EPD’s first open-world game.

Appropriately, for a game world that revolves around a mystical three-sided whatsit called the Triforce, Hyrule is constructed out of a whole lot of triangles.

I don’t mean that in the way that most games that use polygonal graphics are made from millions of triangles, but triangular landmarks and obstacles: Steeply peaked mountains, conical hills, and everything in between.

First, they gave players a natural gameplay choice: Go up the hill, or around it? Second, they helped to naturally obscure the player’s view, gradually revealing objects behind them as the player moved around.

They have 3 different scales that they utilize this principle with as shown here – all to achieve different objectives. pic.twitter.com/FjmNvP0w8l

This all works at any possible scale, the developers pointed out — from the towering heights of Mount Lanayru serving as a constant wayfinder, to hills barely the height of Link himself that changed the texture and tempo of ground movement.

You can get an idea for just how widely this concept was applied in this image. pic.twitter.com/ecGGSBfnDn

Once you see it, you can’t unsee it. It’s triangles all the way down.

They also used rectangles as shown here. Instead of gradually revealing something, rects are good for completely hiding something from sight pic.twitter.com/oqSp5oMxwv

The other major design element was rectangles. These could be used to more fully obscure a player’s view.

They give an example of how the design was applied in action in these images. Note how the structure in the distance is slowly revealed. pic.twitter.com/hyOFHg7v76

The developers then used a more complex example, of a path leading to a tower that eventually reveals a large castle obscured by a rectangular rock formation, to show how using triangles and rectangles in combination can lead to a natural player pathway that gradually reveals more and more intriguing sights.

placing structures of varying visibility/importance in dffrnt places,leading players in different directions and allowing to get sidetracked pic.twitter.com/5HKLpUosOe

Much like the game in its current post-DLC form, the in-development version of Breath of the Wild tracked all the steps that early players took. From this, the developers found that players were sticking to certain areas of the map and never venturing into others.

From this, they carefully placed areas of interest around the map to lure players everywhere.

They managed all of their tasks by integrating their management tools with the game, so you wouldn't get people doing the same work twice. pic.twitter.com/ZZsMNSlSZh

From what was presumably a separate talk at CEDEC, we also learned how Nintendo handled bug fixing in this sprawling world. It implemented a system in which bugs could actually be marked with a physical sign that showed up in the game’s world.

Clicking on this would take the tester to the database entry for that bug, allowing them to see the details and exchange comments and ideas with other testers and programmers.