Last week’s “The Legend Returns” patch for Final Fantasy XIV gives players a taste of Final Fantasy Tactics and Final Fantasy XII in a special 24-person raid event called “The Royal City Of Rabanastre.” If you’re a fan of the Ivalice setting but not an MMO player, here’s what you’re missing.

In Final Fantasy XIV ‘s world of Hydaelyn, the land of Ivalice is a legend (hence “The Legend Returns” patch title). It’s a story passed down through the generations, involving the rise of a king and a mysterious figure, possibly another hero, helping him from the shadows. It’s the story of Final Fantasy Tactics. 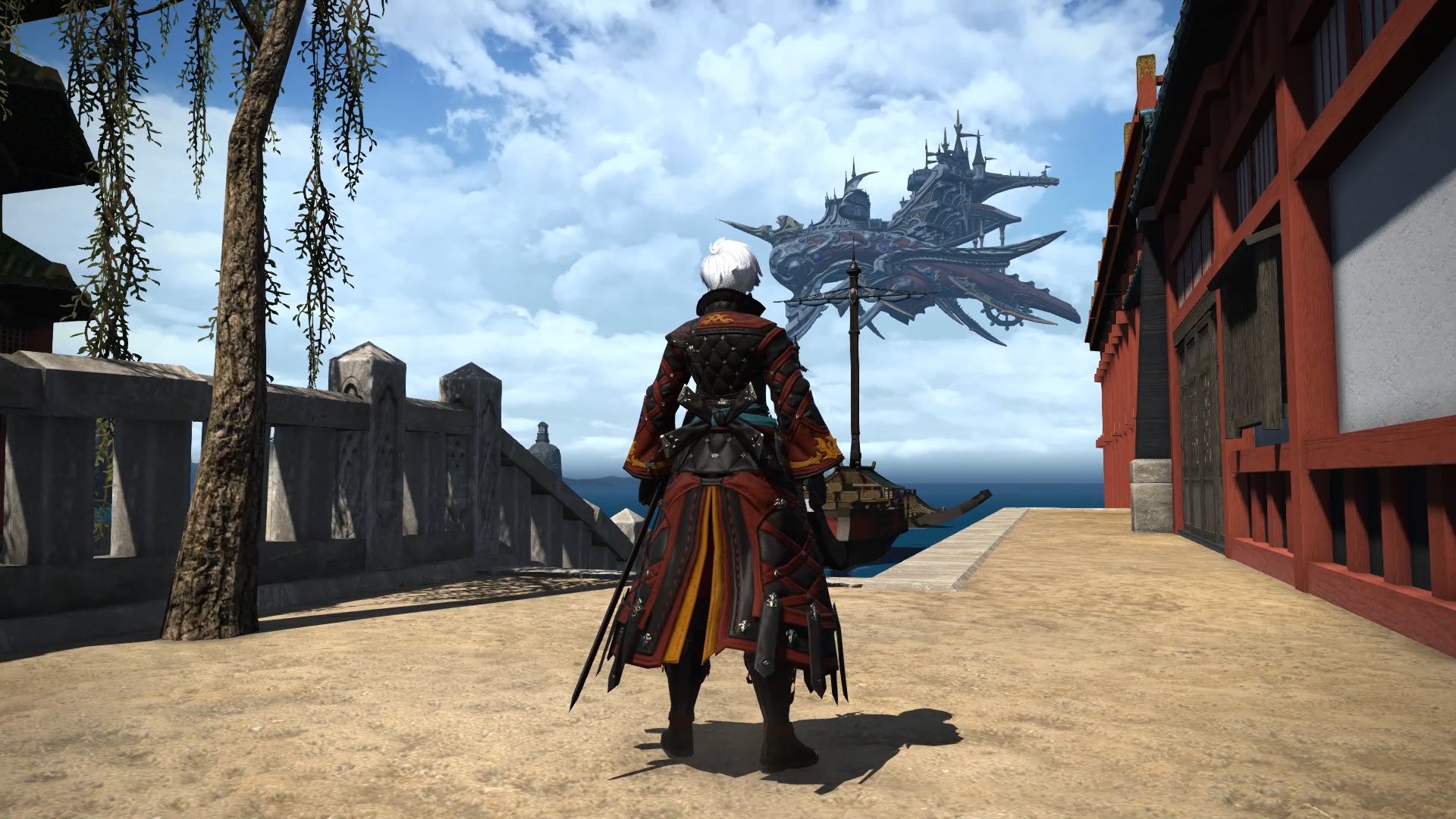 The Prima Vista is all sorts of pretty.

From the event’s official description:

Recently, residents of Kugane woke to find hovering above their city an airship unlike any ever seen. Yet while of Garlean design, the vessel distinctly lacked the bleak outfitting common in the Empire’s warmachina.

No, this was the Prima Vista, private stage for the Majestic Imperial Theatre Company─a troupe having won acclaim across Garlemald for their timeless work, The Zodiac Brave Story. Which begets the question…why are they here? The answer to that question and more lies in the selfsame legend of which they sing. The legend of Ivalice.

The Prima Vista is the name of the airship flown by the Tantalus Theatre Group in Final Fantasy IX, but there are no odd little tailed rogues running about. Instead, as players discover upon embarking on the quest leading up to the raid even, this airship serves as the home for a pair of siblings searching for their adventurous father, lost while exploring the dangerous city of Rabanastre for proof that Ivalice is more than just a story. 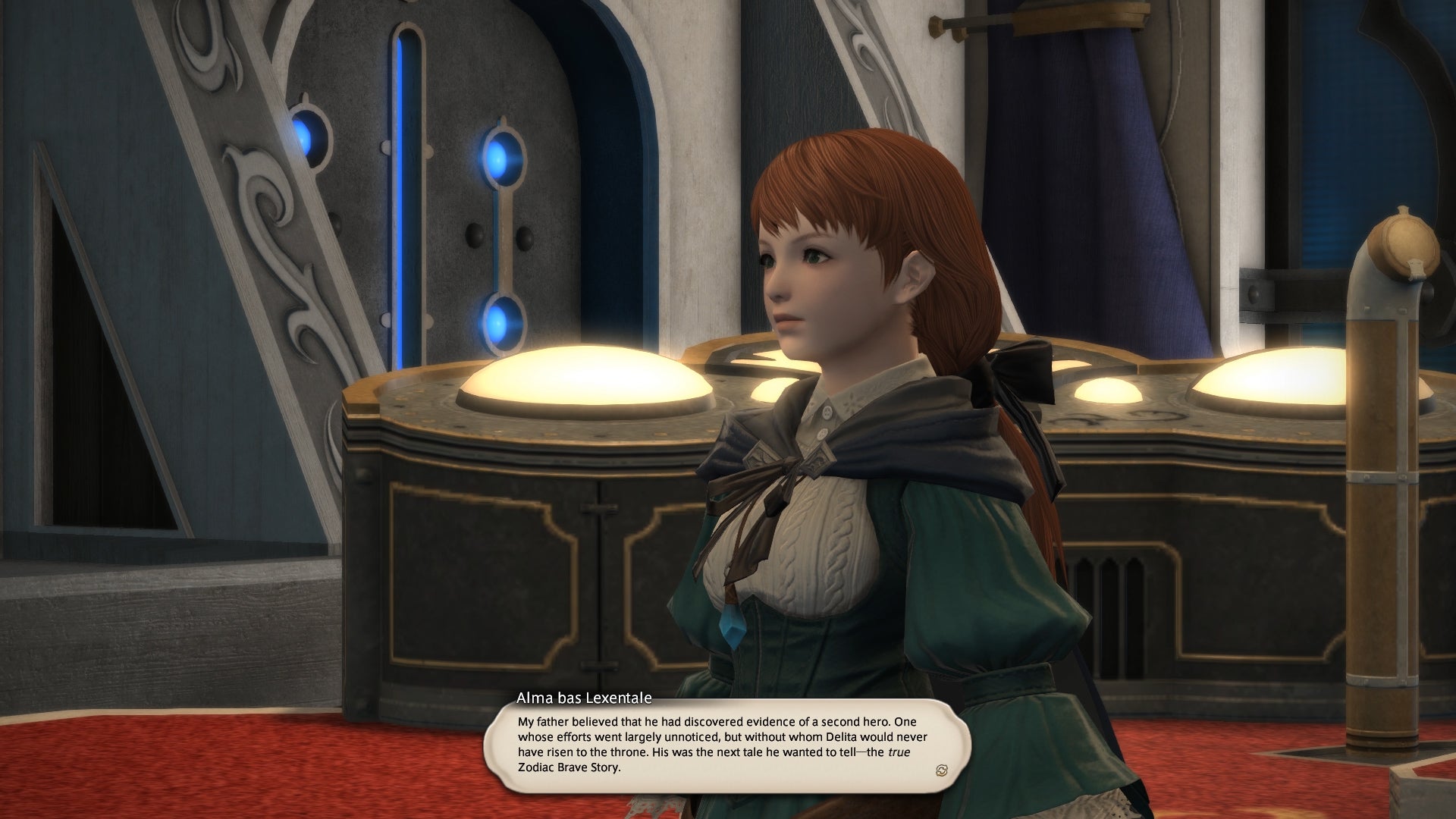 The player character is contacted first by Alma bas Lexentale, a character that looks suspiciously like Alma Beoulve, sister of the protagonist of Final Fantasy Tactics. What was his name again? 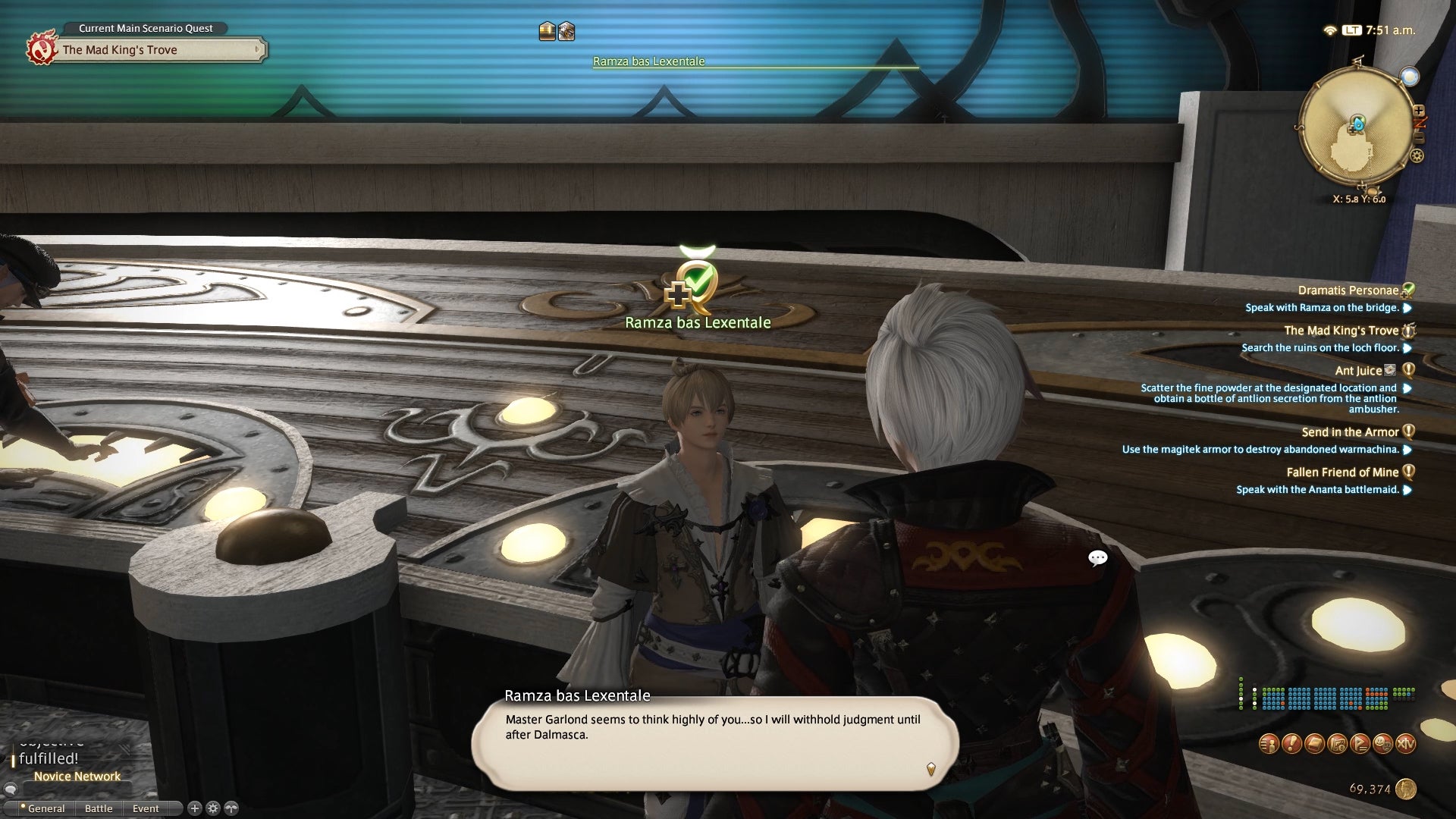 Ramza is also a bit of a dick.

Whoever this Ramza and Alma are, they need the Warrior of Light’s aid to rescue their father, lost and possibly under the influence of Ivalice’s signature evil crystal, Auracite.

While the main characters are from Final Fantasy Tactics, the setting for this first leg of the Ivalice saga is the capital of the Kingdom of Dalmasca from Final Fantasy XII. Rabanastre has seen better days, but it still looks pretty spectacular as the player and their compatriots approach from the sky.

And while the sinister figures who appear towards the end of the cutscene above aren’t fully revealed until after the raid proper, it’s pretty obvious they are Bangaa, the lizard-like race that first appeared in Final Fantasy XII.

Once the lengthy opening cutscenes are over, it’s time to raid Rabanastre. This 24-player raid is a series of four difficult boss battles with some interesting trash mobs to clean up along the way.

It all kicks off with a fight with Mateus the Corrupt, who some may remember as the ice-aligned Esper from Final Fantasy XII. 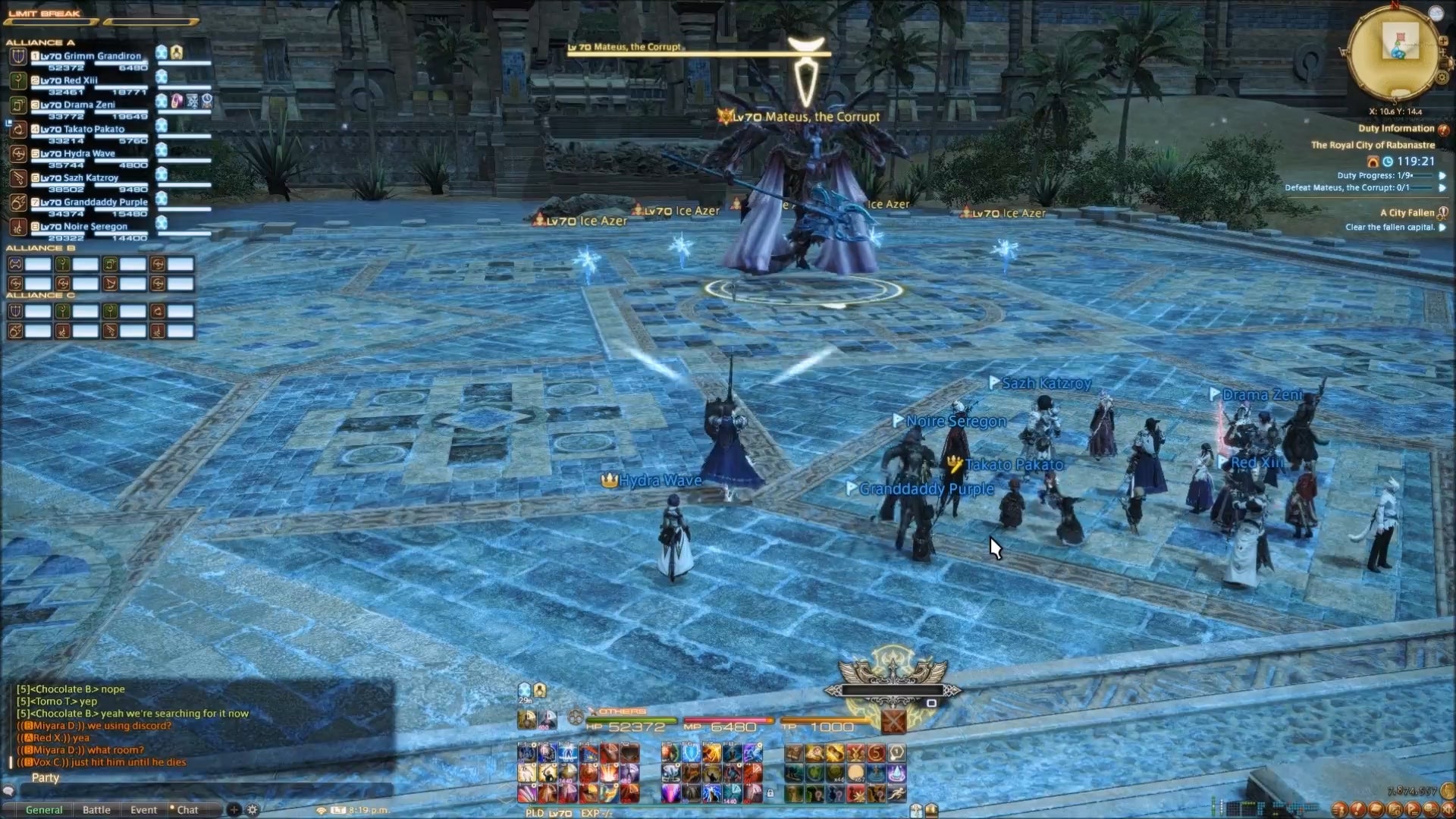 Next up is Hashmal, Bringer of Order. Another Final Fantasy XII Esper, Hashmal represents the element of earth. 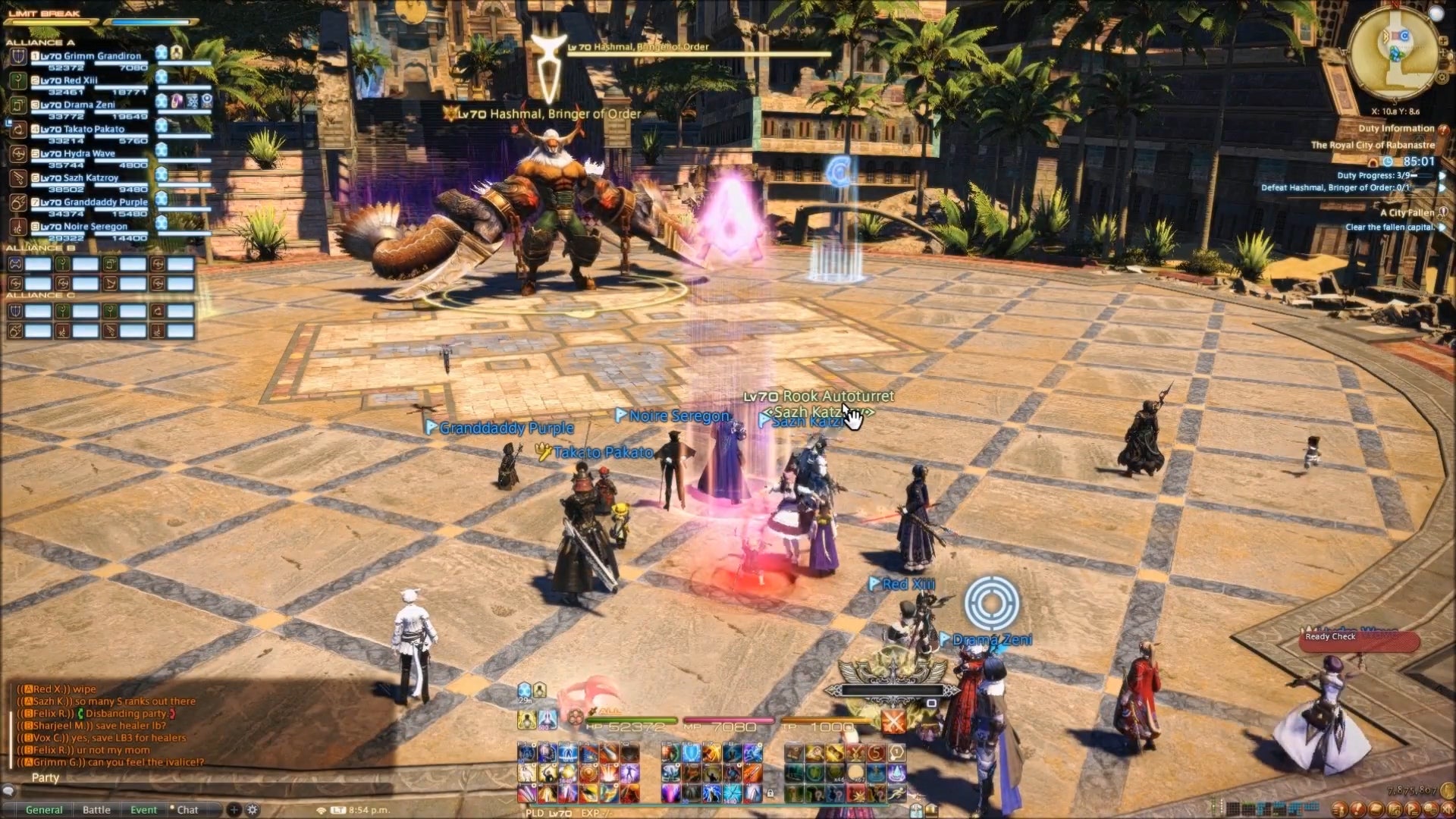 Bucking the Esper trend, the raid’s third boss is Rofocale, who’s a bit of an odd duck in the Ivalice setting. Also known as Rophochehe, this enemy references one of the Zodiac-based Lucavi demons that did not appear in Final Fantasy Tactics, though its name was listed in the background of the game’s save screen.

It’s a cool little callback to an unused idea. 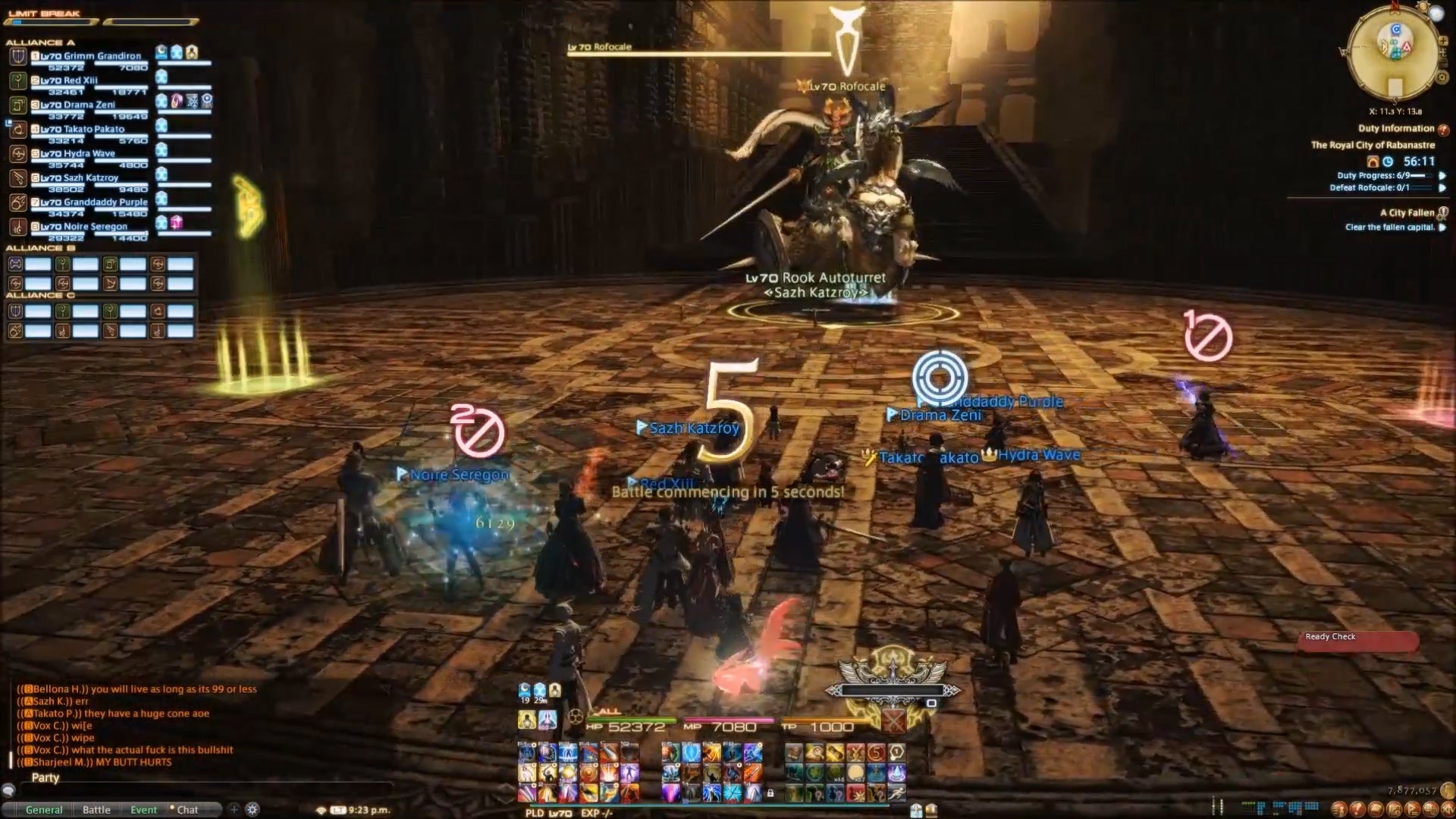 The fourth and final boss fight of The Royal City of Rabanastre is a real treat for Final Fantasy Tactics fans. Argath Thadalfus is one of the most unlikable characters in Final Fantasy, a whiny, entitled snob of a nobleman who looks upon those below his station with raw contempt. It’s really nice to get another chance to beat him down.

Check out the full battle below, courtesy of Hinkles on YouTube. Stay til the very end to hear a familiar victory theme.

Note that Argath is excited about fighting against “descendants of House Beoulve.” He’s not quite right.

The raid is over and Ramza and Alma’s father is recovered, but not before a familiar scaly face makes an appearance. Ruthless Bangaa bounty hunter and arch-enemy of Final Fantasy XII‘s Bathier, Ba’Gamnan and his brothers capture Jenomis before he can be rescued, offering to trade him for a piece of Auracite. 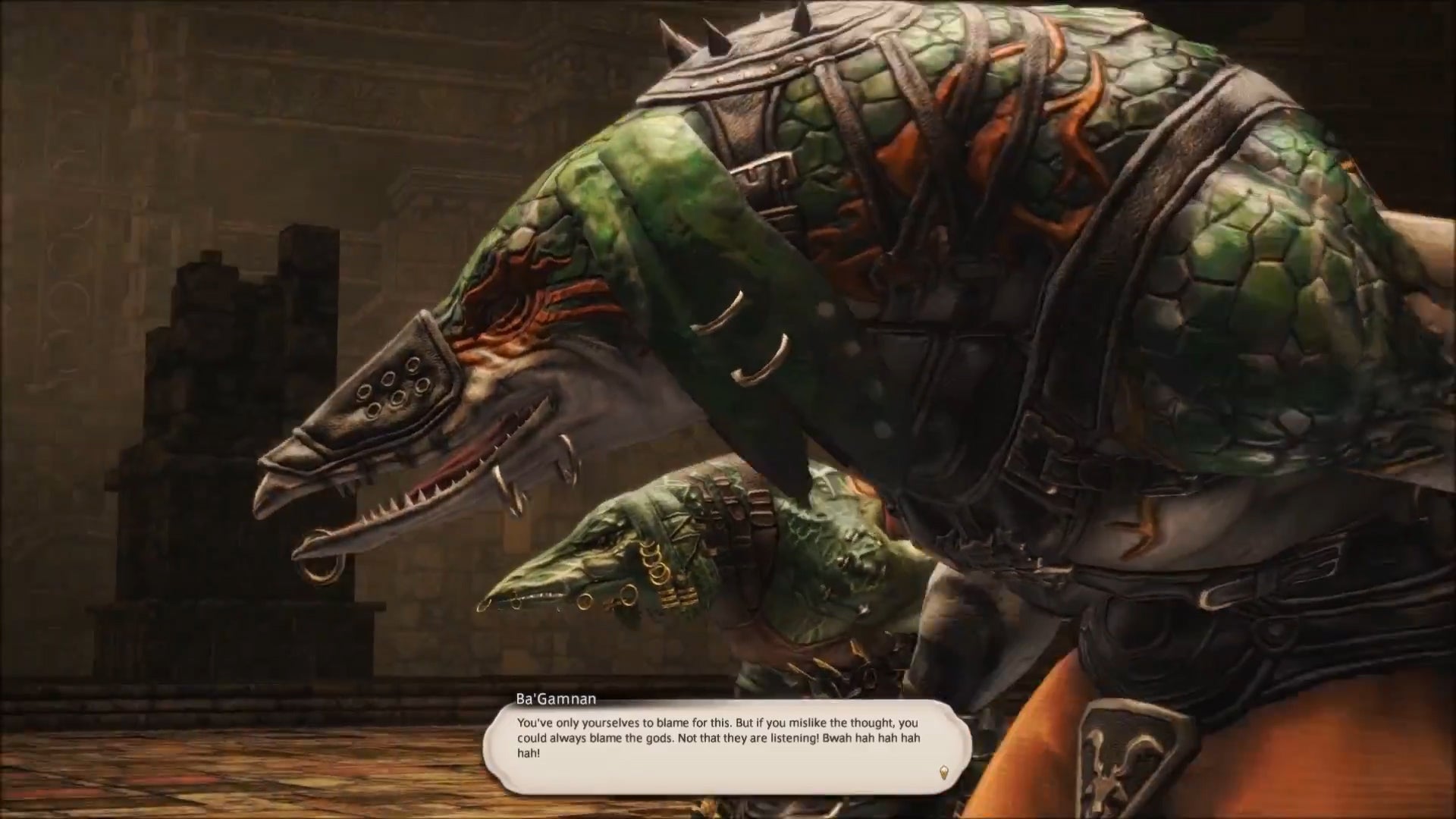 Basically “Blame yourself, or god.”

The trade is made and the Bangaa escape into the sky on an airship. The Warrior of Light and Ramza gather up Jenomis and return to the Prima Vista, where the ties to Final Fantasy Tactics are finally revealed.

Though evidence of Ramza and Alma Beoulve’s involvement in the story of Delita Hyral’s rise from peasant to king of Ivalice was stricken from the historical record, Jenomis found proof. In order to ensure he never lost sight of the truth, he named his children after the forgotten heroes. 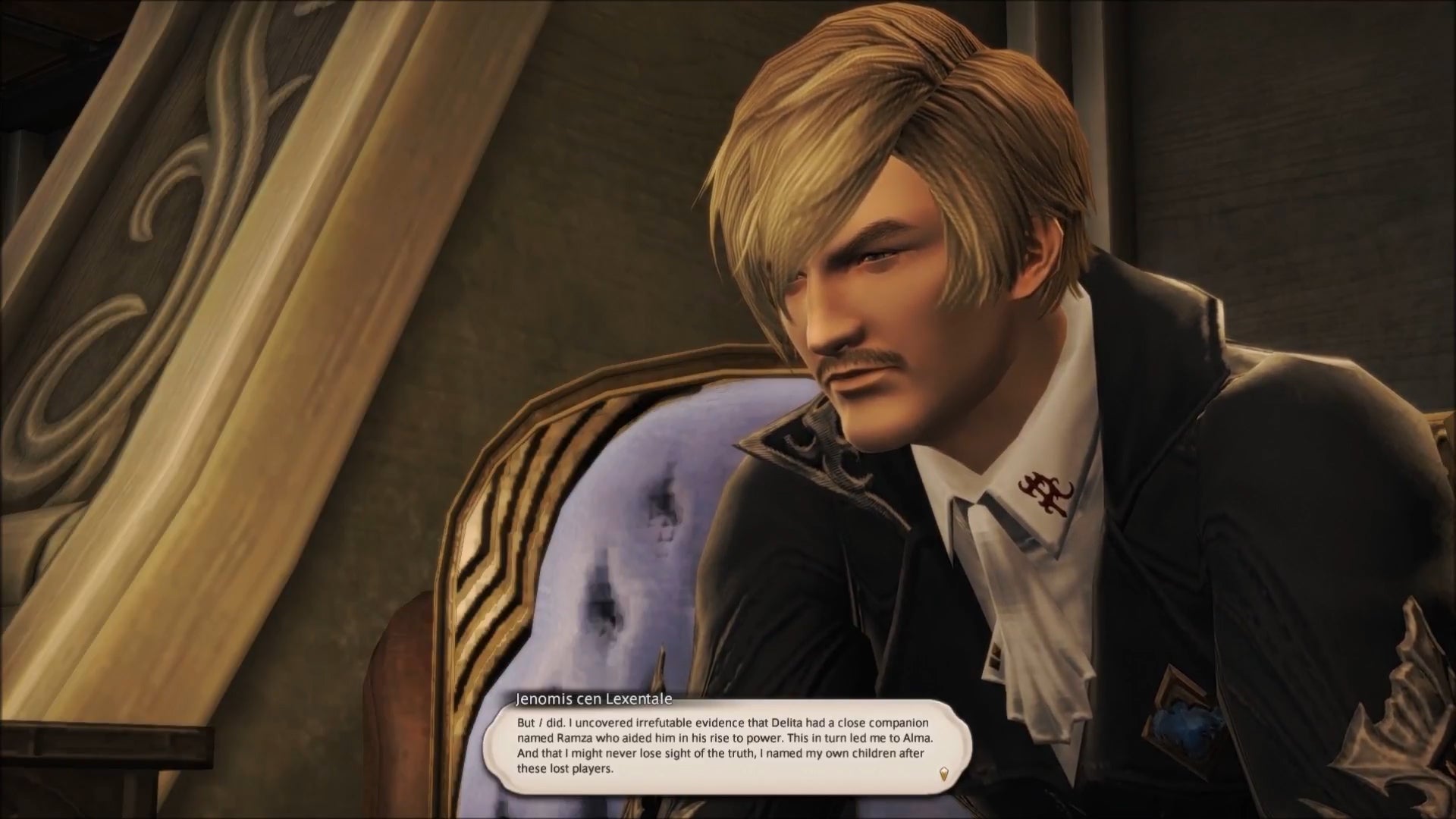 As for how Jenomis came across this informati0n, get ready for the kicker. The story of Final Fantasy Tactics is framed as the research of scholar Arazlam Durai.

He is the descendant of Orran Durai, who chronicled the true story of the War of the Lions in the “Durai Papers.” but was branded a heretic and burned at the stake before they could be published. Well, guess what? 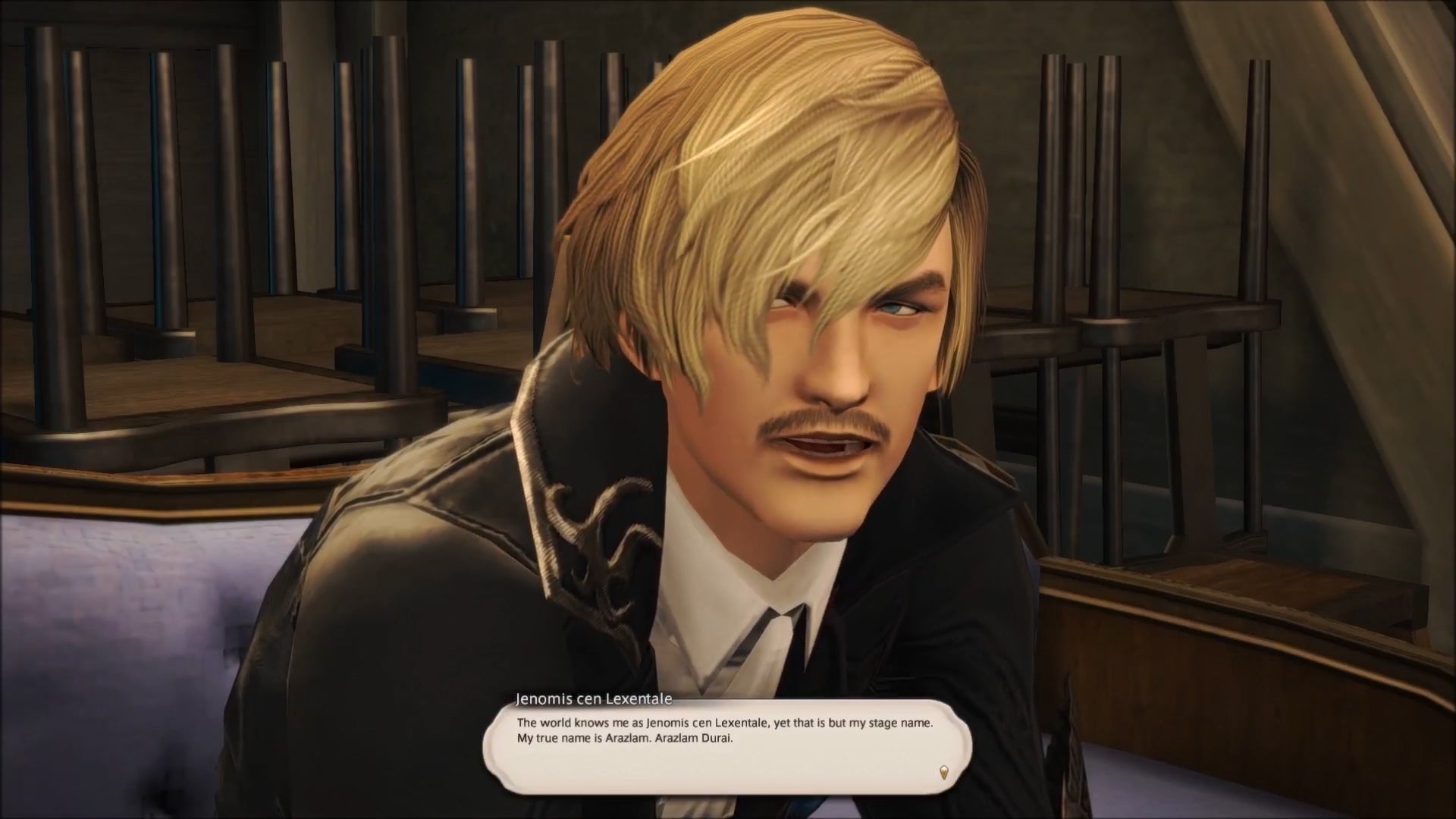 Ramza and Alma’s father is Arazlam Durai, author of the “Zodiac Brave Story”.

As the adventure ends, Ramza and his father vow to continue their quest to bring the true story of Ivalice to the people of Final Fantasy XIV‘s Hydaelyn.

But Is It Canon?

Not really, no. Final Fantasy XIV loves to take concepts, characters and places from other Final Fantasy titles and present them in the context of its massively multiplayer setting.

It’s the legends of Ivalice as projected into FFXIV, and nothing more.