Life Is Strange: Before The Storm Ep. Two Captures The Recklessness Of Teenage Crushes

In the second episode of Life is Strange: Before the Storm, teenage protagonist Chloe Price can no longer act as if nobody gets her. Someone does, and she’s into you. Episode two’s biggest strength is capturing the electricity of a new crush. Together, Chloe and Rachel Amber create a force of nature, not unlike the flames burning up Arcadia Bay. You don’t just crush on somebody, after all. They crush you, too.

Episode two starts dealing with the consequences of choices players made during episode one. Principal Wells calls Chloe and Rachel Amber into his office to explain why they cut class together.

The player is lucky to make sense of any of the allegations: Chloe and Rachel can’t stop stealing glances at one another. It’s like you have a mischievous little secret with one another that nobody else can see.

Chloe gets suspended, which is no surprise given the events of the first Life is Strange game. Rachel Amber is also in danger of getting into trouble, but the game uses its signature “Back Talk” feature to let you dig her out of this hole with timed arguments and insults.

It’s not clear if you can successfully save Rachel from Wells’ wrath using these dialogue choices, but regardless, the stakes feel tangible.

Throughout this episode, Before The Storm does a great job of making Back Talk feel crucial to the scenes at hand. You aren’t just a teenager lashing out at everyone because you’re a little piece of shit.

Lots of people would act this way, if they were in Chloe’s specific situation.

Most of episode two’s intrigue lies in Back Talk, or the general dialogue choices. There are puzzles, technically speaking, but they’re extremely simple. Instead, Before The Storm continually tests the boundaries of your relationship with Rachel Amber.

The answer, for me at least, was always yes. I still remember some of the dumb-arse decisions I made as a teen in the name of a new love.

Before the Storm captures the excitement and horror of making a decision you know will bite you in the arse later. 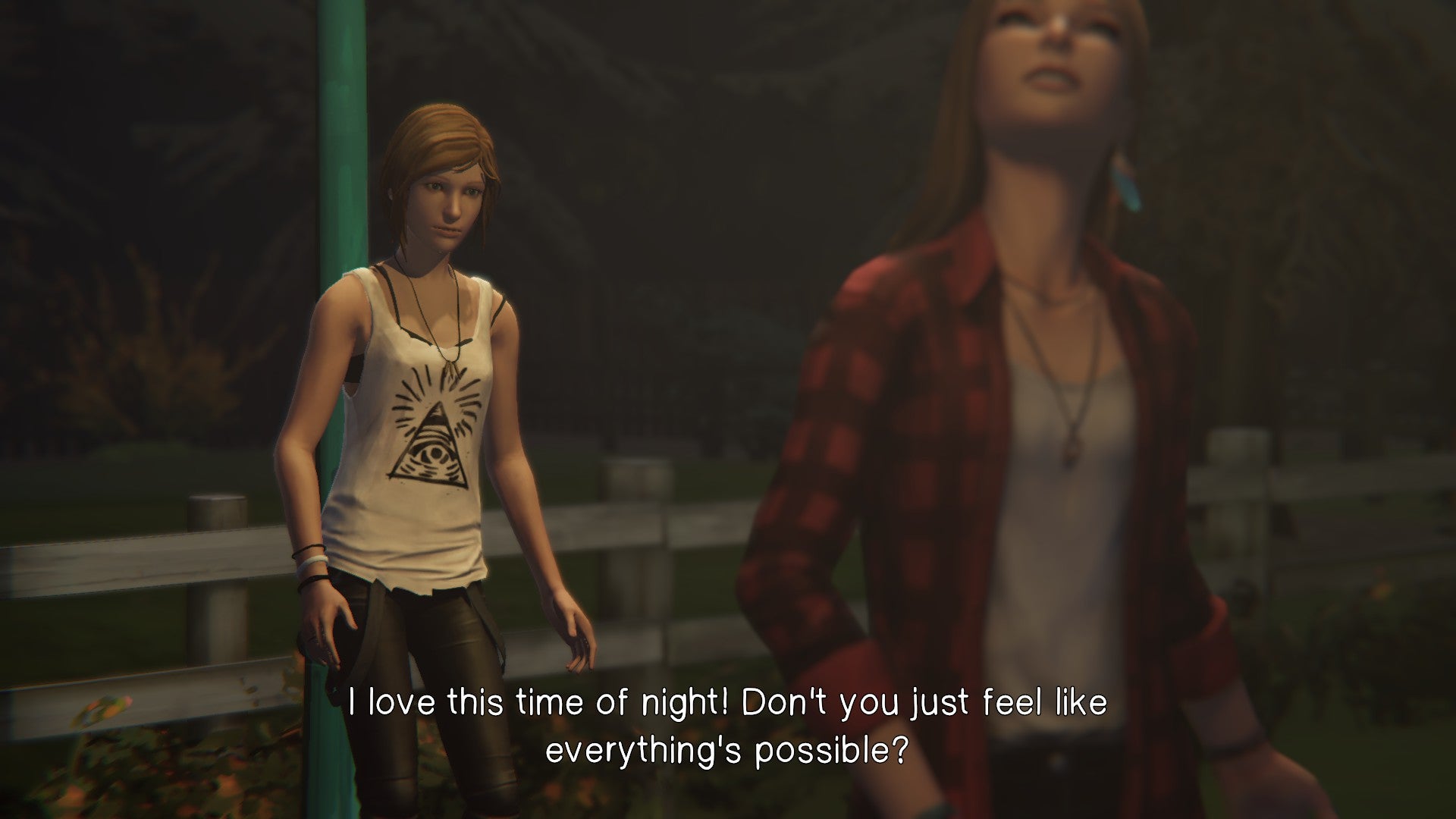 While I can’t shake the feeling that Rachel Amber is your manic pixie dream girl, her gravitational pull is hard to deny. To developer Deck Nine’s credit, I had to pause the game multiple times in sheer fluster over some of the conversations.

At one point, Chloe gets pulled into a play where she ends up sharing a stage with Rachel Amber. Clumsily, Chloe recites her lines in front of an audience. Your exchange is a standard Shakespeare play, but everything you say to one another has a double meaning. The audience has no idea, but that’s exactly what makes this scene so damn good.

While dialogue with other teenagers hits the mark, this time around, Life is Strange has some surprisingly stilted writing for many of the adults in Chloe’s life.

So far, there’s still no supernatural force at hand, like there was in the first Life is Strange game. Before the Storm trades the supernatural for a more intangible kind of magic, one that many of us already know and feel.

Crushes, after all, are about believing the best possible version, the fantasy version, of another person or situation. Flaws, sacrifices, and disappointment have not yet entered the picture, though I have a feeling they will come crashing down during episode three.

For now, the fire will continue to spread across Arcadia, leaving nothing in its wake.