assassins creed originsfeatureubisoftwatch dogs
To sign up for our daily newsletter covering the latest news, features and reviews, head HERE. For a running feed of all our stories, follow us on Twitter HERE. Or you can bookmark the Kotaku Australia homepage to visit whenever you need a news fix.

There’ve been hints in the past that Assassin’s Creed and Watch Dogs exist in the same fictional world. A fun new easter egg in the new Assassin’s Creed Origins sure offers more support for that theory.

What follows is a spoiler for Assassin’s Creed Origins, of course. So don’t scroll down past this picture of Bayek standing in front of the Sphinx… 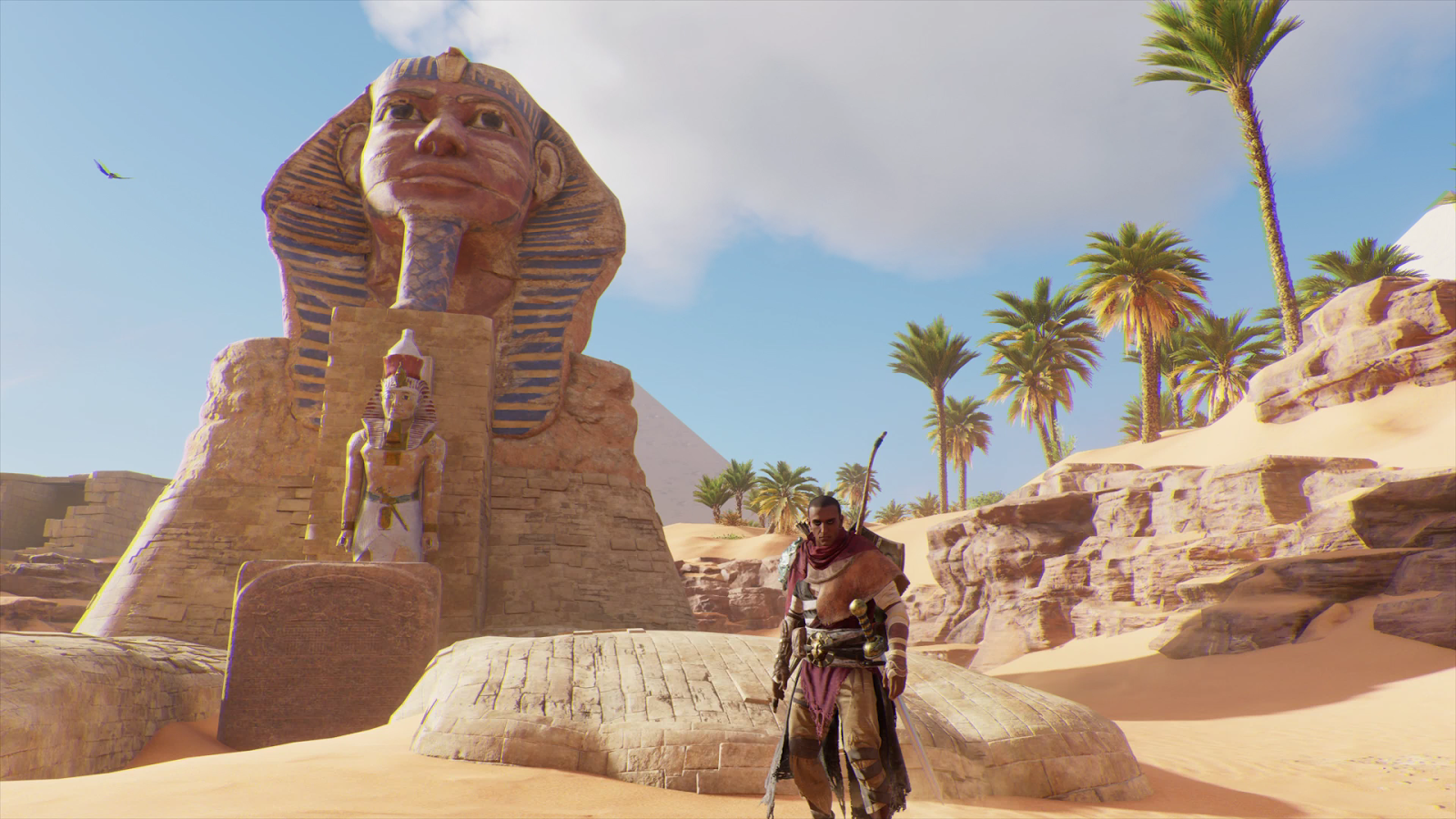 Like previous Assassin’s Creed games, Origins includes modern day segments. The first time you leap forward to the modern day, you are introduced to Layla Hassan, who has been experiencing the main part of the game via the Animus, the fictional DNA-based VR device that lets people explore and experience lives lived long ago.

Hassan was trained as an employee of Abstergo, the Templar-backed evil organisation that looms large in Assassin’s Creed‘s modern day storylines.

She has a laptop, and on that laptop are emails, photos, chatlogs and a cache of documents related to people in the series’ modern day plot who appear to have died.

One of those dead people is Olivier Garneau, the chief creative officer of Abstergo Entertainment, which was basically Abstergo’s video game division.

The modern day portion of Assassin’s Creed IV was set in the offices of Abstergo Entertainment, and it was in that game that we learned that Garneau sometimes took trips to Chicago.

We also learned that Blume, the security company that serves as the Evil Corporation in the Chicago-set first Watch Dogs game is part of the AC universe.

So, Garneau made trips to Chicago, and Assassin’s Creed Origins‘ laptop files indicate that Chicago is where Garneau died. In fact, they appear to have surveillance footage of him being killed. 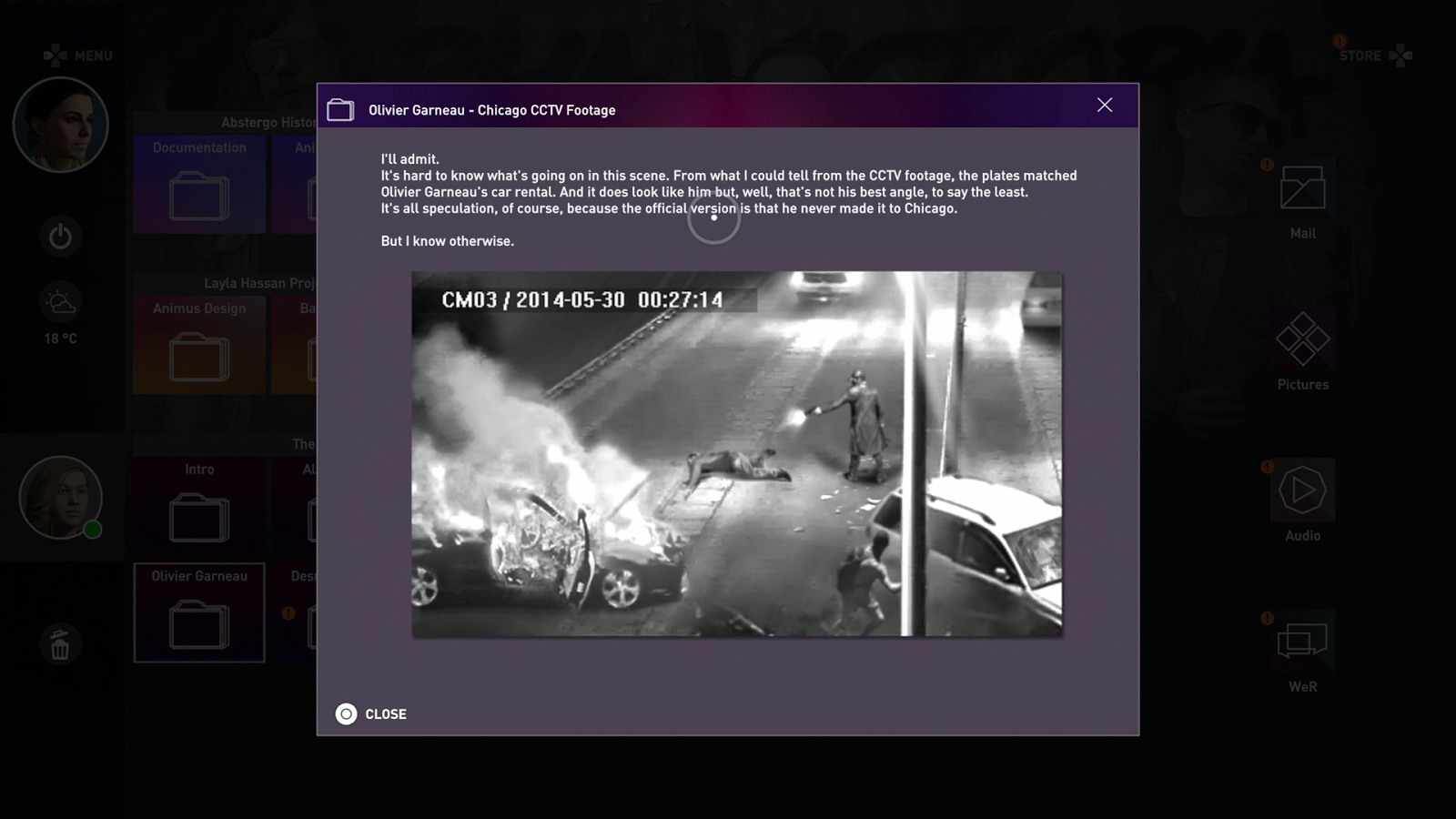 Wait, that guy in the trenchcoat and the iconic hat looks familiar! Yep, that’s Aiden Pearce, gruff hacker-killer-protagonist from the first Watch Dogs.

But… didn’t the first Watch Dogs also feature Assassin’s Creed Revelations as a video game and make a joke about it?

And didn’t we break into Ubisoft San Francisco’s offices in Watch Dogs 2 in order to steal footage from an actual Ubisoft game? Best not to think about this too hard.