On October 21, Arby’s brings deer meat to the American masses, selling a limited number of venison sandwiches at its more than 3300 US locations. Not trusting our ability to wake up before noon on a Saturday, Snacktaku hit up Arby’s headquarters in Atlanta, Georgia for an early taste test.

Arby’s first introduced the venison sandwich during a special event last October. Sold at only 17 restaurants across six US states, the unique fast food item sold out in a flash. The restaurant has spent the better part of the past year working out the logistics of bringing enough deer meet from its New Zealand-based supplier to share with the whole class. They have manged to wrangle together enough that each of its US locations will have around 100 sandwiches available when they open for lunch on Saturday morning. Odds are they will all be sold out by the end of the day, if not sooner.

We certainly didn’t like the odds, hence the visit to Arby’s HQ. Upon arrival we were escorted to the social media room on the 12th floor of the building. Here Twitter and Google trends flash on large wall-mounted monitors and papercraft creations from the company’s highly successful social media campaign are on display. 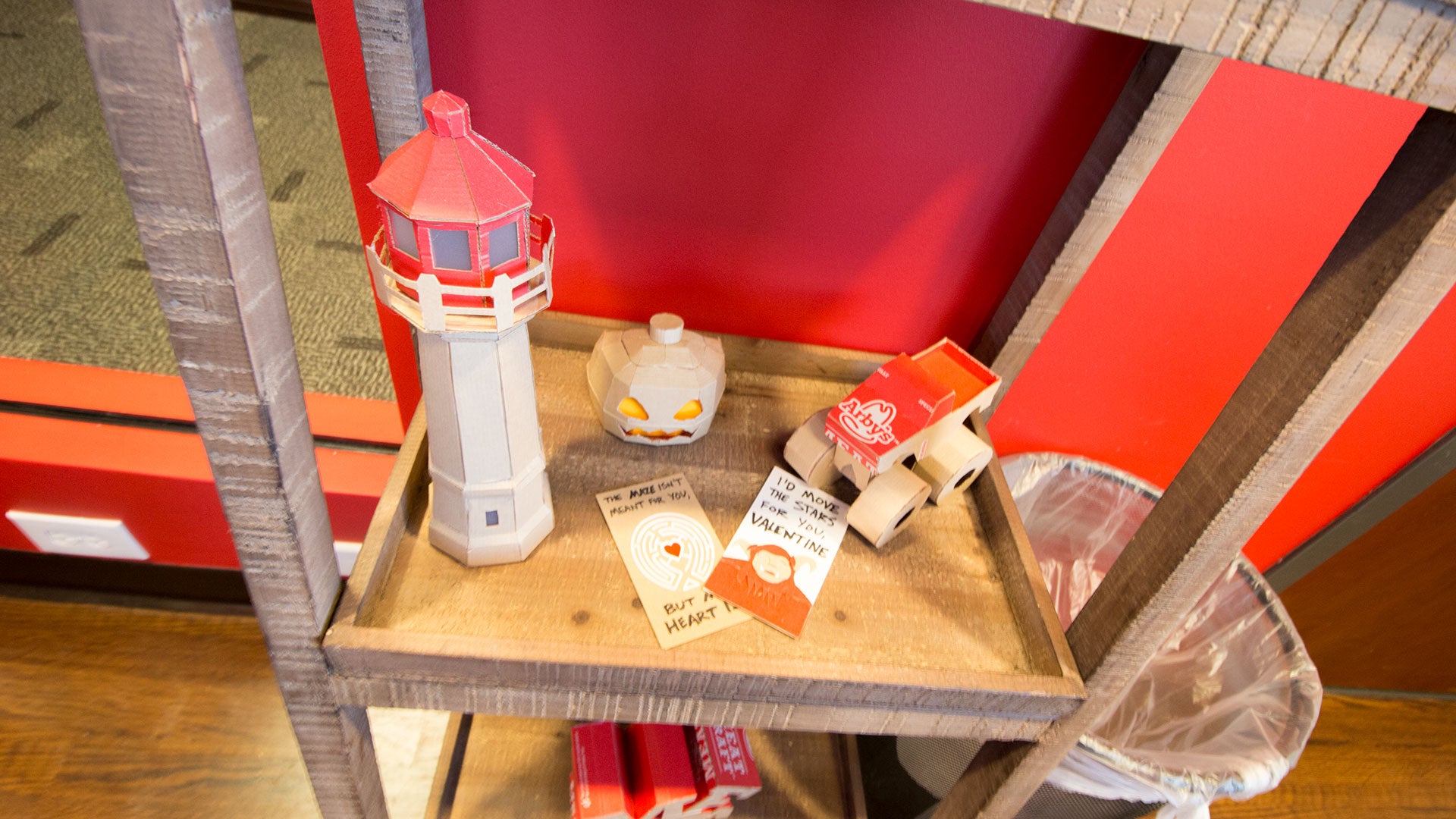 In the center of the room sits a modest conference table, which is where the Arby’s bags containing freshly-made venison sandwiches were placed. No fancy silver platters with ornate domed lids, no cartoon chef wheeling in a cart. Just the same sack they hand you when you go through the drive-thru. 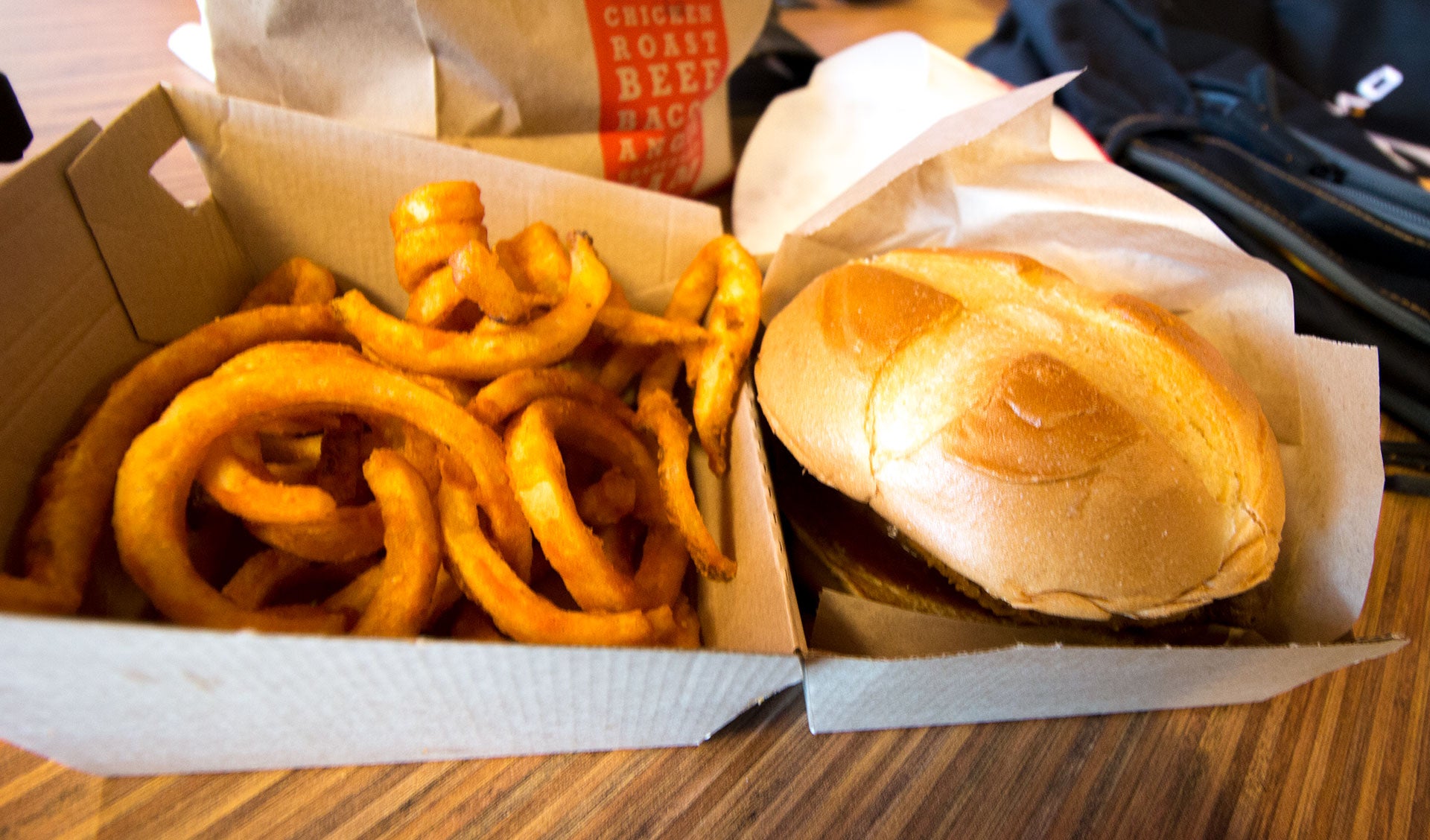 The venison sandwich isn’t much to look at. Just a slab of deer meat, a steak cut from the flank of a free-range red deer, marinated in salt, pepper and garlic and cooked for three hours. It’s topped with a cabernet steak sauce infused with juniper berries, dressed with crispy friend onions and slid between two halves of a star-topped bun. 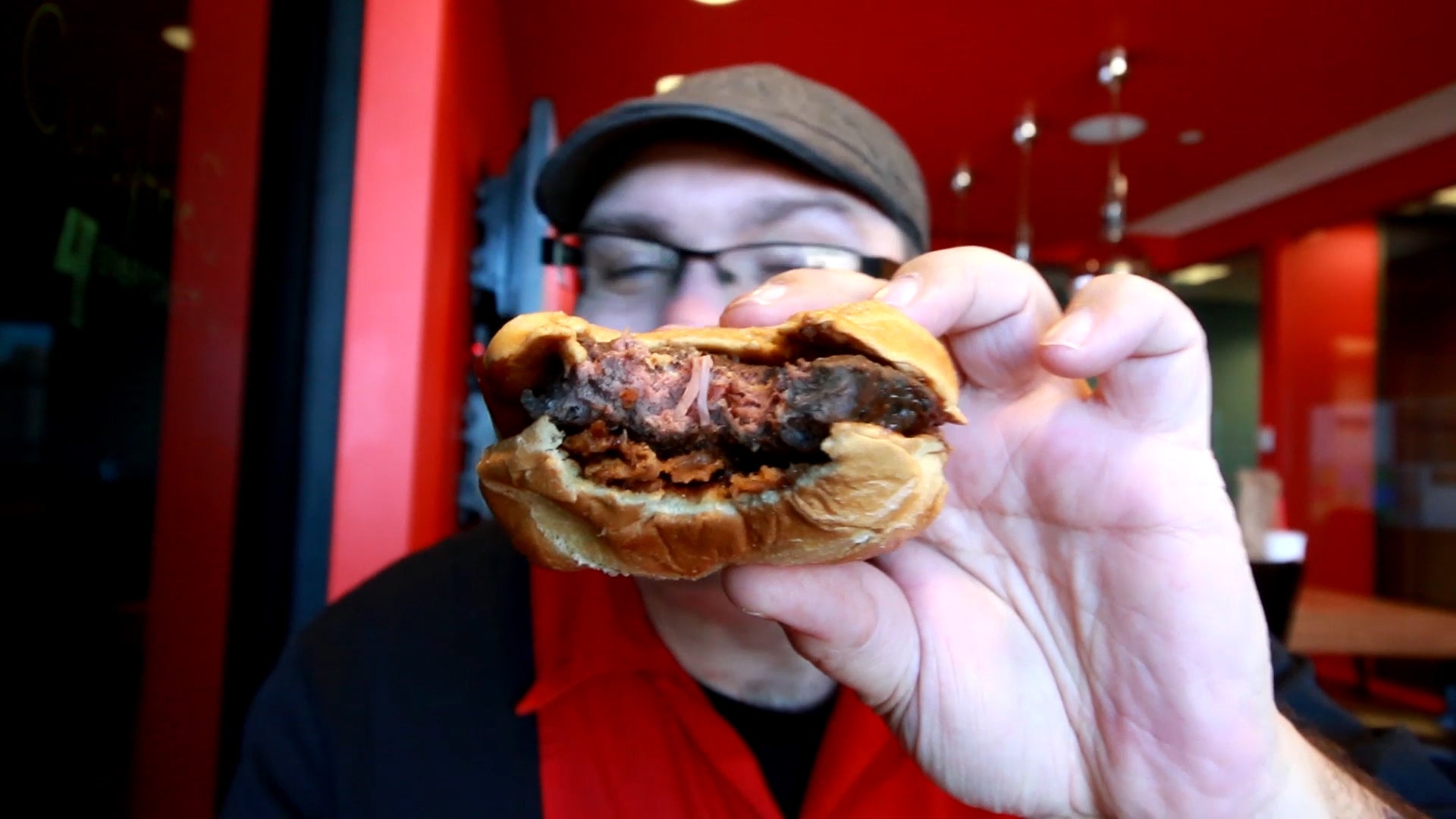 It’s a simple recipe that really lets the deer steak shine. It’s thick, well-seasoned, and cooked to pink-centred perfection. There’s no fat, which is good because deer fat does not taste good. If you’ve never eaten deer meat, it’s similar to beef, though the taste can vary based on the animal’s diet. It has a finer texture, it’s leaner, and it can carry a slightly gamey taste, all of which is true of Arby’s version.

One note: The thick piece of meat in my sandwich was quite dry. There was a whole lot of chewing. We don’t know if it’s the way it was cooked or a consequence of being shipped to the US from New Zealand, but it was certainly less moist than we expected.

If you want to try it for yourself, we suggest getting to an Arby’s location in the US early on October 21. They have limited quantities available at $US7 ($9) a pop, and once they’re gone, they’re gone.

And should you ever have the opportunity to visit Arby’s headquarters in Atlanta, maybe don’t wear a red and black shirt like an arsehole.