Battle Chef Brigade asks: What if you had to kill a Hydra before competing in Iron Chef? It’s a winning premise, and one that scaffolds the many-headed cooking game’s endless charms.

Out today on PC and Switch, Battle Chef Brigade is one-part puzzler, one-part platformer and one-part role-playing game. Its eat-what-you-kill world revolves around Mina Han, the youngest daughter of a family that runs a Chinese restaurant out in the sticks. Desperate to see the world beyond and showcase her cooking mastery, Mina runs away to compete at the Battle Chef Brigade. There, in the big city, she works as a hunter, a chef and a researcher to support herself while she vies to become a Brigadier. 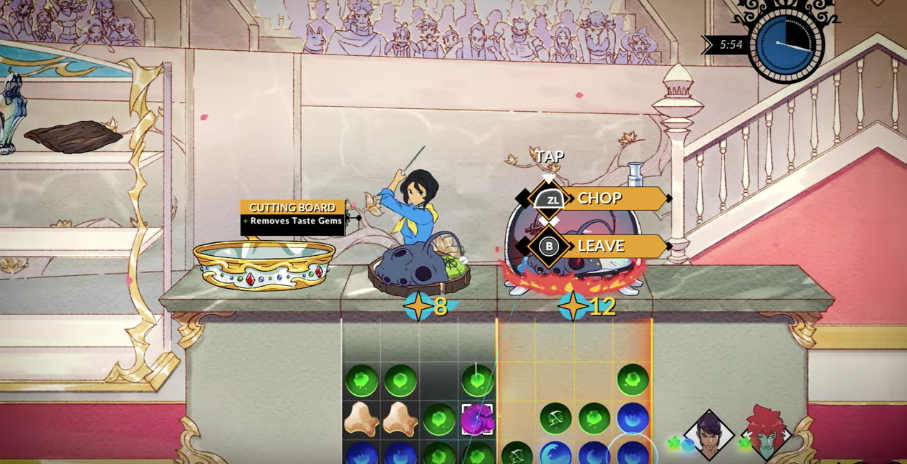 In a typical day, Mina rolls out of bed late, picks up some cash at each of her jobs, and then challenges a fellow competitor to a cook-off. The cook-off is separated into two parts: Killing the animals and cooking them. Mina’s daggers, wind magic and high-powered punches level beasts as large as dragons and as small as rats with the ferocity of a Street Fighter button-masher. She can also knock vegetables off trees and bushes. After collecting ingredients, Mina will rush back to the kitchen where, between three choice cooking appliances, she prepares ridiculous meals by matching flavours and levelling them up into higher-point dishes: Cheepchi egg tiramisu with a side of Scowl feet and wind fruit melange or Squickle stomach and guts dipping sauce served with scowl feet and Armarock liver. Judges’ tastes dictate what contenders should cook and, after each dish, the critics give candid reviews.

Cooking works as a match-three puzzle where ingredients have flavour profiles. Baurun ribs might have three “fire” flavours while a Squickle stomach might have both earth and water. To cook, Mina stirs the ingredients together by matching them up. Different appliances help Mina vary on that theme. Cleverly, a “red” sauce will change any ingredients’ flavour profile to “Fire”. An “Earthen” pan lets Mina match two earths instead of three. 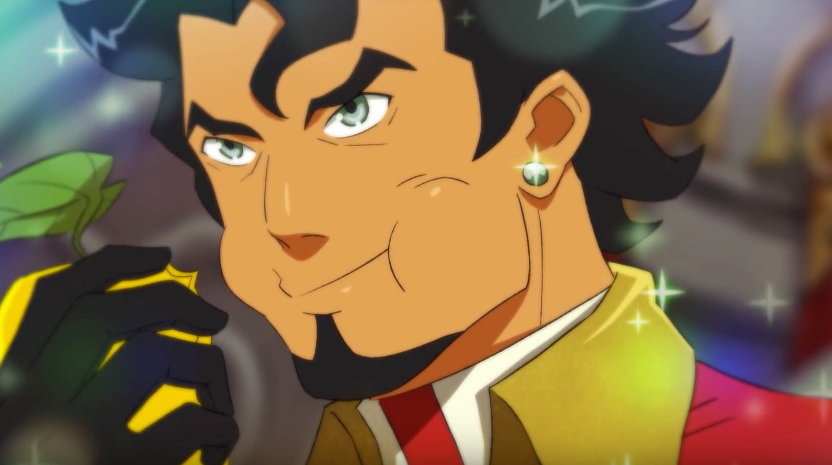 “Eat what you kill – unless it’s an ooze”

On some level, constructing and solving puzzles does evoke the technical parts of cooking, and especially cooking under a tight time limit. At points, Battle Chef Brigade felt like it could have been stripped down into a mediocre mobile game. But then I looked outside the small interface where I was matching flavours and at the colourful, intriguing world where it all took place and thought, This is a game with variety. At other points, Battle Chef Brigade‘s plot introduced challenging new factors into its gameplay. Once a rot overtakes the realm’s food supply, poison glands are introduced into the puzzles; and when they burst, the flavours around them begin to deteriorate. I wasn’t sure exactly how a the rot worked for a while, but in my capacity as a researcher, I had to learn the poison’s characteristics by cooking around them. That was tricky and satisfying.

Battle Chef Brigade‘s hand-drawn art style and whimsical fantasy overlay brighten up the gameplay. The game has character. I loved the made-up ooze animals. I loved the falling cherry blossoms on the hunting maps. I loved every single character I encountered, including the emotionally astute orcs and sympathetic necromancers. Their designs were seriously impressive and endearingly unique.

Great writing, admirably distinct between characters, livened up each day’s routine tasks. The brigade’s host is a gallant and dashing gentleman with a booming voice and a propensity for moralising. Every moment he was speaking felt ceremonial. The sultry (and perennially hungover) orc huntress Thorn, voiced by a famous actress, abuses and ignores Mina for days on end. Characters’ consistently enjoyable dialogue and remarkable voice-acting worked to make the game’s lengthy expositions feel less lengthy – for the most part. 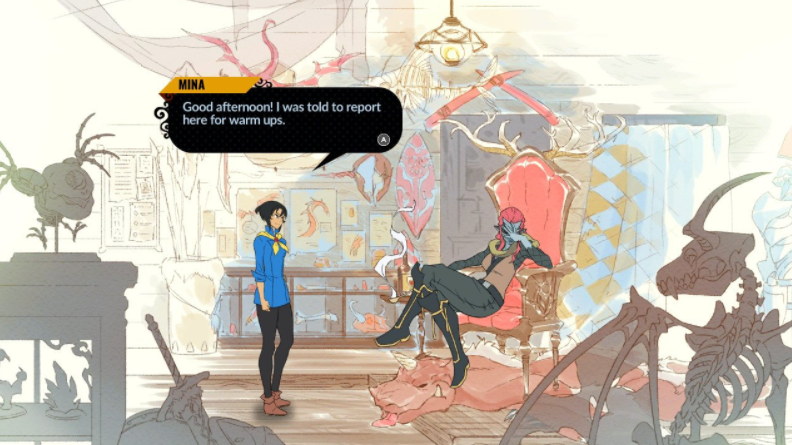 Toward the end of Battle Chef Brigade, the plot unravels a little. Three-quarters of the way in, the orc Thrash becomes playable. His combat toolkit and motives are jarringly different from Mina’s (though fun), yet I had whiplash when I was forced to switch off Thrash after only a brief period. Battle Chef Brigade‘s conclusion, sadly, is not on par with the rest of the game’s well-wrought plot. Introducing a lot of enemies toward the end of a 20-hour game isn’t a great way to keep the player invested in do-gooding. Smoothing all this over is Battle Chef Brigade‘s silly tone. Hell, every disagreement is settled by slashing some oozes and frying up a casserole.

Battle Chef Brigade delivered exactly what I wanted out of it: An engaging, but light game between visual novel segments with eccentric fantasy chefs. It’s a delightful way to while away train rides when, at home, mountains of heavy-lift AAA games are piling up.