I know the narrative this game will forever be bound to. I know its problems, and I know the limitations of a Battlefield singleplayer campaign, whether it has lightsabers in it or not. And for the next few minutes, I don’t want to talk about any of those things.

I have zero interest in playing Battlefront II’s multiplayer component, because I like to drive tanks in Battlefield, and the Star Wars games don’t really have an equivalent. So all the furore over loot boxes and progression hasn’t really phased me.

The one thing I wanted from the second Battlefront game was the same thing Finn/John Boyega wanted: a singleplayer campaign.

Well we got one, and I finished playing it over the weekend, and I loved almost every minute of it.

Like I said, I knew there’d be limitations going into it. Battlefield’s campaigns are there to introduce you to maps, weapons and gameplay mechanics, not 20 hours of hand-crafted level design, so I knew I wasn’t going to be getting the same kind of finely-crafted singleplayer focus that you’d find in Wolfenstein (or even the Call of Duty games).

So when Battlefront II’s campaign whisks you across the galaxy and randomly drops you into the shoes of everyone from Princess Leia to Lando Calrissian, and makes you fight your way across huge maps that were clearly designed for teams to battle over instead of one person to fight their way through, it wasn’t a surprise.

What was a surprise was how much fun I had. 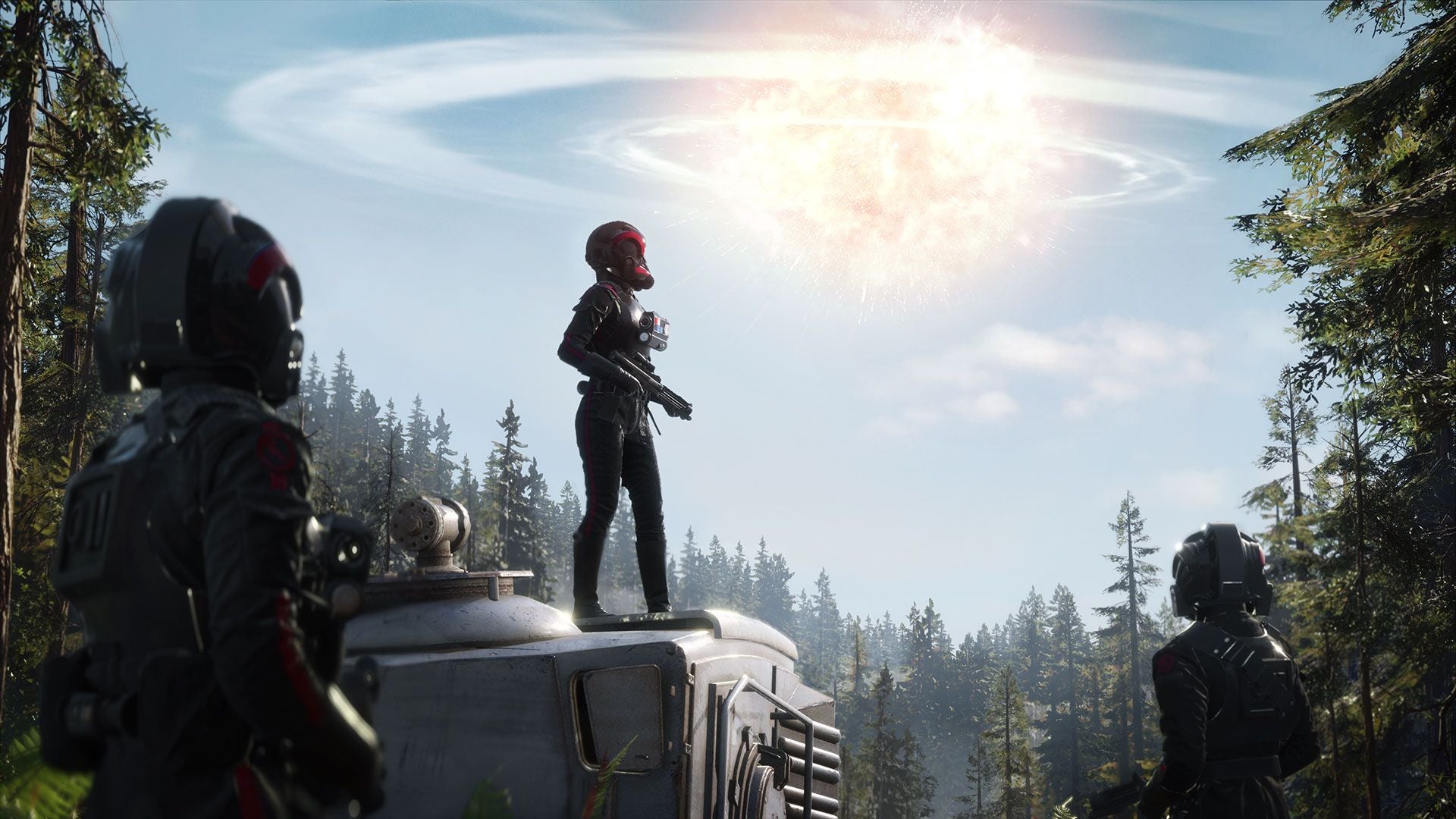 The last Battlefield game to ship with a singleplayer element was Battlefield 1 with its compartmentalised mini-campaigns, a novel idea in terms of multiplayer tutorials but one which robbed them of any sense of continuity or larger narrative (outside the obvious “the First World War was horrible”).

So what Battlefront II does is combine that segmented feeling with a tale linking all the stages together. There’s still a very clear feeling that each mission is designed to introduce a map or teach you how to drive something, but these are all carried along by the story well enough that they don’t feel as isolated as BF1’s.

It’s the most human Star Wars tale I can remember ever being told in a video game. There’s a nefarious Imperial plot going on, and some of the big battles from the classic trilogy to fight, but the heart of Battlefront II’s campaign isn’t the plot.

It’s the characters, like the Imperial soldier who has a very strong “Are We The Baddies” moment, her relationship with her Battle of Britain Spitfire pilot squadmate and also any and all interactions with a smart-arse Duros called Shriv.

Star Wars. Battlefront II frustrates me in ways I never knew I could be frustrated. It is both a lovingly crafted companion to the films and a tangled mess of corporate meddling. There is a strong heart at the center but finding it means peeling back layers of unnecessary and infuriating nonsense.

But you know a lot of that from Heather’s review. What I’m here to talk about, and what I enjoyed the most about the campaign, was just how Star Wars it all was.

I’ve written about “The Best Star Wars Video Game” on this site before, bestowing the honour upon Dark Forces. Not because it’s an excellent shooter (though it is!), but mostly because of this:

There’s no time in Dark Forces — and this is a rarity in Star Wars games — where you can point to where the actual Star Wars designs end and the work of Lucasarts’ own artists begin. Everything you see in Dark Forces, from the walls to the guns to the ships, looks like it was designed by Ralph McQuarrie and belongs in one of George Lucas’ original films.

Battlefront II’s singleplayer campaign is a good multiplayer tutorial and a serviceable first-person shooter in its own right, but as a Star Wars experience it’s probably beaten only by Lucasarts’ 1995 shooter. 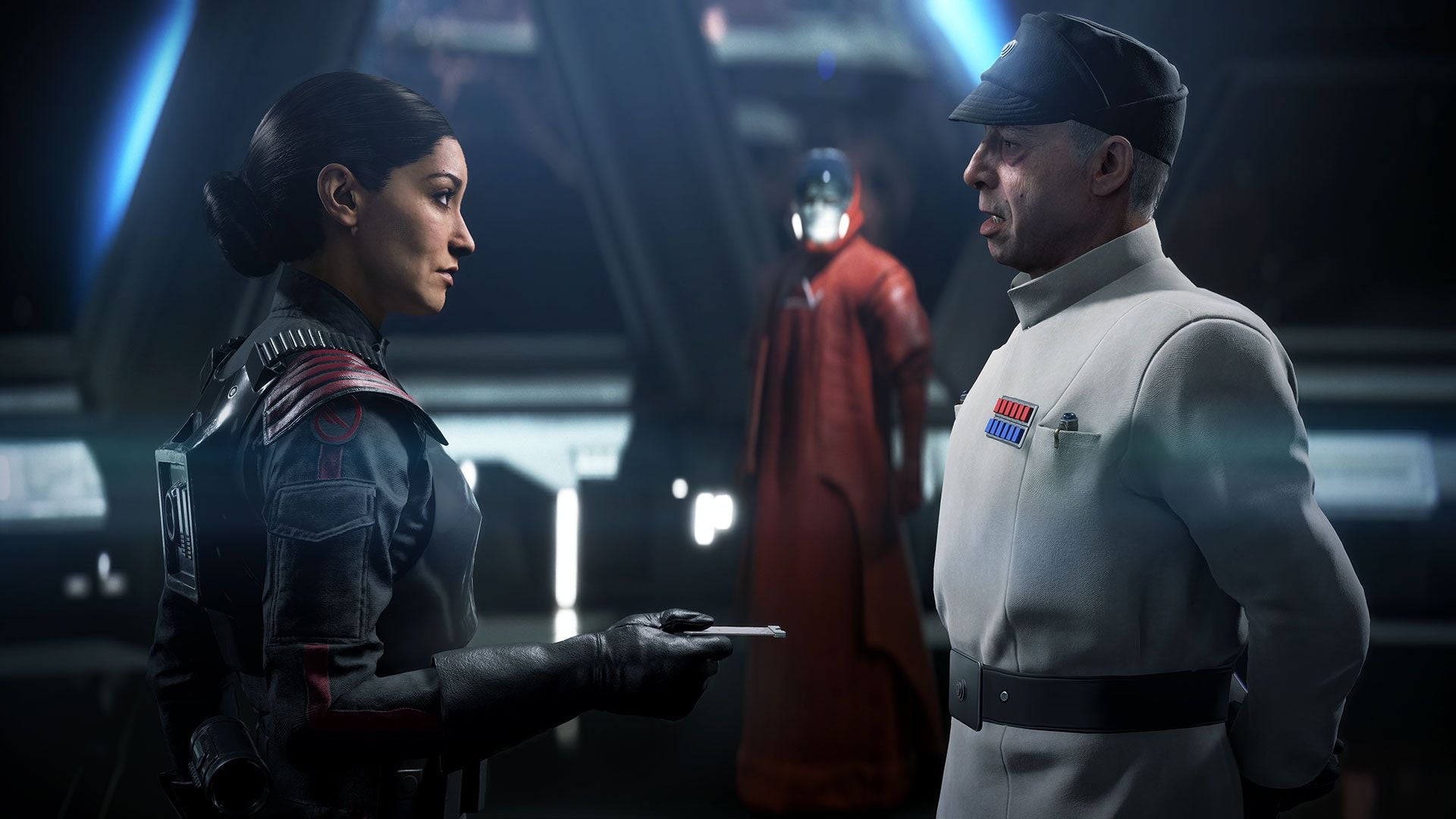 Visually it’s incredible, and I’m not talking about the photogrammetry used to map out the levels.

Every corner of the game’s universe is as faithful to the original cinematic vision as you could hope for, from the door panels to Inferno Squad’s uniforms to the computer terminals, and it’s clear that a tremendous amount of work went into making sure that even the smallest detail looked consistent with what a Star Wars thing should look like.

I know the first Battlefront did this as well, but most of its spaces were designed solely for large-scale team warfare. Battlefront II’s campaign takes you to quite a few more intimate locations, where you’re given both the time and space to notice incidental details you would have missed if you were playing multiplayer and just racing around shooting at everything.

This kind of detail is very much my jam.

It also sounds amazing. Like the first game, the team at DICE were given access to the vault of actual Star Wars sound effects and it shows, with BFII borrowing a lot of things we recognise from the films directly (like the Empire’s distinctive emergency klaxon) while at the same time creating new effects (for stuff like blaster fire) that aren’t in the movies, but sound like they could have been.

All of which is dumb, superficial shit that would be irrelevant to my feelings about almost any other type of game based in any other universe.

Only this is Star Wars.

The first Battlefront game had this amazing trailer (above) where a grown man was transported back in time to his childhood just by thinking about Star Wars.

It’s corny, and the first game’s multiplayer-only design meant I never felt anything like this playing Battlefront. Turns out I just had a delayed reaction, though, because this is exactly how I felt playing parts of Battlefront II’s campaign.

There were moments during this campaign where I was audibly hollering at my TV screen, as boxes marked “Star Wars Fanservice” were ticked then ticked again for good measure in ways I’ve been waiting decades for.

I was getting to see corners of the Star Wars universe that no visual media has ever let me experience before, like what the inside of a Mon Calamari Cruiser looks like in detail, or what the Rebels look like when they’re the ones doing the interrogating:

Even better were the ship combat sections of the game, which were actually handled by Burnout creators Criterion. While fun in their own right as breaks from the on-foot combat, they were able to capture the film’s seat-of-your-pants thrill of fighters buzzing between capital ships and filling the stars with blaster fire better than the X-Wing or Rogue Squadron series could ever manage.

I’d also like to give a shout-out to the game’s quieter moments, those precious few stages where your weapons are holstered and you’re allowed to wander around a Rebel ship or an Imperial facility to just soak up the atmosphere.

Very few Star Wars games (KOTOR excepted) ever ease up on the gas like this, and it was a pleasure just sticking my nose around starships and bases seeing the universe tick.

None of that stuff makes Battlefront II’s singleplayer a better game. Most of the larger combat instances are a dull grind, stealth sections are poorly designed, the ship combat has weird mission objective identification, the cliffhanger ending sucks and the final battle over Jakku, as spectacular as it looks, is an absolute disaster.

But it sure does make it a wonderful thing to experience, if you’re willing to surrender to fanservice and let the whole thing just wash over you.

I’m not going to say you should go out and buy the game just for this campaign, because any conversation about BFII’s “worth” is so combustible at this point that it’s a wasted effort.

But if you ever get the chance to play throgh it BFII’s campaign is short, sharp fun that does a tremendous job of delivering something that’s been in short supply for the last decade or two: a Star Wars game that genuinely feels like Star Wars. 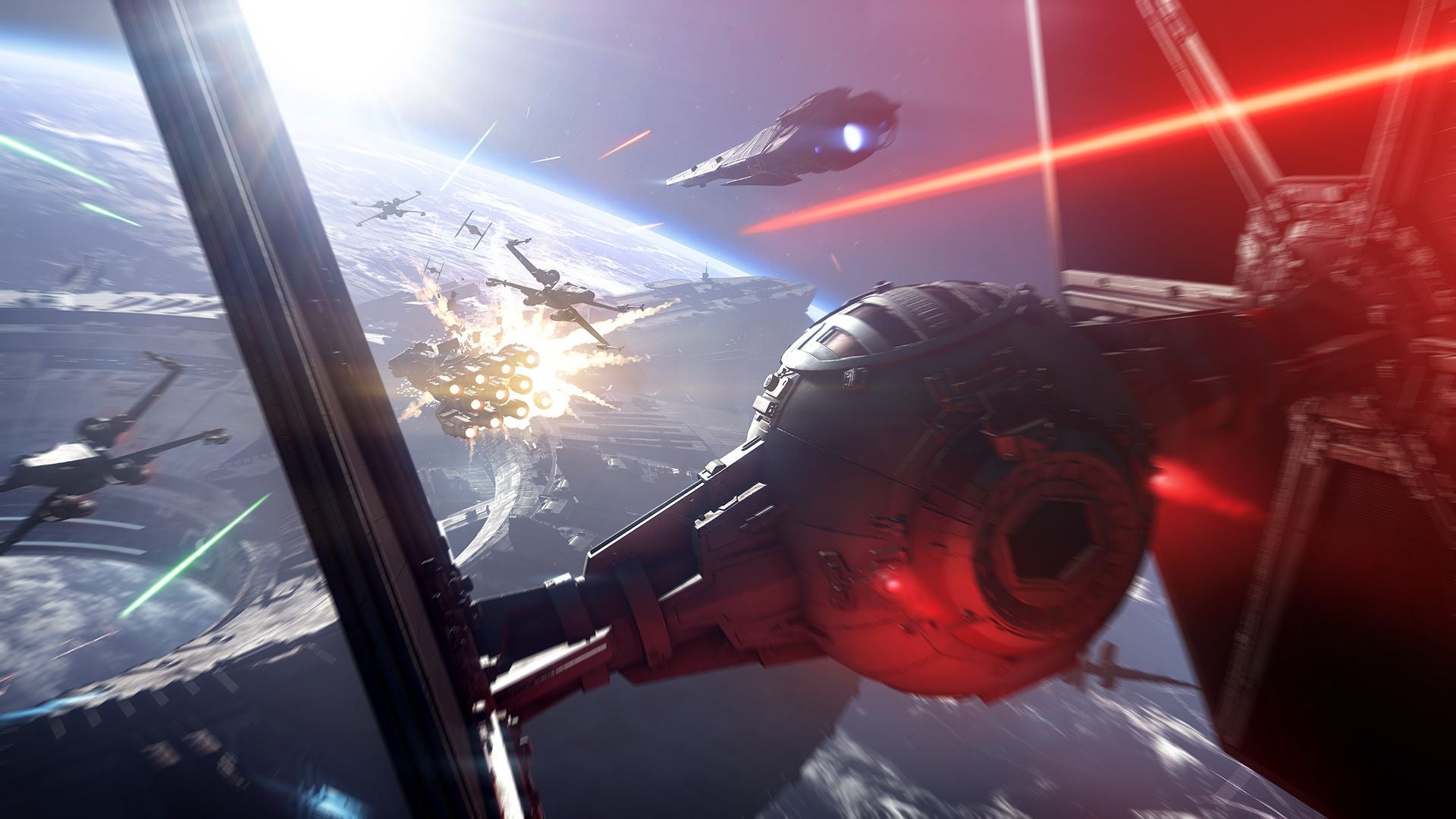