I Love That Super Mario Odyssey Doesn't Have A Timer 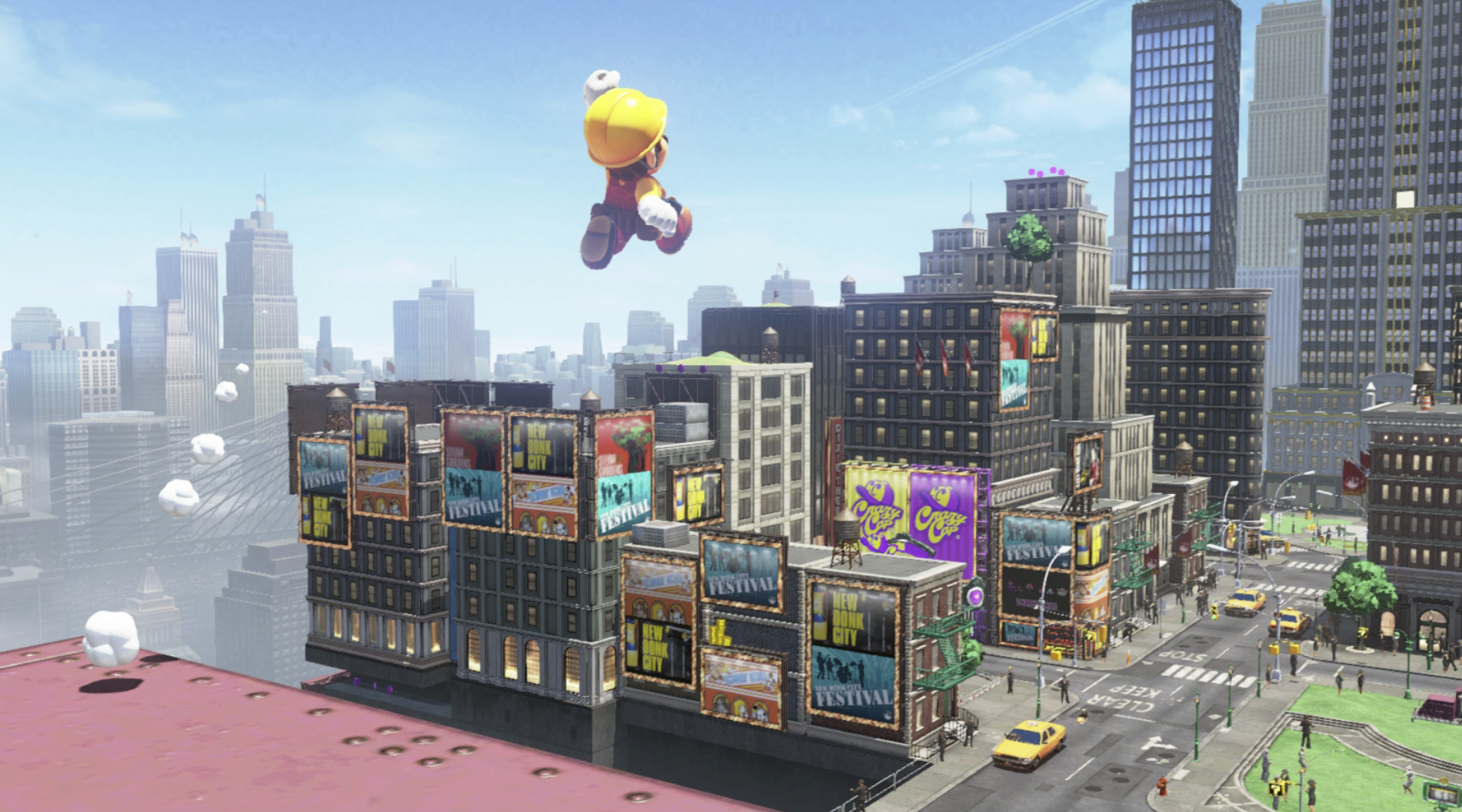 For the past week, I've been falling ever more deeply in love with Super Mario Odyssey. I like a lot of things about this game, but most of all, I like that there's no timer.

All of the Mario games I've played have something in common: A timer. (The 3D Mario games I haven't played, such as Sunshine and Mario 64, do not.) Even in 3D World, which lets you explore semi-open 3D environments, each level begins with a ticking clock. If you take too long screwing around or trying to solve a tricky platforming puzzle, you'll get a reminder that time is running low and you need to move faster. The timer has a pervasive, unsubtle effect on the overall experience. Don't stay put, the game tells me. Keep moving.

Super Mario Odyssey has no timer. That, more than any other thing about the game, has defined my experience with it. It's what lays the groundwork for all the other things that I love. I'm no longer moving through levels; I'm exploring. I'm no longer problem-solving; sometimes I'm just messing around. The main hub levels feel less like obstacle courses and more like playgrounds. I've stopped moving forward and started moving sideways. 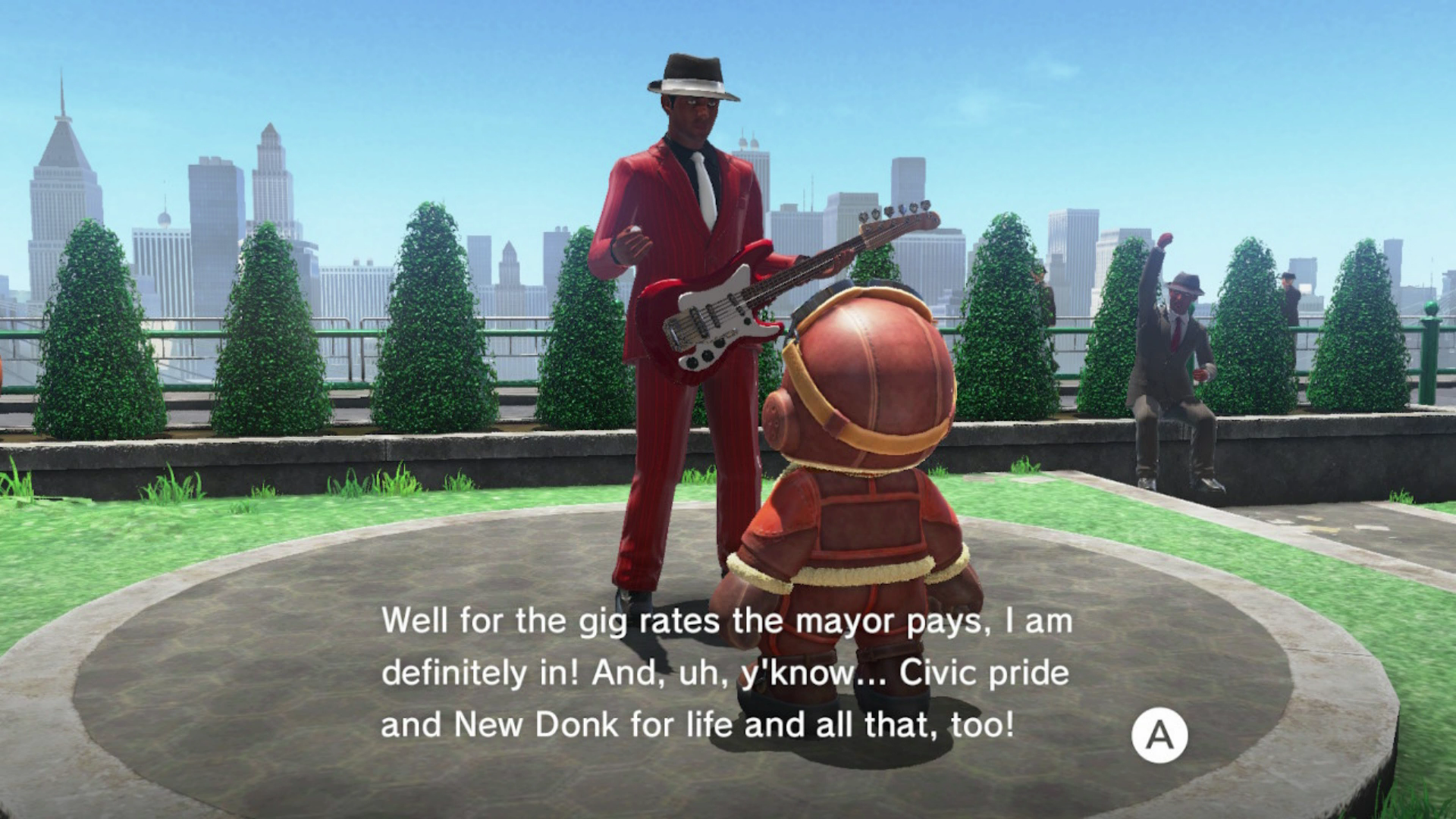 Possibly the most accurate video game depiction of a working musician.

Over the weekend, I finally got to New Donk City. I can't think of the last time I explored a video game space this playful! I'm constantly bounding off of taxis, double-jumping across chasms, gliding through power lines, and bouncing along on the heads of the citizenry. I'm free to experiment, to try weird things just to see what'll happen. I'm not sure when I'm going to power up the Odyssey and travel to the next world. I'm having so much fun that I don't want to leave.

For all the Mario games I've played, I'm still a Mario neophyte. I didn't grow up owning Nintendo consoles, and because of that, platformers never became a part of my gamer DNA. But I love this game, in a way that I've never loved a platforming game before. (Trust me: If and when they come to Switch, I absolutely plan to play Mario 64, Sunshine and both Galaxys.)

People use all sorts of criteria to draw lines between Mario games. Camera positioning, playable characters, central mechanics, level design; the list goes on. The more time I spend with Odyssey, the clearer it is that the most important distinction, for me, is whether I'm on the clock or free to fool around.