It's November 2017, And Spintires Is Back On Steam's Best-Sellers 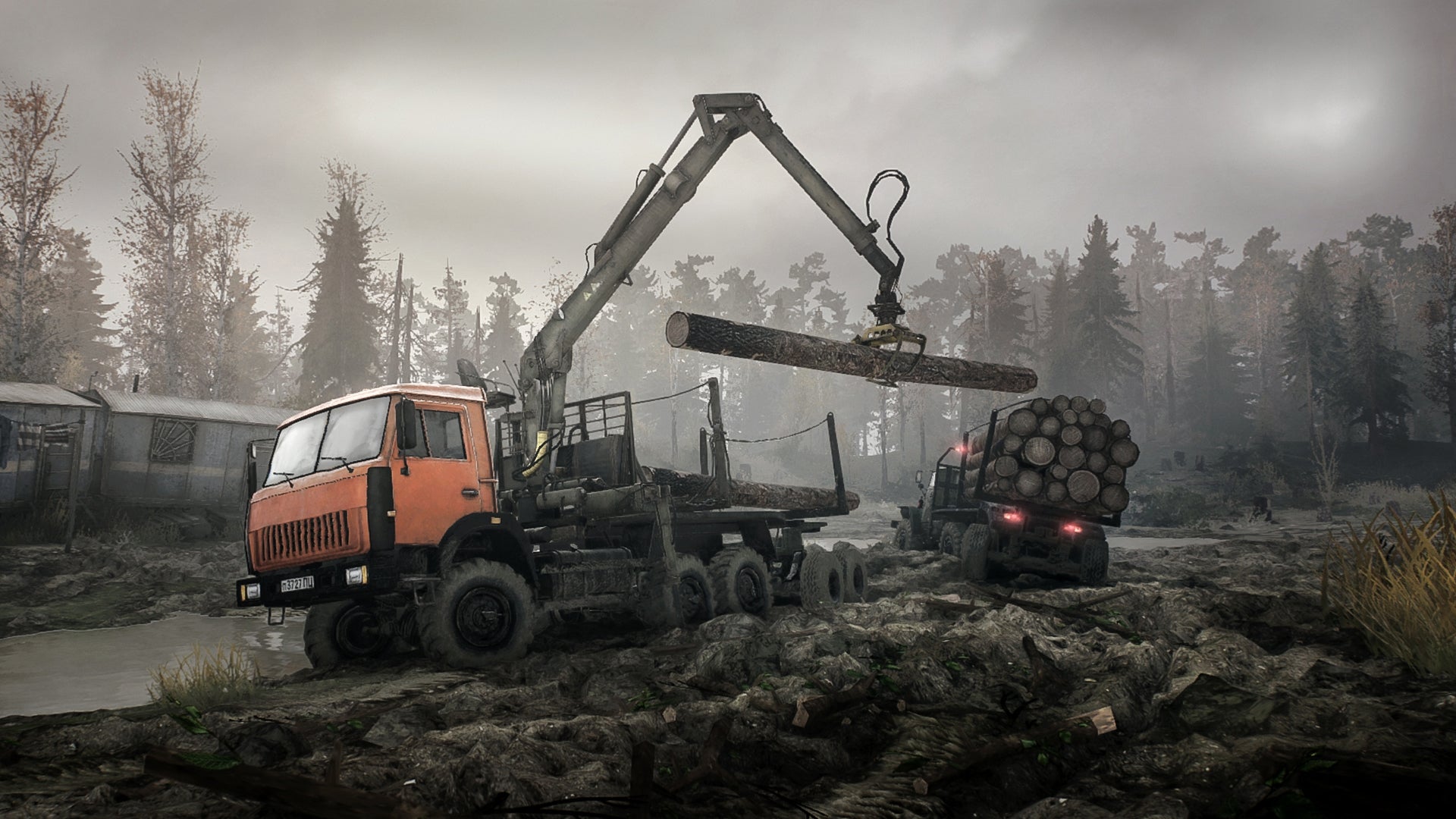 Wolfenstein. Assassin's Creed. Call of Duty. The biggest names in the video game business are being unleashed upon a highly suspecting populace, and Steam's sales charts reflect that. With one exception. 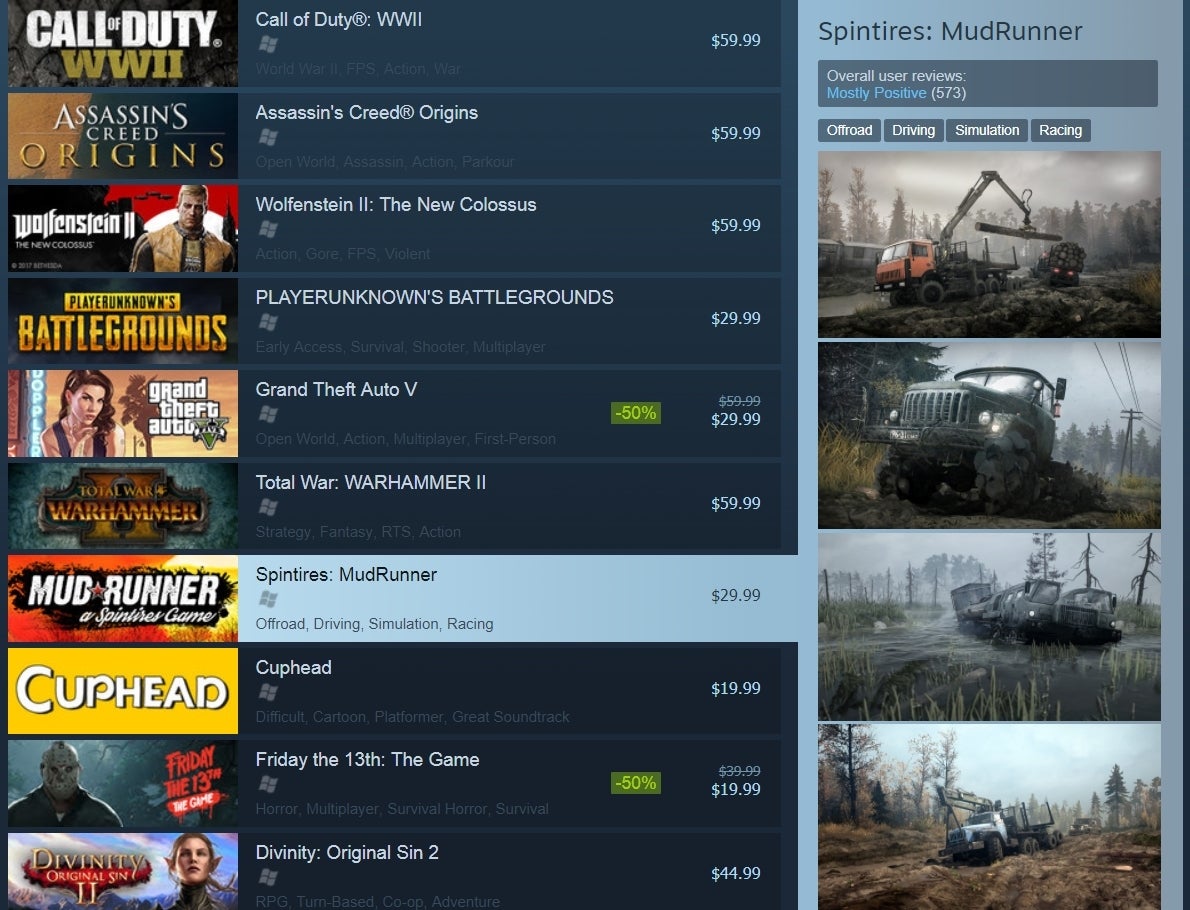 All the big names, but then, toward the middle, is humble Spintires: Mudrunner. It's a game about driving all-terrain vehicles or, if you're me, flailing helplessly in mud like a drowning turtle. The original Spintires was a breakout Steam hit from a time before breakout Steam hits were really a thing, despite a fiasco involving bugs and tensions between the game's very small developer and then-publisher. Mudrunner, a new release that came out yesterday, takes the original and adds a new coat of paint (to splatter with mud), new levels, new vehicles, a sandbox map and more polish. It's every Spintires fan's dream, basically.

So, despite how unlikely it might seem at first glance, it makes perfect sense that a game about slowly hauling cargo up dingy Russian roads is going bumper-to-bumper with the heaviest hitters of this holiday season. Bless this wonderful medium.