In a plot crafted to bring together as many playable characters as possible, time-travelling despot Kang the Conqueror harnesses his vast power to collect shards of famous past, present and future Marvel locations, stitching them together into a patchwork city called Chronopolis. The Avengers, Guardians of the Galaxy, Inhumans, and various other time and space displaced Marvel heroes must join together to restore their worlds and foil Kang’s plans for universal domination.

To accomplish this, the heroes have to travel from realm to realm, gathering cosmic doohickeys. If that sounds familiar, it might be because I mentioned it in the initial paragraph, referring to the first LEGO Marvel Super Hero game. In that game it was Cosmic Bricks, which were actually fragments of the Silver Surfer’s shattered surfboard. This time around it’s pieces of the shattered Nexus of all Realities. Potato, potahto. 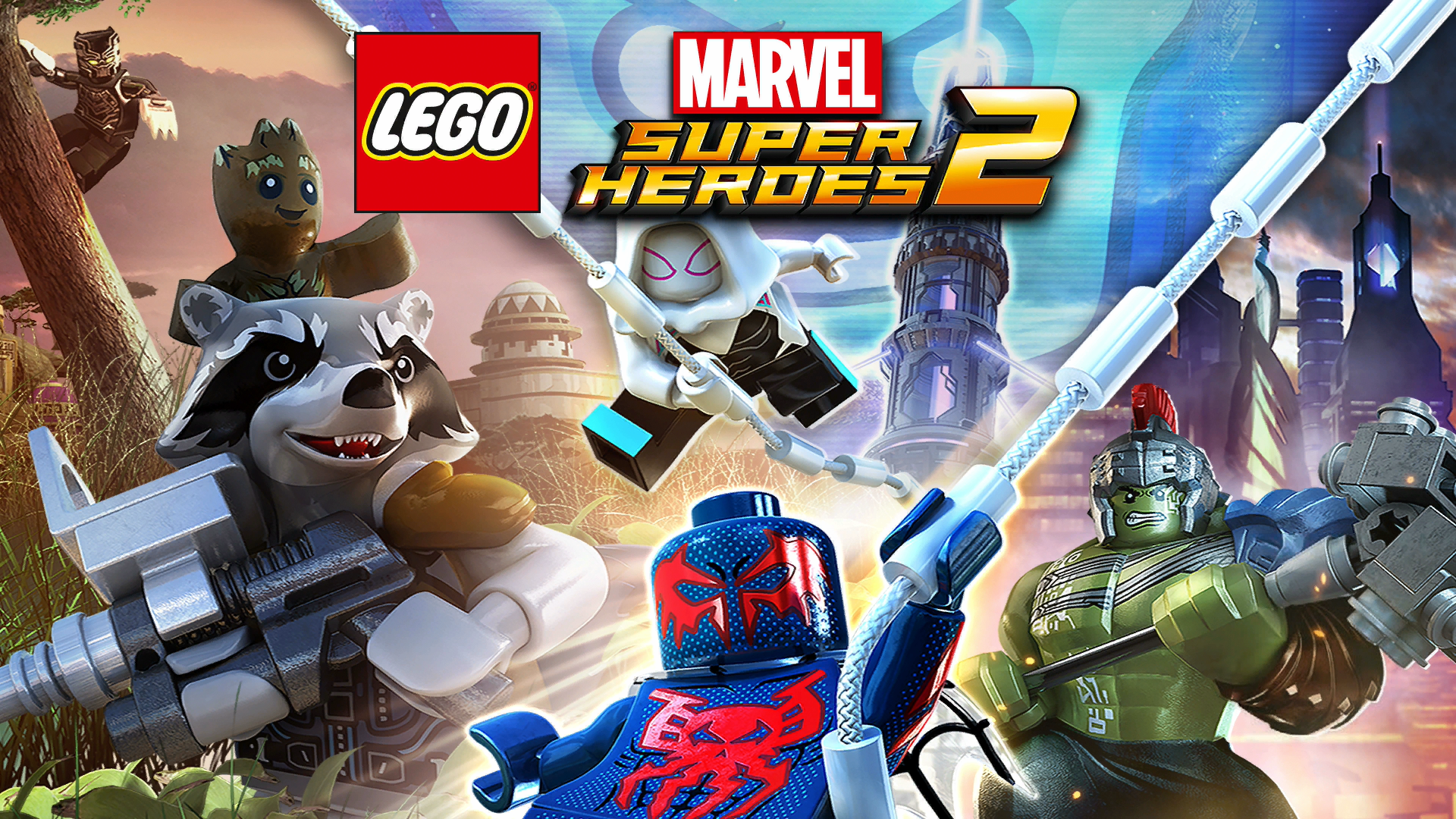 Chronopolis is a joy to explore, so much to unlock and discover, Squirrel Girl

Story missions are frustrating and tedious

Completed all 20 story missions in six to seven hours. Several hours into exploring Chronopolis post-story, still only 29 per cent complete.

LEGO Marvel Super Heroes 2‘s plot plays out over 20 story missions, a handful of which were genuinely entertaining. When a mission featured only a couple of characters and leaned more towards puzzle solving and platforming, things went well. There’s a sequence in which outlaw cowboy Kid Colt and outlaw spaceman Star-Lord traverse a speeding train that was a joy to play. But to get to that joyous moment, I had to suffer through a painful saloon battle with Modok.

Trying to juggle four characters (Rocket, Gamora, Drax and Old West Captain America) while under assault from a never-ending horde of enemies is a pain. The characters I was not controlling frequently stood around doing nothing while my block was getting knocked off. Button prompts for grabbing enemies or performing team-up attacks were constantly blinking in and out of sight, causing me to grab when I wanted to punch or stab. Often I had trouble simply picking my character out of the crowd.

I spent somewhere between six and seven hours working my way through the game’s story mode, slogging through chaotic battles, fighting predictable bosses (wait until they’re vulnerable, hit, repeat) and fretting over puzzles that couldn’t be solved until I came back through with different characters in Free Play mode. Standout moments, such as the aforementioned train sequence, were few and far between, and that’s counting the time Star-Lord got stuck in a level’s geometry, bugging out a boss fight with Klaw.

Disappointing, but who plays LEGO games for the story any more? The real meat of the game comes after the credits roll, when the player is free to scour Chronopolis for side quests, unlockable characters, gold bricks and Easter eggs. The stitched-together city has such sights to see. Let’s take a little tour with Captain Marvel.

Why would anyone ever want to fix this place? It’s a city where a stagecoach from the Old West can pass a taxi from Manhattan on the way to Asgard. Where a hero can fall from the Inhuman City of Attilan down to the sands of Ancient Egypt. Even if there weren’t collectibles to find and characters to unlock, Chronopolis is a place worth exploring.

Several new or revised features have been included in LEGO Marvel Super Heroes 2 to aid in that explorations. The mini-map, once a mess of coloured dots, now only shows up when current objectives or conflicts are nearby, fading away when not in use. The world map features new icons, filling in with check marks as goals are completed. And since Chronopolis is such a huge place, players can fast travel between districts in a flash. 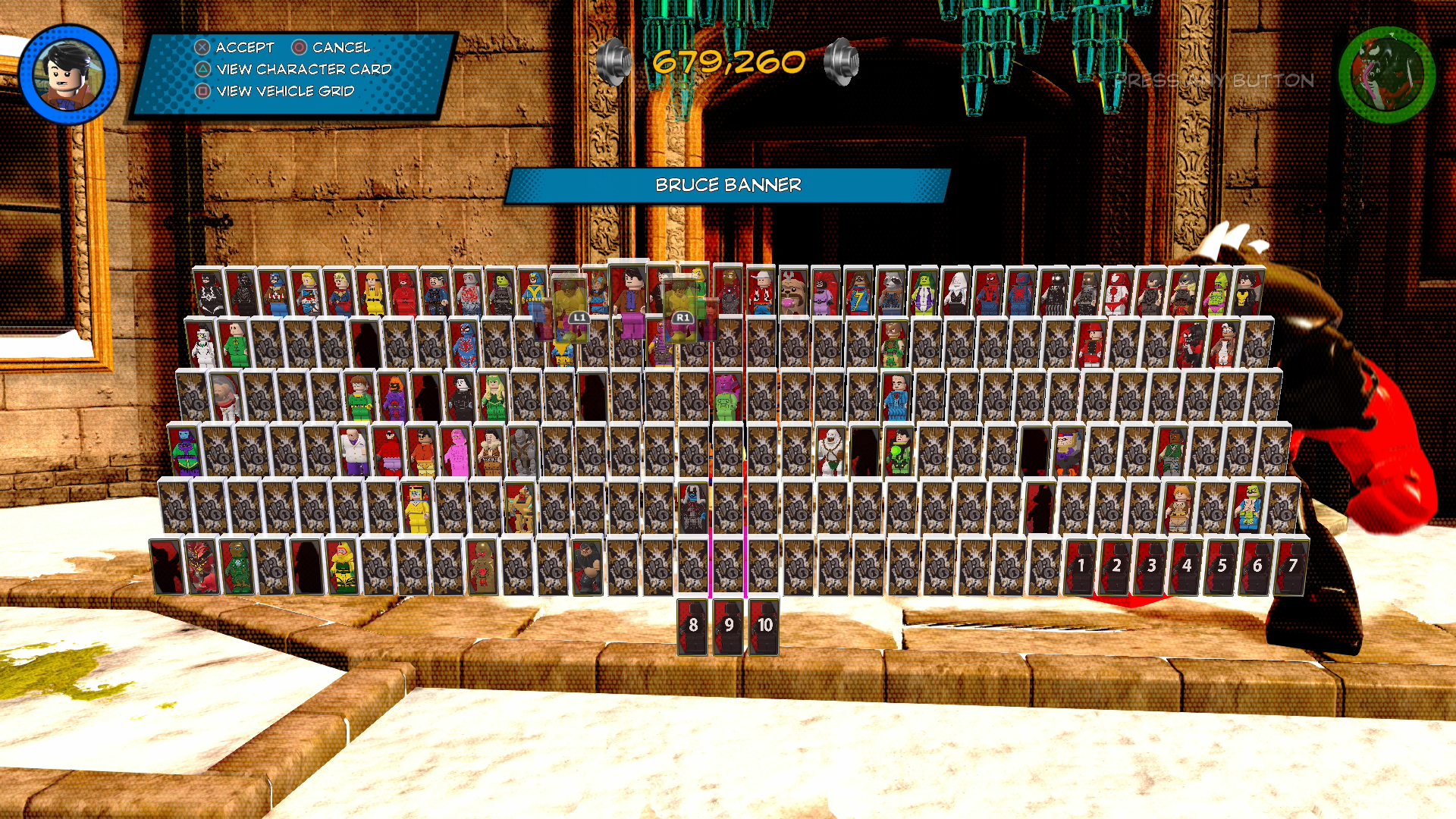 Players still have to pay bits to unlock new characters after discovering them, which is silly.

Side missions, presented in the post-game by Marvel fourth wall-breaker Gwenpool (replacing the first game’s Deadpool) give characters not featured in the core narrative a chance to shine. One of my favourites so far involves Squirrel Girl, Koi Boi and Chipmunk Hunk throwing a concert in Central Park. Another has Howard the Duck and Forbush Man breaking into a comic book convention to debut the video game they have developed. They’re big on humour and puzzle-solving and light on combat, and so far they’re better than almost anything the main story missions had to offer. 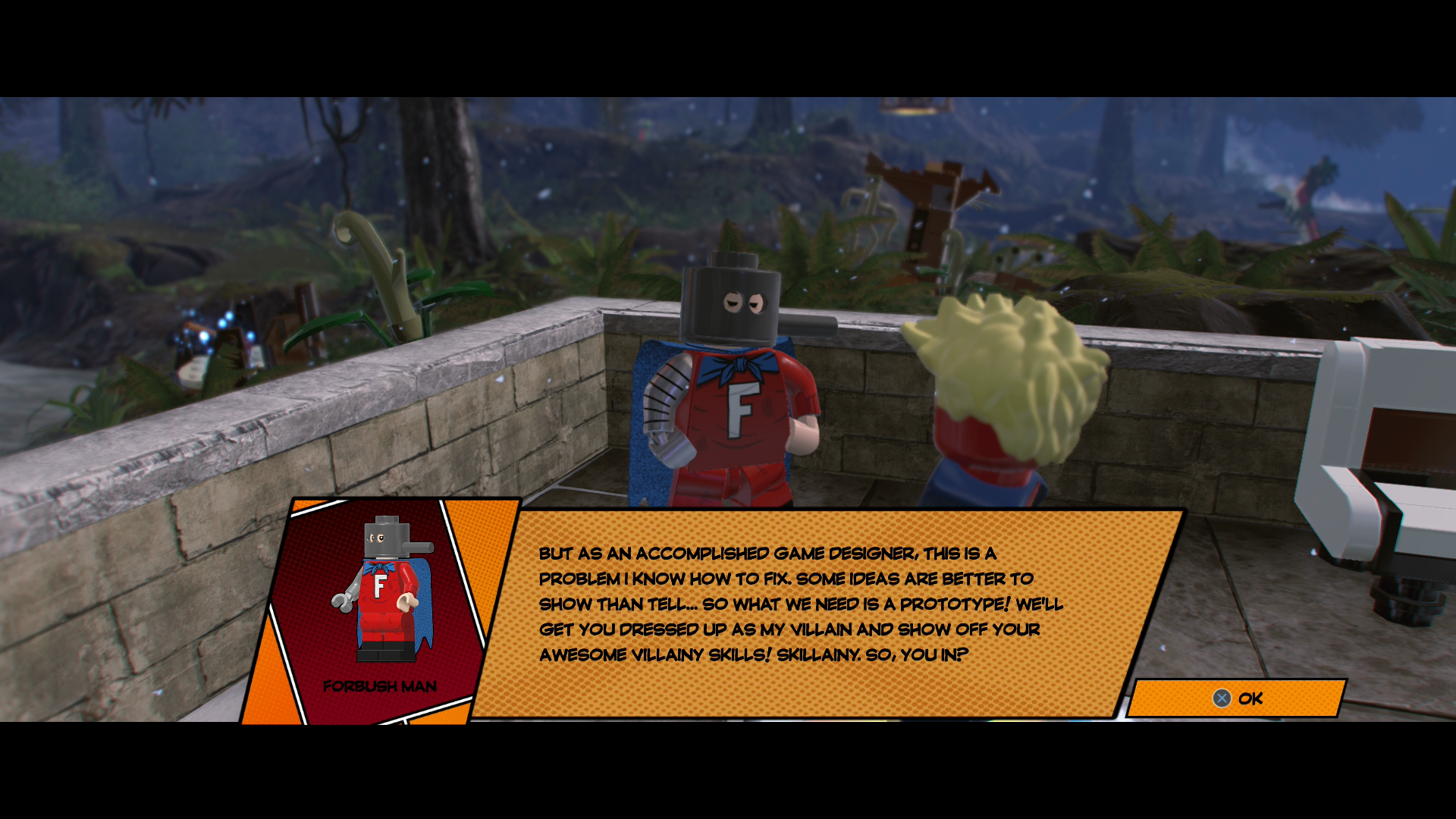 It’s another LEGO Marvel game with a so-so story leading to an immensely engaging open-world experience. That’s fine if you primarily play LEGO games to collect all the things.

But this game is launching a month and a half after the surprisingly good LEGO Ninjago The Movie Video Game, which featured an exciting combo-driven combat system, new ways to collect bits and unlock characters, and the multi-build feature that debuted last year in LEGO Star Wars: The Force Awakens. If a budget-priced movie tie-in can do all of that, why couldn’t LEGO Marvel Super Heroes 2?

The joys of free-roaming in a single GIF.