The Quirky Voyage Of StarTropics

The journey of StarTropics was as varied as it was challenging, taking players from the tropical islands of the Coral Sea to the spaceship of an alien conqueror. In many ways, the game is what you’d get if there was an 8-bit version of The Legend of Zelda: Wind Waker fused together with Indiana Jones, the Superman origin story, Dragon Quest style NPCs and baseball tactics. It’s an unexpected mix that works, in large part, due to the game’s quirky charm and its light-hearted narrative.

StarTropics released towards the end of the life of the original Nintendo Entertainment System in 1990, it was developed by Nintendo R&D3, a team that focused on Nintendo’s hardware and peripherals, but also developed Mike Tyson’s Punch Out. You play as young ace pitcher, Mike Jones. Mike’s uncle has been abducted under mysterious circumstances so he has to search the islands to find him. He does this using a submarine controlled by the NAV-COM, a robot with an uncanny resemblance to the Nintendo peripheral, ROB.

This game has many visual similarities to the Zelda series. Mike has heart containers representing his life bar, needs to make his way through multiple caves, and eventually has to find three mystical items (cubes instead of triangular triforces). But the grid-based battle system quickly diverges from Zelda with tricky boss battles, interesting characters, and jumping puzzles that take him to the stars. 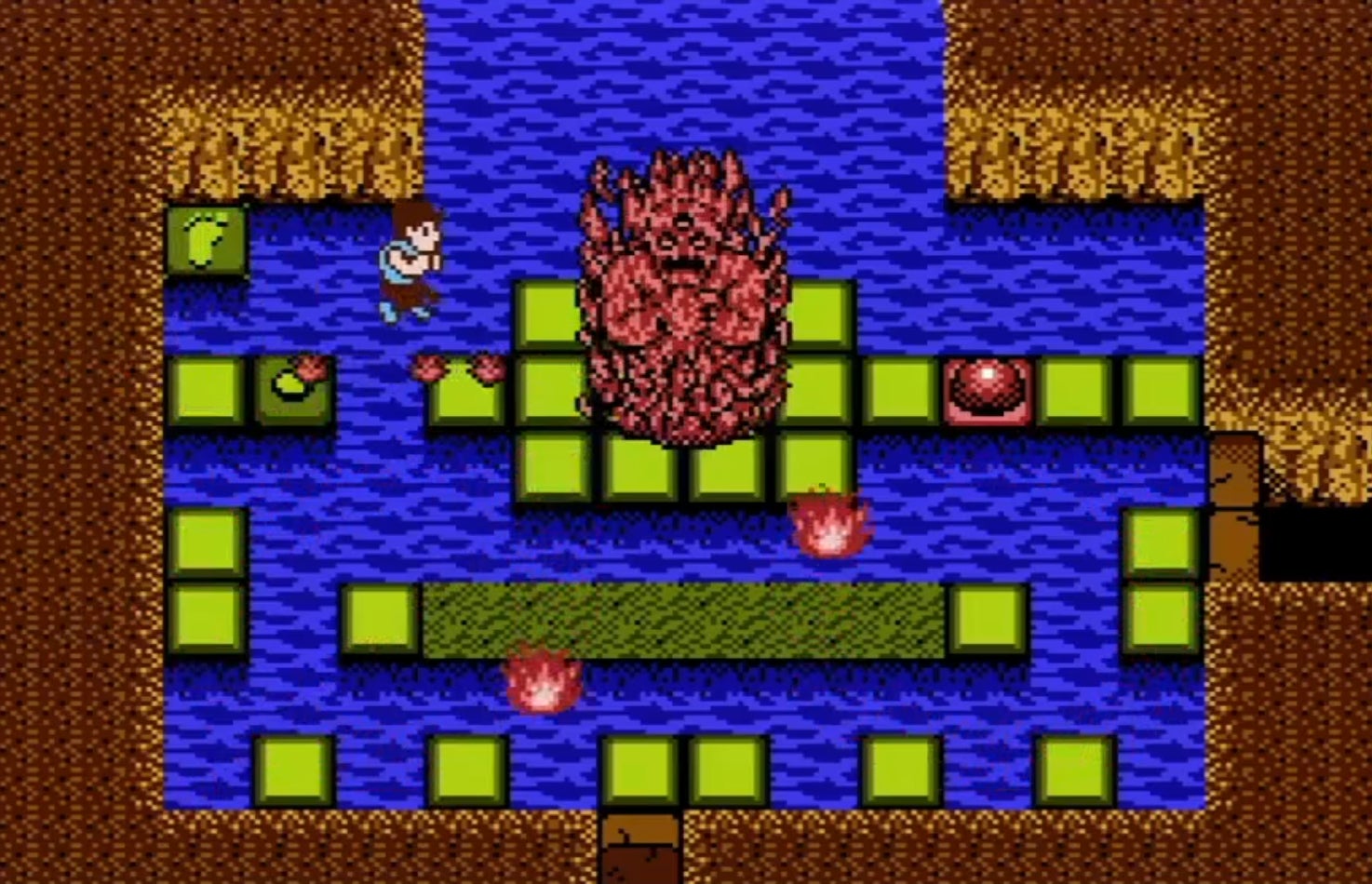 StarTropics excels when its playful narrative is at the forefront, leading to a series of interesting situations. In the third chapter, the daughter of one of the chiefs, Bananette, has fallen into a deep sleep. Mike’s quest to wake her involves grave robbing, disguising himself to enter a village of women, defeating a nearly invincible magma boss that cannot be killed with any of your weapons, and riding a water spout to climb to the top of a mountain where a hermit gives you a spell.

In another chapter, a mother dolphin approaches your submarine and pleads with you to rescue her son, who is being held captive by a massive octopus. You defeat it by launching a Snowman that freezes the water, paralysing the octopus, so that you can blitz it with yo-yo blows. 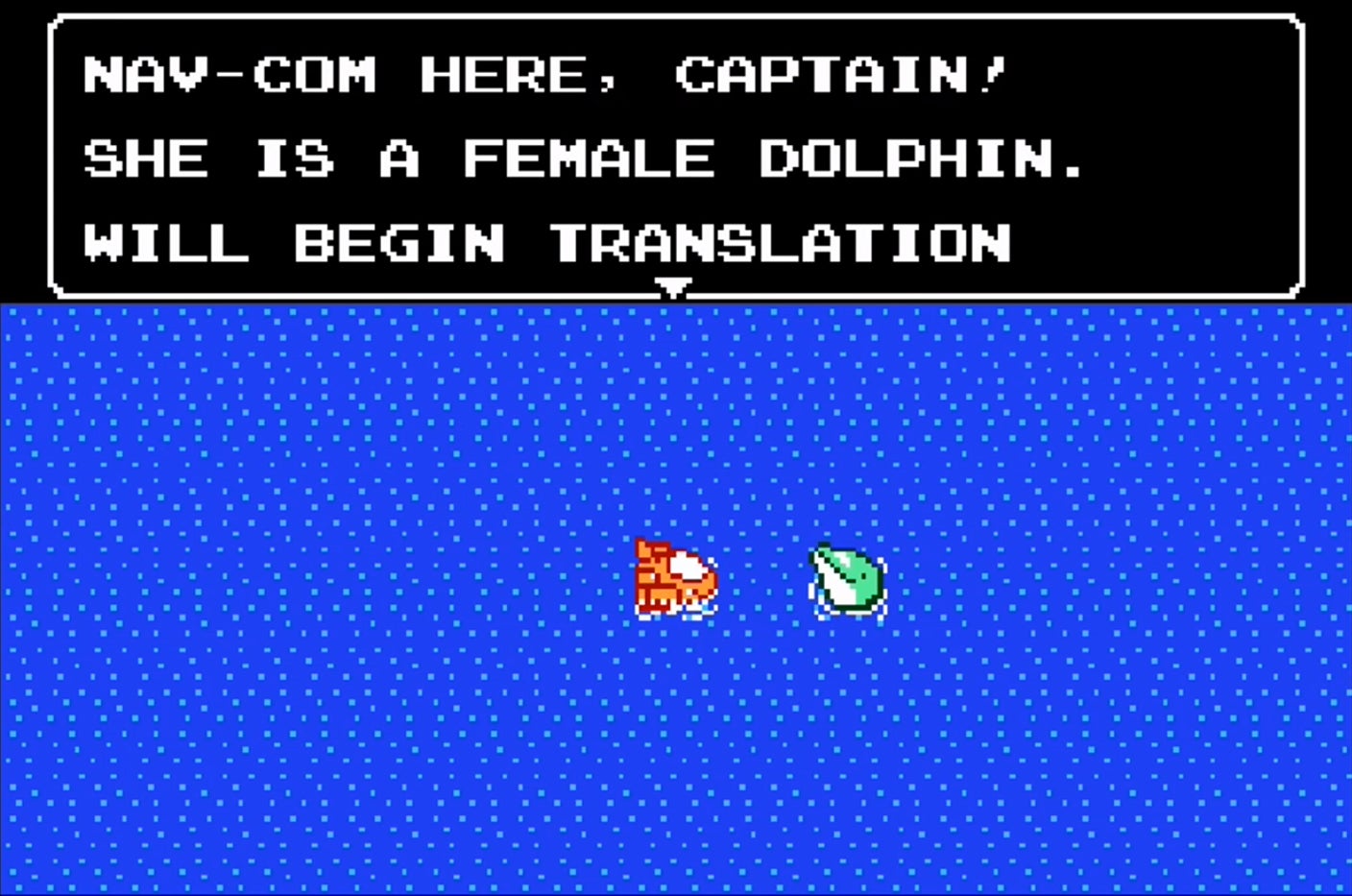 Yes, you’re armed with a yo-yo (renamed to a star for copyright purposes), which doesn’t seem all that helpful at first. But if you’ve ever been hit by a baseball you’ll know they inflict a unique sort of pain, and Mike is a star pitcher at that. The legendary Island Yo-Yo slices monsters apart like a sawblade on a string. The Queen of Shecola will upgrade that to a Shooting-Star which looks like a Belmont chain whip and packs a wallop as long as you have six hearts or more.

Unfortunately, Mike’s biggest weakness is that he can’t swim, a flaw that proves fatal when you’re in the tropics. There’s water everywhere and sinking in it means Mike loses hearts. Skipping from block to block is a key part of the gameplay as Mike tries to open new sections in the caves. Sometimes this means stepping on specific tiles that reveal the switches to unlock the door. Other times, a group of enemies needs to be defeated for the passage to open.

StarTropics starts off simple, but the difficulty curve spikes as the monsters get tougher, ranging from ninja monkeys to pirate ghouls and even Zelda‘s octoroks AKA octots. The rigid controls feel restrictive at first, but you get the hang of it with practice. You’ll need to get sharp as new traps are introduced to impede your path, blocks vanish from underneath Mike’s feet, and obstacles crush him if you aren’t quick with your reflexes.

It can be frustrating and very often, pattern memorization is the only way to survive. 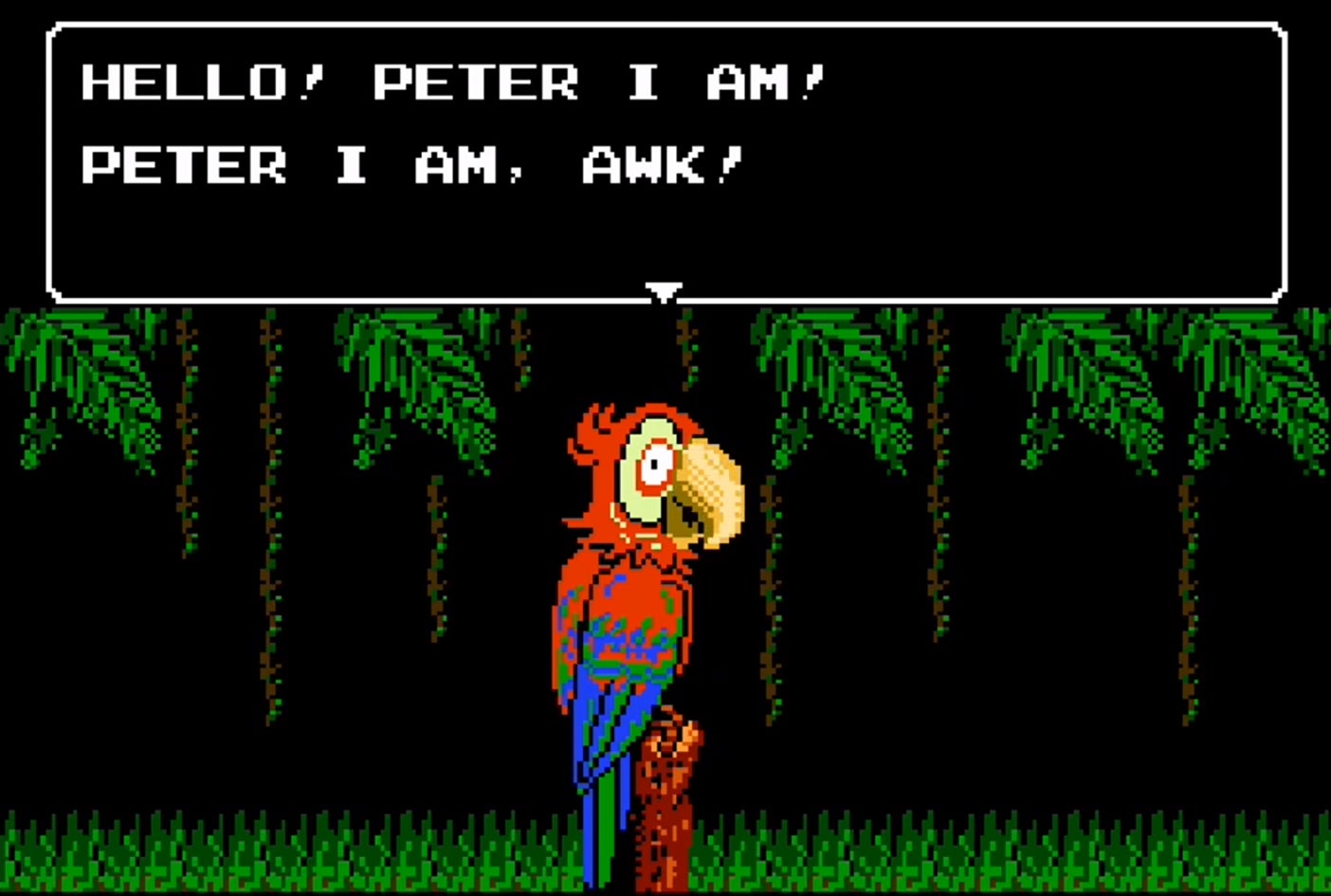 Fortunately, the game’s puzzles provide as much variation as the story. There’s a section where you need to gain a melodic key from a parrot who calls my name, “Peter”, then input the musical notes into a massive organ to reveal a new route. There’s also a puzzle that breaks the fourth wall in requiring a physical letter appended to the game manual. That letter needs to be dipped in water to reveal the password, which Mike gives to NAV-COM. While neat in concept, it was a nightmare for gamers who rented StarTropics and couldn’t proceed without the 7-4-7 code from the manual.

From The Whale To The Spaceship 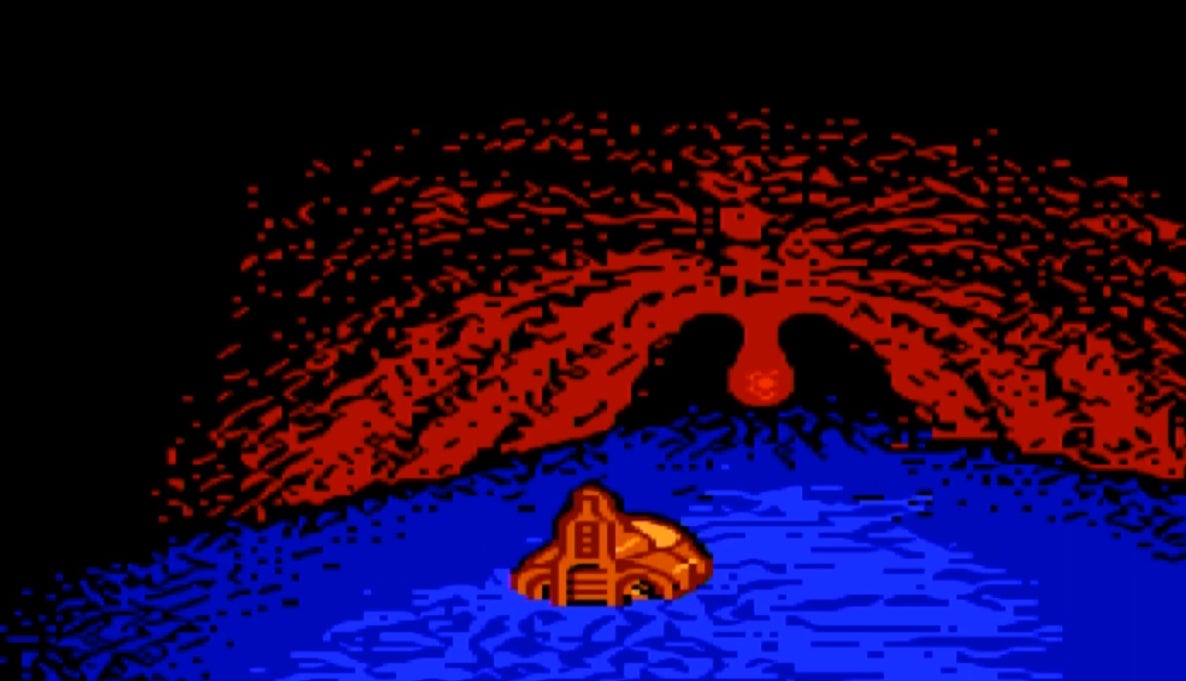 One of my favourite chapters is the fourth, in which the submarine gets swallowed whole by a whale and its innards become a maze. There are no enemies and the emphasis is solely on exploration. Mike does meet up with his uncle’s assistant, Baboo, who is as lost as he is. They eventually find a lighter, builds a fire, and ride the whale’s sneezing action to freedom. It’s a fun sequence with the obvious nod to Pinocchio. Once they escape, Baboo tells Mike the truth about his uncle’s fate.

This is where matters take an unexpected turn, almost as though the game had anticipated Indiana Jones and the Kingdom of the Crystal Skull. It turns out an alien has abducted his uncle.

The stakes quickly go from personal to galactic. After several arduous battles across the tropical islands of the Coral Sea, Mike finds his uncle. His uncle tells him the story of an alien civilisation called the Argonians who were ruthlessly massacred by an evil force. They were led by the conqueror, Zoda, who has come to Earth to find the last survivors. 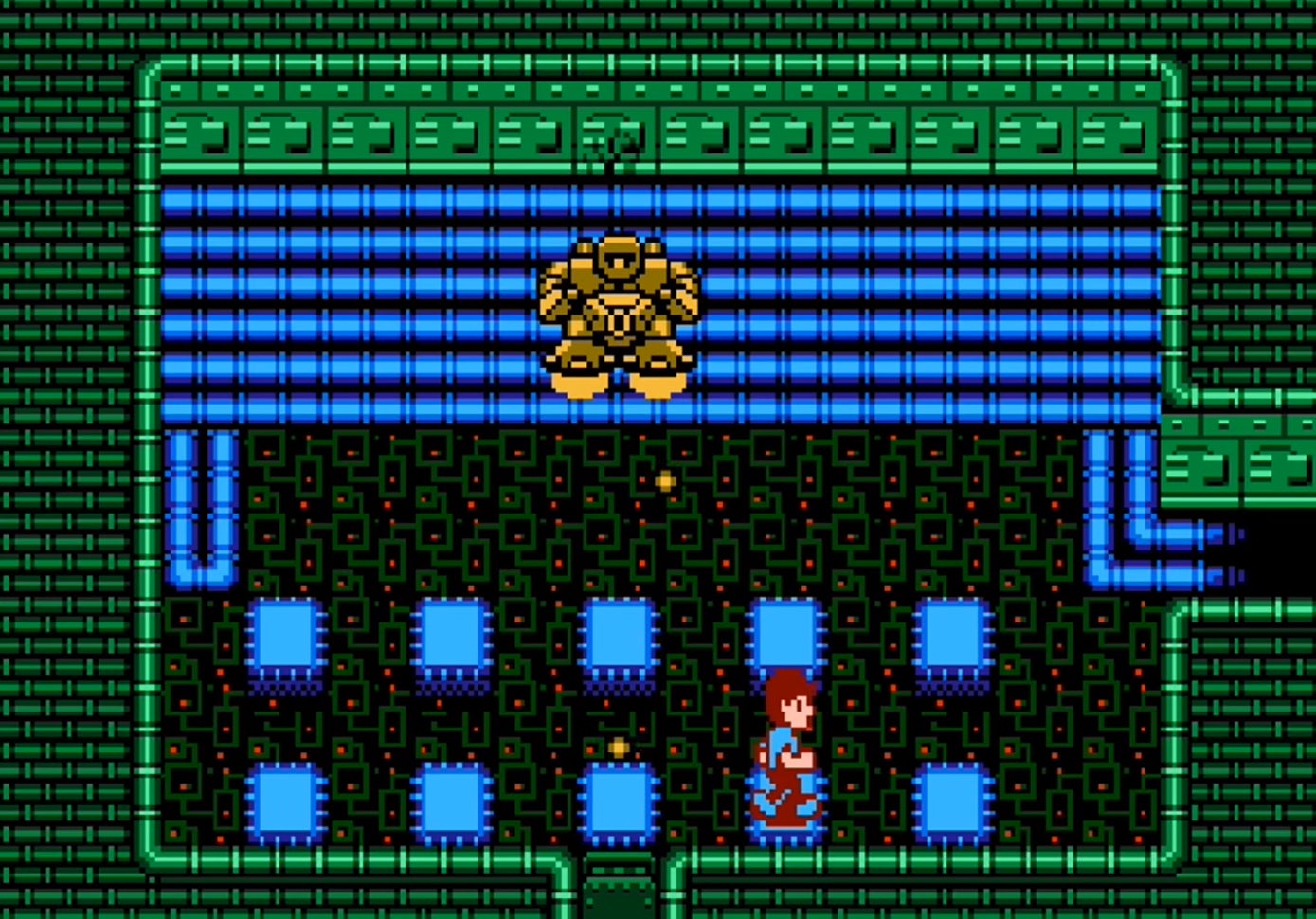 Mike infiltrates their spaceship next and has to fight off against a brutal onslaught of mechas, aliens and space riders. The climactic battle with Zoda plays out in three different stages, and after you defeat him you save the Argonian refugees.

This is one of the few NES games that has an ending that’s worth the effort. There’s a massive camera zoom out, starting with the village, the island, the planet, and finally all the way back to the galaxy. Flashback images of the major scenes in the game play against the credits to some catchy music. It felt like looking at old photos from a familiar journey. 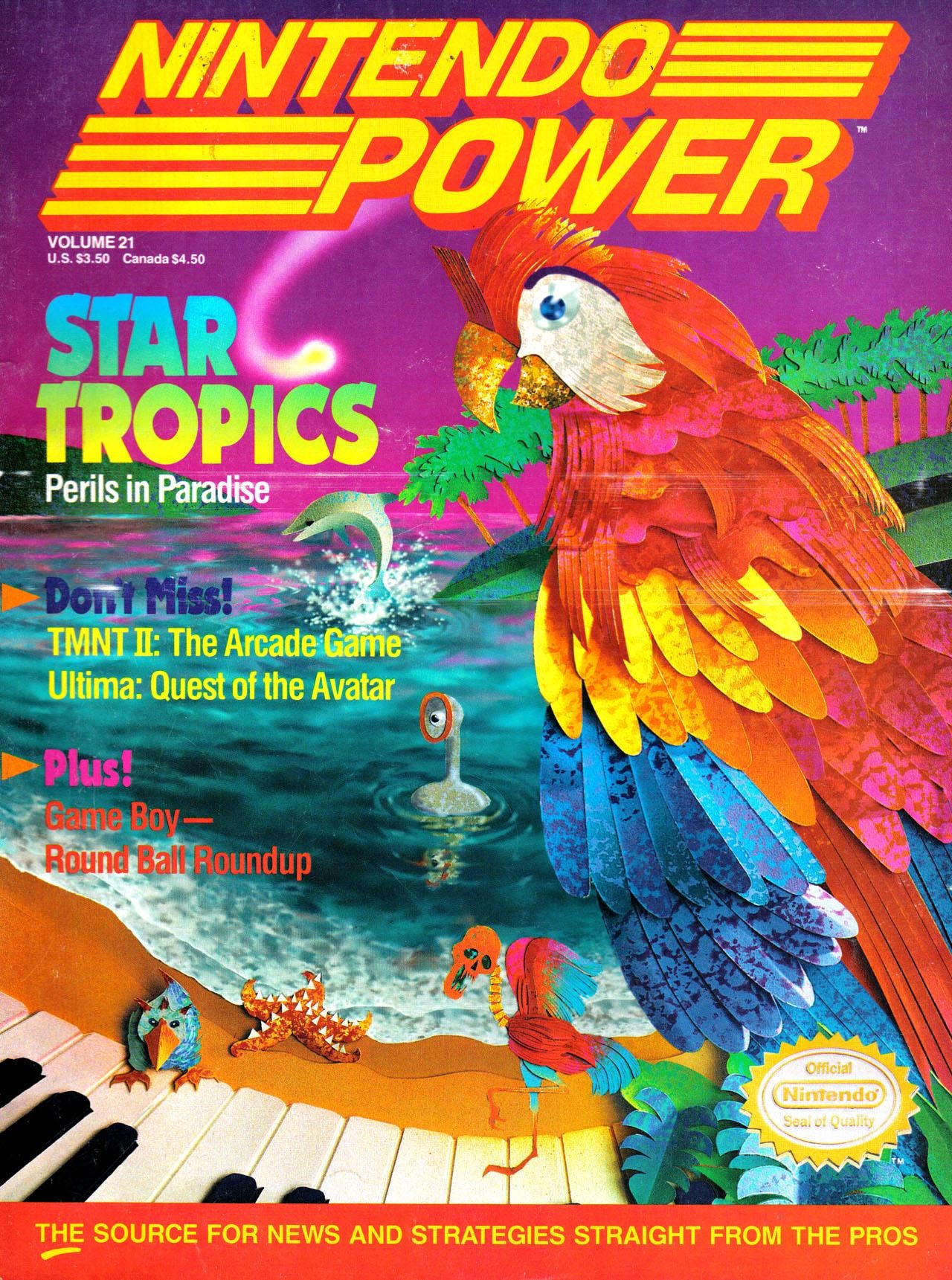 I skipped over StarTropics when it first came out. I’d heard about the game from Nintendo Power and I recall seeing it at the store. Like many other kids, my mind was on the new generation of consoles. I remember when I first started to see the 16-bit consoles and I realised a new era was here. I’d sort of experienced it when I went from seeing the digitised blocks of Atari to the colourful sprites of the NES. But the advent of the 16-bit era seemed to herald something a lot more advanced.

I only recently got to experience StarTropics directly. I regretted not having played it when it initially came out. But it was a mistake I was glad to be able to rectify, even if it was only one yo-yo swing at a time. [clear] StarTropics is available on the Wii U Virtual Console and the NES Classic Edition. You can also find physical cartridges at relatively reasonable prices.