Wolfenstein’s Posters Are Just The Best

As with the first Wolfenstein, New Colossus shows that there are few studios out there who get singleplayer FPS quite like MachineGames does. A big part of that is down to their focus not just on the shooting, but on the world you’re shooting your way through.

In New Colossus, a game full of loveable and fantastically-written characters, one of the real stars isn’t a person at all, but the stage design. Wolfenstein is able to take locations as varied as a New Orleans swamp, a nuclear-ravaged Manhattan and the skies above Los Angeles and somehow unify them with matching visual signatures like 20th century pulp and the excessive use of steel.

Also helping tie things together are the game’s posters, which litter almost every corner of New Colossus and play a big role in not only making each level feel like a lived-in place, but doing a lot of heavy lifting when it comes to environmental story-telling.

In Wolfenstein canon, the player has been in a coma for 15 years while the Nazis won the Second World War. That’s a lot of backstory to catch up on, and these posters do much of the talking. 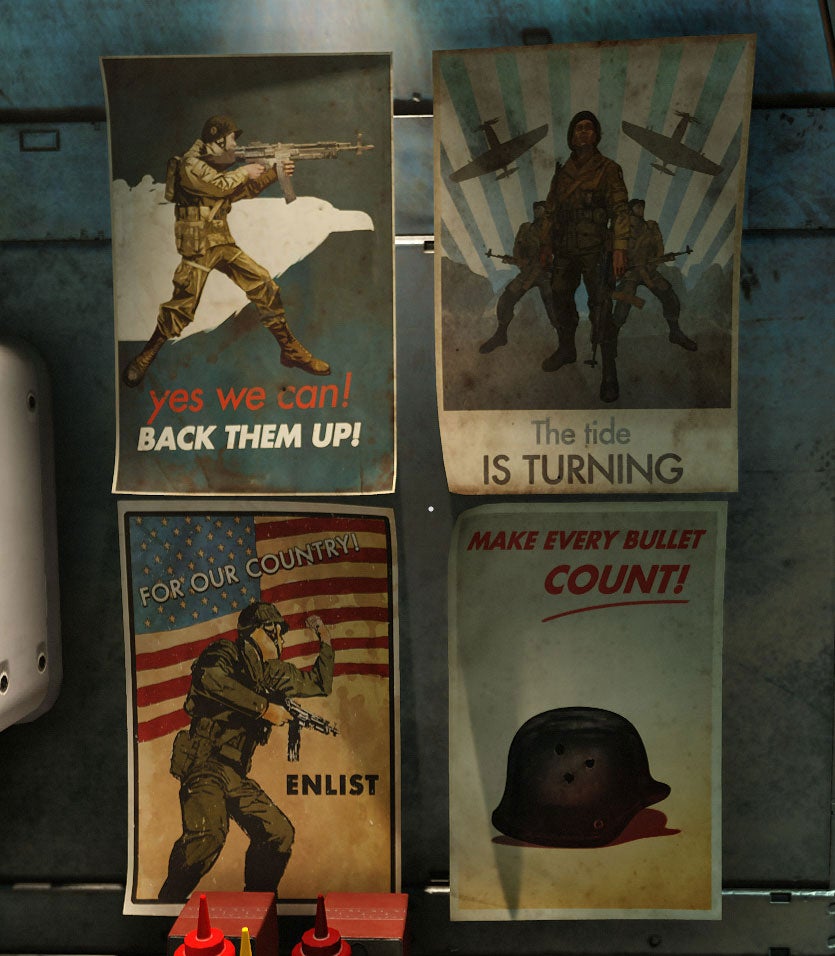 These vintage posters, from the 1940s (the game is set in the 1960s), can be seen in the dining hall of the resistance’s new home, a hijacked German super-submarine. 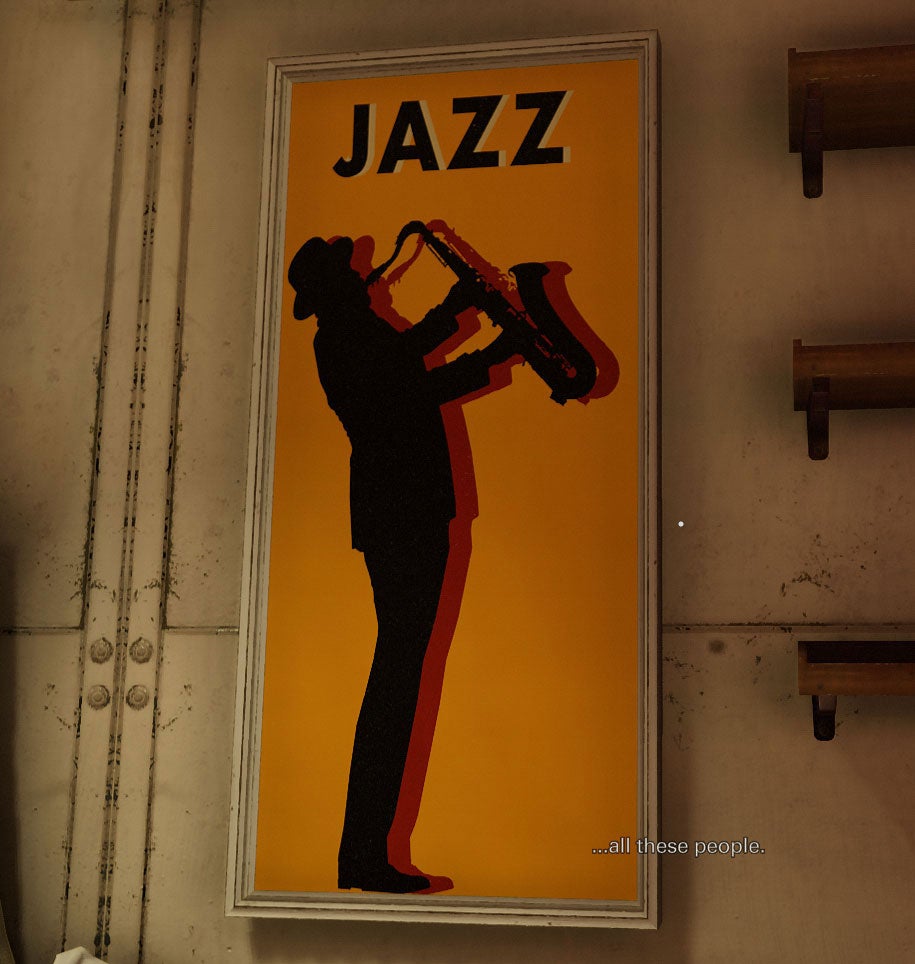 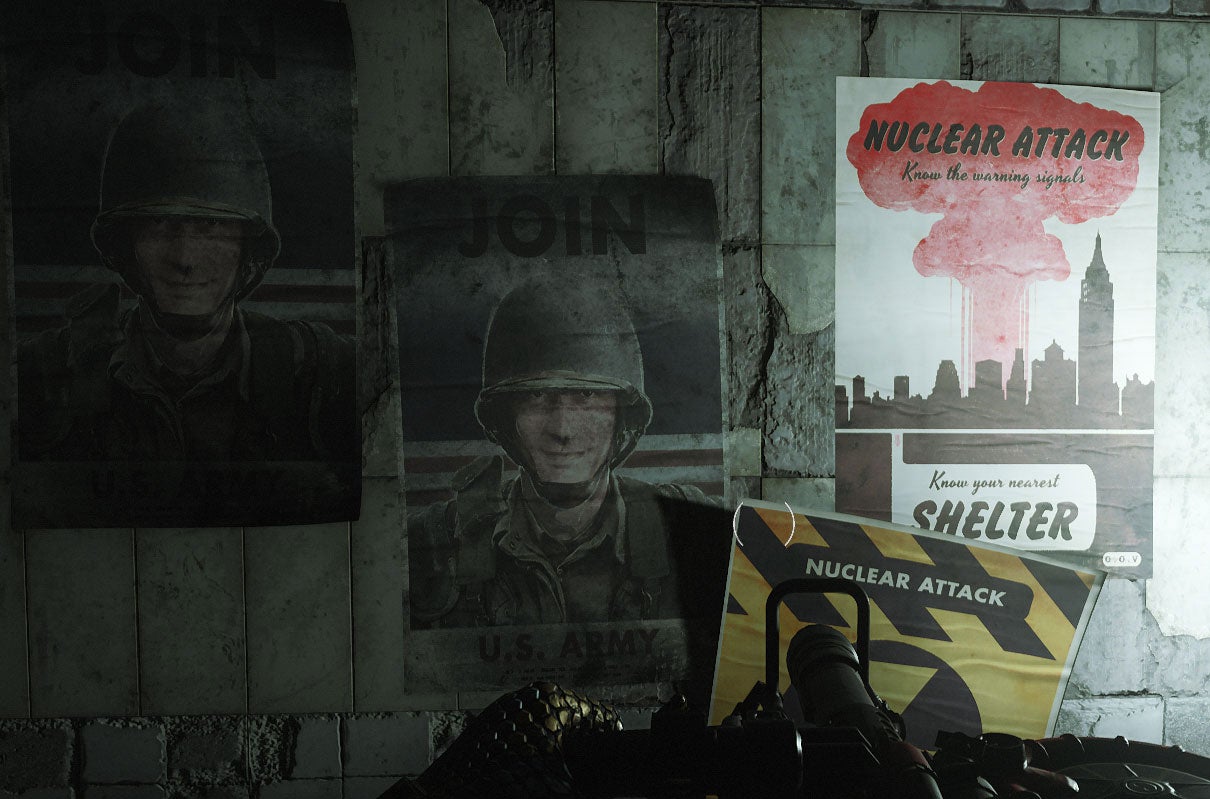 These old and faded posters can be found in Manhattan, warning its residents against nuclear attack. Which didn’t do them much good, since by the time you visit the city in the game it’s a radioactive wasteland. 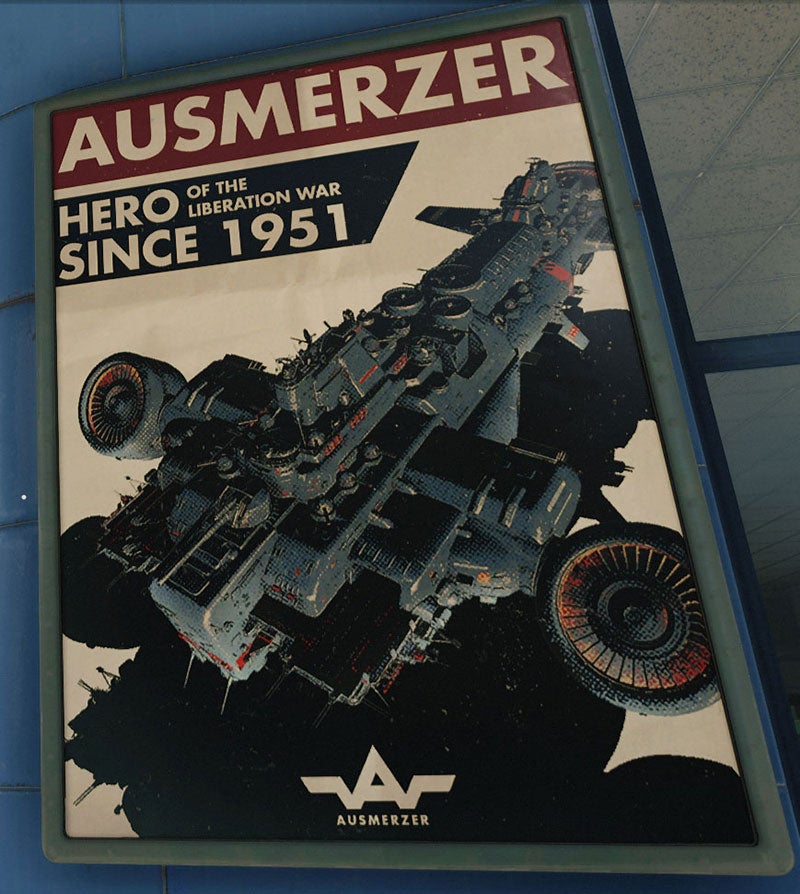 Note how the Ausmerzer has its own logo, a nice touch. 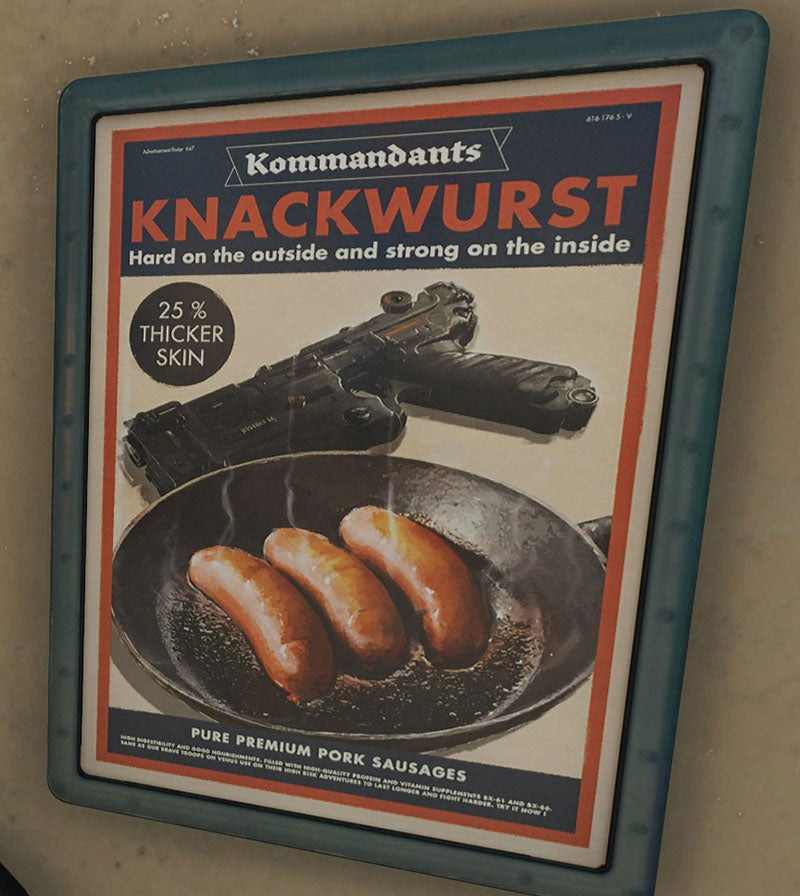 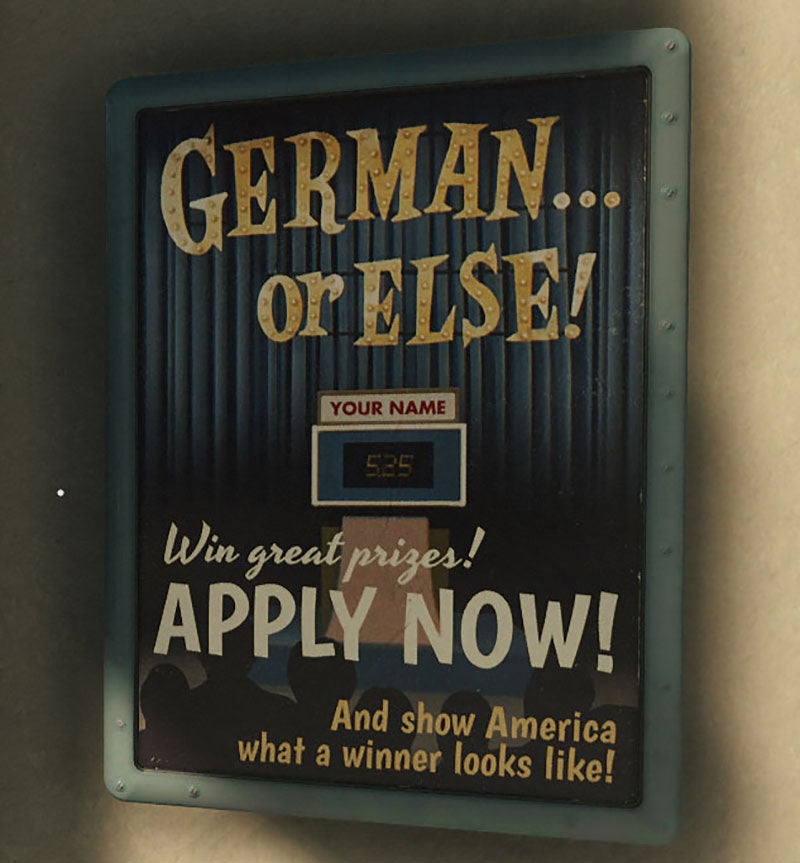 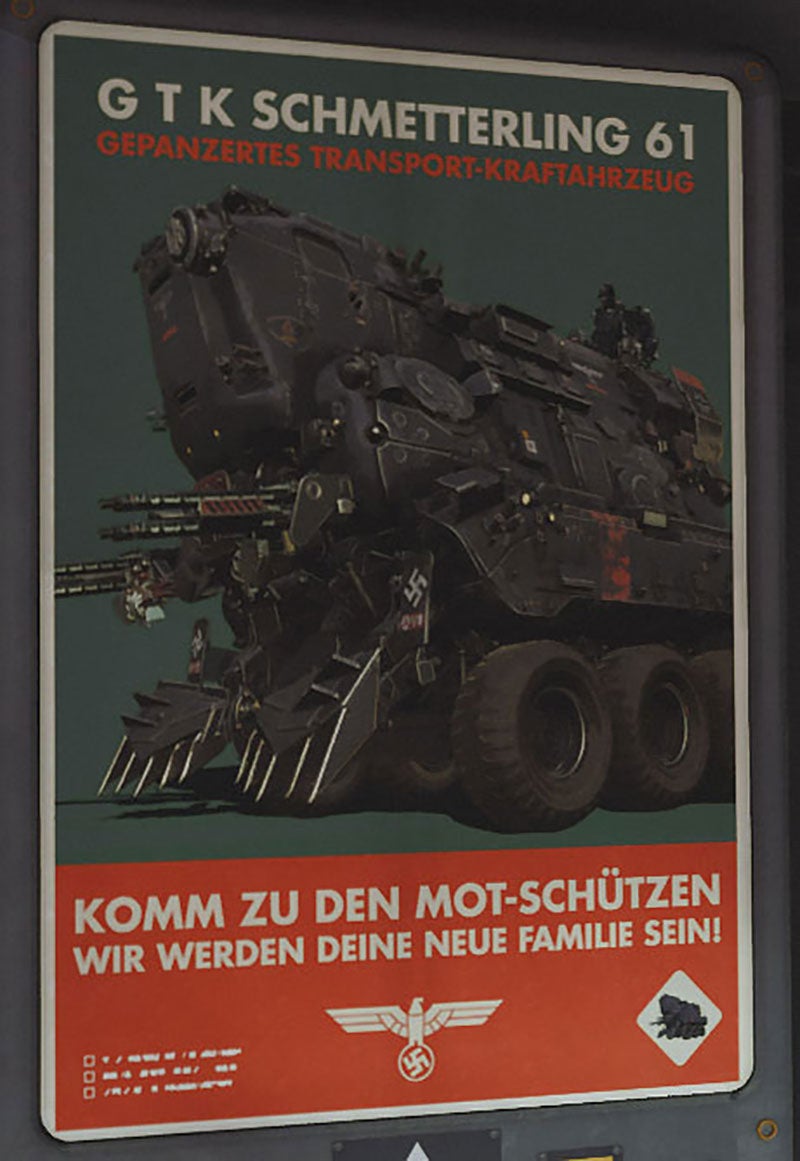 These giant tanks make an appearance a few times during the game, but you never actually get to fight (or drive) them. 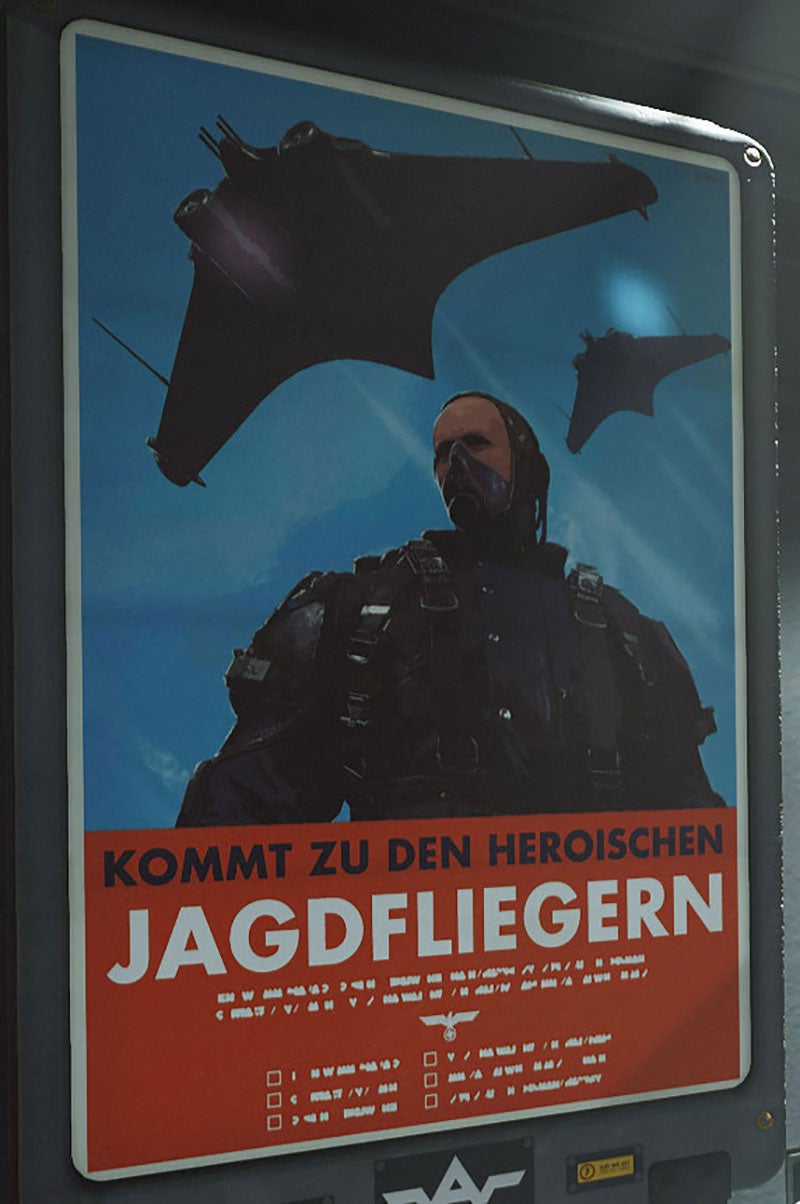 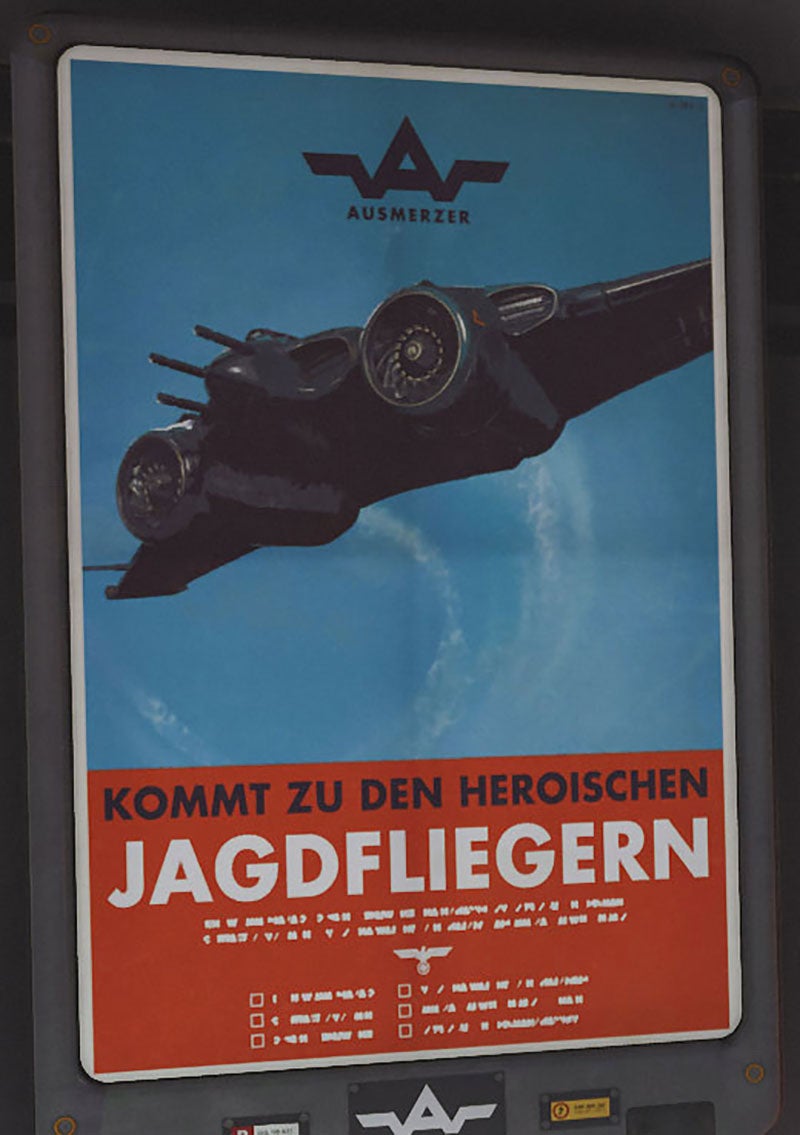 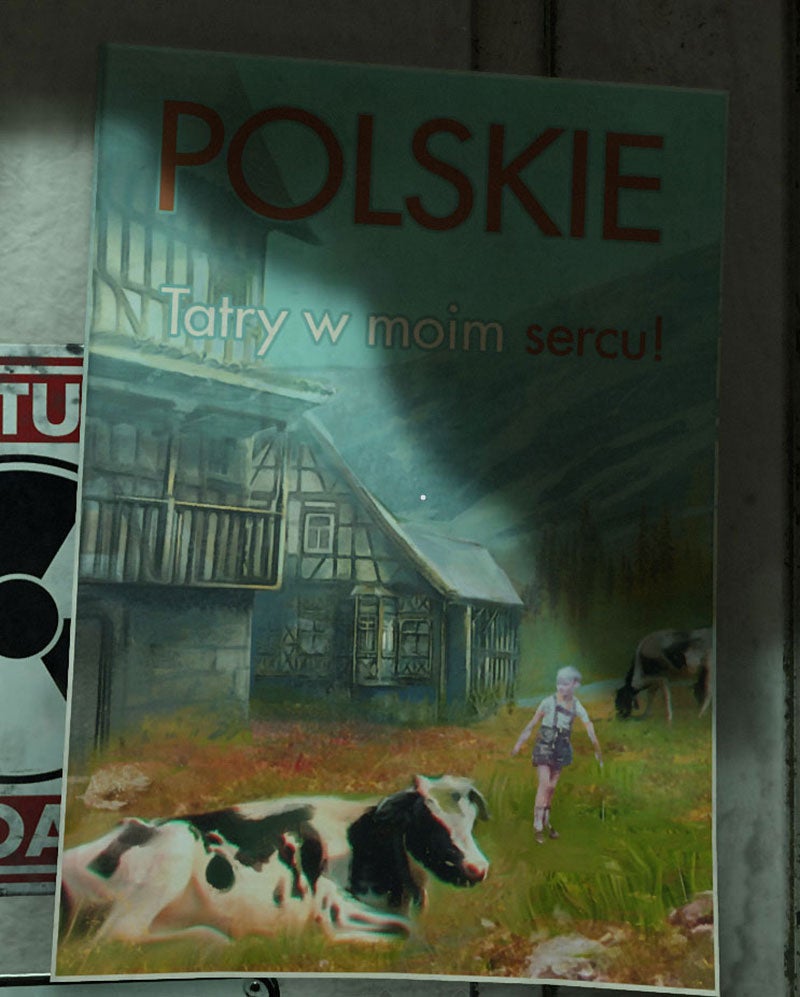 Another resistance poster, reminiscing about better times for Poland. 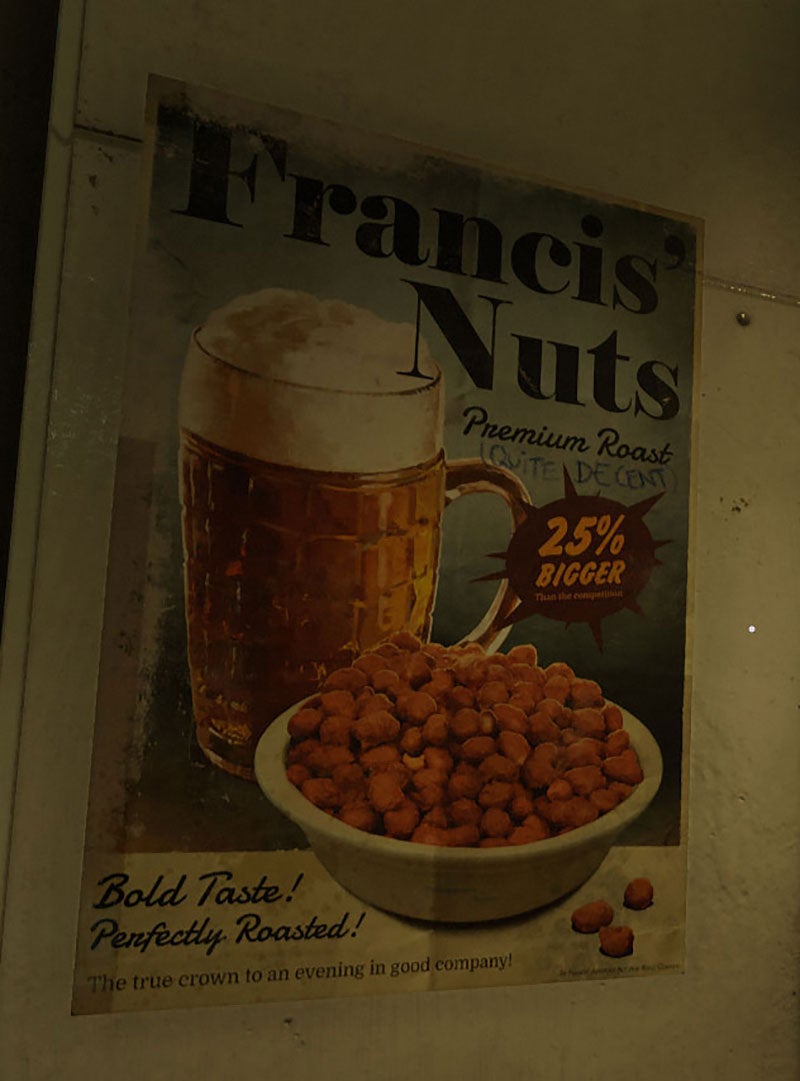 As those who have played the game will be aware of, Wolfenstein is not afraid to go hard on the dick jokes. 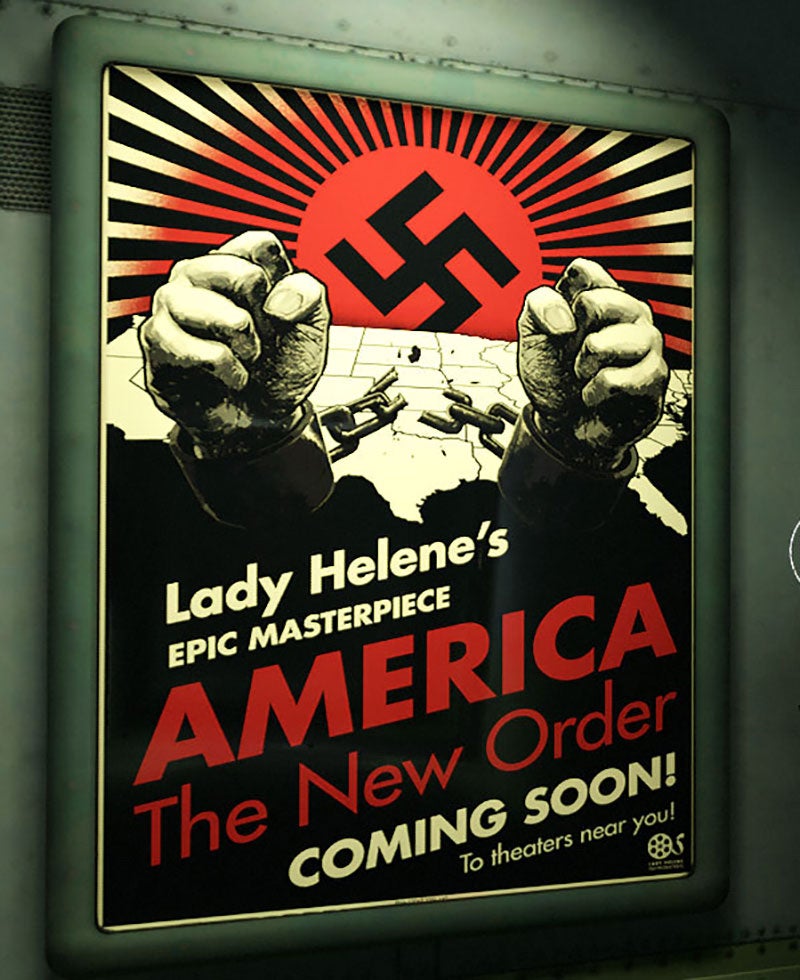 God this is cool. 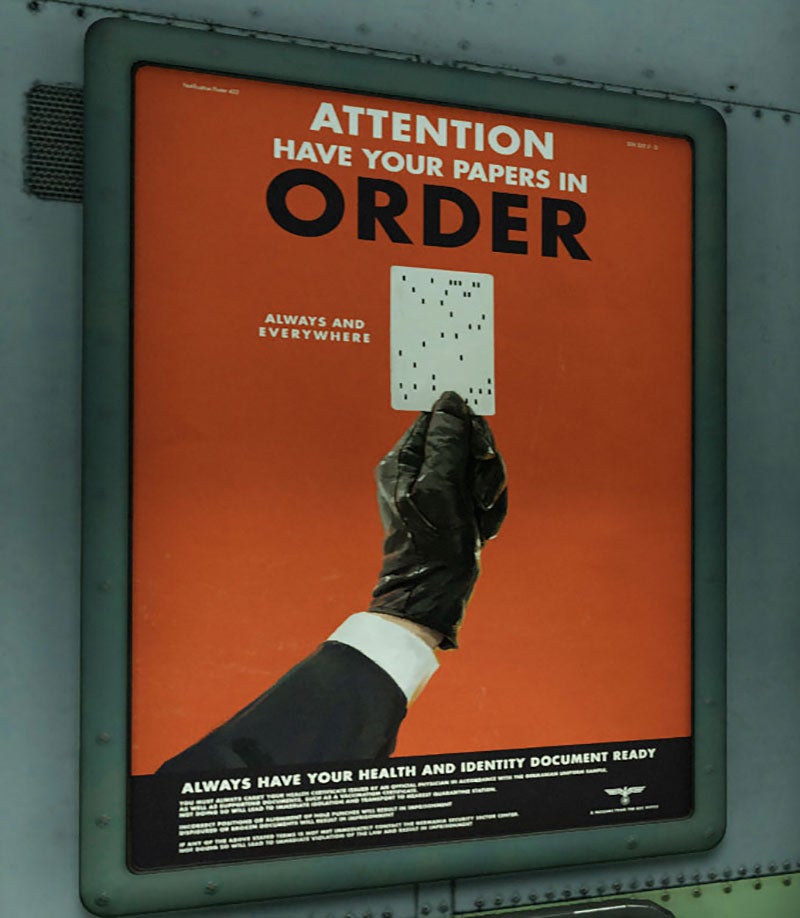 There are a few posters in the game, mostly informational like this one, that appear in both English and German. 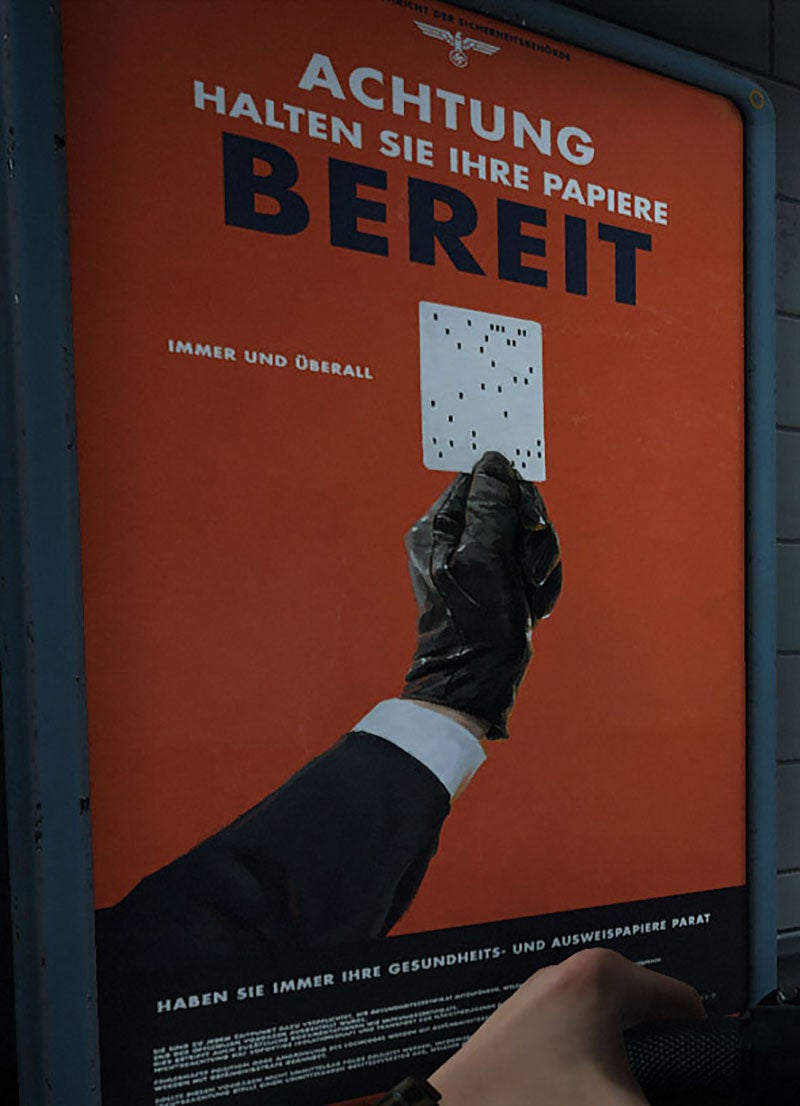 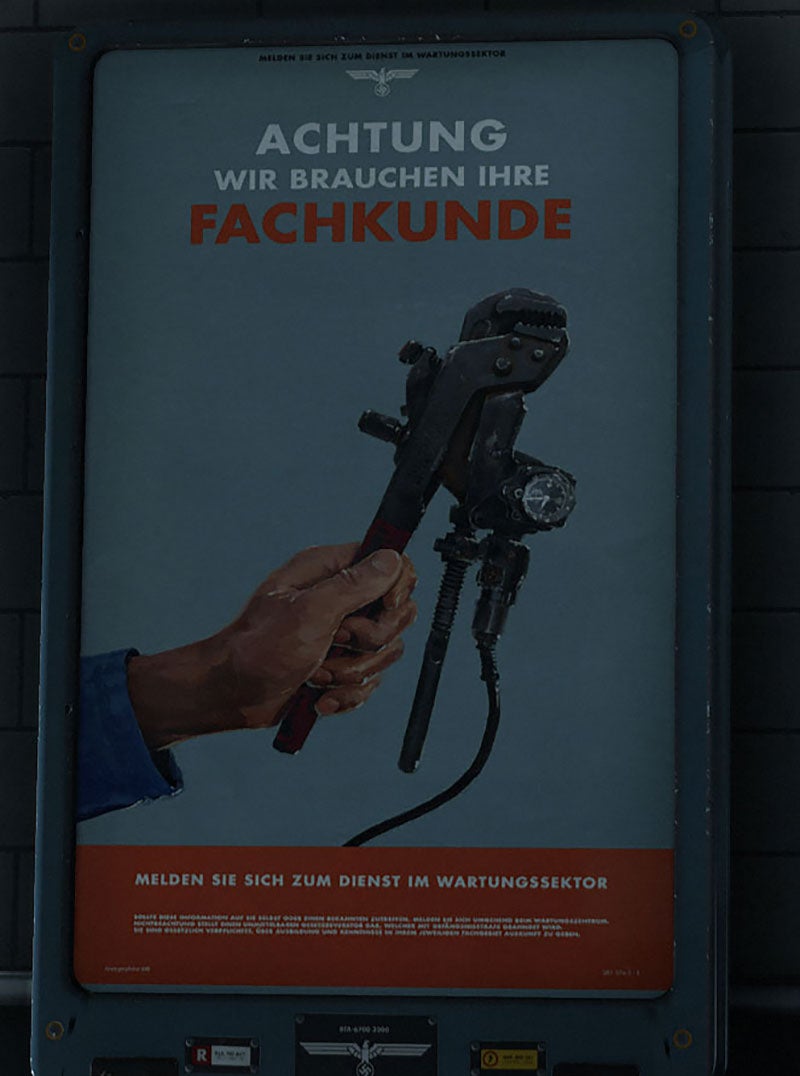 ATTENTION: WE NEED YOUR EXPERTISE. Looks like the Germans are short on skilled mechanics. 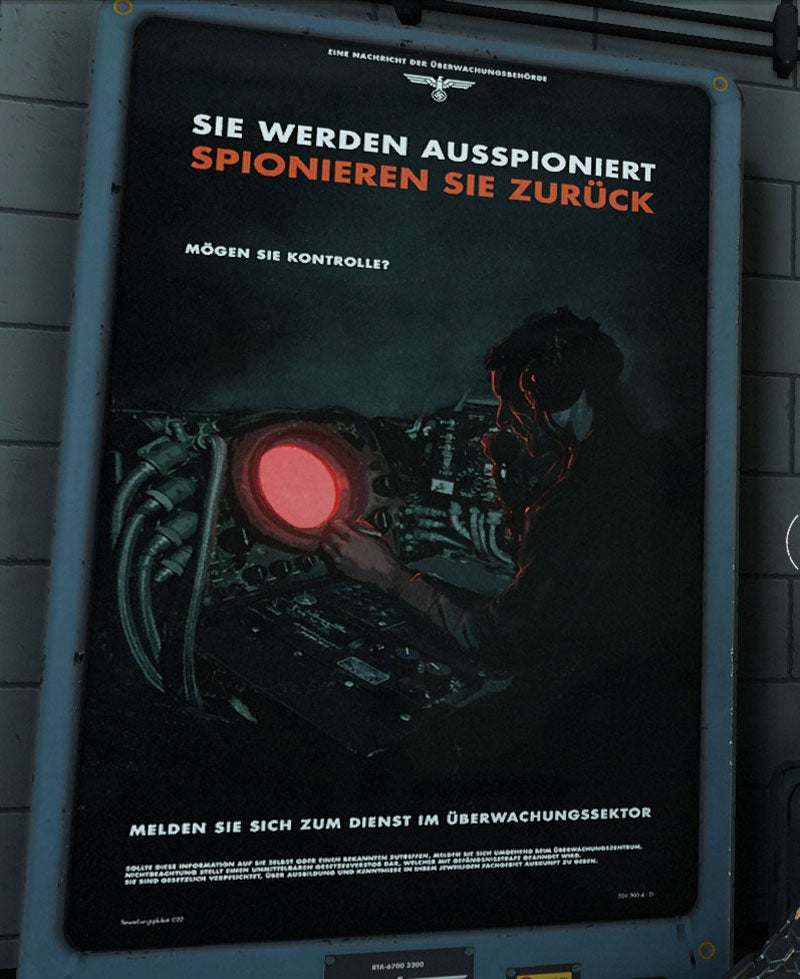 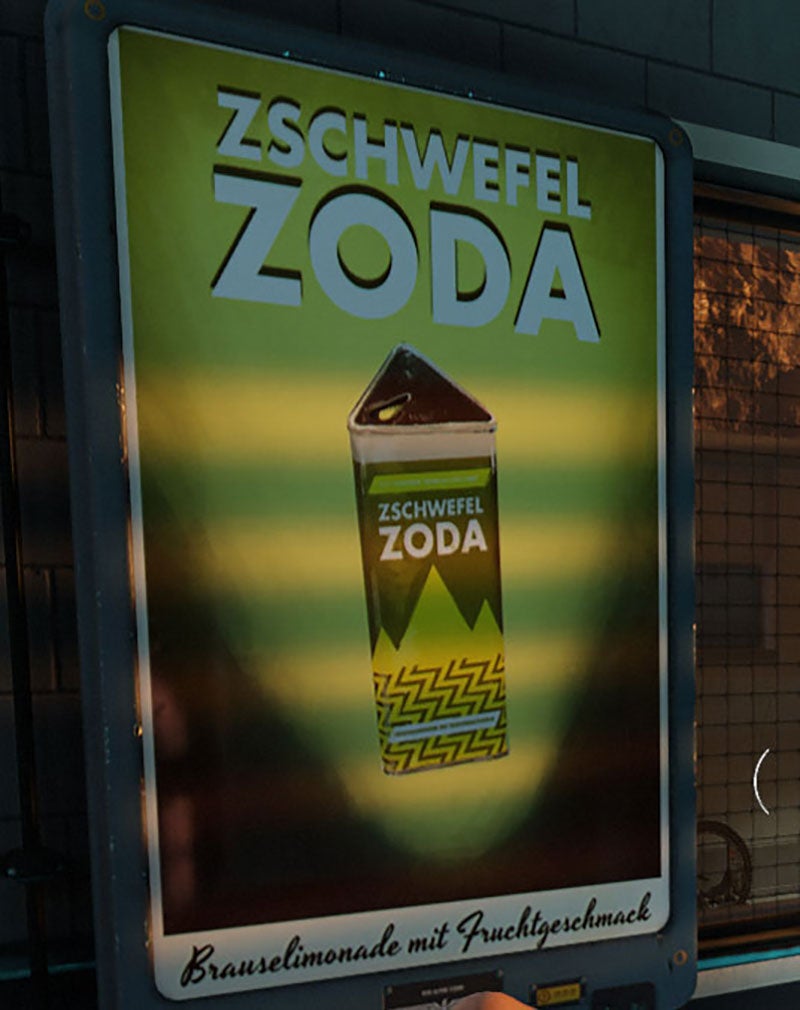 The fact Nazi soda cans are triangular, presumably so they can be stacked more tightly and thus be more economical when shipping and storing, makes sense. 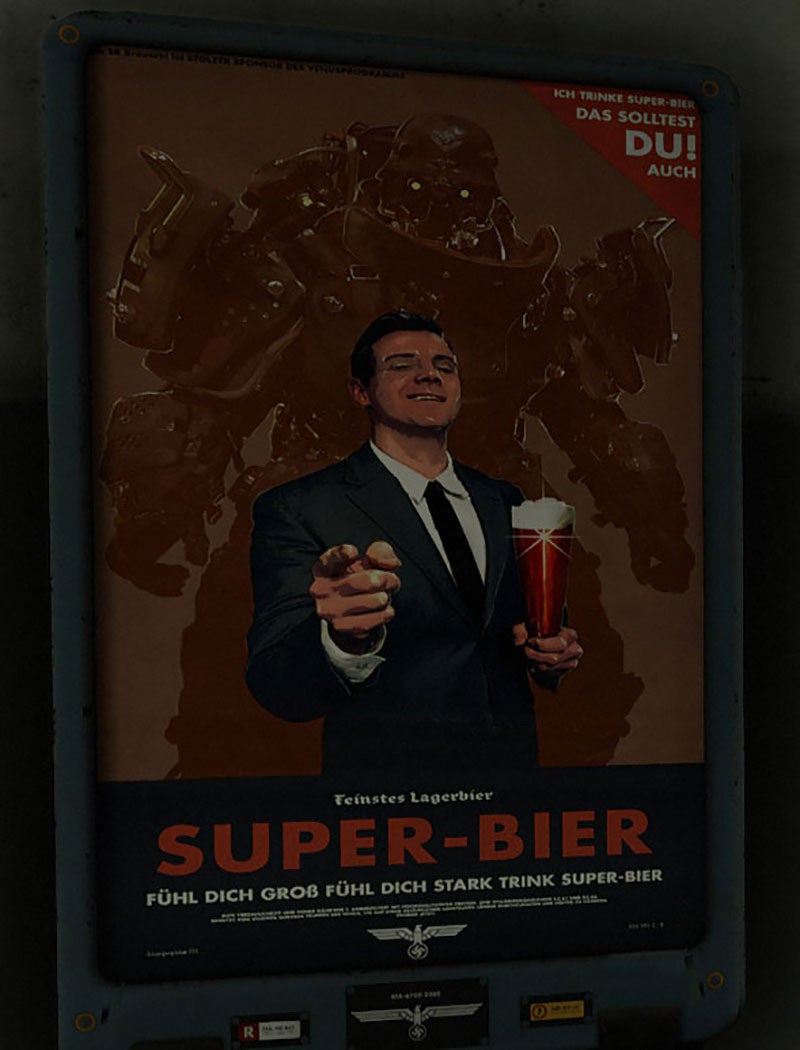 Coupla cold ones with the boys. And mechanised Nazi death troopers. 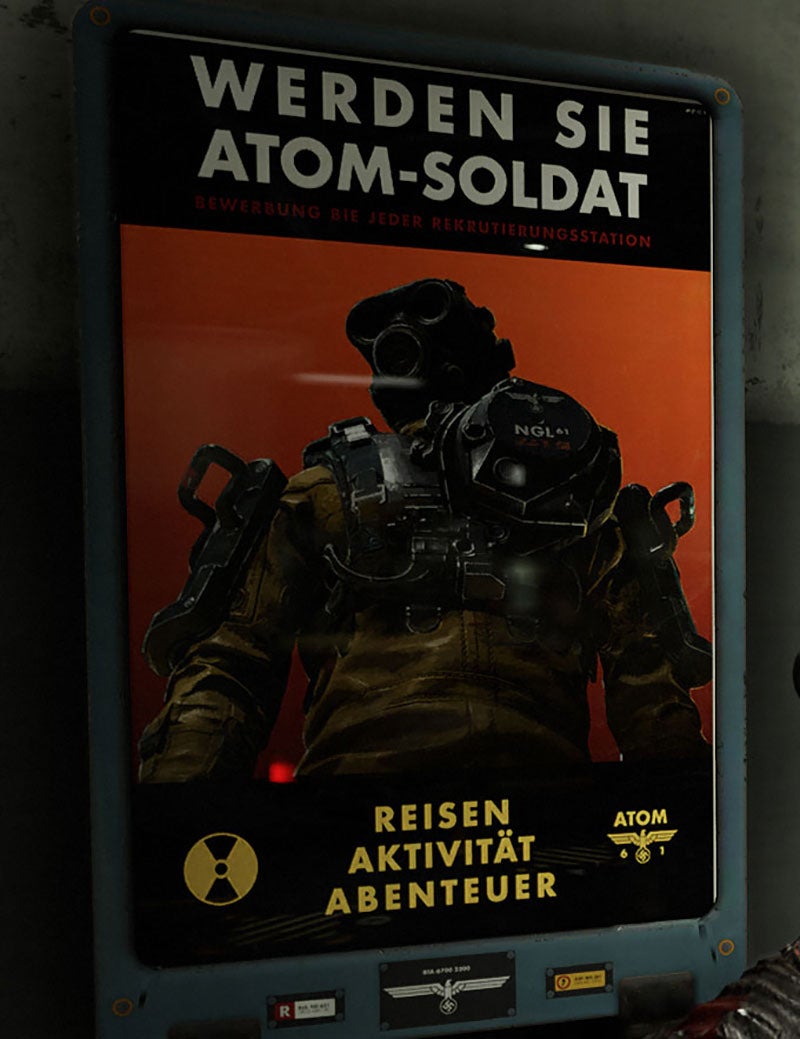 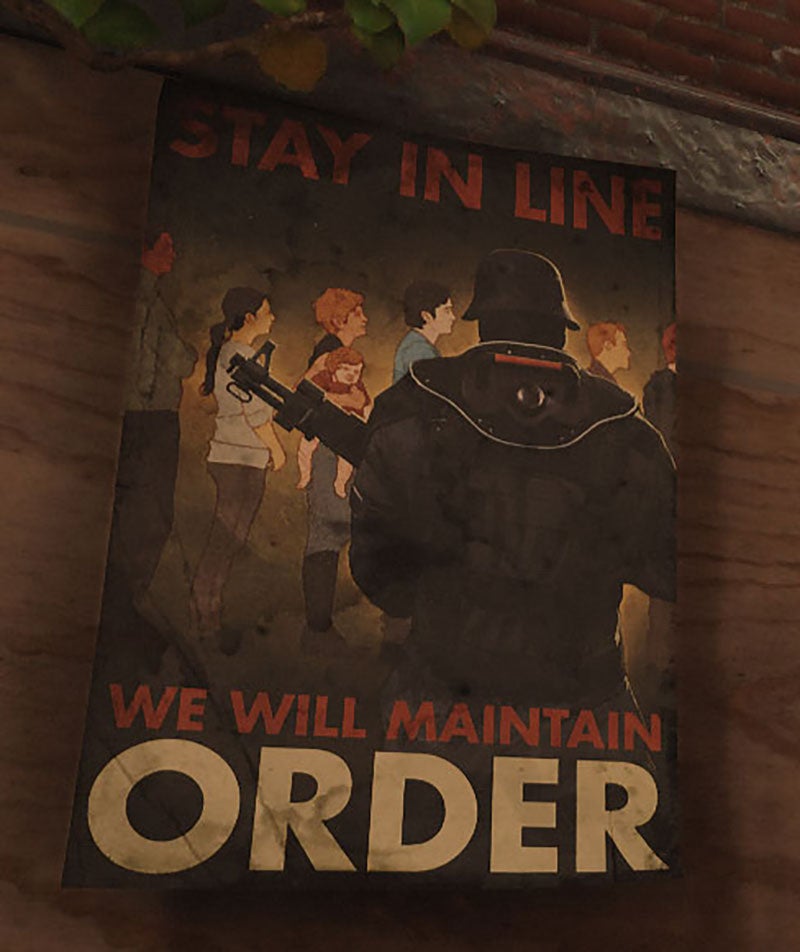 The New Orleans depicted in the game is not a cheery place. Really emphasised by the fact the propaganda isn’t even trying to put a spin on things. 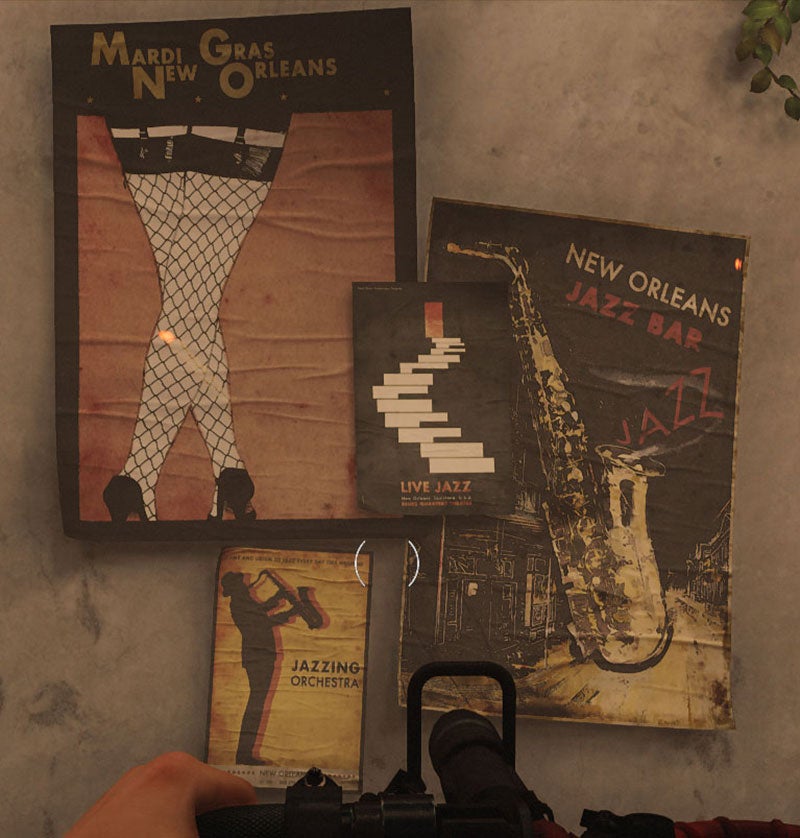 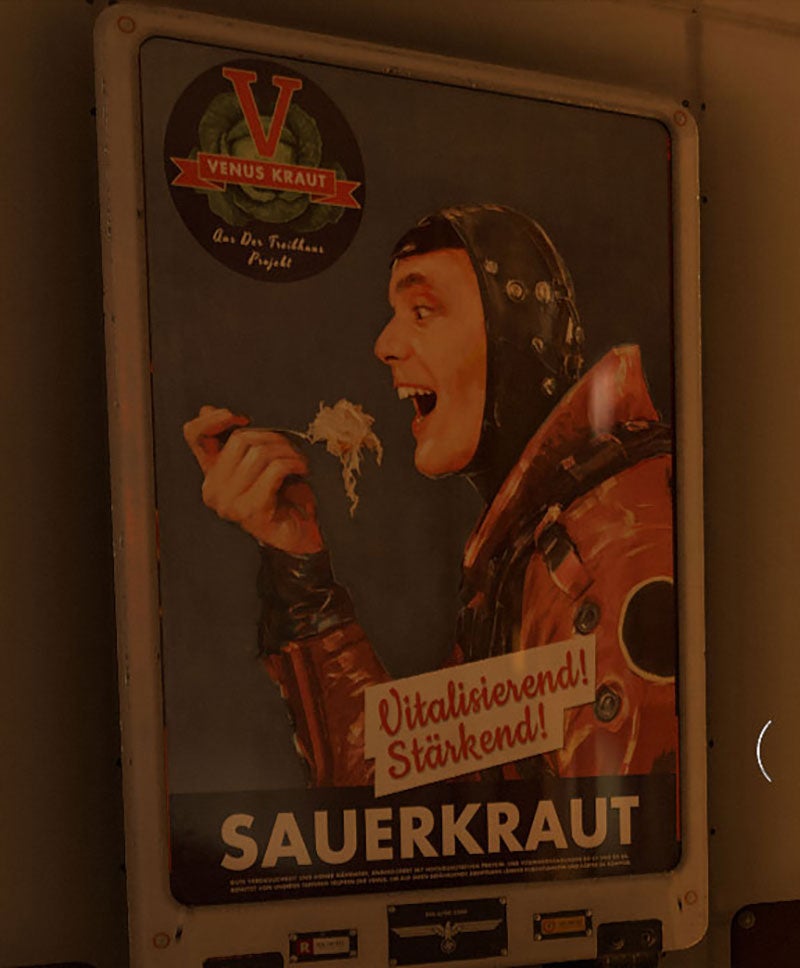 The game’s jump into space is, like the first game, a highlight when it comes to visuals. Here is some space sauerkraut. 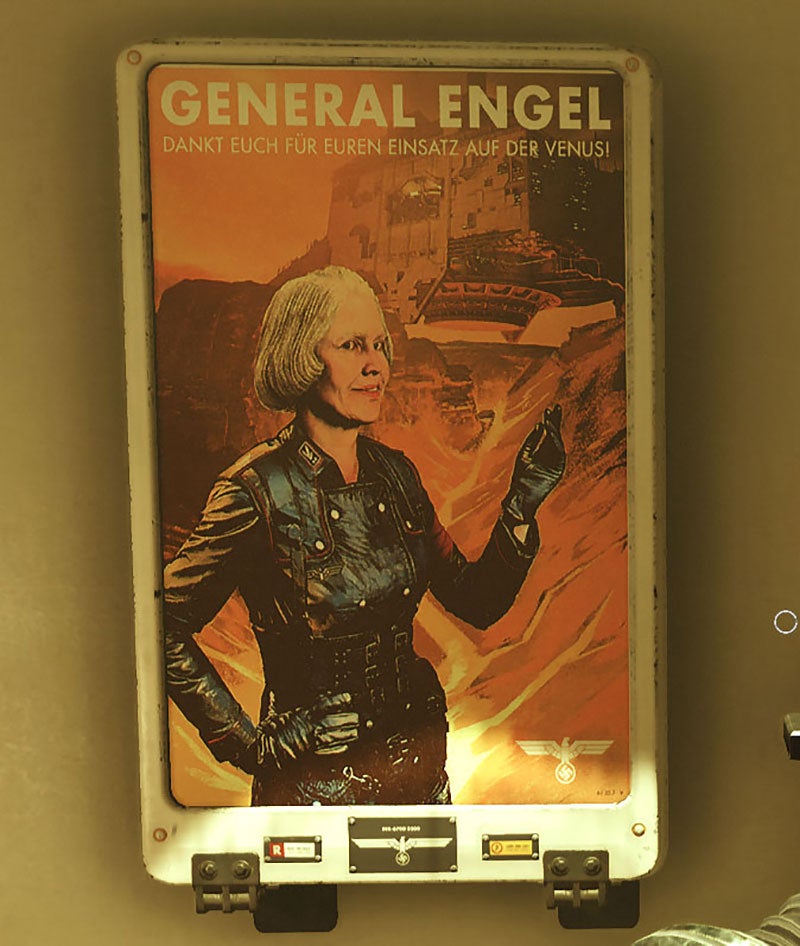 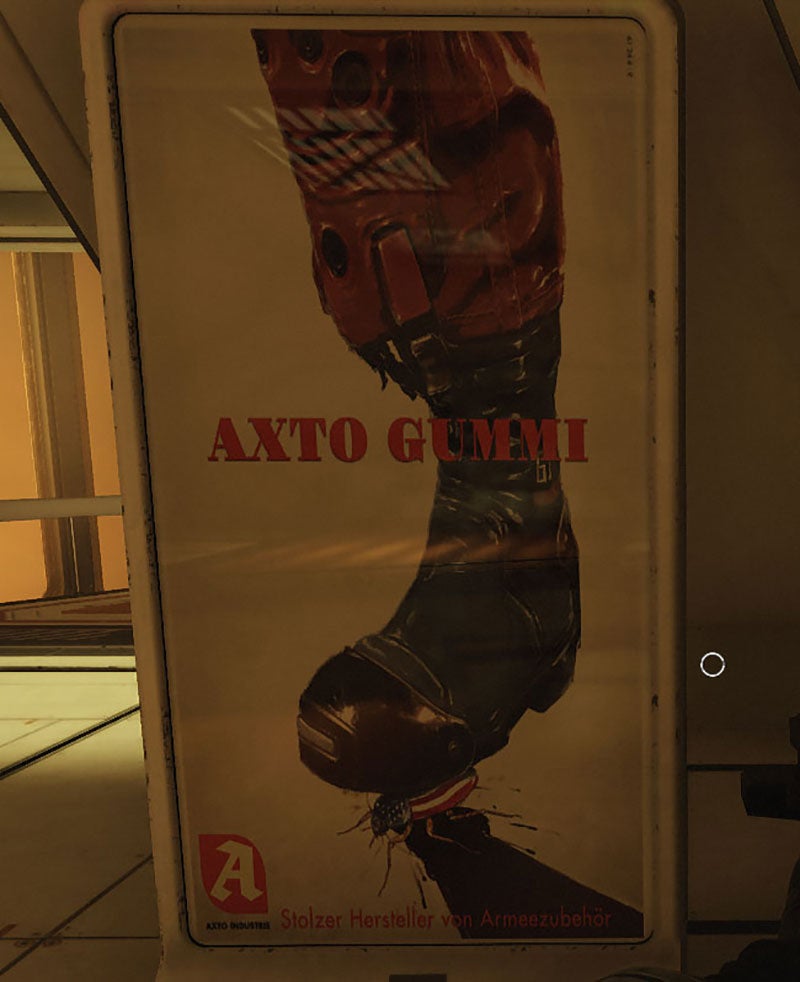 Not every poster in the game is propaganda. This is 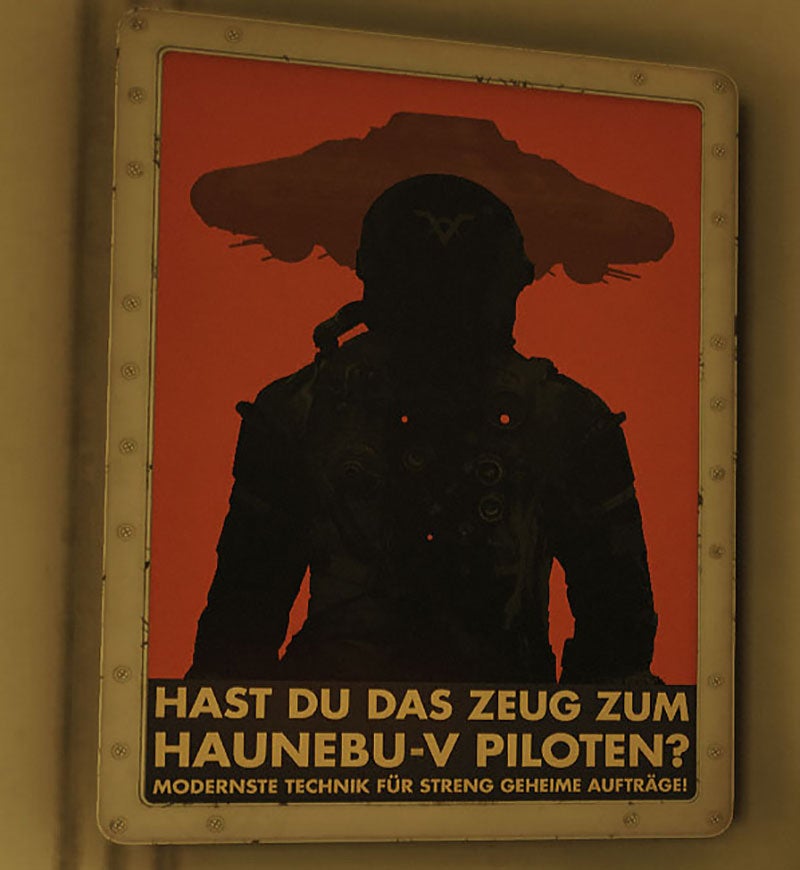 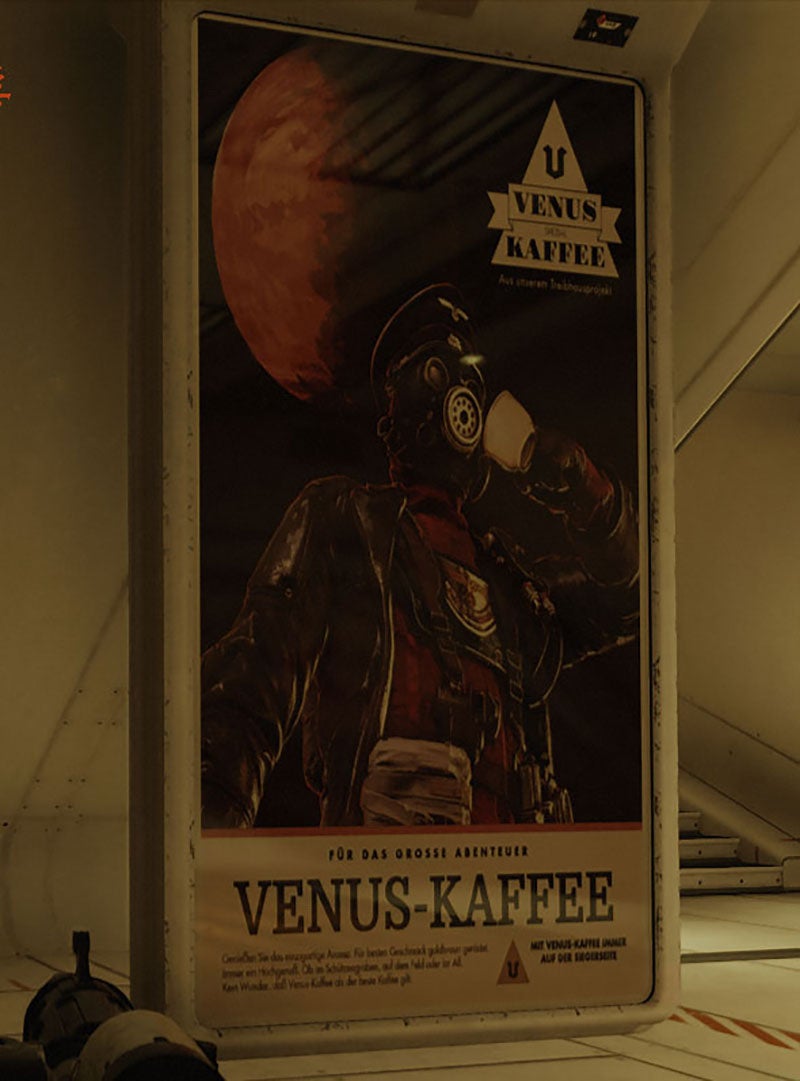 Venus coffee. I don’t know how he’s drinking it, but that logo makes me want some. 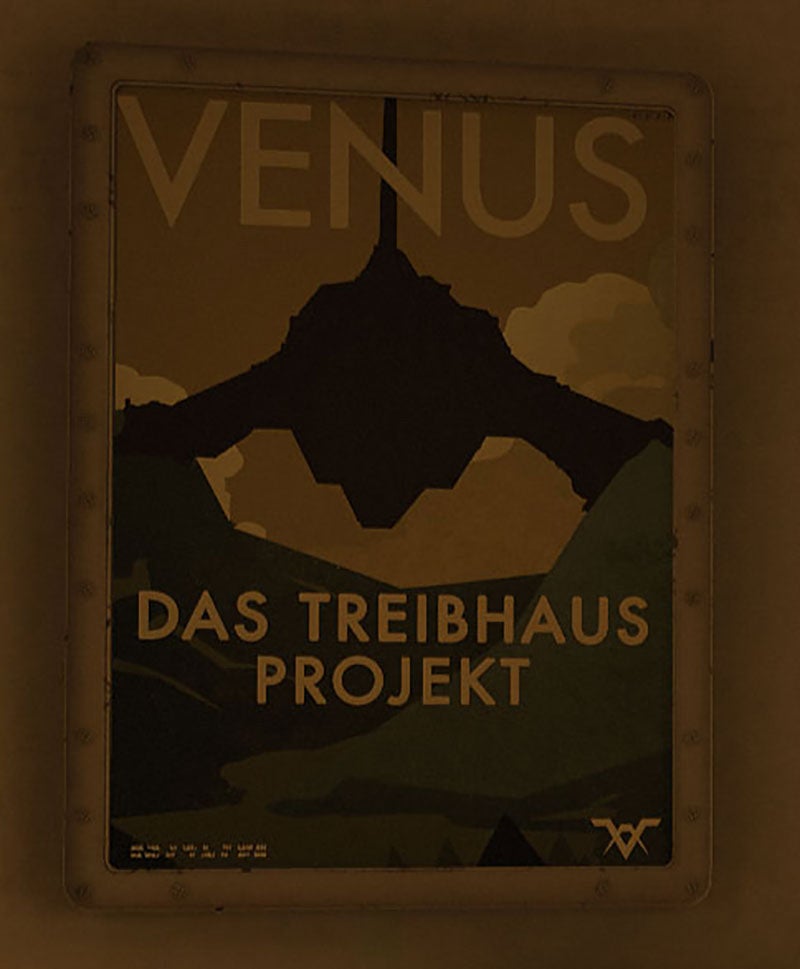 When the player visits Venus, it’s an inhospitable wasteland. Just as the Reich had 1000-year plans on Earth, though, they have the same timeframe in space, envisaging a terraforming project called “The Greenhouse Project”. 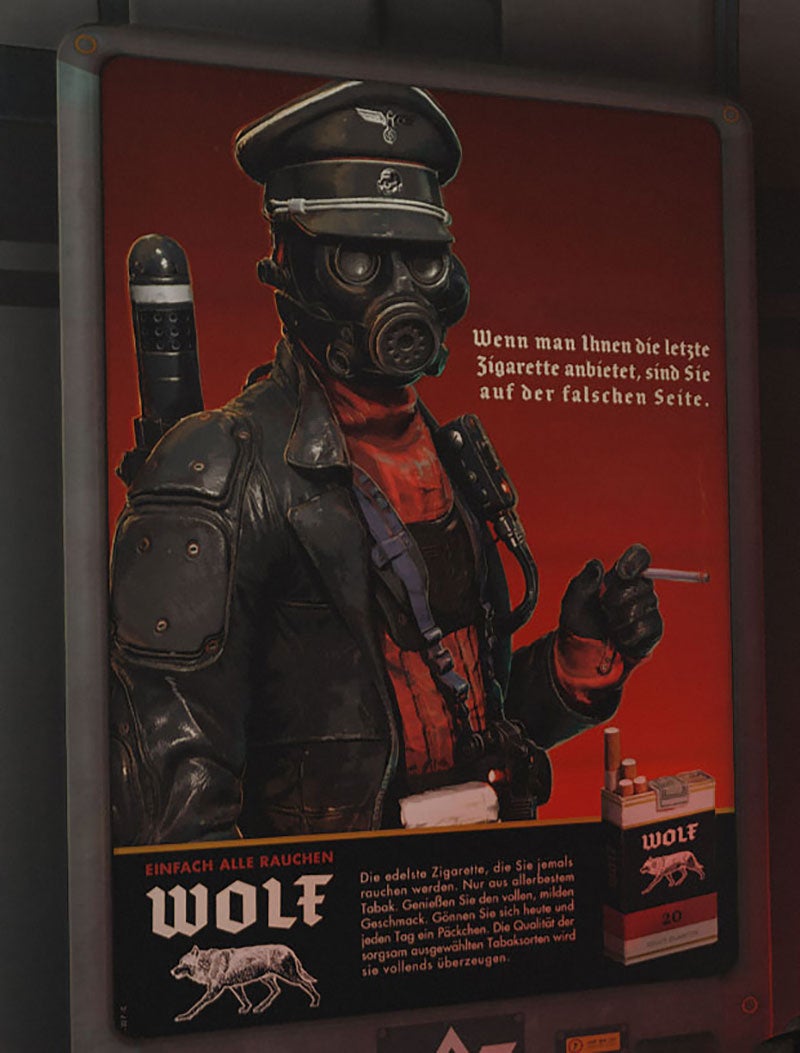 Another triumph of 1961 Nazi logo design. 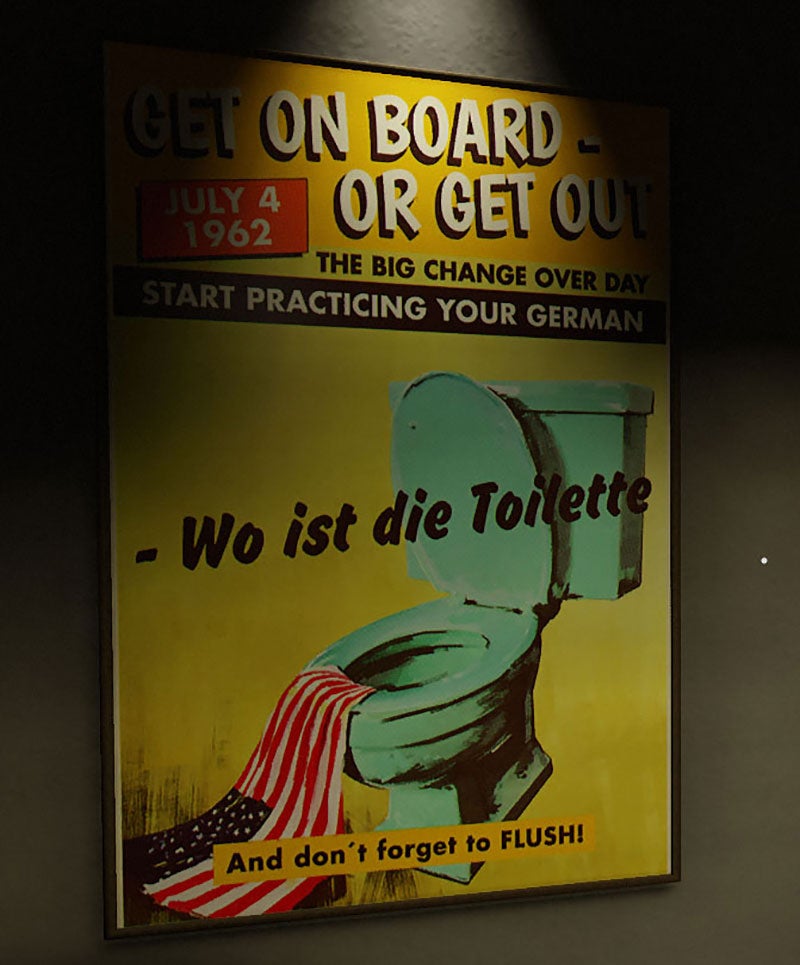 The day that Americans will be forbidden from speaking English and must speak German. Playing through the game reveals that…there is work to do. 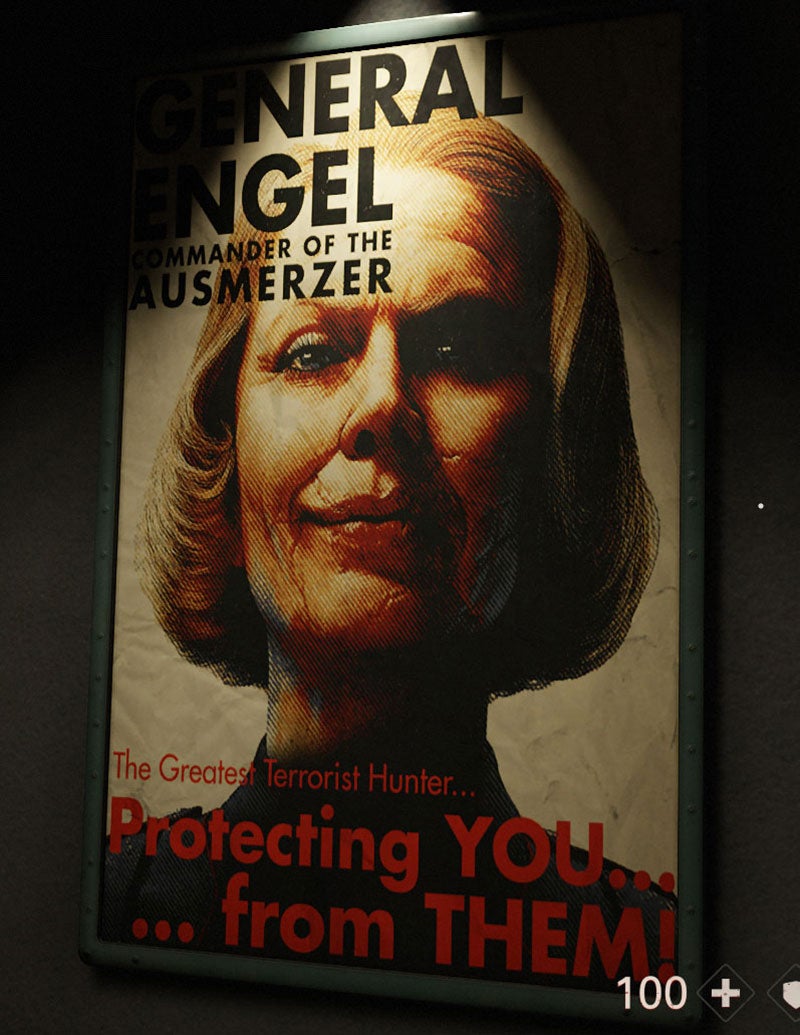 This is the last poster you see in the game. Fitting….