This week, the Switch is getting a port of Hidden My Game By Mum, the most surreal hidden object game you'll ever play.

Mum Hid My Game for Switch was known as Hidden My Game By Mum on phones. It's pretty simple. Your mum hid your Nintendo DS, and you need to solve some puzzles in order to find it.

By tapping on the screen to move things around or to pick up and use items, you can find where your mum has hidden your game. If your mum sees you looking for it, it's game over. 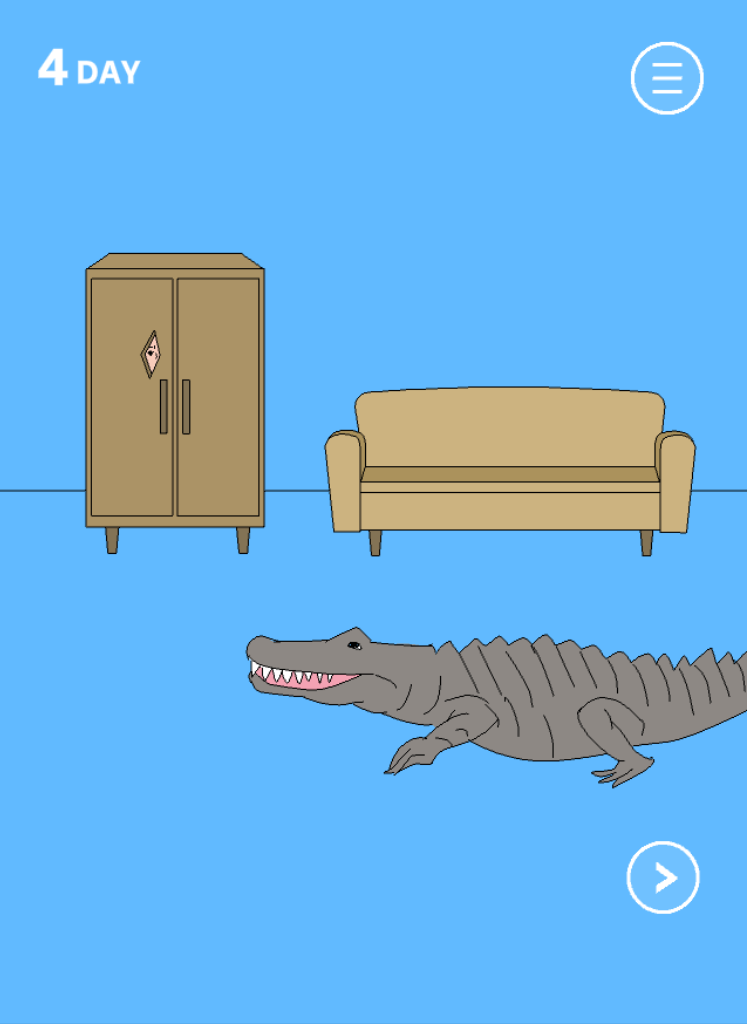 This simplicity gives way to something hella weird. On the fourth stage, your Nintendo DS is hidden inside an alligator's mouth, but you can't grab the game by tapping on the alligator.

On my first stab at figuring out the solution to this puzzle, I was caught by my disapproving mum hiding in the closet it. I mean, I kind of get it. If there was an alligator loose in my house I'd be hiding too.

In another stage you have to dodge motorcyclists and and on another you knock over a human pyramid to get your game. Once, I got caught by mum because I fried a fish on a barbecue that was sitting on the ground. Despite being surreal, the solutions to the game's puzzles don't feel unfair.

At one point I grabbed a wallet and was arrested by the cops, presumably for stealing. I didn't feel cheated — I just laughed. In order to find your game, you just have to understand the Hidden My Game By Mum's sense of humour.

Although Hidden My Game By Mum is free on iOS and Android, I feel like it's worth picking it up for the Switch, at least in order to play it without ads. This release will also add some new levels, which will be fun for people who've already played. You can grab it on Switch on December 21st.