By The Time You Read This, Bitcoin Will Have A Wildly Different Price 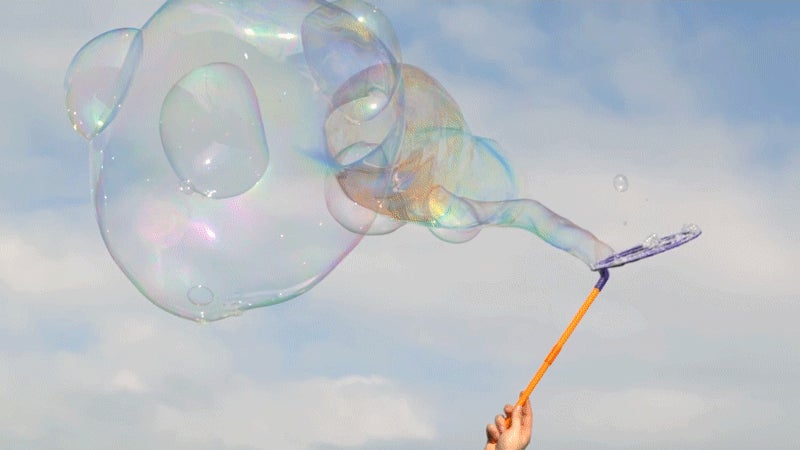 We're hitting a sort of news singularity with Bitcoin at this point. The rush to report price changes can't keep pace with the reality. In 24 short hours, its trading price has gone from around $US12,000 ($15,909) to $US16,000 ($21,212). Now the biggest question is: How long is it going to be before these investors are putting us all at risk?

As I write this post, Coinbase values a single bitcoin at $US16,949.94 ($22,471), and by the time you read it, the price could blow past a million or drop to nothing. In January, you could've picked one up for $US780 ($1,034). All year, we've seen the price of cryptocurrencies yo-yo based on news of tighter regulations, hacks, digital kittens, and many other factors. Each new twist in the Bitcoin yarn causes a momentary kink before the price spirals up and up again.

On Monday, the SEC's cyberunit initiated its first fraud case against an initial coin offering. We know that fraud is rampant in the ICO world, and we know that Bitcoin enthusiasts respond to the SEC the way a vampire reacts to garlic. But it hasn't mattered. Reports that hackers have stolen $US60 ($80) million from NiceHash Bitcoin wallets on Thursday were greeted with a shrug. We're just used to hackers raiding millions now. A new alt-coin called IOTA announced a partnership with Microsoft last week, and it's quickly become the fourth biggest cryptocurrency, according to CoinMarketCap. It now appears that the partnership with Microsoft announcement was just based on a Microsoft employee congratulating IOTA for joining its Azure platform for development, rather than any sort of implied endorsement from the software giant. But IOTA is still the number four cryptocurrency.

News that investors will not be able to ignore is the launch of Bitcoin futures. Cboe and CME are ready to give the average Joe a chance to bet against Bitcoin without having to buy any of it, starting December 10th and 17th, respectively. That looming launch could explain Thursday's incredible explosion of activity. Maybe people just genuinely feel that futures are going to be a healthy development for the future of Bitcoin. Bloomberg has argued that futures might help stabilise the runaway Bitcoin prices. Unfortunately, in the short term, it's possible that big time Bitcoin players are pumping the price before betting against it and dumping their holdings. That could work out fine in the long run, or it could make fair-weather investors walk away. And we don't know how many novices are out there.

The cruel twist to all of this is that we seem to be heading for exactly the opposite outcome that Bitcoin's pseudonymous creator, Satoshi Nakamoto, intended when they first wrote the white paper. Nakamoto and his collaborators hoped to build a peer-to-peer cash system that could be used to avoid the kind of financial collapse that occurred in 2008. The fact that the traditional bank, markets, and world governments are getting wrapped up in cryptocurrencies raises a lot of concern that Bitcoin investors who knew the risks won't be the only ones to go down when the bubble bursts. Your grandmother doesn't have to be able to use a computer to have her pension wiped out if the financial jackals get too carried away.

An industry group that counts all of Wall Street's major banks sent a letter to the Commodity Futures Trading Commission last week urging regulators to reconsider the allowance of Bitcoin futures trading. The letter insisted the quick approval process "did not allow for proper public transparency and input." That's certainly not to say that Wall Street banks are trying to do something good. If there's money to be made down the line, you'll see every one of these banks show that they're more than willing to let investors take on an insane amount of risk, just like they did with real estate in 2008.

"Irrational exuberance" is the phrase being thrown around right now by a lot of people. It dates back to Alan Greenspan's warnings about the incoming dot-com bubble in 1996. At the time the bubble burst, $US1.755 trillion in value was wiped from internet stocks. Fred Wilson, co-founder of Union Square Ventures, survived the dot-com bubble and made a lot of money in tech. These days, his firm is one of the biggest investors in Coinbase, a popular bitcoin exchange. Wilson is a respected, no-nonsense kind of guy who's bullish on cryptocurrencies. He'll probably end up making money no matter what. And his reflections on the dot-com bubble are worth keeping in mind. "A friend of mine has a great line," he once said. "'Nothing important has ever been built without irrational exuberance.'" His point is that a lot of money was lost, and a lot of people were hurt when the bubble burst, but the bubble also invested in the infrastructure that allows us to enjoy the internet today. On Tuesday, Greenspan told CNBC that Bitcoin is "not a rational currency" — and he didn't mean it solely as criticism. He seemed to hint at the same notion that Wilson was getting at: This is all just capitalism doing its thing.

Wilson's outlook might prove cryptocurrency enthusiasts to be right. We could be laying the groundwork for the blockchain future, and it's going to be messy along the way. If the history of capitalism is any indication, a few people are going to get very rich off of this, and a lot of people will suffer. There are currently an estimated 200 Bitcoin billionaires at the moment. That's 200 more people that have the potential to hoard the world's wealth. And when a reckoning comes, they will still end up being rich.

Analysts are steadily beating the drum that a financial crisis is on its way. They go in cycles and we're due for one. Right now, the world of finance is riding a big high, and setbacks are called "wobbles." The consumer bureau that was set up to protect help prevent another crash is now run by a guy working to destroy it. Regulations help prevent wobbles from becoming crashes, and the White House is doing its best to kill as many of them as possible. Throwing Bitcoin into this environment seems like a bad move. I'd warn you not to invest in cryptocurrency because you'll probably get screwed. But, unfortunately, you might get screwed by it anyway.