Drama Around Milwaukee's Pokemon GO Ordinance Ends In $US83,000 Settlement 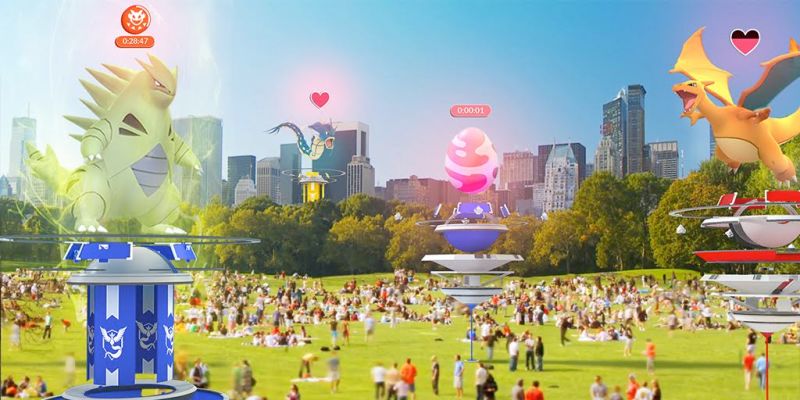 A lawsuit against Milwaukee County for its ordinance requiring the creators of augmented reality games like Pokemon GO to get permits to operate in its parks will conclude with an $US83,000 ($109,053) settlement against the municipality.

This all started after Pokemon GO players trashed Lake Park last year. In response the county got Niantic to remove PokeStops from it and passed an ordinance requiring augmented reality companies to get permits in order to operate virtually in its parks.

A different augmented reality company working on a poker game, Candy Lab Inc., decided to sue the county over the new rules.

While neighbours not wanting a bunch of enthusiastic but not always contentious mobile gamers causing a mess at their parks is an understandable concern, the way the county went about trying to deal with the issue wasn't very reasonable.

Political pressure to do something about the situation came to a head during a September 2016 public meeting where Pokémon Go players professed their love for the game while other residents proposed increasingly weird ways the county might deal with that fact.

The Milwaukee Record put together an exhaustive rundown of the proceedings at the time including soundbites and transcribed comments. "I ... want you to know ... are you ready for the national headlines about you guys trying to take ... CHILDREN and FAMILIES out of a PARK ... that is FULL OF PEOPLE who are LOVING THIS GAME," one sobbing boy apparently said at the time.

I'm the only one not playing Pokemon Go at Lake Park in Milwaukee today. pic.twitter.com/5urZt8qHJx

The ordinance that got passed included, among other things, a requirement that companies operating games in the designated areas get "certificates of insurance" in the amount of $US1,000,000 ($1,313,888) for any potential damages that might result. Even the judge overseeing the lawsuit was perplexed by the language in the ordinance.

US District Judge J.P. Stadtmueller issued a preliminary injunction against the county in July remarking on the "strangeness and lack of sophistication" of the new rules. Candy Labs argued that the permit requirement was ultimately an infringement on first amendment rights and the Federal Court agreed.

At the time, Milwaukee County Supervisor Sheldon Wasserman said she was looking forward to a trial date for the "groundbreaking case." It appears there won't ever be one, however.

The AP reported late this week that the county's representation and Candy Labs' had come to an agreement which would make the injunction against the ordinance permanent and also require the municipality to pay the video game company's legal fees.

Fortunately for residents, the money to pay the $US83,000 owed will come from its insurance rather than directly from taxpayer's wallets.

Though the county unanimously supported the settlement, it's still looking at new ways of dealing with the original issue. "It is essential that profit-making businesses cannot simply hijack our parks," said County Attorney Margaret Daun on Thursday according to the AP's report.

And while the US Federal Judge in the case argued that companies like Niantic weren't holding scheduled events like the ones local governments usually have a permitting process for, it's clear that large groups of people congregating together in specific areas is a feature of games like Pokémon Go, not a bug.