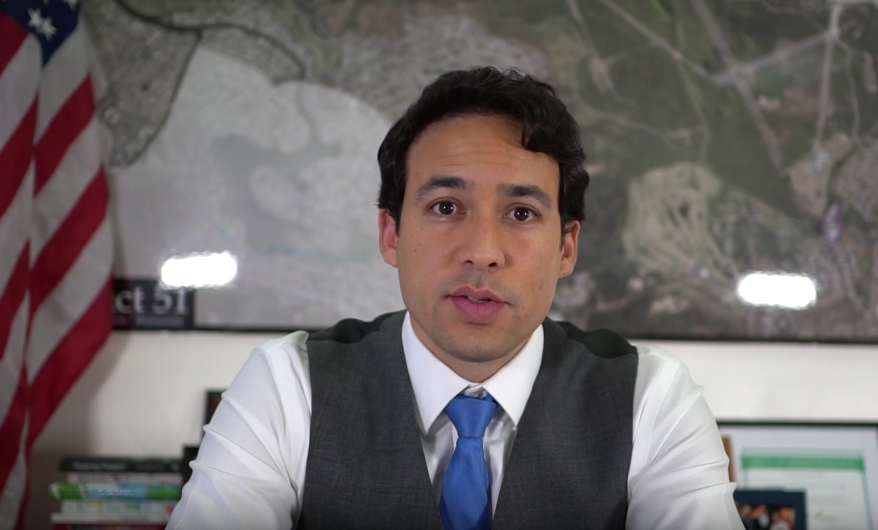 Imagine a 17-year-old gamer tossing a copy of the Teen-rated Star Wars Battlefront 2 onto his local GameStop's checkout counter, only to be asked: "Sir, may I see your ID?"

A Hawaii in which games with microtransactions are illegal for minors to purchase is one that state legislator Chris Lee is now hoping to realise. He says that prohibiting the sale of games with loot boxes is a "no-brainer", and along with a dozen other politicians, he says, he's thinking of how to put legal controls around video game microtransactions.

Lee, a member of the state House of Representatives who has also authored bills around climate change and gun control, says he downloaded Clash of Clans two years ago to pass time between meetings. In 2014, the freemium strategy mobile game generated a reported $US650,000 ($865,170) per day.

"There's no transparency at the outset of what they're getting into"

"At one point," Lee told me over the phone, "I started buying crystals. I ended up spending a few hundred dollars over the course of a few months." Once he realised what he'd done, Lee deleted the game. He felt that the game's microtransaction mechanics had snuck up on him without warning. And once he deleted Clash of Clans, he said, "there was no value left. It's just money that's gone."

Over the course of a few months, Lee had been hearing from local teachers about kids who struggled with the temptation to spend beyond their means in game microtransactions. Lee cited one conversation about a kid who, he heard, had stolen their parents' credit card to pay for their gaming habit. He says several families reached out about spending thousands of dollars on microtransactions.

"There's no transparency at the outset of what they're getting into," he said. "That's something I think is a real concern."

Now, Lee is working to prevent the sale of games containing loot boxes to gamers under 21 in Hawaii. He also wants games to disclose up-front whether they have "gambling-based mechanics" and to publicise the odds of winning various items in loot boxes.

In-game purchases have become more prevalent in recent years and, among a vocal faction of gamers, are viewed as a plague. Some of 2017's biggest titles, including Destiny 2, NBA 2K18, Assassin's Creed Origins and Middle-earth: Shadow of War, contain microtransactions that had players complaining that they were being preyed on by game companies.

In a recent YouTube video, Lee said that Battlefront 2 was an "online casino designed to lure kids into spending money".

Loot boxes that can be purchased for cash have proven particularly controversial. Players who might want a specific item often purchase several loot boxes in hopes of obtaining that item. Since the odds of receiving that item aren't disclosed, players might be tempted to buy and buy and buy. Recently, Kotaku interviewed a 19-year-old who had spent $17,000 on in-game microtransactions.

The question of whether purchasing loot boxes (or, generally, randomised loot mechanics) may constitute gambling is not clear-cut, and never has been. In the US, the legal definition of gambling involves staking something of value on the outcome of a contest, including the purchase of a chance to win a lottery, with the agreement that the person will "receive something of value in the event of a certain outcome".

At a casino, participants pay money to participate in a game in hopes of receiving their money back. The odds of winning are known. In a video game with loot boxes, players pay money in exchange for a loot box, which may contain an item they want. Players don't know the odds. And they aren't asking for a return on value. They just want to feel good.

In 2012, as loot-based mobile games started to catch on in Japan - called gacha after the sound of a capsule-toy machine - the government declared a certain type of loot box design, called "complete gacha", to be illegal under existing laws. Politicians in Victoria, Australia and Belgium have said that loot boxes constitute gambling, while the United Kingdom's Gambling Commission has said they do not.

In the US, it's sort of up in the air. A 1999 lawsuit claimed that opening Pokemon card packs counted as illegal gambling. The suit was dismissed. Last year, when game publisher Valve came under fire for empowering Counter-Strike: Global Offensive's underground skin-gambling industry, the Washington State Gambling Commission told Valve to get rid of it - but not to get rid of the randomised loot boxes that fuelled players' desire to gamble skins.

Lee thinks the answer is unambiguous. He wants to make sure kids under 21 can't purchase games with loot boxes for the same reason kids can't just walk into casinos. "Gambling has been illegal especially for minors and young adults because they are psychologically vulnerable," he told me, adding that kids "often don't have the cognitive maturity to make appropriate decisions when exposed to these kinds of exploitative mechanisms."

As the cost of making games has skyrocketed and the sticker price of console titles has remained at $80, publishers have looked for more ways to make money after that initial purchase. So now, a lot of companies like EA and Warner Bros. are thinking of games as "services", a new model that has players continually buying in. When I asked Lee whether he has sympathy for games studios who haemorrhage money during the development process, Lee pointed to EA's own statement to investors that the Star Wars Battlefront 2 controversy wouldn't have "a material impact" on future earnings.

"That's a decision on the industry's part that could be changed at any time," he said, adding, "I recall paying $75 [USD] for Mario Kart 64 when that was first out."

Another possible impediment to Lee's lawmaking initiative is the fact that, even if games were more transparent about whether they included microtransactions, a lot of games are constantly in flux. "Say you have a big title with no microtransactions, rated T for teen, sold everywhere right before Christmas," Lee said. "And then, on January 1st, EA puts out an update that includes loot boxes. Suddenly, what parents thought is safe for their kid is not - and they have no idea the change happened."

Lee isn't the only politician who has unsheathed his sword in the face of the microtransaction movement. He said that, since becoming vocal on the issue, he's heard from representatives from over a dozen other states, including California, Minnesota and Pennsylvania. Action on microtransactions, he said, is a nonpartisan issue that is "pretty much universally supported." In January, he'll be going into a legislative session. Changes he spearheads would only affect Hawaii, but he's hoping to set an example.

"As an elected official we have an obligation to protect public health and safety," he said. "In the same way gambling and drugs can be addictive - that's the same kind of chemical response in the brain that these kinds of predatory loot boxes are designed to elicit."