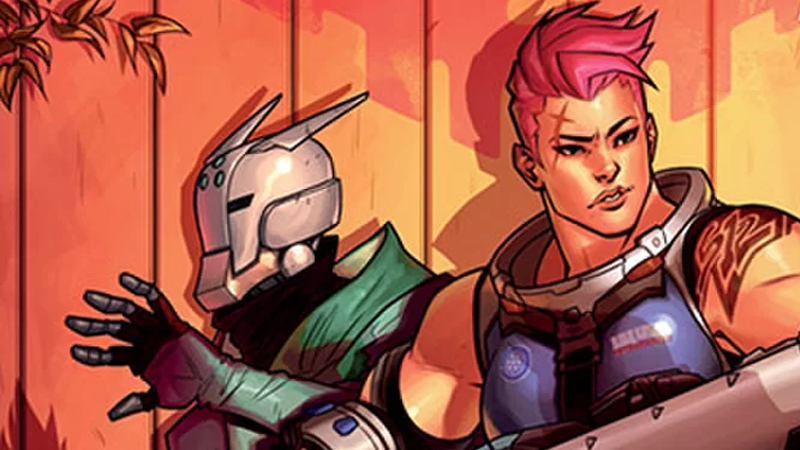 Free Comic Book Day might be five months away, but you can already start preparing for all the free comics you'll be able to read right now. Yesterday, we got the official announcement of the top tier of free books that will be available to celebrate comic book nerd Christmas in May.

The 12 "Gold Sponsor" books that make up the main set of free titles available during the event were announced by the Free Comic Book Day Selection Committee, ranging from free reprints to new material... and in the case of DC Comics, a "top secret" book that wasn't allowed to be revealed just yet, presumably so it could tie in to an upcoming storyline or event the company has yet to lift the lid on. Here's the full breakdown of what will be available, as well as the solicitation text:

Set in the same universe as the hit CW series, this reprint issue of Riverdale #6 gives us a peek into all the secrets Pop Tate overhears in his day-to-day business, told through four vignettes in four different booths! Reprint.

Featuring an all-new, original Power Rangers story exclusive to this Free Comic Book Day issue that ties into the "Power Rangers: Shattered Grid" storyline in the pages of BOOM! Studios' Mighty Morphin Power Rangers and Saban's Go Go Power Rangers comic series! Zordon turns to the Morphin Masters for help in the Power Rangers' darkest hour as they battle Lord Drakkon — an evil version of Tommy, the Green Ranger, from an alternate reality — as he threatens every Ranger in all of existence.

Two different worlds, two compelling tales! In Overwatch, agent Zarya is sent to eliminate an elusive hacker, and she is at her wit's end. She reluctantly teams up — and butts heads — with an omnic hacker. As they hone in on their target, Zarya realises that she will have to reassess her worldview about omnics. Then, in the world of Black Hammer, but a thousand years in the future, a collection of teenage superheroes, inspired by the legendary heroes of Black Hammer Farm, are determined to solve the riddle of what happened to those last great heroes of the twentieth century.

A special, top secret project too big to announce! Check back in with the February issue of PREVIEWS and at freecomicbookday.com for future updates!

Not a whimper, nor a bang-the end comes with a squall of entropy shrieking from the ravenous maw of death itself. The message is clear: Unicron has arrived. The Transformers lock into a desperate bid to save Rom's homeworld from the world-killer — but why has Unicron chosen this world on his path to Cybertron... and Earth? The biggest story in the history of Transformers starts now: for Unicron's arrival can mean nothing less than the end of a universe.

From the Eisner Award-winning team behind The Private Eye, Barrier is an acclaimed five-part miniseries that finally comes to print exclusively from Image Comics. This massive, 53-page first issue is available for free on Free Comic Book Day, with the next four issues being released weekly throughout the rest of May! Printed in its original "landscape" format (side-stapled for convenient shelving!), there are no plans for these print issues to ever be collected, so the only way to own your own copies of this groundbreaking story is by supporting your friendly neighbourhood comic shop!

Don't miss this year's Free Comic Book Day titles from Marvel, each featuring two 10-page stories that set the stage for upcoming game-changers in the Marvel Universe. Get ready as Heroes Assemble in the Marvel Universe! Please check back in the February issue of PREVIEWS, and at freecomicbookday.com for future updates!

Remember that funny green alien you used to watch on TV? No, not that one. No, no, the other green alien. OK, it's ZIM, alright? Invader ZIM! Well, ZIM sometimes watches TV too! And sometimes it's bad TV. Very, very bad TV. So now, you can watch ZIM watching a very bad show called Floopsy Bloops Shmoopsy! All 385 seasons! 24/7! Never stopping! Story from Invader Zim #20. Reprint.

The all-new Doctor Who starts here! Don't miss out on Titan's colossal plans for 2018. Everything begins in this amazing #0 issue! Featuring the first chapter in the new Tenth and Eleventh Doctor sagas, by new creative teams too electrifying to spoil here, plus tantalising glimpses from across the Doctor Who comics universe, including your first look at the Thirteenth Doctor in comics! Perfect for new readers and long-term fans alike, this is the ultimate jumping on point!

Pokémon Horizon: Akira's summer vacation in the Alola region heats up when he befriends a Rockruff with a mysterious gemstone. Together, Akira hopes they can achieve his dream of becoming a Pokémon Trainer and learning the amazing Z-move. But first, Akira needs to pass a test to earn a Trainer Passport. This becomes even more difficult when Rockruff gets kidnapped! Pokémon Sun & Moon: Sun dreams of money. Moon dreams of scientific discoveries. When their paths cross with Team Skull, both their plans go awry!