I Just Played A Frogger Ripoff With My Eyebrows 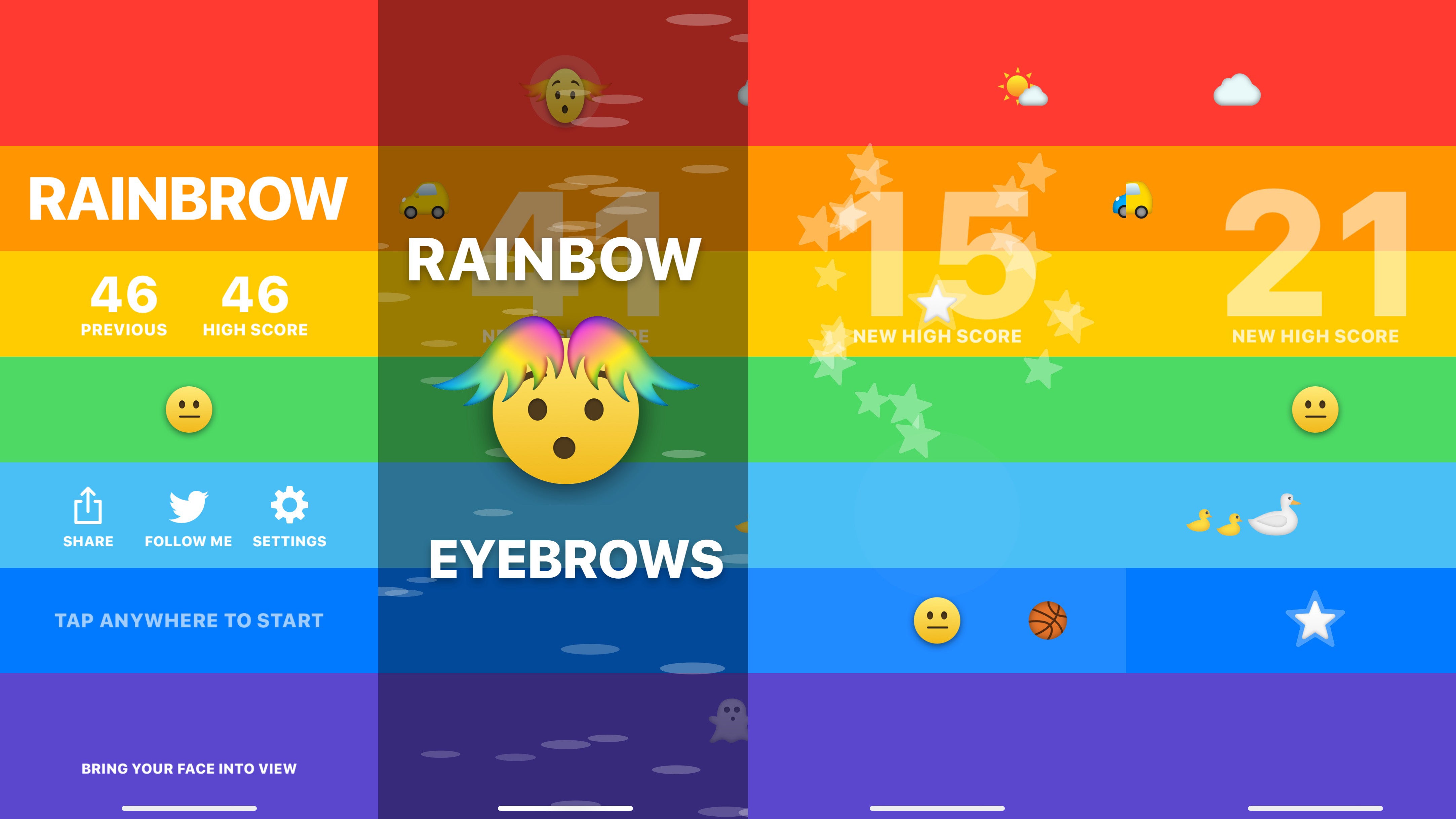 Did you ever play Frogger and think, "this is great with a joystick, but what would really be awesome is if I could just use my face?" No. You did not. That would have felt like a stupid request unless you're a game developer exploring new modes of input.

But don't worry, developer Nathan Gitter made it happen anyways. Rainbrow is a new game that lets you navigate a rainbow using nothing but your eyebrows.

It is exhausting. I only played for five minutes and now moving my brows sparks a feeling of face fatigue I usually only sense when, like, smiling for too long at a work function. This game made my face hurt.

It's simple, too. You have a little face emoji that you move up and down a rainbow to land on stars. All the while you have to dodge objects that slowly move across the rainbow and into your path. You move down the rainbow by frowning and up the rainbow by lifting your eyebrows as if in surprise.

Get a high enough score and you get extreme rainbow eyebrows that give your immunity and crush all emojis in your path.

The hardest part is just keeping your actual face still so your emoji face doesn't careen into an emoji car. Poor lighting in the room, or an inability to control your facial expressions, will harm your score. It's completely stupid (and free).

But it's also kind of neat! Rainbrow is one of the first games to take advantage of the iPhone X TrueDepth camera module.

Any attempt to use the camera for something besides Snapchat face masks or security is to be lauded in my book. There is a powerful 3D camera attached to your phone, there's got to be cool shit to do with it!