LA Noire VR Is Great, Except For The Damn Hat

With on-screen hands used for everything from drawing weapons to flipping the siren on a patrol car, L.A. Noire: VR Case Files nails one of the main features I look for in a virtual reality port. But it also has this hat.

L.A. Noire: VR Case Files takes a selection of cases from the non-VR version of L.A. Noire and translates them into the magical world of virtual reality. This is no quick-and-dirty port that clumsily adds 360-degrees of view to an existing game, a la Fallout 4 VR.

This game opens with main character Cole Phelps sitting at his detective desk. The Vive controllers (it’s currently a Vive exclusive) are his hands. The player can reach out and pick up his gun, make a call on the phone or scribble on a pad of paper with the pen. 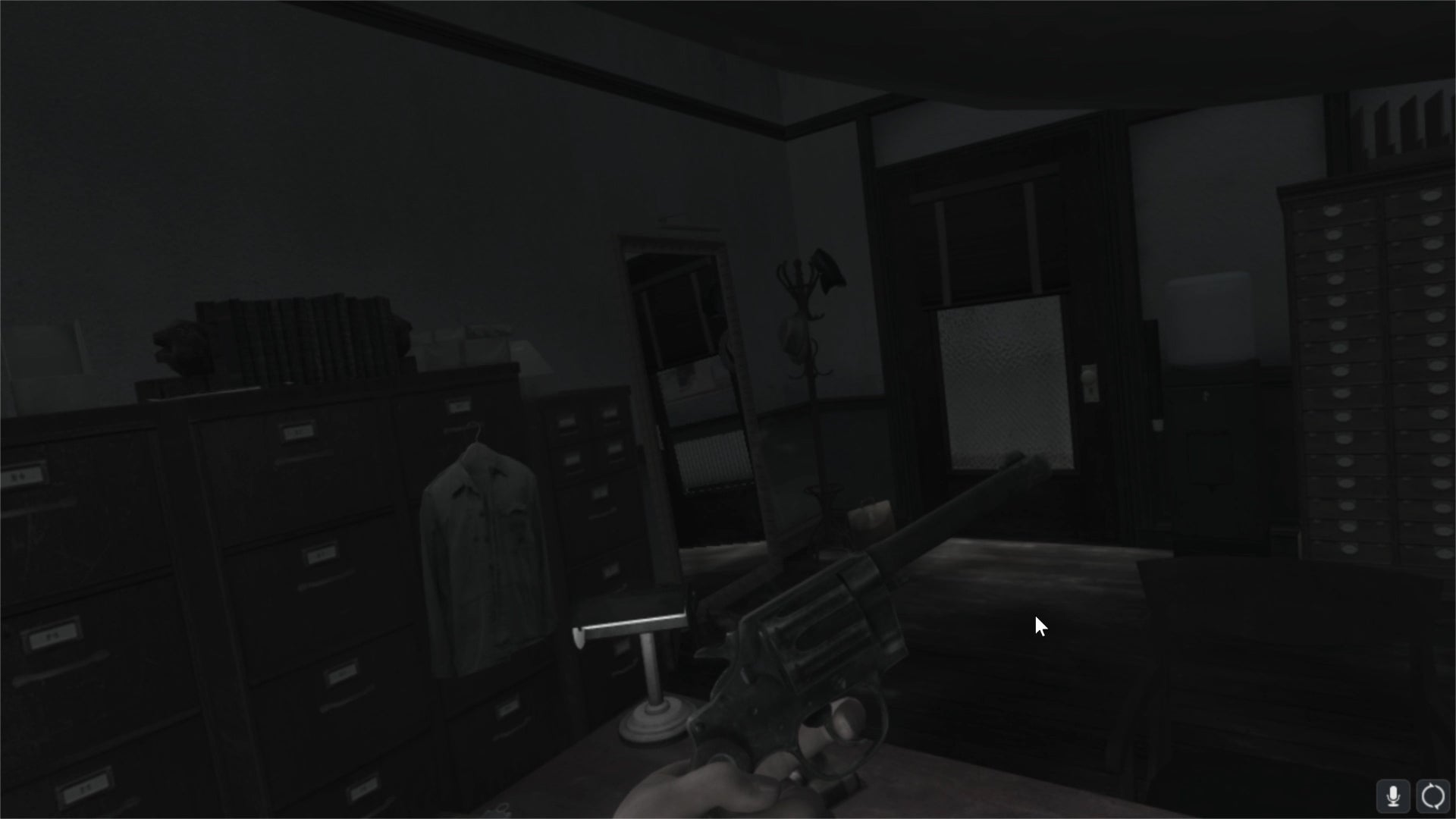 Virtual reality needs hands — not floating appendages with limited functionality, but fully-functional grippers and pointers. In L.A. Noire VR, you can bend down and pick up stuff you see on the ground.

When driving, you can turn the key to start the vehicle. You can hold a shotgun with one hand and pump it with the other. It’s a little clumsy at times, but it tries real hard, which is a lot of fun. 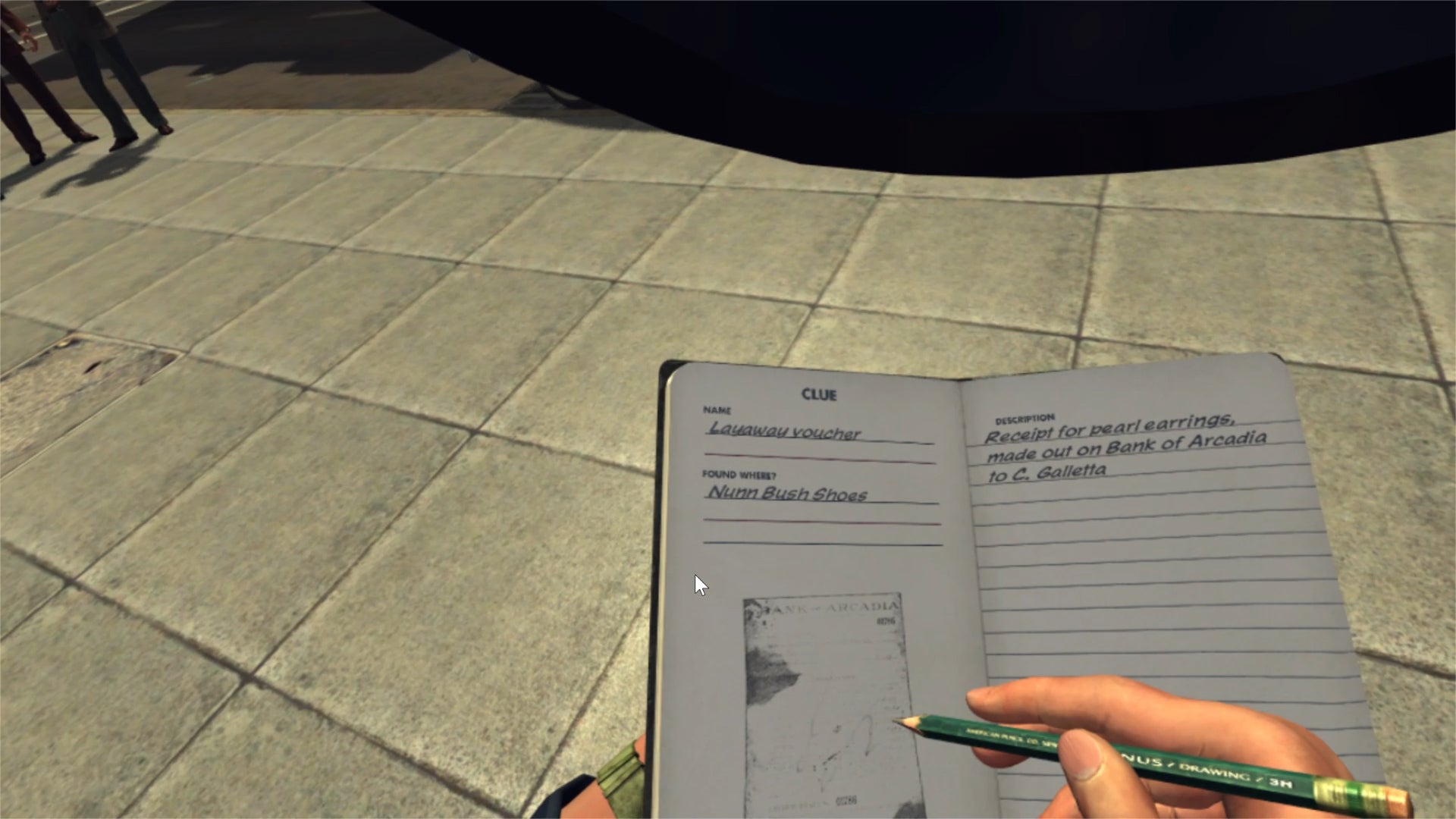 Yes, you can draw a penis in the notebook. No, I won’t show you. I forgot to cap it.

What virtual reality does not need is this patrol hat.

During the first couple of files in this VR spin-off, Cole Phelps is a patrolman, wearing standard-issue police blues and that silly wide-brim hat. The hat is always there. While he’s driving the car, the hat is there.

When he’s talking to his partner, the hat is there. 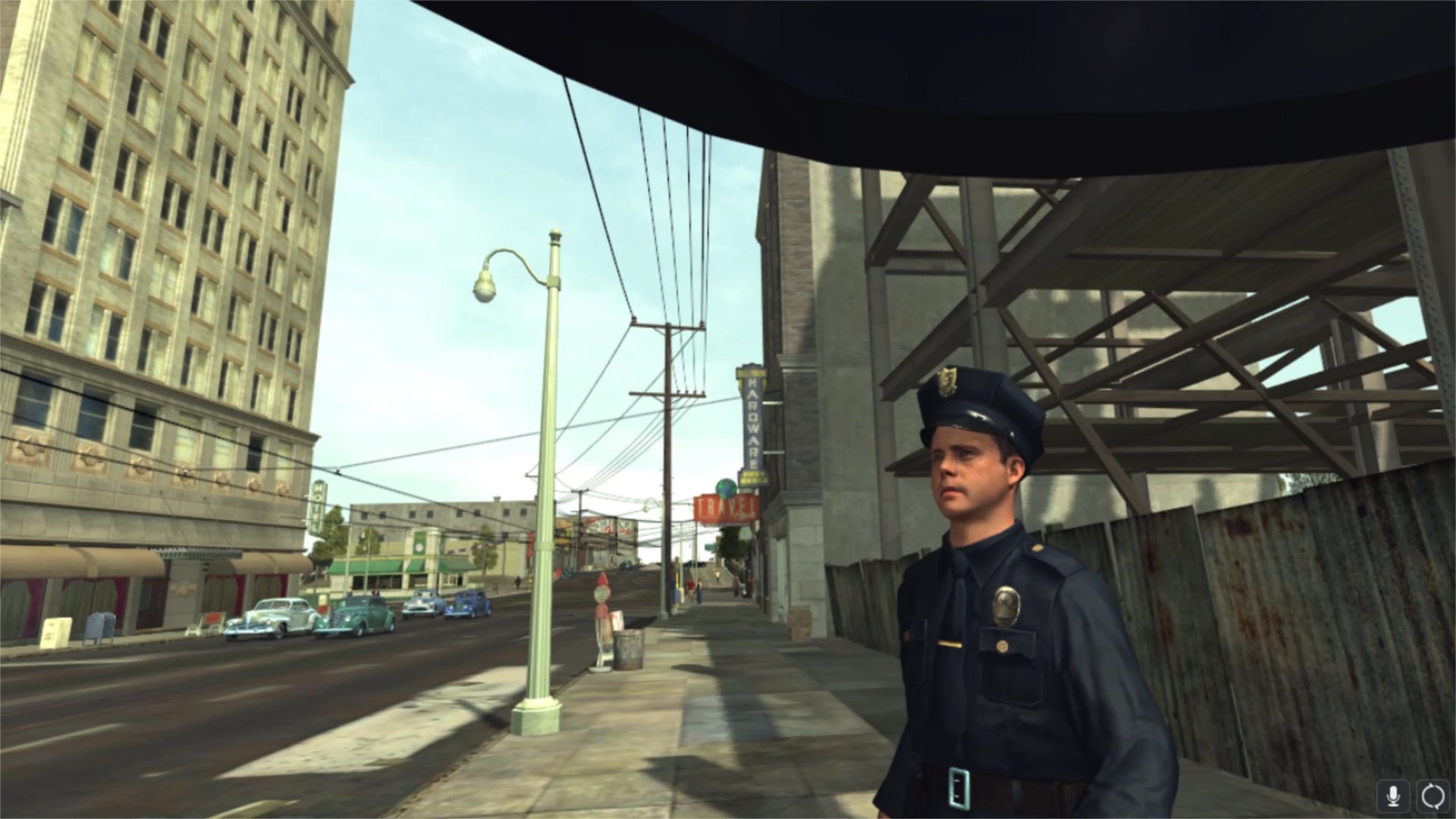 When he’s engaged in a firefight, the hat is there. 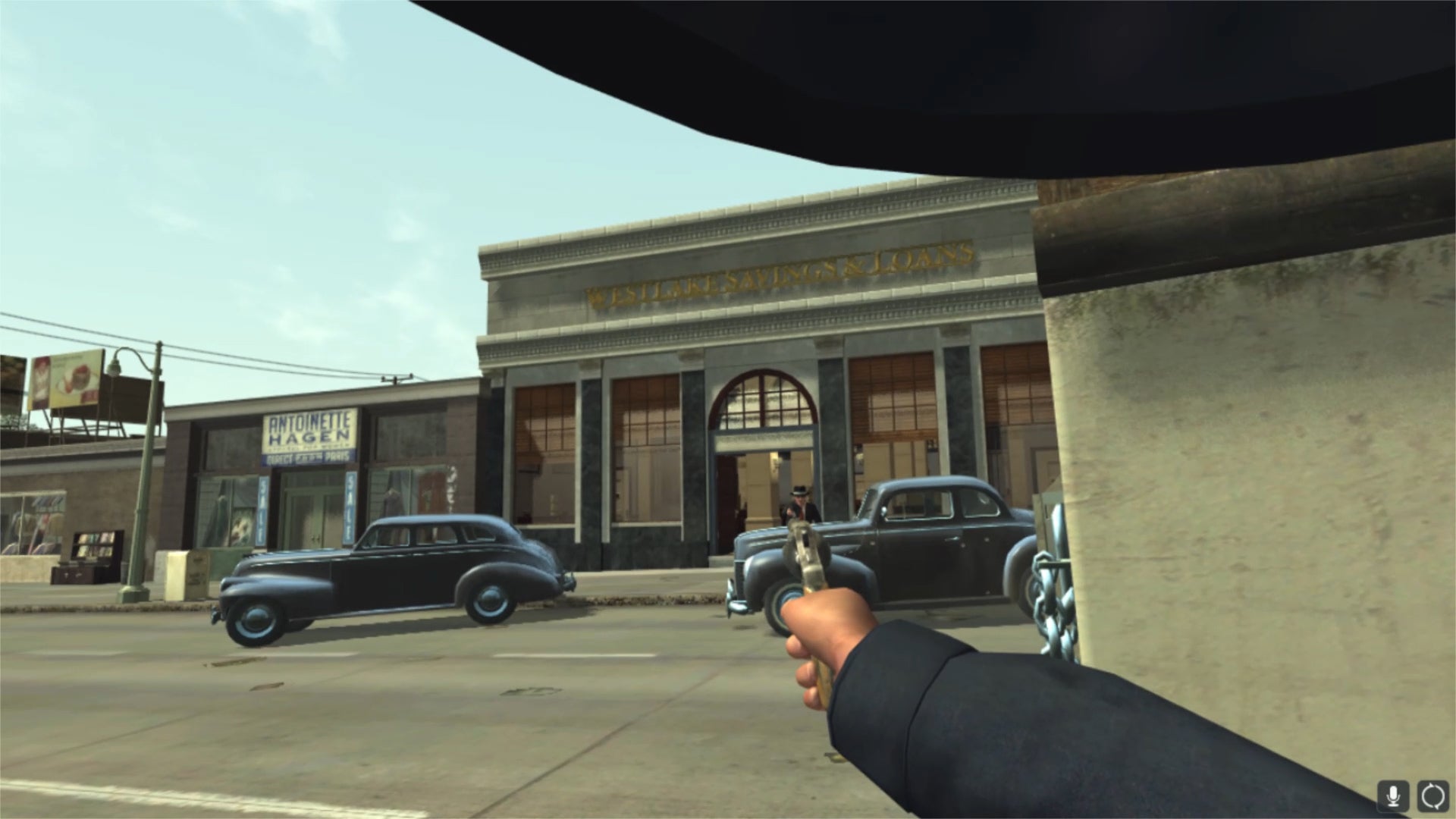 My hands can grip all sorts of things. They can reach to my hip to grab my sidearm. They can grab the police radio to answer a call. They can inappropriately cradle a witnesses’ face during an interrogation. They cannot grip the hat and remove it. Damn this hat. 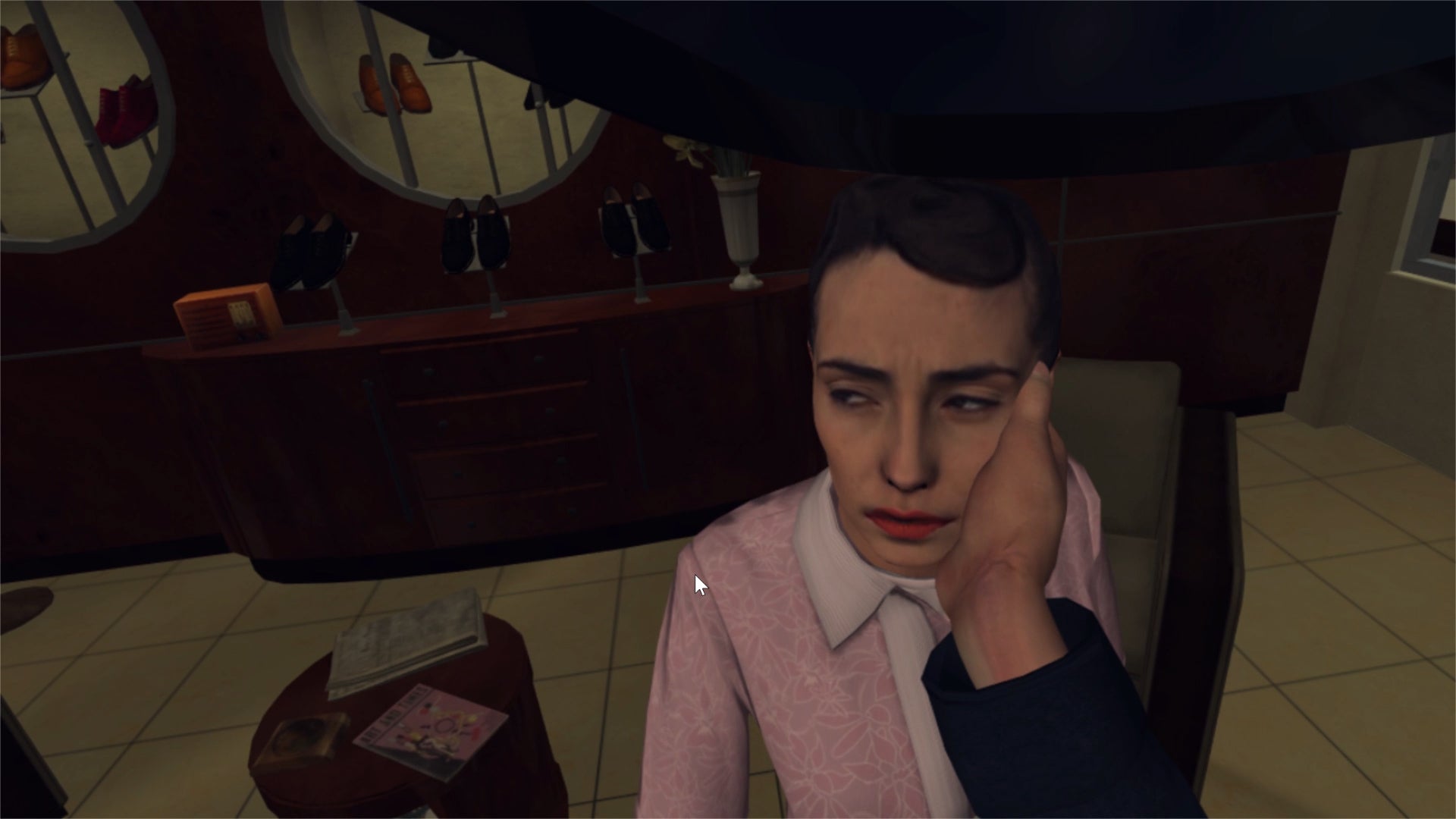 I am comforting her. 😛

I am not a man who wears many hats. I wear one hat, a driver’s cap, and I wear it all the time. I never noticed the semi-circle at the top of my vision before. Now I can’t stop seeing it. It’s there right now. It’s always there. Oh god.

L.A. Noire: VR Case Files is an excellent example of a big-name VR conversion done right. It’s a little shaky and the movement options could use some work (swinging my arms at my side is supposed to make me walk forward, but I keep going backwards). But overall, it’s a great time while wearing a virtual reality headset. 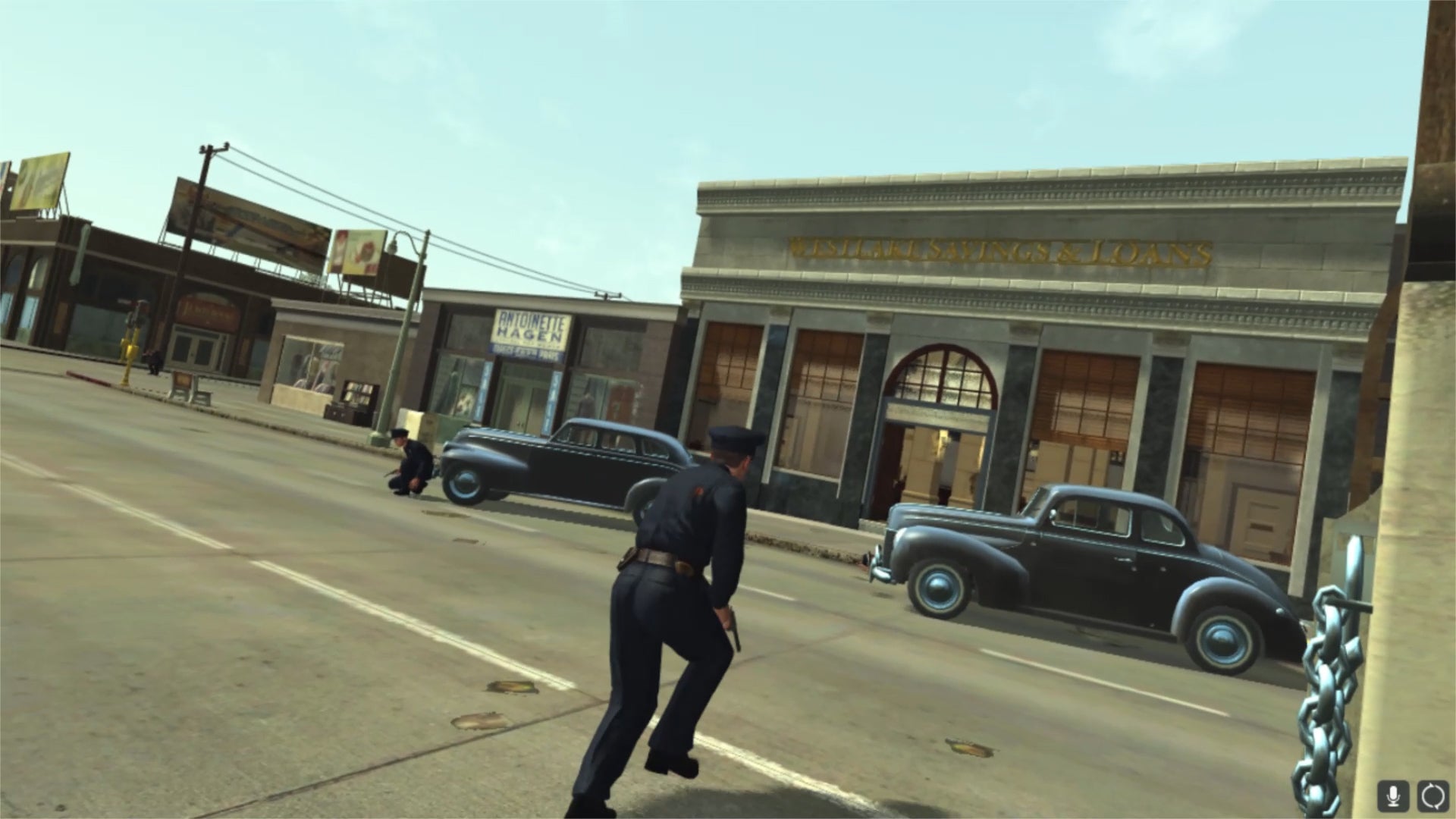 But seriously, fuck this hat.