Oh No, My Sims Won't Stop Having Sex [NSFW]

My sim Miranda, a chef, came home from work at 1 am. Her husband Marvin went outside to greet her. "Please," I whispered at my game of The Sims. "Please don't have sex right here." My prayers fell on deaf ears.

Wicked Whims is a mod for The Sims that greatly expands the game's sex mechanics. According to its creator, modder Turbodriver, it offers "animated sex, nudity interactions, exhibitionism interactions, relationship enhancements and gameplay improvements."

In particular, Turbodriver's description of sex autonomony in an interview with Kotaku deputy editor Patricia Hernandez piqued my interest, in which he described the parameters for sims' desire — how much they like each other, the location, their moods.

The way I play The Sims is pretty chaste, but I was still curious about what that could be like. When you scroll through the description of the mod's features, you can see that it is absurdly robust. It adds new sex-related traits and aspiration rewards, including the option to be polyamorous or asexual. Even if I don't generally make homewreckers or even have my partners cheat on each other, I wanted to see how it all worked.

I installed Wicked Whims and a few animation mods, made a couple and started a new game.

To get a feel for the mod, the first thing I did with it was make my sims have sex by clicking on the ground, selecting "Wicked" from the prompt wheel, and then picking "sex" from the next menu. I thought they would go inside, because usually sims have sex on beds.

They didn't. Instead, they had sex on the lawn of their new home. To make matters worse, some other sims came by to welcome them to the neighbourhood, and so did a stray dog. But ejaculate doesn't actually lower sims' hygiene stat, and low hygiene is the only thing that will trigger autonomous showering. Miranda just walked around like that all day, and also into the next day when they had sex again. 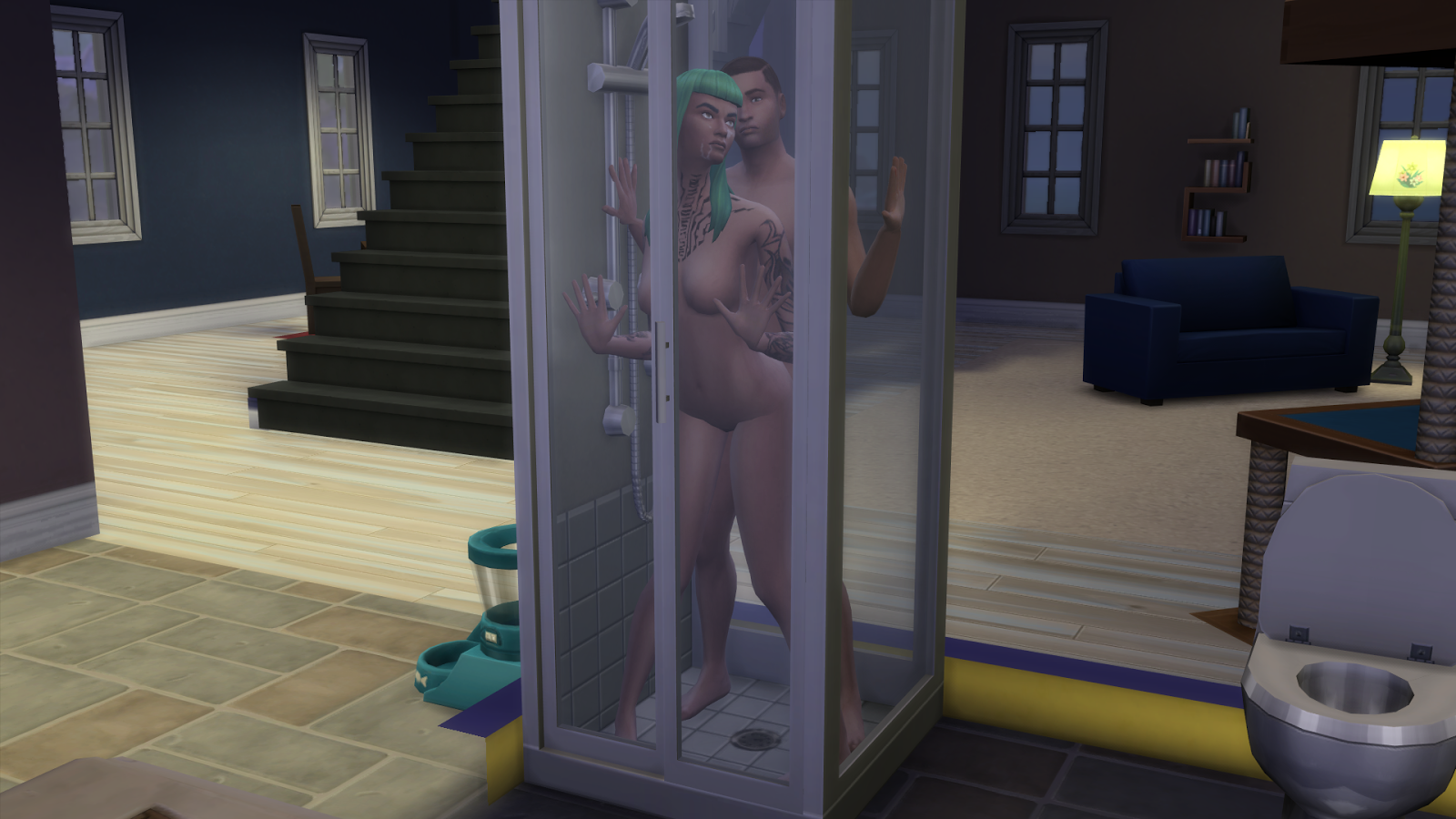 The one Wicked Whims feature I was interested in was autonomous sex. In an unmodded game, sims don't generally have sex unless you tell them to, and I was interested in giving them their own desires. Well, with autonomous sex enabled, my sims just wouldn't stop having sex. They woke up and had sex. When friends came over they had sex. Whenever Miranda came home from work, Marvin would ask her for sex and they would have it right there on the porch. 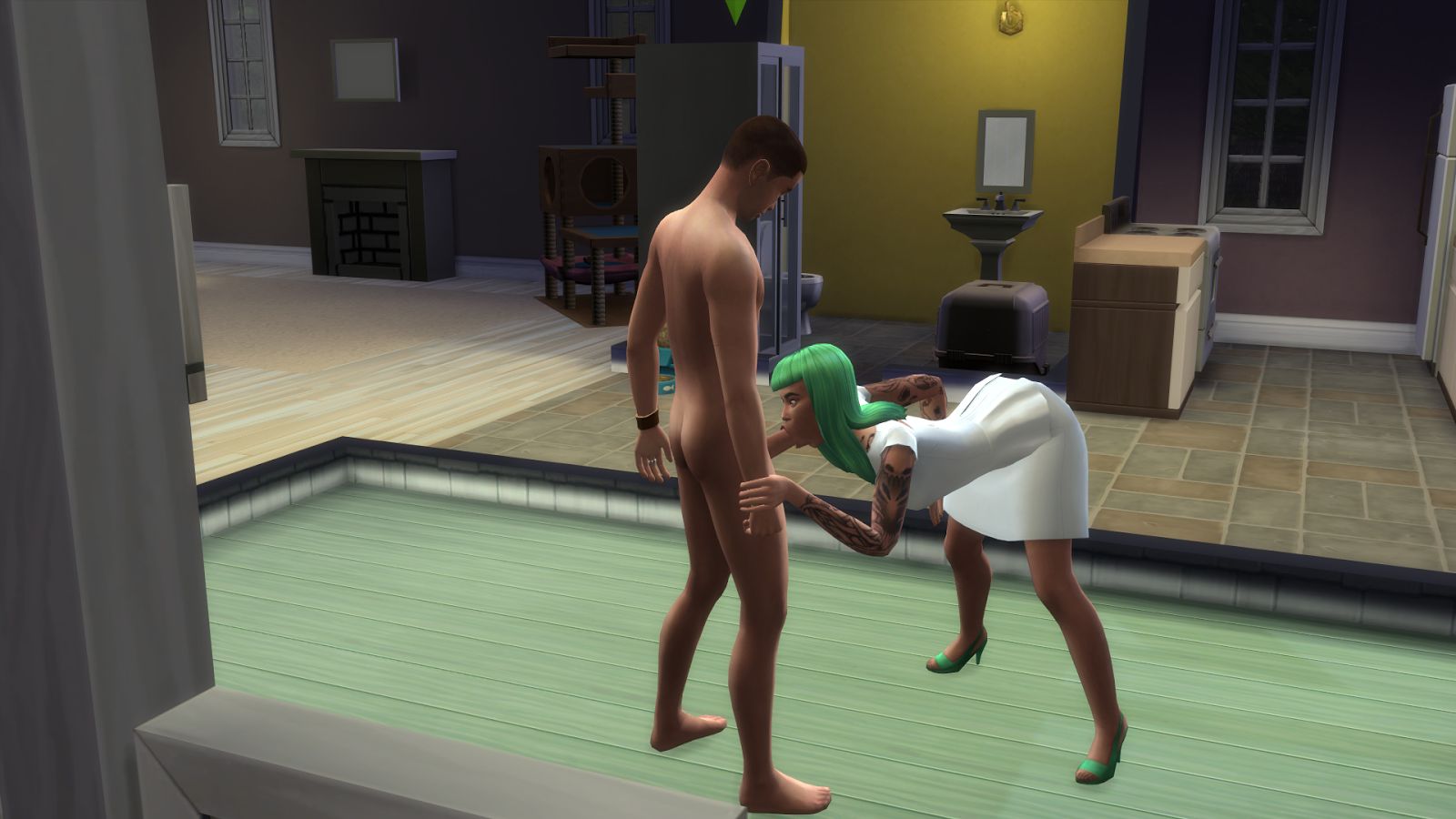 Marvin's penis frequently clipped through Miranda's mouth or vagina. One animation called for the sims having sex to press up against a window. Because of where my window was placed, they clipped through the floor. 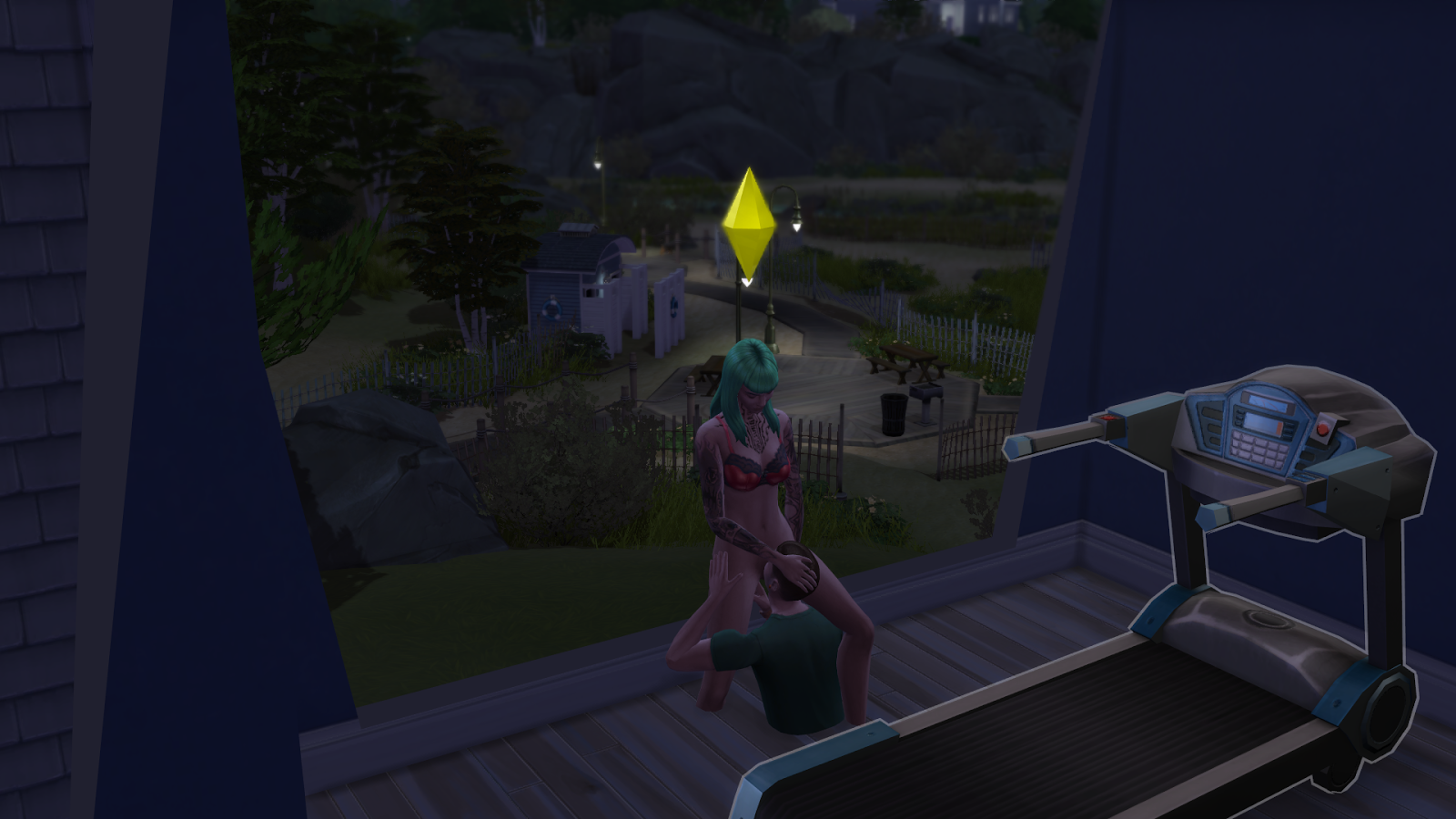 I couldn't escape Miranda and Marvin's cycle of eating, sleeping and fucking. When Miranda had a day off and Marvin went to work, I was relieved. I sent her to the bar to take a load off. Suddenly, I got an announcement. Two other sims were having sex in the bathroom upstairs. 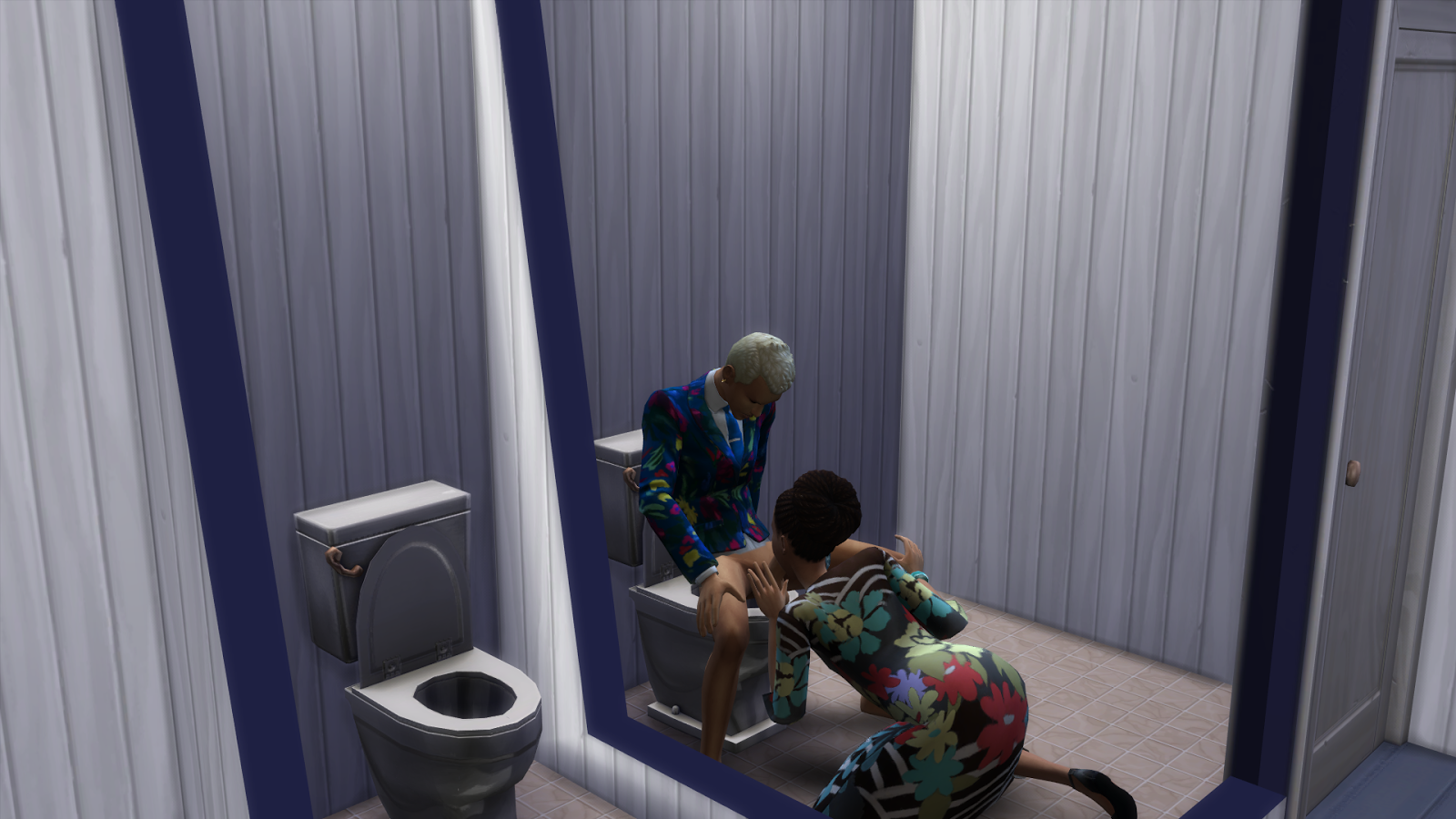 I'm all for adding sex, even pornographic and unrealistic sex, to The Sims. As a simulator of human life, its depictions of sex and sexuality are lacking. It's understandable, as the game is rated E, and this is where mods come in.

Wicked Whims is just way, way too much sex, and the volume of sex I witnessed in a couple hours of gameplay only revealed how alien its depiction of sexuality felt. Not once did Marvin or Miranda fall asleep after orgasming, or offer to clean each other up, or giggle on their beds while they looked at funny tweets together. They didn't get turned on by their partner's idiosyncrasies or habits.

Sex didn't seem integrated into their romantic lives, and it felt more like an an activity that had nothing to do with having a bond with another person, even a tenuous bond like "we met at a bar and I'm drunk and you're cute".

Sims would go up to other sims, ask for sex, and then begin having sex immediately. They just fucked.

There was one thing I liked, though. Wicked Whims gives everyone a "Naturalism" skill, and a higher skill level determines how comfortable they are just being naked. Whenever a sim is naked, they get a positive mood buff, so frequently after sex they didn't put clothes back on.

This meant after sex, they'd go downstairs and watch TV naked, eating cereal together. Now that's something I can relate to.