Portal Gets Its Own Bridge Building Game 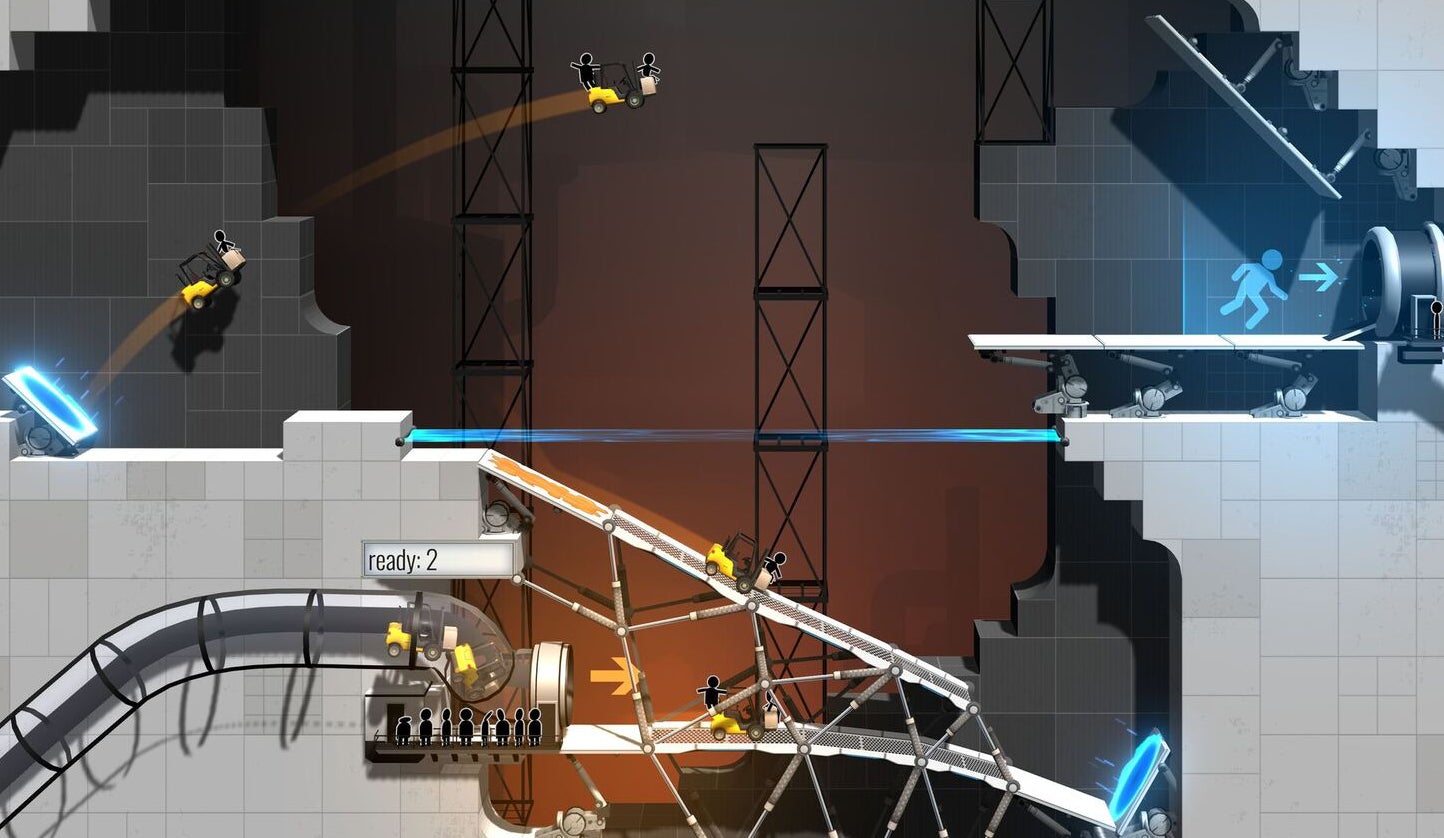 Portal has gone all over the place, from the darkest depths of Aperture Science to outer space, briefly. Next stop: The open road. Or some bridges, anyway. Because why not? I guess?

Bridge Constructor: Portal is a collaboration between Bridge Constructor developer ClockStone Software and Valve. In it, you'll solve puzzles that involve trucks crossing abyssal chasms, but unlike in other bridge building games such as the recently popular Poly Bridge, you'll be able to use portal technology. Also, GLaDOS will be around, probably to fuck with you.

Valve has sporadically lent out the Portal and Half-Life licenses over the past few years, though only to free fan projects. This is the first time someone else has gotten to make a full-scale standalone game for multiple platforms set in the Portal universe.

It probably isn't where anybody expected Portal to go after Portal 2 and VR playground The Lab, but sometimes you've gotta build a few bridges to get where you're really going. Or Valve doesn't make games any more. Either way, I'm intrigued, if only because I've been dying for somebody to embrace the inherent silliness of this genre.

Bridge Constructor: Portal will be out on PC, Mac, Linux and mobile on December 20. It will be coming to PS4, Switch and Xbox One early next year.