Skyrim Mod Gives NPCs Their Own Lives (And Loves) 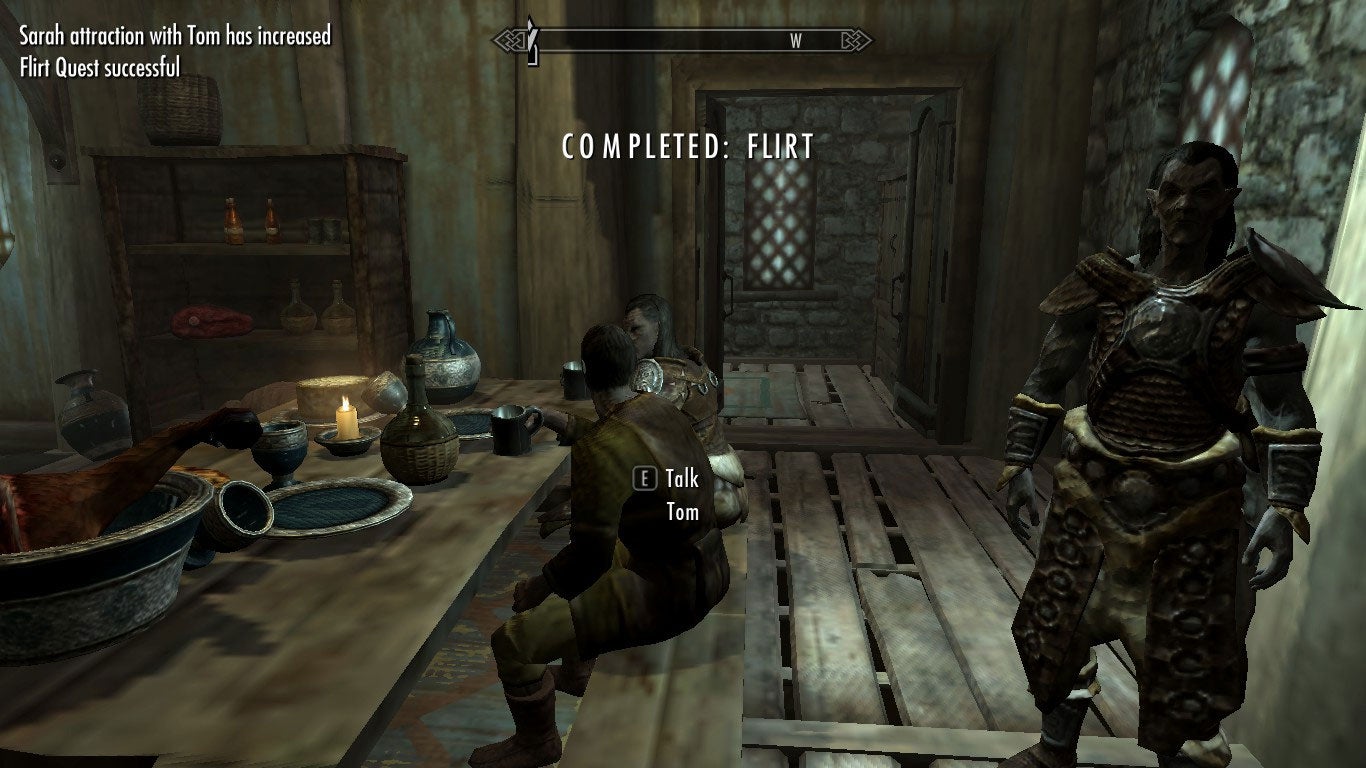 Social NPCs is a mod for Skyrim that takes the clockwork non-playable characters from two of the game's smaller locations and turns them into believable people with lives to lead completely independent of what you're up to.

What Skyrim Looks Like When You're Running 100 Mods At Once

My copy of Skyrim would usually fall over once I started running more than, say, 8-10 mods at once. So I've got no idea how modder Unreal has managed to get around 100 mods running at once. I'm just going to assume sorcery.

And I don't mean "get up in the morning, walk somewhere then walk back". This is far more complex.

It's the work of two computer science researchers from North Carolina State University and Universidade de Lisboa, and while there's a whole paper you can read on their work, the short version is this:

NPCs ... use social interactions (quests) such as flirting, complimenting, insulting, embarrassing (etc) to interact with each other. They try pursue romantic partners and insult those who they feel disgusted by. They try to make friends and introduce themselves to those that do not know them. The best part is that YOU can insult them too! Or flirt with them, or ask them to marry you, you choose!

Manipulate them, destroy their relationships or help them build one, or just wait and see what the end result will be without interfering.

Kinda like The Sims, then, but without the swimming pools.

The catch here is that because of the programming work and memory constraints that went into transforming these NPCs for the original research, they're only present in two locations outside of Whiterun (and there isn't any voice-acting for all their new lines). Because the code used to breathe life into them works for any NPC in the game, though, there's a tutorial here that lets you make the same changes wherever you like. 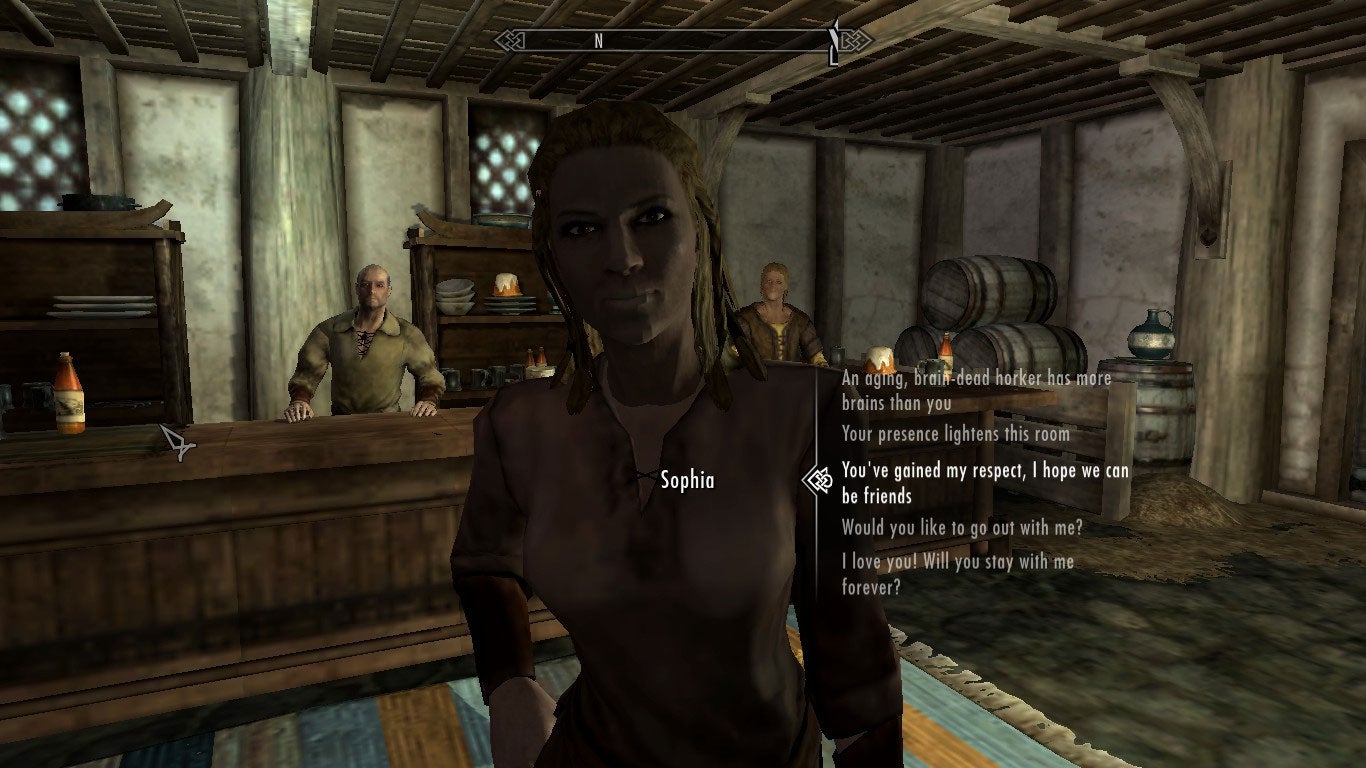