The Furries Of GTA Online Just Want To Play, But Jerks Get In The Way

GTA Online is home to a community of people who dress up as animals and commit virtual crimes together. The Furry Army, which boasts a roster of nearly 200 members, is led by a red fox-cheetah hybrid, Vik Nightfox. Like anyone else, these players want to have fun in the wild streets of Los Santos, but the furry association automatically makes some folks fear, exclude and attack the crew.

Furries are people who often dress and/or identify as animals, colloquially called a “fursona”. In the real world, furries have many options for coming together and sharing their hobbies. In GTA Online, furries don’t have access to fursuits but do have access to animal masks, such as cats, owls and raccoons, which many GTA furries wear in-game. “I am always running around in my fox mask,” Vik said. “Unless the game stops me from doing so.” Likewise, for some players, GTA Online has become a place to meet other furries, roleplay as different animals and personalities, or just hang out.

Vik, the founder of The Furry Army, said he created the group to play with folks who weren’t focused on being the best players. At the time, Vik wasn’t sure if there were other furries playing GTA Online. Somehow, other like-minded players found him. “I had no clue it would be as many as it was!” Vik said. Within in a few months the group had over 100 members, eventually ballooning across PS4, Xbox One and PC platforms. And they aren’t alone: The Rockstar Social Club lists other furry groups as well, including “Damn Dog Games” and “Furrys“, each with a thousand members who come together for things such as car meets, races and online hangouts. Cortez, a member of The Furry Army, has an Arctic White Wolf fursona. His fursona is a reference to the area he grew up in, where winters are harsh. To him, the white wolf represents a survivor in harsher climates – but it also has a soft side. While the game offers digital masks, Cortez told me he’s tried to play the game while wearing his furry attire in real life. It didn’t quite work out. “My eyes cross and end up getting a migraine, so I can’t,” Cortez said. Vik, meanwhile, opts to wear a fox hoodie while playing instead, so as to avoid the discomfort of a full suit. Why go through the trouble? “I feel just as comfortable being a furry online as I do offline,” Vik said. “I am proud of my fandom.”

The Furry Army is made up of people who love to race, complete missions, take on heists, or just cause mayhem in the open world – standard stuff, really. Furries just happen to be dressed in virtual animal suits while they do it. “The furry community is no different from any other community out there,” Vik said.

While the group is filled with with furries, it isn’t furry-exclusive. “There’s no room for hate and idiocy in the crew,” Vik said. “So when we find cool people who need a crew to run with and they prove themselves not to be jerks, we welcome them in.” Meaning, if you’re the type of player who goes into a lobby to berate other players, you’re out. The Furry Army wants people who try to be helpful during missions or events, not arseholes. I was also surprised to learn that a few members of the group are only furry roleplayers in GTA Online, not the real world. For these roleplaying furries, GTA Online allows them to live out their desire with a community, while still maintaining a sense of privacy.

While GTA Online furries want to enjoy the game like anyone else, their identities make other players uncomfortable. According to Vik and other Furry Army members I spoke to, everyone in the furry group deals with in-game harassment on a nearly daily basis. While some players avoid obvious associations, some use furry-related usernames or wear animal costumes that signal their identity to other players. Many furries have usernames that contain their fursona, with names similar to “BigHusky” or “GoldenLion”. “If asked, I always proudly affirm the fact [that I’m a furry] and dispose of any rumours,” Vik said.

According to Vik Nightfox, players send hateful messages and call him and his friends slurs, such as “furf*g”. GTA Online’s lobby system allows players to host missions, and with this power comes the ability to kick out other players. Often, players will notice The Furry Army affiliation and kick out the crew without a second thought, Vik claims. Vik also says he’s had modders in GTA Online use special tools to troll and harass members of his group, sometimes dropping objects ranging from cars to giant Ferris wheels to get in their way. Even businesses aren’t safe from harassment. In GTA Online, you can run operations that range from small weed farms to large gunrunning operations. Making money through these ventures requires players to complete missions that take place in the open world, where others can attack them. The Furry Army says it loses product and in-game money at times, solely because players are more likely to target them. “It’s obnoxious,” Cortez said. Angry players and trolls are commonplace in GTA Online, of course. Do a quick search of YouTube and you can find awful videos of players harassing women and kids, usually making fun of how they are “triggering” people. Furries are just another group of people for these types of players to harass.

“People harass us because they don’t understand us, mostly,” Vik said. “Sometimes they just don’t care, but mostly it’s misinformation on who we are and what we are.” Vik and other furries say harassers tend to assume they are all paedophiles, have sex with animals, or are all rapists. But Vik describes furries as people who just love cartoon animals. “Do you like Bugs Bunny? Hate to break it to ya then, but you’re a furry.”

At first all the harassment bothered Vik, but now he says he laughs at the insults – unless, that is, people go too far. “If people are constantly griefing us, we don’t back down,” Vik explained. As his crew escapes the carnage, Vik often uses jets or tanks to kill the trolls until they give up and leave.

Vik recounted a time when an opposing player was screaming insults at his team. “Someone noticed our crew tags [FRRY] and started making fun of us, attempting to start problems.” Vik said, “We laughed him off, which made him more upset and determined to get us upset as well.” A back-and-forth murder frenzy began. “I jumped into the military base and stole a jet,” Vik recounted. “Fast forward another minute or two, and now I am screaming through Downtown Los Santos in a jet, decimating people using only the explosive-round machine gun the jet comes with.” Such is the justice of GTA Online. “Thirty minutes later, they had all left the room,” Vik said, “The lobby left us alone after that.” Though Vik and his crew are ready to fight back, it’s only to make the toxic players leave. “To be honest, we would much rather just have fun and goof off,” he said.

Despite the endless arseholes of GTA Online, Vik says that he’s also met many friends along the way, too. “I never mind [the harassment], as when I do find people who are more accepting, I make friends quickly and always have fun,” Vik said.

Months ago, Vik encountered some folks in-game who were curious about furries and the fandom. At first these players asked about common furry misconceptions, like the idea that all furries are gay or are into zoophilia. Vik was more than happy to explain to them that what they thought they knew about furries was wrong. “They became so interested in furries that they joined both the fandom and the crew,” Vik said. The Furry Army helped at least one of these players figure out their own fursona. “Next thing you know, I see all five at Anthrocon, a huge furry convention here in Pittsburgh,” Vik said. While these newbies don’t have the means to buy a fursuit yet, they still visited panels, partied, and bought some art at the convention. “We have been good friends since,” Vik said. 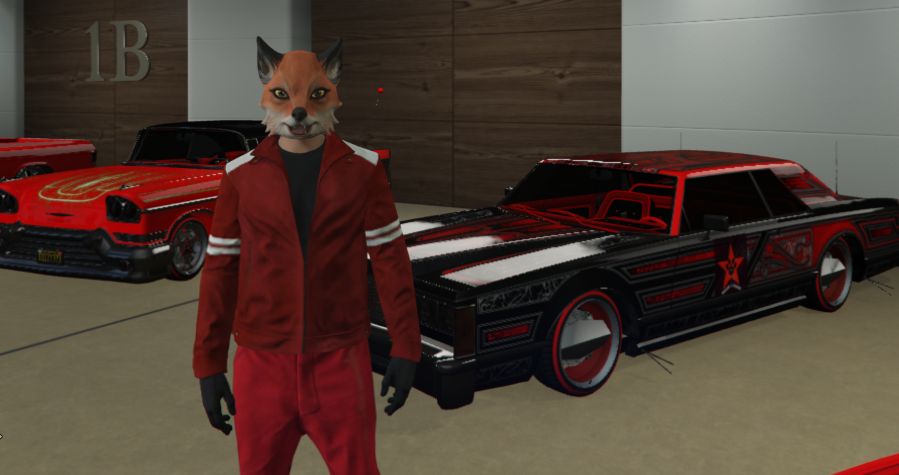 “People harass us because they don’t understand us, mostly.”

Despite the harassment, Vik isn’t discouraged from expressing his identity in a virtual sandbox. “It’s a way to let others like me know not to be ashamed of being who you are wherever you are,” Vik said. And GTA Online is perfect for being a furry, Vik insisted. GTA, after all, is known as being a franchise about freedom. “Freedom to do, be, experience whatever you want to,” Vik said. “It is the ultimate escape.”

The Furry Army has grown larger than Vik ever dreamed. “The crew has turned into a majority furry melting pot,” said Vik, “Kinda like fondue cheese with a little extra spice. And I wouldn’t trade it for the world.”