The Mad Titan's Heading To A Family Reunion In Thanos: Infinity Siblings 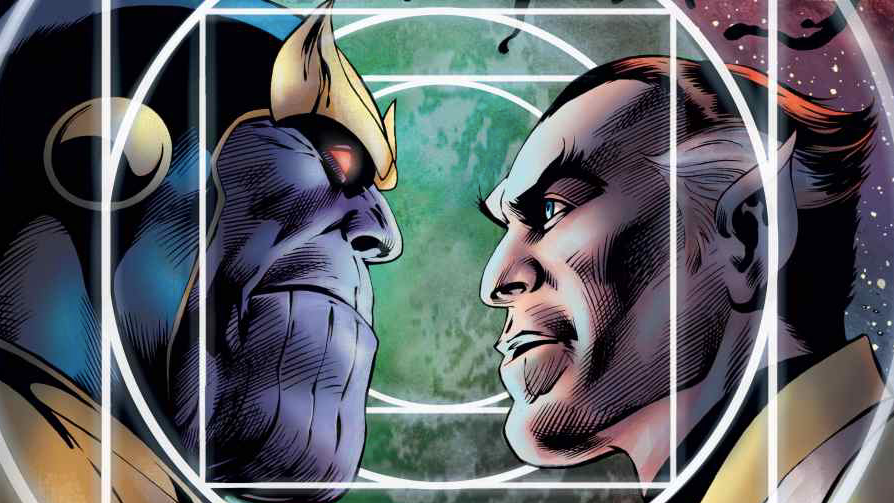 Even though he's a genocidal maniac who has murdered entire civilisations in his quest to impress the embodiment of Death, at the end of the day, Thanos is still an old-fashioned family man. Family has always been important to the Mad Titan and in his upcoming series, Thanos: Infinity Sibling, he's headed to a family reunion.

Infinity Siblings, written by Thanos' creator Jim Starlin and illustrated by Alan Davis, will follow Thanos as he teams up with his brother Eros and Kang the Conqueror to investigate a temporal anomaly that threatens to tear the multiverse apart. Like all siblings who hate each another, Thanos and Eros will find a way to set aside their differences in order to solve a problem threatening them both. But it's safe to assume that once the brothers get back together, all of their messy family drama will come bubbling up to the surface.

Details on Infinity Siblings are currently scarce but allow your imagination to wonder, for a moment, what might happen if Eros ends up meeting his nieces, nephews and would-be-sister-in-law (if his brother could finally convince her to marry him). It'd be the sort of reunion that could literally end with the destruction of a planet or two.