The Newest Smash Teen Is Dominating With Luigi 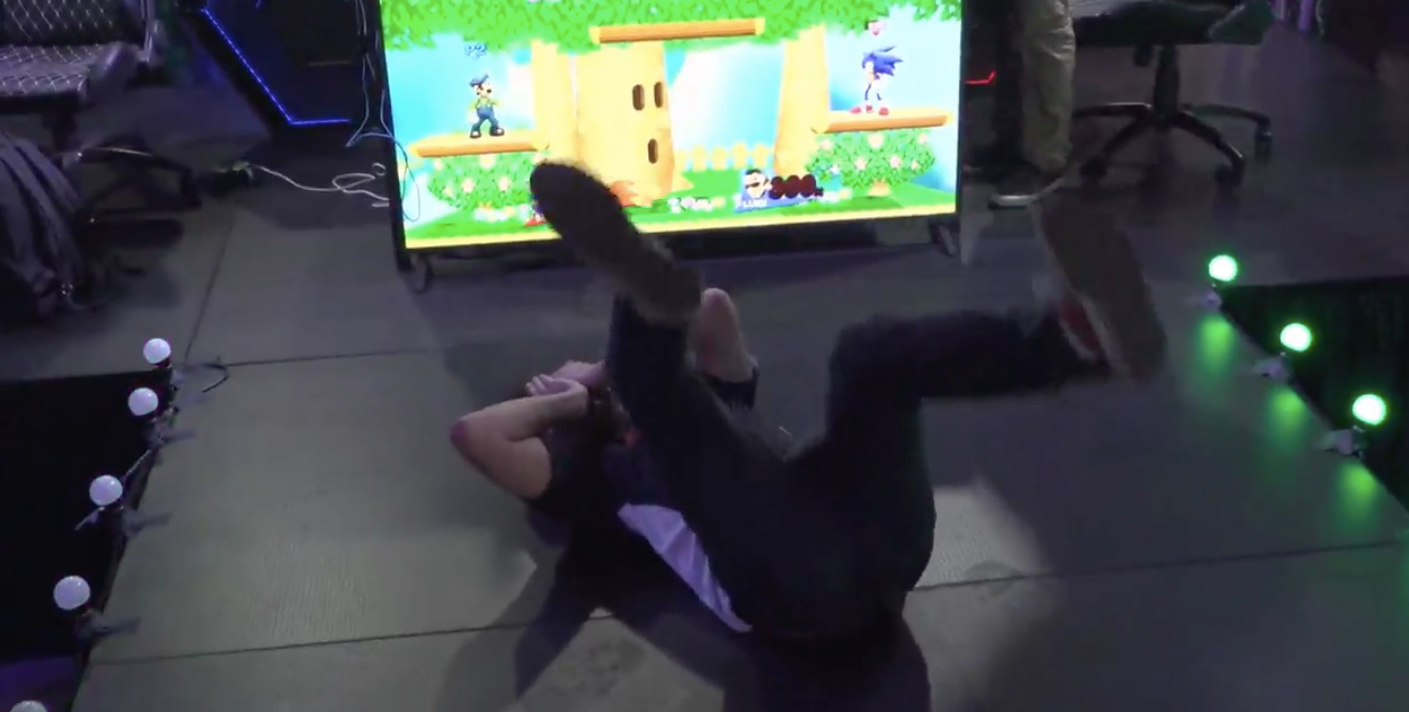 The Super Smash Bros. For Wii U scene is dominated by a few familiar names such as ZeRo, MkLeo and Salem. Not on that list: Matt "Elegant" Fitzpatrick. But after last weekend's 2GG Championship, where he made a run from the last chance qualifiers to the very top, Elegant might be one to keep an eye on.

Unlike most of his competitors, Fitzpatrick plays Luigi, the oft-scorned brother of the famous red plumber. Throughout the course of three days, Fitzpatrick - ranked 25th in the Panda Global Smash rankings - consistently exceeded expectations, becoming the true underdog story of the championships.

While other players automatically qualified for the 2GG Championship through previous events, Fitzpatrick had to play in through the last chance qualifiers, earning his spot by taking on names such as Cosmos, Mr R and Mistake to earn the last spot in the tournament. Beating the other last chance competitors was one thing, but taking on the auto qualifiers was another: Some of the very best Smash 4 players were in the pool. But that didn't seem to intimidate FItzpatrick, who spent the weekend piling up upset wins and quick stocks.

Here, for example, is the final game of a set between Fitzpatrick and Evo 2017 champion Saleem "Salem" Akiel Young. Young has been playing Smash since the Brawl days, and took down top-ranked Gonzalo "ZeRo" Barrios at Evo. It looked like Fitzpatrick had downloaded Young's entire playbook:

Luigi can be a hot-and-cold character, as sometimes Fitzpatrick struggled against opponents who could dance around him or beat him close up. But his Luigi could really explode. It wasn't uncommon to see Fitzpatrick gain a slight advantage and snowball it into a huge one, getting bolder with every flip-kick. As one commentator put it, Elegant doesn't have terminal velocity. In matches where you think you've seen his bag of tricks, you've started to figure out his moves, he throws something new into the mix. Frankly, he makes me want to main Luigi.

Prior to the 2GG Championship, Fitzpatrick was still working for his breakout moment. He has a host of local victories and smaller tournament wins, but when travelling to the big events, he would always be just scratching the surface of the top eight. A stellar performance at GameTyrant Expo 2017 was a win that turned heads and foreshadowed his championship run to come. Finishing second in a relatively stacked tournament over ZeRo was impressive, and the 2GG Championship was a chance to make sure it wasn't a one-time thing.

As Fitzpatrick continued to chalk up quality wins, he garnered more and more fans. The crowd started to get behind him, and soon the whole arena was cheering for the underdog as he slashed through the bracket. You can hear the crowd erupting in cheers behind him as he timed out Sonic pro Kengo "Ken" Suzuki to advance through his first winners bracket match.

Fitzpatrick would eventually fall to Samuel "Dabuz" Buzby, finishing at a tied fifth alongside Ken.

At 19, it's clear that Elegant has a long career ahead of him. The Smash 4 finals were a clash of champions and titans, and Fitzpatrick was the new blood. He brought an energy and passion that disrupted the established pantheon of Smash pros. He earned every hit and took every loss in stride, but chances are, this Cinderella run is not the last we'll hear of Elegant or his Luigi.