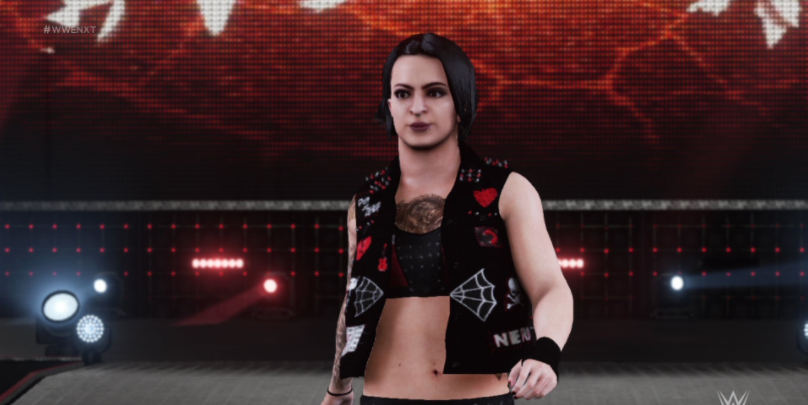 If you're the kind of person who watches WWE matches on 75 per cent speed, WWE 2K18's Switch version may be for you. For others, not so much. Released yesterday, the game has fans begging for a framerate patch.

WWE 2K18 is about 23GB on the Switch. That's 10GB bigger than Zelda: Breath of the Wild. Like other third-party Switch games, it's a big ol' clonker, but firing it up, it's hard to say why. It doesn't look great:

Since the Switch version's release yesterday, fans have been questioning why entrance cut scenes are in slow-mo. When I played the game, at first I thought the wrestlers were putting on a show of being extra, extra intimidating. But no - A.J. Styles wasn't jumping up and down in an anti-gravity wrestling chamber. Frames were just dropping.

In response, fans have been posting critical videos of the Switch port. In one video, titled "Don't buy WWE 2K18 on Nintendo Switch", YouTuber Michael Does Life sarcastically commends the game's "spectacular slow-mo entrances", "broken" commentary and "slow-mo matches". In another, YouTube personality Games and Wario! says, "Wait for a patch before you purchase this game." He notes that although the game was delayed for a few months, "it looks terrible. The graphics look really, really bad. They move like robots. The AI is running into the stage."

Neither 2k nor Blind Squirrel Games, who helped with the Switch version, responded to requests for comment.

Switch ports might not have the mind-blowing fidelity the Xbox One X is touting, and we give them some leniency because, well, the Switch is handheld - but this one looks pretty bad. As the self-described "most realistic WWE game ever", we hope publishers are referring to some previously unknown form of space wrestling.